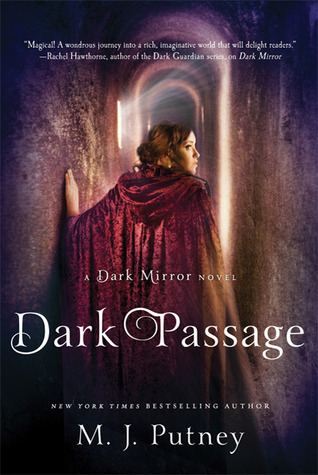 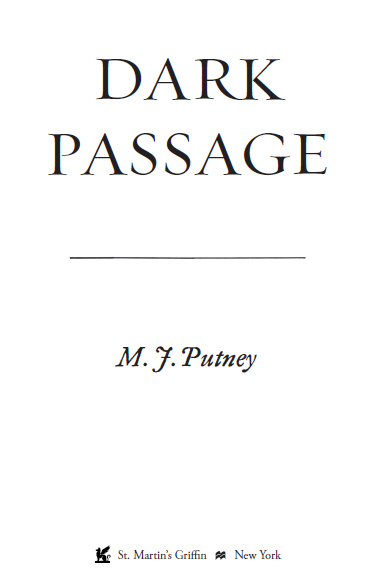 To my wonderful editor, Sara Goodman, and my agent, Robin Rue, who helped me become a YA author

Tory had almost reached her destination when a machine gun blasted crazily from the farmhouse ahead. As Lady Victoria Mansfield in her own time, she’d been taught to dance and manage a household and embroider, rather badly. As a mageling and a member of Merlin’s Irregulars, she’d learned to dive for cover when she heard gunfire.

She hit the ground hard and took refuge under the hedge on her left, grateful for the darkness. Clamping down on her fear, she peered out from under the hedge.

The machine gun was being fired in bursts. Sparks spat from the muzzle that stuck out of a window on the upper floor. The weapon wasn’t aimed in her direction, which was good. But damnably, it was aimed at the small barn that sheltered the people she’d promised to protect.

Another thing she’d learned in 1940 was swearing. She muttered some words that would have shocked her parents, the Earl and Countess of Fairmount, speechless.

She had to stop that rain of death, and quickly. But how? She was no warrior. She was an undersized sixteen-year-old girl who looked even younger. She wouldn’t know what to do with a gun if it was handed to her fully loaded.

But she was a mageling, and she could draw on the magical power and talent of her friends. She studied the small stone house. It was old and simply constructed, two stories high. Probably just two rooms downstairs and two on the upper floor.

The building was dark except for the room where the machine gun was placed. Likely the inhabitants of the place had fled when their home had been commandeered.

If she was able to get into the house and come up behind the men with the machine gun, she should be able to do—something. Exactly what would depend on what she had to work with.

Cautiously she worked her way around the house, glad she was carrying her stealth stone. It didn’t make her invisible, but it would make the men less likely to notice her. Bullets were brainless and harder to mislead.

Like most old houses, the windows were few and small. She tested the back door. Locked. On the floor above was a casement window that looked large enough for her to climb through. Since it might also be locked, she selected a rock the size of a large man’s fist from the stone border around a flower bed. Then she turned her mind inward to focus her special magic.

Click!
She began to rise, skimming her left hand along the stone wall until she hovered next to the window. She tried unsuccessfully to open it.

Could magic muffle the sound of breaking glass? She hadn’t tried that before, but it should work. Doing magic was mostly a matter of focusing magical power on the desired result—and Tory had a great deal of power.

She concentrated on silencing the sound, and for good measure she waited for the next burst of machine-gun fire. Smashing the rock into the right-hand casement sent shards of glass flying, nicking her wrist.

The breaking glass made very little sound, but even so, she waited to hear if she’d been noticed. Coarse laughter came from the front of the house. A man spoke. French, not German. Collaborators of some sort, perhaps police working with the Nazis. Their raucousness suggested that they were drunk and amusing themselves by shooting up the flimsy barn that sheltered helpless people.

One of them made a sneering remark about killing filthy Jews. For a red-rage moment, Tory wished she had a gun and knew how to use it.

But magic was her weapon. She felt inside for the window latch. It was badly stuck, so she gave it a little blast of power. The lock opened but her hovering bobbled as she diverted energy. She was using up power at an alarming rate.

She wrenched the casements open and glided into the dark room. After catching her breath, she cautiously created the dimmest possible mage light. The room was a simply furnished bedroom. The bed looked rumpled, as if the sleepers had left in a hurry. That would also explain why the door had been left ajar, enabling Tory to hear the voices.

As she’d guessed from outside, the primitive cottage would have been old in her own time. Gnarled beams ran across the ceiling. Good.

The door opened to a short corridor that led to the stairs and the other bedroom at the front of the house. The door to the other room was open, revealing three men in French police uniforms, the machine gun, and bottles of wine or spirits.

With only the barest of plans, she walked softly toward the front room. She had just reached the doorway when one of the men turned and looked right at her. He blinked uncertainly, but the stealth stone wasn’t enough to conceal a direct stare.

He lurched to his feet. “It’s a little girl! Must have hidden here when the rest of the family ran.”

A second man turned, then smiled nastily. “Old enough that we can use her.”

He lurched toward Tory. Even six feet away she smelled the alcohol on his breath. Her rage flared again. These men shot at the innocent and were ready to assault a female they thought to be a child. Drawing her focus to blazing intensity, she drew masses of power from her friends, most of all Allarde’s special talent.

When she’d gathered her strength, she made a furious sweeping gesture with one arm at the beams.
“Enough!”
she cried as she pulled down the front half of the roof.

The massive beams smashed into the men and their horrible gun. Tory threw herself out the door in a rolling tumble as the male shouts abruptly cut off. The remaining roof beams began to groan ominously.

Devil take it!
The whole cottage was collapsing!

She scrambled to her feet and raced to the back bedroom, diving out the open window before the roof could crush her. Something hard crunched into her left arm and she barely managed to catch herself before crashing into the ground.

With the last of her power, she managed to roll and turn her fall into a safe landing. She folded into an exhausted ball, panting. Her left arm hurt like Hades and blood was saturating her sleeve, but at least she’d escaped. The three shooters hadn’t.

She rested her head on her bent arms as she fought the pain and the horror of knowing that she’d just killed or seriously maimed three men. They were beasts, but she hadn’t wanted their lives on her head.

She drew a shuddering breath. She had
sworn
that she would never return to the future again. Why the devil was she here?

Because she had no choice.

Traveling through time was not for the faint of heart. Lady Victoria Mansfield wiped damp palms on her skirt as she contemplated being torn into screaming pieces, dragged through a magic mirror, and dropped one hundred thirty-seven years in the past, exhausted and ravenous. But this was the only way home.

She surveyed her friends. “Everyone ready to brave Merlin’s mirror again?”

There was a mutter of assent, with Lady Cynthia Stanton’s edgy “I want to get this over with!” the clearest comment.

Elspeth, flaxen-haired and fey, said to Cynthia, “Since you had the most difficult time coming through the mirror to get here, take my hand and I’ll see if I can send you extra energy to make the trip easier.”

Cynthia nodded ungraciously—she was often ungracious—and took Elspeth’s hand on one side and Allarde’s on the other. Allarde, dark-haired heir to a dukedom and a powerful mage, gave Cynthia an encouraging smile. Though he was jaw-droppingly handsome, Tory loved his kindness even more than his looks.

He laced the fingers of his other hand through Tory’s. Energy sparked between them. She always felt calmer and stronger when they were together.

The last of her group, Jack Rainford, clasped Elspeth’s hand to complete the line of magelings. “Lead on, Tory!” He wiggled his blond brows at her. “But if you take us to the wrong century, I’m going to be very, very cross.”

She smiled innocently. “Do you want to lead us through the mirror, Jack? I’ll be happy to defer to you.”

He looked horrified. “I’ll stick to weather magic, thank you. You’re the expert on traveling through time.”

A wise choice on his part. Jack was surely the best weather mage in England in 1940, and quite possibly would be the best when they returned home to 1803. But Tory seemed to have the most talent for moving through the mirror portal to other times—and taking others with her.

Tory gave a last smile to the four twentieth-century friends who had come to see them off. “Good luck and stay safe.”

“If you ever come back, we’ll find beds for you,” Nick Rainford said with a grin. His family was descended in some way from Jack’s family, and he and Jack shared similar blond good looks. They could easily pass as brothers.

Tory smiled, but they all knew it unlikely they’d ever see each other again.

She turned to the end of the chalk tunnel and raised her right hand. Though the time travel portal called Merlin’s mirror wasn’t yet visible, she could feel the burn of its magic. Summoning all her power, she visualized the time and place of their destination.

Take us back through time. Return us to Lackland Abbey in 1803. Take us to just a few minutes after we left. Take us home …

Magic was mostly a matter of will, and she had plenty of stubbornness as well as a talent for invoking the time portal. As she concentrated, a tall silver mirror shimmered into view. For an instant she saw the five of them reflected, somber and dressed in the clothing of their own time rather than the strange garments of 1940.

Stepping forward, she laid her palm against the mirror. The silver surface turned black—and she pitched into the abyss, dragging her friends behind her.

Passing through time was getting a little easier with practice, though not by much. Tory still felt as if she were being torn into small pieces and reassembled. But for the first time her mind was clear enough that she sensed other pathways through the dark screaming chaos. Other portals leading to … different places? Different times?

Allarde’s hand held hers in a death grip. Through him she felt the energy of the others, like notes of music.

Tory returned to normal space with wrenching abruptness. She collapsed on a cold chalk floor, the others crumpling down behind her. She almost passed out, but this time she managed to stay aware.

After a dozen gulping breaths, she sat up and surveyed her surroundings. Mage lights glowed on the ceiling. She may actually have succeeded in bringing them home the same night they’d left.

“That is a really terrible way to travel,” Jack groaned as he sat up.

“A massive understatement,” Elspeth said raggedly. “Are you all right, Cynthia?”

There was no reply. “Cynthia? Cynthia!” Elspeth rolled to her knees and laid her hands on the other girl’s forehead and midriff. “She’s not breathing!”

Branded by Keary Taylor
Janet McNulty - Mellow Summers 01 - Sugar And Spice and Not So Nice by Janet McNulty
Stonewall Goes West: A Novel of The Civil War and What Might Have Been (Stonewall Goes West Trilogy) by Thomas, R.E.
Accidental Action Star by Emily Evans
Being Grey (Beings Trilogy) by Gina Keliher
Mr. Cavendish, I Presume by Julia Quinn
Uncharted Stars by Andre Norton
Mark of the Witch (Boston Witches) by Jessica Gibson
The Song of Kahunsha by Anosh Irani
My Spartan Hellion by Nadia Aidan
Our partner