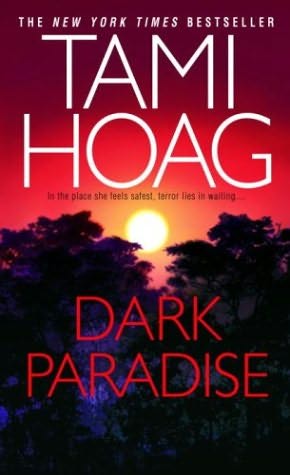 Grateful acknowledgment is made for permission to use lyrics from "Cry

Like an Angel" by Shawn Colvin and John Leventhal. Copyright 0 1989 AGF

any means, electronic or mechanical, including photocopying, recording,

or by any information storage and retrieval system, without permission

in writing from the publisher.

book is stolen property. It was reported as "unsold and destroyed" to

payment for this "stripped book."

Published simultaneously in the
United States and
Canada

Doubleday Dell Publishing Group, Inc. Its trademark, consisting of the

words "Bantam Books" and the portrayal of a rooster, is Registered in

U.S. Patent and Trademark Office and in other countries. Marca

PRINTED IN THE
UNITED STATES OF AMERICA

Inspiration comes from everywhere and from nowhere, from life and from

dreams and from places that have no names. It comes most often in small

pieces as tiny and bright as diamonds. I catch them when I can and hold

them tight. I wish on them like stars and from them come the seeds of

the course of time. I have a number of people to thank for those diamond

lights. Mary W., for striking a spark half a decade ago. Mary-Chapin

Carpenter and Shawn Colvin, songwriters whose gift for touching the soul

with words continually leaves me in awe.

Philip Aaberg, Montana-born pianist who can transport me west with a

handful of tender notes and the exquisite silences between them. John

gone from all but my memory and my heart.

Also, thank you to fellow Bantam author and agency sister Fran Baker for

your generous donation of information on the life of a court reporter.

Thanks, Don Weisberg, for the Feed and Read. Thanks to C.B. and M.E.F.

for your spirited bidding in support of MFW and my ego.

Readers, I hope you enjoy this trip to
Montana
. It is a place of unique

and spectacular beauty, at once tough and fragile, timeless and

threatened, as is the American West itself. It is a place where the

incredible, boisterous spirit of the frontier can still be felt, and

where it can be felt slipping away like sand through grasping fingers.

She could hear the dogs in the distance, baying relentlessly. Pursuing

Christ, she was going to die. The thought made her incredulous. Somehow,

she had never really believed this moment would come. The idea had

to cheat the grim reaper, that she would be able to deal her way out of

managed to beat the odds. Her heart fluttered and her throat clenched at

the idea that she would not beat them this time.

The whole notion of her own mortality stunned her, and she wanted to

stop and stare at herself, as if she were having an out-of-body

experience, as if this person running were someone she knew only in

passing. But she couldn't stop. The sounds of the dogs drove her on. The

instinct of self-preservation spurred her to keep her feet moving.

She lunged up the steady grade of the mountain, tripping over exposed

roots and fallen branches. Brush grabbed her clothing and clawed her

bloodied face like gnarled, bony fingers. The carpet of decay on the

forest floor gave way in spots as she scrambled, yanking her back

precious inches instead of giving her purchase to propel herself

forward. Pain seared through her as her elbow cracked against a stone

half buried in the soft loam. She picked herself up, cradling the arm

against her body, and ran on.

Sobs of frustration and fear caught in her throat and choked her. Tears

blurred what sight she had in the moon-silvered night. Her nose was

broken and throbbing, forcing her to breathe through her mouth alone,

and she tried to swallow the cool night air in great gulps.

Her lungs were burning, as if every breath brought in a rush of acid

instead of oxygen. The fire spread down her arms and legs, limbs that

I should have quit smoking. A ludicrous thought. It wasn't cigarettes

that was going to kill her. In an isolated corner of her mind, where a

strange calm resided, she saw herself stopping and sitting down on a

aerobics class, when the first thing she had done outside the gym was

light up. Nothing like that first smoke after a workout. She laughed, on

the verge of hysteria, then sobbed, stumbled on.

The dogs were getting closer. They could smell the blood that ran from

the deep cut the knife had made across her face.

There was no one to run to, no one to rescue her. She knew that. Ahead

of her, the terrain only turned more rugged, steeper, wilder. There were

no people, no roads.

There was no hope.

Her heart broke with the certainty of that. No hope.

Without hope, there was nothing. All the other systems began shutting

She broke from the woods and stumbled into a clearing. She couldn't run

another step. Her head swam and pounded. Her legs wobbled beneath her,

sending her lurching drunkenly into the open meadow. The commands her

brain sent shorted out enroute, then stopped firing altogether as her

Strangling on despair, on the taste of her own blood, she sank to her

knees in the deep, soft grass and stared up at the huge, brilliant disk

of the moon, realizing for the first time in her life how insignificant

she was. She would die in this wilderness, with the scent of wildflowers

in the air, and the world would go on without a pause. She was nothing,

just another victim of another hunt. No one would even miss her. The

No one would miss her.

No one would mourn her.

Her life meant nothing.

She could hear the crashing in the woods behind her.

The sound of hoofbeats. The snorting of a horse. The dogs baying. Her

She never heard the shot.

It started out as a bad hair day and went downhill from there," Marilee

Jennings said aloud as her Honda crossed the border into
Montana
. She

others in the ashtray.

friendship. Whenever either of them began a conversation with that line,

it meant the other was to provide the Miller Lite, the pizza, and the

shoulder to cry on. Usually, they ended up laughing. Always they ended

They had met in a stress management course for court reporters. After

cigarettes, liquor, and shop talk, they walked out of the meeting room

The bond had been instant and strong. Not a cloying friendship, but a

relationship based on common ground and a sense of humor. They both

worked on their own, hustling for government contracts and working for a

of transcripts and subpoenas and fending off amorous advances of legal

beagles in heat. They both saw the kinds of ugliness people could resort

to in labor-management disputes, and took down in the secret code of

their profession first-person accounts of everything from the

absurdities of divorce battles to the atrocities of murder. They shared

demanded perfection, the headaches of dealing with arrogant attorneys

who wanted everything but the bill in twenty-four hours, then went for

months without bothering to pay them. And yet, in many ways, they were

as different as night and day.

Lucy liked the glamour attached to the people she worked for. She

six months because sameness bored her. She looked at the world with the

narrow eyes of an amused cynic. Her insights were as sharp as a stiletto

and so was her tongue. She was ambitious and ruthless and wry. She

adored the limelight and coveted the lush life.

Marilee clung at the the weary hope that people were essentially good,

even though she had seen that many were not. Appearances seldom

women as they ran to their BMWs, charge cards in hand, to race to the

latest sale at Nordstrom's. She had no aspirations to fame or fortune

and dreamed mostly of a quiet place where she could fit in unnoticed.

Their differences had only served to balance their relationship. They

had shared a lot in those late-night beer and bullshit sessions. Then

Lucy had come into some money, chucked her job, and moved to
Montana
,

and while the bond between them hadn't broken, it had been stretched

The intervening year had been a long one. Marilee had missed her friend.

Neither of them was good about writing letters, and time slipped by

between phone calls. But she knew the friendship would still be there.

turned on every other aspect of her life. All Marilee would have to do

would be to step out of her car, shrug her shoulders, and say, "It

started out as a bad hair day and went downhill from there."

Her eyes darted to the rearview mirror, betraying her as the tide of

depression tried to rise again inside her. She frowned at the state of

Who was she kidding?

Her whole life had been a series of bad hair days.

While her two sisters had inherited their mother's champagne-and-satin

locks, Marilee had been given a tangle of rumpled raw silk with dark

roots that turned nearly platinum at the ends. It was an unmanageable

mess, and she wore it sheared off just above her shoulders in a bob that

somehow never lived up to the description of "classic" or "stylish."

wilder than she ought to be; she didn't match the rest of her family;

she never quite lived up to expectations.

"It doesn't matter, Marilee," she declared, leaning over to shove a

To Have and to Hold by Deborah Moggach
You Mean I'm Not Lazy, Stupid or Crazy?!: The Classic Self-Help Book for Adults With Attention Deficit Disorder by Kate Kelly, Peggy Ramundo
Dominant Predator by S.A. McAuley
Scandal's Bride by STEPHANIE LAURENS
Thorns in Eden and the Everlasting Mountains by Rita Gerlach
Salem’s Lot by Stephen King
Mr. Kiss and Tell by Rob Thomas
A tres metros sobre el cielo by Federico Moccia
Mrs. Jeffries and the Best Laid Plans by Emily Brightwell
Whispering Death by Garry Disher
Our partner