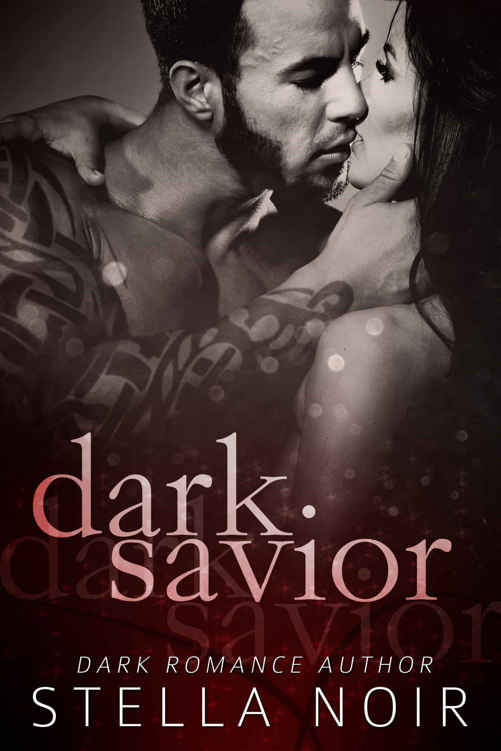 Thank you for reading!

Thank you for reading!

Pain and grief. It’s all I’ve known for a long time now.

I want to forget about it, even if it’s just for a few minutes. What I wouldn’t give for a few fleeting moments not shrouded by the agony of loss and regret.

He may be able to give me just that. When his hand touches my cheek in that intimate gesture, I’m instantly reminded of the warmth that used to fill my life before I lost everything. The love, the comfort. A place where I belonged. Those moments have always been short-lived - but why not have another interlude to numb the ache that’s consuming me now?

“Please,” I whisper with my eyes closed. “Take it away.”

I can feel him tense up immediately. Is he scared? What does he have to be scared of? He brought me here, he persuaded me to come with him and he left me in this apartment by myself for hours without knowing anything about me. For whatever reason, he trusts me.

But do I trust
him
?

All I know is that I feel drawn to him. His touch is comforting, his looks mesmerizing and I’m attracted to his his claiming demeanor more than I'm willing to admit.

When his warm hand strokes along my cheek, I couldn't help but reach for it and hold it in place. I want to be touched by him, and the warm tingling between my thighs suggests that I want a lot more from him than that. I want to feel him inside of me. I want to consume him and take as much of him as he is willing to give me, to make myself feel better.

I’m selfish, but I deserve to be.

He said that he doesn't have to force women to sleep with him, they usually come to
him
. I hate to think that I should be as easy as the women he spoke about, but I don't want to fight the hold he has over me just because of that.

Besides, what do I have to lose? If things had gone as planned, I wouldn't even be here anymore. I would be completely free of these troubling thoughts.

It's amazing how a failed attempt to end one's life can lead to such an indifference, a carelessness I never would have exhibited before.

I'm here with him because I don't care about anything anymore. Because I don't know where to go, where to be, how to continue living a life that has lost all meaning to me.

And I'm here because it's the only thing I know I want. To be with him.

He took care of me when I thought I was long past needing anyone to take care of me. I almost feel guilty for wanting even more from him. Dirty. Wrong. He’s still a stranger, possibly dangerous, and so ripped and strong that he could tear me to pieces.

He lets a few seconds pass before he frees his hand of my touch, withdrawing it in a swift move. I open my eyes and look up to him, searching for an explanation. Our eyes meet, and the hazel color of his doesn't betray a clue about what he's thinking. It seems as if he's searching for an answer just as much as I am, but instead of saying anything, he lets his actions speak.

He leans forward and wraps his strong arms around my upper body, easily lifting me up from the bar chair. I follow his intention and wrap my legs around his torso while he repositions his hands below my ass, grabbing both cheeks with so much force that a surprised gasp escapes my mouth.

He smirks at me as he presses my lower body against his pelvis while my arms rest on his shoulders.

He leans in for what I expect to be a kiss, but he aims for my neck instead, gently skimming along the side of my throat with his lips. I lift my chin, my eyes rolling back into my head. He starts nibbling at the sensitive skin below my ear, barely touching but provoking me with his teeth. He only intimates biting down on my skin, but the threat is always there, in his every taste, as tender as he may be.

"Be careful what you wish for," he warns, breathing at the side of my exposed neck. “I may be too much for you.”

“All right,” he says with a husky voice. "Let's see if I can fuck this devil out of your system."

He leans forward and claims me with a kiss. It's not just any kiss, not a shy approaching between two strangers, but a hungry yearning for each other. As soon as his lips meet mine, his tongue follows, exploring my mouth with an eagerness I have never experienced before. This man wants me like no other, and my heart starts racing at the realization that I feel the same way about him.

We stay absorbed in our longing kiss as he carries me, my legs tensing up around his muscular waist. He is so strong, hard and buff, the contrast between us unmatched.

One of his hands wanders up along my spine, forcefully pressing me more tightly against himself when he turns around and carries me over to the sofa.

I don't want to let go of him, but I involuntarily relinquish my hold on his waist when he releases me, placing me on the sofa, and then hovering over me as I lay on my back, panting with need as our eyes meet.

He pauses and places a quick kiss on my mouth before he continues.

"Remember the pleasure you were trying to leave behind," he adds. "Today, all that pleasure will be mine to give. You'll moan and scream, and you'll come for me like a good girl."

Even in my lust-filled daze, I know what he’s saying.

No strings, no attachments. This is not the beginning of a relationship. He doesn’t want responsibility for a suicidal creature like me - and I don’t want to load that shit onto him.

He finds the hem of the shorts he gave me with surprising speed. I instinctively cross my legs after he pulls the shorts down my legs, leaving me naked and exposed beneath him.

But he doesn’t let me be ashamed. His lips are back on mine, and in that same moment, I can feel his hand forcing its way between my legs. I groan with arousal and shame when he parts my lips and a slick noise reveals his finger entering my wetness. Heat rushes to my cheeks, but instead of trying to close my legs again, I find myself spreading them further apart to give him more access.

Fuck, he’s good. His motions are as demanding and relentless as they are gentle and skillful. He knows what he’s doing down there, his finger circling my throbbing clit with calm but forceful moves. He applies pleasure in just the right spot, leaving me moaning and begging for more every time he pulls his finger away.

I’m trying to move underneath him, squirming with need, but he pins me down with his upper body, his lips and both of his hands. While he’s pleasuring me with one hand, the other finds its place on my head, holding and stroking me in a calming motion.

It’s been so long since anyone has touched me like this, an eternity since I’ve had these feelings streaming through my body. I’m dangerously close to a climax I don’t yet want to reach.

But when he pushes his finger inside of me, continuing to rub my swollen nub with his thumb, I can feel the first waves approaching.

“No, no!” I call, almost biting both of our tongues.

He stops kissing me and moves his face about two inches away from mine.

My eyes find his, but I’m barely able to focus on the mysterious hazel orbs looking down on me. “No! I’m gonna c—”

“Yes, you are,” he interrupts, intensifying the pressure against my clit. “You’ll come on my hand like a good girl. Now!”

While my brain is still debating the good and bad in all of this, my body is keen to obey his orders. I’m overwhelmed by waves of pleasure as my release washes over me. A deep groan escapes my lips, and I would feel embarrassed about it, if the sensation that brought it to life wasn’t so inconceivably amazing.

This man has known me for just a few hours, yet he manages to let my body explode into the most intense orgasm I have ever had. It’s too good, too strong. I feel tears threatening to flood down my face my face.

He doesn’t stop the bliss just yet. A short pause is all he grants me, watching me as I breathe erratically beneath him, trying to process the overwhelming pleasure.

“One,” I hear him whisper next to my ear.

I stare up at him in disbelief. I’ve never come more than once at a time. What makes him think he could change that?

He straightens up and pulls his sweater over his head, exposing the sculptured chest of a fighter. His broad upper body is covered with scars and he sports a tribal tattoo that covers his entire right arm. It’s insanely sexy, this taste of danger.

I want to reach up and touch him, but he grabs my wrists and pins my arms down above my head, holding them in place with one hand while the other reaches for the hem of the oversized sweater he gave me. He tugs it up over my face, exposing my naked breasts to his eyes but shielding them from my own view.

I want to protest that this is not fair, but he silences me by starting to suck on my left nipple.

All the Lucky Ones Are Dead by Gar Anthony Haywood
After Burn by Mari Carr
Spellbound (Spellbringers Book 1) by Tricia Drammeh
Thieves! by Dennison, Hannah
Michal by Jill Eileen Smith
Beyond the Pale by Jak Koke
Otherbound by Corinne Duyvis
Champions of the Apocalypse by Thomas, Michael G.
Five on a Hike Together by Enid Blyton
Cougar Confessions #1: Alicia by Ryan, Jessica
Our partner