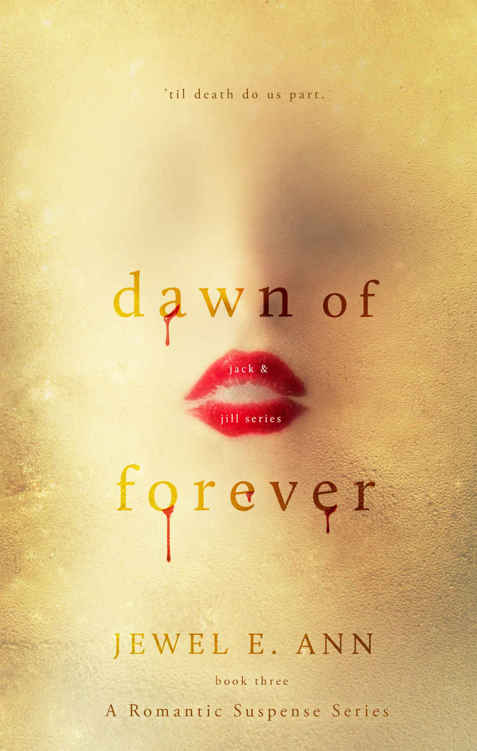 This book is a work of fiction. Any resemblances to actual persons, living or dead, events, or locales are purely coincidental.

For my readers, I “adore” you.

“J
ude! Stop!” Sunny
Day held up the long skirt of her evening gown as she chased her seventeen-year-old son out the front doors of the de Young Museum.

Jude couldn’t breathe, yet his legs propelled him … away from the woman impersonating his mom. Away from what he saw. Away from his life falling apart.

She was right. He didn’t understand. How could he? No explanation on Earth could justify what she did.

“Please …” Her plea broke with a heart-wrenching sob.

As if he hit an invisible wall, he stopped—chest heaving, heart hardening into a four-chambered prison of bitterness.

Sunny rested her hand on his shoulder. He jerked it away, keeping his back to her.

“You’re old enough to hear the truth. I’m not going to lie to you.”

Why was she crying? The tears she wiped from her eyes meant nothing.

“We met when we were five. To say we were inseparable would be an understatement. He was the first boy who held my hand, the first boy I kissed, the boy who took me to all my homecomings and proms. He was my first everything. Then he enlisted in the military and left me. I waited for him for five years, but he kept reenlisting and his career ambitions crowded me out of his life. I wanted a family … I wanted a life.”

“I don’t care.” He gritted his teeth. Heat flushed through his body as his muscles tensed to the point of quivering.

The stranger before him clutched her body, holding herself together. Her voice thickened with pain. “Someday you’ll understand. Someday you’ll fall in love and it will brand your heart forever. And if life keeps you apart, you may invite others into your heart, but it will never truly be theirs. One stamp. One person.”

She cast her eyes to the ground on a long, slow sigh. “I’m leaving your father after you and Jessica start college next fall. I wanted to wait until next summer to say anything. I know Jessica will take it hard, but she’s a strong young woman. I know you two are close and you don’t have secrets, but if you love her, then you need to think about what’s best for her during her last year of high school.”

Jude leaned forward, demanding she look at him. “If I love her? Do you hear yourself? How can you preach to me about love when the only person you love is yourself and that fucker who had his hands all over you!”

A second round of tears filled his mother’s eyes. He felt nothing.

“I love you and Jessica—”

“No! You just said one stamp. One person.”

“It … it’s not the same.” She shook her head, pressing the back of her hand beneath her nose as sobs racked her body. “The love I have for you is a different kind of love. It’s unconditional. You and Jessica are not my heart, you’re the beat. You’re my life, my world. There’s nothing I wouldn’t do for you, and I’ve spent the past seventeen years proving it. I’ll spend the rest of my life loving you, being here for you, protecting you …”

Love didn’t exist, at least not the way he thought it did. Jessica was daddy’s girl, but Jude idolized his mom. Sunny was president of the PTO, organizer of fundraisers, keeper of schedules, the bright face in the front row at all their school events, the hug before bed and kiss on the cheek in the morning. She kept a tidy house, baked, cooked, mended clothes, and always … always made everyone feel loved.

More than that, she was the loving wife. Jude knew it. He saw it in the adoring looks she exchanged with his father, the hand-holding, the playful banter, the patience she showed when his job got stressful. She was the glue that held everyone together.

J
ackson Knight made
one call to set everything into motion.

“Dodge, it’s Jackson Knight. Sorry to disturb you on Thanksgiving, but I have some bad news …”

AJ’s head rested against the PT Cruiser window. It felt as cold as the voice outlining the events of his death … only he wasn’t dead—
yet
.

He died in his sleep. Jillian found him. The body was taken from his house to prepare for transport back to Portland.

The car slowed as the hum of pavement turned to crunching gravel beneath the tires. Jackson cut the engine.

“W-w-where a-are we?” The option of dying with dignity no longer existed.

The lack of Jackson’s response confirmed it. Jillian would hate them both.

“You can’t keep anything down, so I can’t really offer you a last meal. Do you have any other last requests?”

When Cage flew to Portland for the weekend, AJ said his final goodbye. Neither of them acknowledged it was the last goodbye, but when his college quarterback son clung to him with the desperation of a five-year-old boy, the tears said all that needed to be said.

Life is not fair.

His father would understand. His mother would not, and neither would Brooke. Women were built to nurture and carry hope beyond all reason. Even Jillian, with her ironclad heart, succumbed to her own vulnerability when she begged him to go back to Portland with her. In that moment she was no longer his
real
. If he were honest with himself, he lost that Jillian on a private jet from Houston to Omaha. She died in his arms that day, but he didn’t know why.

“Everything?” Jackson grunted a laugh. “If I tell you
everything
, there’s no going back. Right now, you could ask me to take you back to her and I would. Once I start this story, the only way it will end is with you dying. Understood?”

AJ married the first woman he truly loved. Minutes after Brooke gave birth to their son, he watched Cage’s tiny fingers wrap around his pinky finger, claiming his heart. He took a bullet for a comrade on the battlefield, serving his country with pride. Fuck the PTSD. AJ lived a good life. A life that ended with the love of a woman who took him in a show-me-your-worst-and-I’ll-love-you-even-more way.

“Un-der-stood.” He closed his eyes and never opened them again.

“Her name was Jessica Mauve Day, born and raised in San Francisco—daughter to Grant and Sunny, sister to Jude. She has elite tactical and self-defense skills. At seventeen, she and her best friend were kidnapped by a serial killer. Her friend died from forty-four slashes to her flesh, the final one to her femoral artery. Jessica survived because that’s what she is … the ultimate survivor. One of the kidnappers died from forty-four slashes to his flesh, the final one to his femoral artery. The other kidnapper died at a rest stop in Wyoming several months ago from a broken neck, but the official report called it heart failure. Can you guess who killed them?”

AJ had no more to say.

“She fell in love with her psychiatrist and they lived together with their dog until our parents were killed last year. Our father was an undercover DEA agent until someone blew his cover. As a result, Jessica and Jude had to die too, so that Jillian and Jackson could live. She’s fucked-up in ways I don’t think anyone will completely understand. But if I’m honest, all she’s ever really wanted is a sense of normalcy and someone to love.”

Jude Day took the lives of twenty-three people. Jackson Knight killed one man—a mercy killing. After Jillian killed Trigger, Jackson swore he’d never let his sister take another life. AJ would have asked her to take his. Pain makes a person desperate, and Jackson had never seen so much pain bleed from one man.

She would hate him. He would accept it. They would survive. It’s who they were.

A single candle flickered on AJ’s dining room table. Jackson stepped over the shards of glass and scattered roses in a pool of water on the floor, the wall still wet from impact.

“If you touch me … I. Will. Kill. You.” Jillian’s hoarse voice ripped through the silence.

He stood over her. She hugged
the
cloth napkin to her chest, body curled into fetal position on the floor.

“Then you’re just going to have to kill me.” He bent down to pick her up.

A stabbing pain stopped his motion. Wrath-filled eyes narrowed at him. Jackson grabbed her wrist—her bloodied hand still gripping the long dagger of glass lodged into his shoulder.