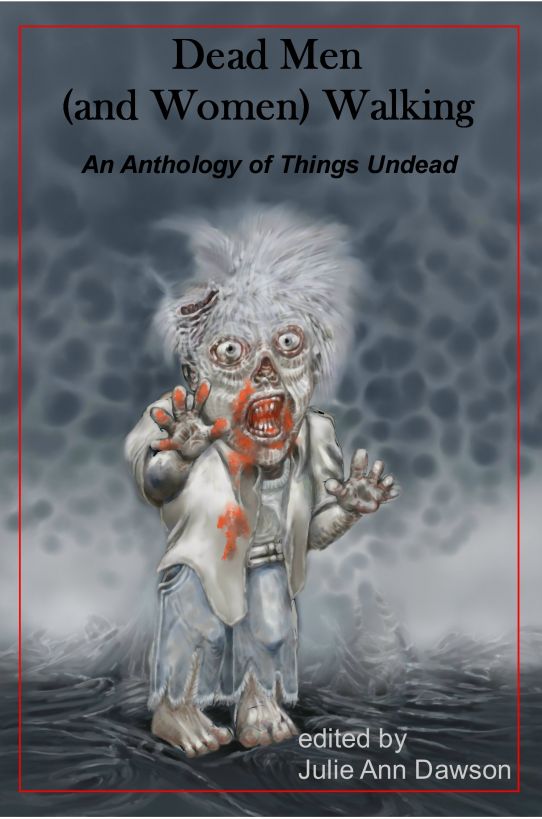 An Anthology of Things Undead

This ebook is licensed for the personal
enjoyment of the original purchaser and should not be copied,
transferred, distributed, traded, or sold to third parties without
the expressed written permission of the authors. Please respect the
copyright of the authors by not sharing unauthorized copies.

The only one in the family
ready for the zombie apocalypse

Under Cover of
Darkness

Adam and Eve Versus the Human
Race

The Consequence of
Curiosity

Alone in the
Dark

The Fountain of
Youth

Shop ‘Til You
Drop

Under a Blanket of
Blue

Every Time I Close My
Eyes 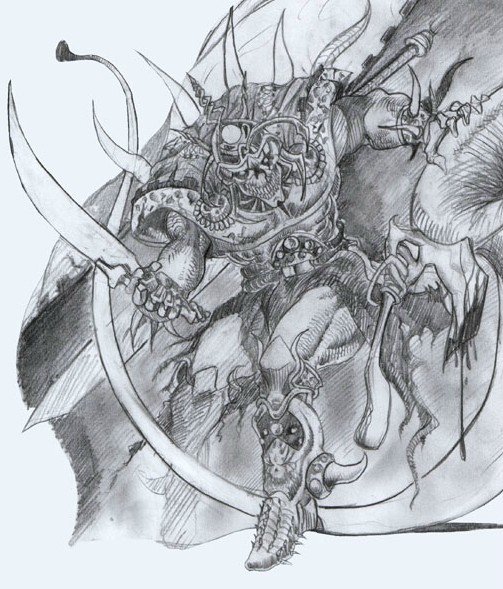 "A dead man does tell
tales,"

Their screams filling the
room

as the laughing lips of the
dead man

tell tales that are his
own.

Under Cover of Darkness

Digging through the
dampness

they rise from their graves

and spread among the alleys

ADAM AND EVE VERSUS THE HUMAN RACE

Our pact had been simple: If
one of us goes, the other follows.

Pacts and treaty promises
are easy for the young and love-struck, especially during dire
times.

These are dark times we live
in, love in.

I look to her, huddled down
beneath the filthy blanket beside me. Her warmth reassures me.
We’re alive. Her soft breathing soothes me but I know I won’t sleep
again tonight. Sleep has become a precious gift, these
days.

Shafts of moonlight slice
through the fissures in the derelict barn’s roof, illuminating hay
bales and discarded saddling gear below us. We’d let the horses go
when we found this place. We don’t know how to ride and the terror
in their black eyes was painful to look at. They smelled the death,
or whatever it is. They sensed it shambling in the country all
around us, too. We freed them and heard them canter off into the
night. I hope they’re safe. I hope they stay fleet of foot when
they need to be, and run on into tomorrow.

I can just make out the
outline of her profile beside me. We’re situated far from the
horizon lines of moon glow stretching across the straw floor. We’re
up high on the creaking loft floor, deep in shadows where no eyes
can pierce. I lean in close and kiss her softly on her cheek. I
make sure to do this very carefully. I don’t want to wake her.
Sleep is a gift now, and waking into new days only brings tears and
hurt.

I hope she’s dancing in her
dreams, the way she once used to, and I hope she feels warm in that
picture.

I’d truly caught her for the
first time in the hallway, not the gymnasium itself where we spent
all our time practicing.

There were no teacher’s
assessing her pirouette and fall and my easy catch and maybe that’s
why it turned into our first kiss. Her lips were warm and she felt
perfect in my arms, just the right size bundle of girl for me to
hold.

Our program specialized in
academic snobbery and we followed suit: We were two against the
school, and the rest of the world, too. Because it was easy to be
strong. Because everything’s easy when you have a new love on your
arm.

It would remain this way
forever, we told each other every night while cuddling in the
library or touching each other in her bed or mine. We relished the
act of proclaiming this to each other and did so at any
opportunity. We became inseparable, at school and outside of it.
This lasted for years.

We graduated from our
program and I cracked my ankle on a warm-up run two hours before
show-time. The injury left tiny bone fragments inside my muscle
which took surgery to remove. My ankle never fully recovered and I
can now predict inclement weather like my arthritic mother used to,
in my unhealed bone and tissues.

And Maria never danced again
either. For you, she’d told me, when I’d seen her trunk all packed
with old souvenirs, awards and certificates, medals and her first
pair of threadbare ballet slippers. For me, she decided to give up
a career of theatre and teaching others how to soar on the air.
Because how could she dance without me completing the pair that was
us, always us?

Such romantics, we’d always
joked, knowing it was true. Knowing we were in it together for the
long haul, as they say.

It might have been the
single moment that linked us most inextricably. Standing in the
stuffy locker room space with her packed trunk beside us, sobbing
into each others’ ears while we held one another tightly, looking
as bravely as we could into our shared tomorrow.

And life went on, in its
strange and meandering ways. New job paths explored and discarded,
others kept and fulfilled dutifully if not happily. At least we’re
together: It became our mantra, and it really did make it all
better. At least each other, and who cared about the rest of the
world when ours was this reliable and familiar?

And life went on, in its
strange and unpredictable ways.

Maria calling to me that
first morning, waking me from sleep at some too-early A.M. hour.
With gummy eyes, staring at the television with her fingers icy and
laced through mine in my lap. We watched the flickering screen
silently and we didn’t speak for a long time after we’d turned it
off and sat numbed in our bedroom darkness.

The end had
arrived.

It was that simple,
according to some. The world we all knew turning into an obscene
mirror version of itself. Hell walking inside the vessels of the
resurrected, or some such fantastical stuff.

It was lunacy. It was random
lunacy in a suddenly disordered universe. Or it was a hoax. A mass
joke which no one understood but when they finally did would all
share a relieved laugh and realize with huge epiphany that their
lives weren’t so unfortunate after all.

We heard the screams from
the street several minutes later. The truth of the television
people’s words struck us. We held each other. I think we cried but
I can’t be certain. We were numb and cold and scared. We tried the
telephone but there was no signal, just like in the movies.
Everything became dramatic: The power going out, the police sirens
wailing like lost children in the street darkness, the terrible
moaning which grew louder by the minute as more and more fragments
of some hell we couldn’t fully fathom found their shambling way
into our suddenly changed lives.

It was only a day or so
before we abandoned all hope for our friends and families. The
thing had spread everywhere; the television told us before every
channel became single-color emergency signal screens and
silence.

We changed, Maria and I,
during those early days. We peered from our third floor windows and
saw human body hills mounting in the street below where the police
piled them. We saw more and more of the other ones, the ones who
staggered and plodded towards the living with the uneasily-defined
lifeless energy animating their pale faces. We saw humans hunting
humans, or the shells which once housed humanity and which now saw
the world with empty flat eyes and with that contradictory, eerie
and vacuous hunger in their stares. The sight of blood no longer
troubled us. The streets ran dark with it. We saw frantic-eyed men
and women devouring coils of entrails on the sidewalks where they’d
grappled their victims to the ground. We witnessed people being
dismembered and eaten alive by these chalk-faced others. We saw
unaffected men dragging women screaming into the darkened building
across the street while others laughed and jeered and aimed their
rifles towards the heads of the nearest shambling form.

The Mall by S. L. Grey
Unpossible by Gregory, Daryl
Vampire King of New York by Susan Hanniford Crowley
Invitation to a Stranger by Margaret Pearce
Opposites Attract by Cat Johnson
The Pack - Shadow Games by Jessica Sorrento
Brenda Joyce by The Finer Things
The Alpha's Captive by Jarrett, A. J.
Compelled (The Secrets of Dragons Book 1) by Kat Barrett
Blood Seed: Coin of Rulve Book One by Dale, Veronica
Our partner