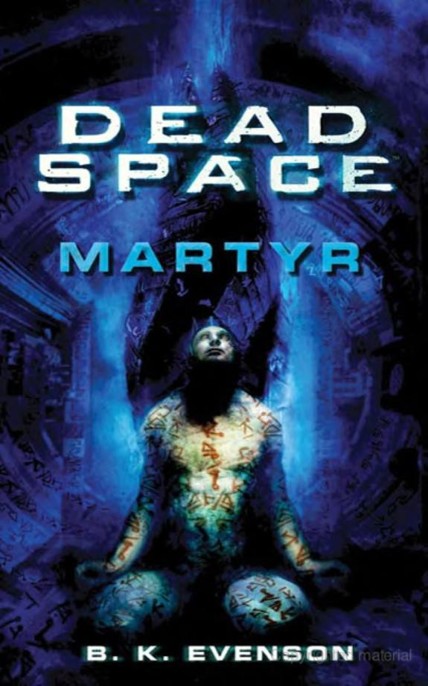 Part Seven The End of the World

The creature charged and he dived out of the way. It slammed into the side of the circular chamber with a loud crunch, the wall panel buckling. He pulled himself up, aching all over, and limped to the other side of the chamber.

It was twice the size of a man. It moved forward by swinging from its spiky, chitinous arms to its feet and back again, with incredible speed.

He watched as it turned around, oriented itself, and then charged again, the floor shaking.

He waited until the last possible second and then leapt again, his arm torn open this time by one of its spikes. The creature bellowed in rage or frustration, turning all about, trying to locate him. By the time it finally did, he was on the opposite side of the chamber, as far away from it as he could get.

It charged him again. This time, instead of throwing himself sideways, he dived between its arms, sliding under it and up against its soft abdomen. He pulled his knife out and slit across its dead flesh, tearing it open as much as he could, then scrambled quickly up and away, stumbling across the room.

Before he got far, it caught him by the foot and swung him like a doll and let go. He smashed into the wall, hard. He tried to get up, but he couldn’t move. He had felt the air rush out of him when he hit the wall, but it was more than that. Perhaps his back was broken.

He expected the creature to charge again, but it didn’t. Instead, it approached him leisurely, almost curiously. He watched it approach, and his fear began to build.

The grotesque creature loomed over him. It struck him once, brutally, knocking him back against the wall. For a moment he thought he might pass out, but suddenly the room took on an intensity and crispness that it hadn’t had before.

The creature lifted him up in the air, gave again its bellowing call. It shook him violently before bringing his head into its maw.

A moment later it tore his body in half. A moment after that he was dead.

Chava woke up earlier than usual that day, just before the sun rose. His mother and sister were still asleep. His father was gone, traveling again. When the boy asked him where he went, he was always evasive, and Chava had learned not to ask further. He took a ladleful of water from the bucket and drank it, careful not to wake his sister. He poured another into the basin and washed his face and hands and arms before quietly slopping the rest onto the dirt floor.

He was still sleepy. He watched his sister move restlessly, giving a little moan. Why had he woken up early? He had been in the middle of a frightening dream. There was something chasing him. A strange, stumbling creature, something that moved in lurches and starts, something that seemed at once alive and dead. He shook his head, wondering how something could be both alive and dead.

He slipped into his clothes and left the shack, careful to stop the piece of aluminum that served as a makeshift door from clacking behind him. Outside, he could smell the salt in the air, could see, a few hundred meters away, the slate gray waves. The tide was out, the waves gentle now, hard to hear from this distance.

Something lingered in his head, a noise, a strange sound: a whispering. It was saying words but in a language he couldn’t understand, so softly that he couldn’t even tell where one word stopped and another started. He tried to force the sound out, but though it receded, it didn’t go away. It just hid itself somewhere deep in the back of his skull, nagging at him.

His dream rushed forward to fill the space. The creature had been large, just a little bigger than a man. He was watching it from behind. In the dream, at first he had thought it was a man, but when it turned, he saw that it was missing part of its face, the jaw. There was something wrong with its arms as well, but the dream was blurry and he couldn’t make out what it was exactly. It watched him with eyes as blank and inhuman as the eyes of a fish. And then, in a single bound, hissing, it had been on him, its slavering half jaw trying to sink broken teeth into his throat.

He was wandering, not really aware of where he was going, trying to fight off the bits of dream playing out in his semiconscious mind. He was surprised to find himself down at the shoreline. To the left, the coast was empty. Down the coast to his right, far in the distance, were two or three fishermen, standing in the surf, trying to pull something in. Whatever it was, the boy knew, would almost certainly be deformed and taste of oil. It would be a challenge to choke down. It was no longer safe to fish. The sea here was polluted and starting to die, and similar problems were working their way inland as well.

He’d heard his father talking angrily about it. Crops that even a few years back had been healthy and strong now came up stunted if they came up at all. The only supposedly safe food was
the patented foods grown in controlled environments by mega-corporations, food that few could afford. So the choice, his father said, was either to eat food that slowly killed you or go broke on food you couldn’t afford, while everyone went on destroying the world.

He started walking toward the fishermen, but something hindered his steps, slowly turning him. He began moving down the beach in the other direction, where it was deserted.

Or almost deserted; there was something there, something rolling in the surf.

A fish maybe, he thought at first, but as he walked forward, it seemed too large to be a fish. And the shape was wrong. A corpse maybe, a drowned man? But when it flopped back and forth in the tide, he knew he was wrong. That
it
was wrong.

The hair started to stand on the back of Chava’s neck. He walked toward the thing, trying not to listen to the rising cacophony of whispers taking over his head.

Michael Altman rubbed his eyes and looked away from his holoscreen. He was a tall man in his early forties, with dark hair going just a little gray at the temples and lively blue green eyes. Normally, he had a keenly intelligent gaze, but today his face was a little drawn, a little weary. He hadn’t slept well the night before. He’d had bad dreams, visceral stuff—all death, blood, and gore. Nothing he wanted to remember.

“That’s odd,” said James Field, the geophysicist whose lab he shared. Field ran stubby fingers through his thinning white hair and leaned back, his chair creaking beneath him, as he stared across the room at Altman. “Altman, did you get these same readings?”

Field spun a copy of his holoscreen Altman’s way. It showed a Bouguer/Salvo gravity map of the 110-mile diameter of Chicxulub crater. The crater had been left when a ten-kilometer bolide had struck the earth 65 million years ago.

James Field, now in his late fifties, had spent most of his career micromapping the crater for the state-owned Central American Sector Resource Corporation (CASRC). He focused mainly inland along the perimeter of the trough, where small
concentrations of key minerals might be found and quickly extracted. Since people had already been doing the same for hundreds of years, this mainly meant going back for quantities small enough that earlier teams, before the resource crisis, had deemed them unworthy of retrieval. It was slow, tedious work, as close to being an accountant as you could get and still be a geophysicist. That Field actually seemed to
enjoy
this job told Altman more than he wanted to know about him.

Altman, on the other hand, had been in Chicxulub only a year. His girlfriend, Ada Chavez, an anthropologist, had gotten funding to study the contemporary role of Yucatec Mayan folktales and myths. He’d managed to pull just enough strings and call in enough favors to get a small grant so he could follow her to Mexico. He was supposed to be profiling the underwater portion of the crater, providing a map of likely geological structures beneath the half mile or so of sea muck by gathering data from both satellite imaging and underwater probes. It was, in theory, a strictly scientific project, but he knew that whatever information he gathered the university would sell to an extraction company. He tried not to think about that. The work was slow and not very rewarding, but he tried to tell himself it wasn’t quite as pointless as what Field was doing.