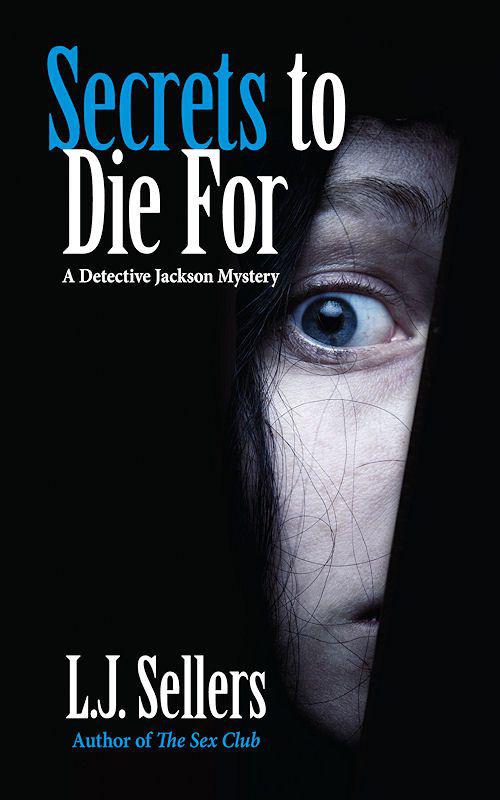 When social worker Raina Hughes visits the home of a young boy she’s been assigned to monitor, things quickly turn ugly. Later, when she’s found brutally murdered, Detective Jackson thinks it's an open-and-shut case against the boy's ex-con father. Complications develop when new evidence points to a serial rapist who’s becoming more violent with each attack. Raina’s lover, Jamie, knows what the rape victims have in common, but won’t tell for fear of revealing her own secrets. When Jamie disappears, Jackson must uncover the truth before the body count goes higher.

“This is a well-plotted, suspenseful crime story that will keep readers on a rollercoaster ride.”—OverMyDeadBody.com

“I recently ripped through “Secrets to Die For,” the second in Eugene author L.J. Sellers’ Detective Jackson series. It’s the kind of fiction where the writing gets out of the way and allows you to read on autopilot until you figure out who did it. Maybe all mysteries are this way, but I had to stay up until 2 a.m. to finish it.”—The Register Guard

“Another top notch outing from the author of THE SEX CLUB. Sellers manages to maintain suspense as well as treating a potentially salacious subject with dignity. Hopefully this series will continue. There is ample material and Sellers´ writing style is superb.”—Bookbitch.com

“I couldn’t put this book down until I reached the shocking ending! While writing a thrilling mystery, Ms Sellers’ explores our attitudes toward some of the social issues we tend to turn a blind eye to.” —Molly Weston, Meritorious Mysteries

L.J. Sellers is an award-winning journalist and the author of the bestselling Detective Jackson mystery/suspense series: *Secrets to Die For, Thrilled to Death, Passions of the Dead, Dying for Justice, *and *Liars, Cheaters & Thieves*. Her novels have been highly praised by Mystery *Scene, Crimespree*, and *Spinetingler* magazines, and the series has been on Amazon Kindle's bestselling police procedural list. L.J. also has four standalone thrillers: *The Sex Club, The Baby Thief, The Arranger,* and *The Suicide Effect*. When not plotting murders, she enjoys performing standup comedy, cycling, social networking, and attending mystery conferences. She's also been known to jump out of airplanes.

SECRETS TO DIE FOR

All rights reserved.
Except for text references by reviewers, the reproduction of this work in any form is forbidden without permission from the author.

This is a work of fiction. All characters, names, places, and incidents are the product of the author’s imagination, and any resemblance to actual people, locations, or events is coincidental or fictionalized.

Raina shut off the motor and glanced up at the puke-green doublewide with a chunk of plywood over the front window. The near dusk couldn’t hide the broken dreams of the trailer’s occupants, Bruce and Cindy Gorman. Raina wasn’t here to see them. She was here for Josh, their eight-year-old son.

As a children’s support advocate, Raina had been assigned to monitor Josh six months ago, when the state of Oregon had taken temporary custody and placed the boy in foster care. Her primary responsibility was to stay in touch with Josh and to ensure the system did not fail him. During that time, the Gormans had danced all the right steps—anger management for him, parenting classes for her, and a rehab program for both. So now Josh was back in their care, and this was Raina’s last official contact…for now.

Her heart was flip-flopping, just like it did on her last day of high school. She was happy for Josh, but she despised Bruce and would be glad to never see him again, even though she knew it was petty to feel that way. Raina wished she were more mature, more objective, like the other CSA volunteers. At twenty, she and Jamie were the youngest in the group. Raina had become quite fond of Josh and would miss him terribly. She loved their long walk-and-talks along the river path, with Josh pointing out every bug he saw. It had been like having a little brother. Her counselor had been right when she’d advised Raina to do some volunteer work. Giving
was
the best way of receiving. Raina stepped out of the Volvo and pulled in a quick breath of frigid February air. The smell of dog shit assaulted her senses. So much for her lofty ideals. She hurried to the door, hoping the dog, a Boxer named Brat, was either locked in the bathroom or deep in the woods behind the trailer. Raina shivered in the cold foul silence. The house was at least a half mile from the nearest neighbor.

Bruce pulled the door open a few inches before she could knock. “Josh is in bed, so come back tomorrow.” His voice was raspy from a lifetime of cigarettes, and his hairline had gone north on both sides. Bruce should have been a big man, but years of slouching took inches off his height and an old meth habit left him scrawny in a way that rehab couldn’t fix.

“I just need a few minutes with him, so I can make some final notes.”

“I told you, he’s not feeling well,” Bruce said through clenched teeth.

“Then all the more reason I should see him.”

“Not now.” Bruce started to close the door.

Raina stood her ground. “The custody order isn’t final yet. They’re waiting for my report. And it’s not convenient for me to come back tomorrow. I have classes.” She sounded braver than she felt.

“Don’t threaten me, you snot-nosed little—”

Cindy’s voice boomed from the kitchen. “Let her in, Bruce. Might as well get it over with.”

Raina wasn’t sure she still wanted to enter the trailer. She needed to know that Josh was okay, that the boy hadn’t changed his mind about going home to his parents. He had been quite excited on Sunday when she and Josh’s caseworker had picked him up to bring him here. The image of him standing on the ramshackle porch with his faded duffle bag, looking uncertain, haunted her. Raina had not slept well since.

“Josh, come out here for a minute!” Cindy yelled down the hallway. Raina cringed. Her mother had been a screamer too.

Bruce kept the door blocked. He turned his head and hollered, “Stay in bed!” Then to Cindy, he yelled, “Goddammit, woman. Don’t contradict me. That little bitch is not coming in, and Josh is not coming out.” Bruce turned back to Raina and growled through the partially open door. “You better forget you came out here tonight. And this conversation better not end up in the file.”

Then it hit Raina. The paranoia, the anger, the need to dominate. She knew all the signs. She had witnessed them plenty as a child. Bruce was using again. He was high on meth right now.
Oh dear God
.

Raina took a step back. Every muscle in her body wanted to run for the car. It had always been her instinct as a child too. It was a mistake. Meth dopers often had predatory responses. If you ran, they attacked. Raina still had the scars. Her mother had been quite quick on her feet.

Raina coached herself to stay calm.
Just nod and move away slowly. Don’t make eye contact. Get to the car and lock the doors
.

She took a step back. What about Josh? Was he okay? Panic pushed out of her stomach and into her throat. Had they already abused him? Is that why Bruce didn’t want her to see the boy?

Without thinking, she called out, “Josh, are you okay?”

Oh shit
. Why had she done that?

“Fuck you.” Bruce leaned out the door, no longer caring that she could see his hugely dilated pupils. “You don’t know a fucking thing. Get the fuck out of here and keep your fucking mouth shut.” Spit flew from his mouth with every
f
. “If we lose Josh again, I’ll fucking kill you.”

Raina inched back, a half step at a time, feeling for the edge of the porch with her toes.

“Move, you little bitch.” Bruce lunged through the door.

It was only thirty feet to her car, but every step on the dirt path felt sticky and treacherous in the near dark. Heart pounding, she reached the Volvo, yanked open the door, and jumped in. Her knee slammed into the steering wheel, but she didn’t have time to process the pain. Eyes watering, Raina hit the automatic door lock and started the engine.

Only then did she look up. Bruce was barreling toward her, about ten feet from the car. Raina shoved the gearshift into reverse and hit the gas. As she cranked the wheel left, aiming for the gravel turnaround tucked into the trees, Bruce slipped and went down hard. Raina let out her breath, jammed the transmission into drive, and sped down the gravel road, bouncing through every pothole instead of taking the time to go around. For a fleeting second, she wished she had run over Bruce while he was down.

Ratchet Bitches by Tiece
And It All Comes Down To You by Kyra Lennon
Nacho Figueras Presents by Jessica Whitman
Haunted by Lynn Carthage
Daywards by Anthony Eaton
Total Recall by Piers Anthony
Contract of Shame by Crescent, Sam
See Now Then by Jamaica Kincaid
Hold Us Close (Keep Me Still) by Quinn, Caisey
A Change of Heir by Michael Innes
Our partner