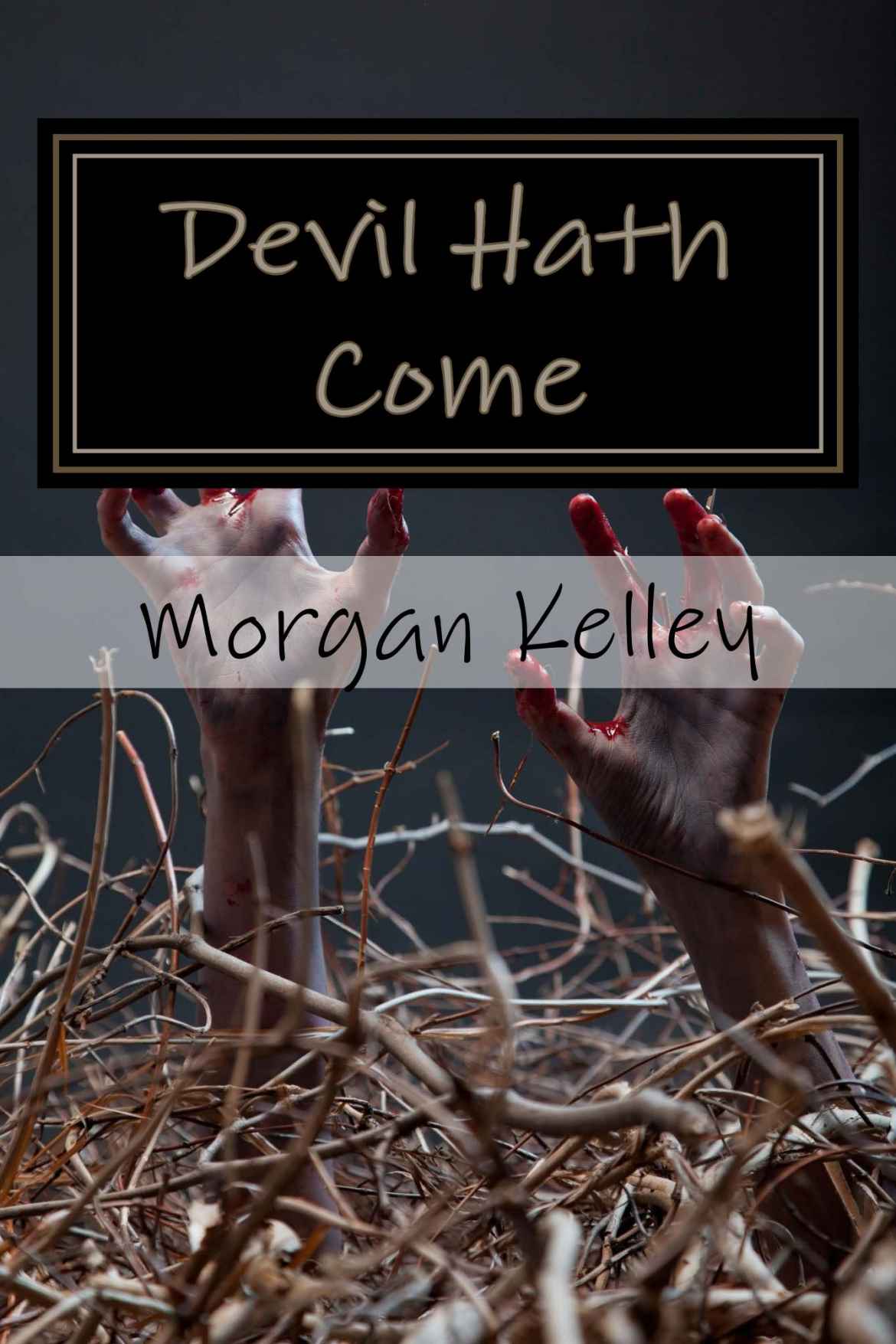 reserved. No parts of this publication may be

reproduced or transmitted in any form or by any

means, electronic or mechanical, including

photocopy, recording, or in an information storage

or retrieval system without written consent from

the author. All characters are fictional

and any similarity to real life or individuals is

Other works by Morgan Kelley:

Morgan Kelley lives in the beautiful Pocono Mountains with her husband and two children.  After attending college at Penn State University and studying Criminal Justice, Morgan knew here only true passion in life would be murder and books.  She put them both together and began her career as a writer.  Other than books and writing, you can find Morgan hanging out in her garden and digging in the dirt.

To you all, I owe much love and respect.

To my conscience- Thank you for always keeping me grounded and on the straight and narrow. You keep me smiling, even when the world has me down.

The Beatles were wrong. All you need is friends…

I owe you more than words can ever express.

It has a path.

So begins Christopher and Cyra’s story...

The darkness came and swallowed all of the surroundings in its inky blackness.

When the night became so dark
that its wicked tendrils reached for any iota of light to consume them too, he knew it was time.

He was ready
for the ritual.

The witching hour was upon him.

It had all come down to this. He was prepared to make sure that it all was done correctly and to the specifications of his dark Lord. After all, there was no room to screw this up.

There was too much
at stake.

As he began his journey, he knew that he’d risk it all and offer anything that he could
in order to reach his final goal. Now, it was time to prove his dedication and love to the master. This would be the perfect homage to the dark that he loved so much. The evil had given him strength and focus, and it was time to give back the ultimate gift.

Standing in the circle, he began by
calling the quarters to offer himself protection. It was the first step and vital as he allowed the energy to flow through him and offer guidance.

It was ancient power and ultimate supremacy.

First, there were the guardians of the north. He lured them in with promises of the events that were yet to come. Once he could feel them present and surrounding his beloved circle, he moved to the next element. One by one, he began calling for the watchtowers of west, south and finally east. As they arrived to meet and bless him, he knew he was ready to begin.

Giddiness filled him as he glanced around at what he was creating in the seclusion of the woods.

Learning to master the circle had not been easy. He
had been forced to do online research and ask questions of those who would offer unsuspected tutelage. Once he had received his answers, he was careful to invert it all. The way of the witch would only get him so far. Now, he was crossing into a whole new realm and there, ignorance wasn’t bliss.

It had taken time to learn it all.
Although he’d studied up in the Wiccan principles and was somewhat familiar, he was well aware that worshipping the darkness was the direct opposite. Where there was light, now must be dark. Everything needed to be reversed, if he wanted to beckon forth the master.

Finding
the way to his ultimate path was incredibly cathartic. Gone were all the intentions of dabbling in the white magic of the witch, and here were the beckoning of the darker, more sinister beings he longed to please.

No, there could be no
Wicca tonight.

Witchcraft had served its purpose
, and now it was dead to him.

It had been consumed and devoured by the true power in life. Everything had morphed from light and airy to
black, evil and full of gloomy foreboding. Tonight, it would be all about giving his Lord a gift as he stole away life from the woman waiting inside the circle at his feet. Something powerful was growing and it would rupture from him in victory.

It was the age old battle of good and evil.

The ugliness lived in him and begged for release.

For the victim tonight, it was coming to an end.

He could hear her whispering useless spells to the Goddess, and yet he gave her no mind. Tonight, it was about doing everything by the book. Well, sort of… It was about kneeling before a powerful deity and not pretending that a Goddess could give them anything but entertainment.

Here was the proof
, as the strong survived and the weak crumbled under the weight of reality.

The silly witches- if they only knew and understood what they were missing by their rule of threefold.
The journey into the darkness was far more rewarding.

If they
would just cross that line, then they might see the truth. There was so much more power and things to be offered by worshiping at the altar of the dark Lord.

It was his destiny.

Lighting the black candles, he extinguished the match in the cauldron full of cemetery dirt. Everything on his altar was handpicked to be special for this evening. There was plenty of Mandrake, Hellsbane and Belladonna. With it, he would call for the most powerful darkness that he could muster.

All those who
tried to stand against him should quake in fear. This would mean their death.

He was finally coming for them
. After months of careful preparation, the time had come to make his move. With the holiday approaching and the new moon on the horizon, it was the start of what was meant to be.

Deep within the recesses of his mind, h
e could hear his master urging him to begin. There would be no saying no. He pushed away all rationale and gave in to the quiet urgings in his head.

‘
It is time,’
the voice whispered.

The President's Henchman by Joseph Flynn
Accidentally Hers (Sterling Canyon #1) by Jamie Beck
Perception by Lee Strauss, Elle Strauss
The Terror of Living by Urban Waite
As the Crow Flies by Jeffrey Archer
Bodyguard by Craig Summers
Dante's Blackmailed Bride by Day Leclaire, Day Leclaire
Forged in Dragonfire (Flame of Requiem Book 1) by Daniel Arenson
In Bed with the Duke by Annie Burrows
Side Chick Turned Wife: A Hood Romance by Tamicka Higgins
Our partner