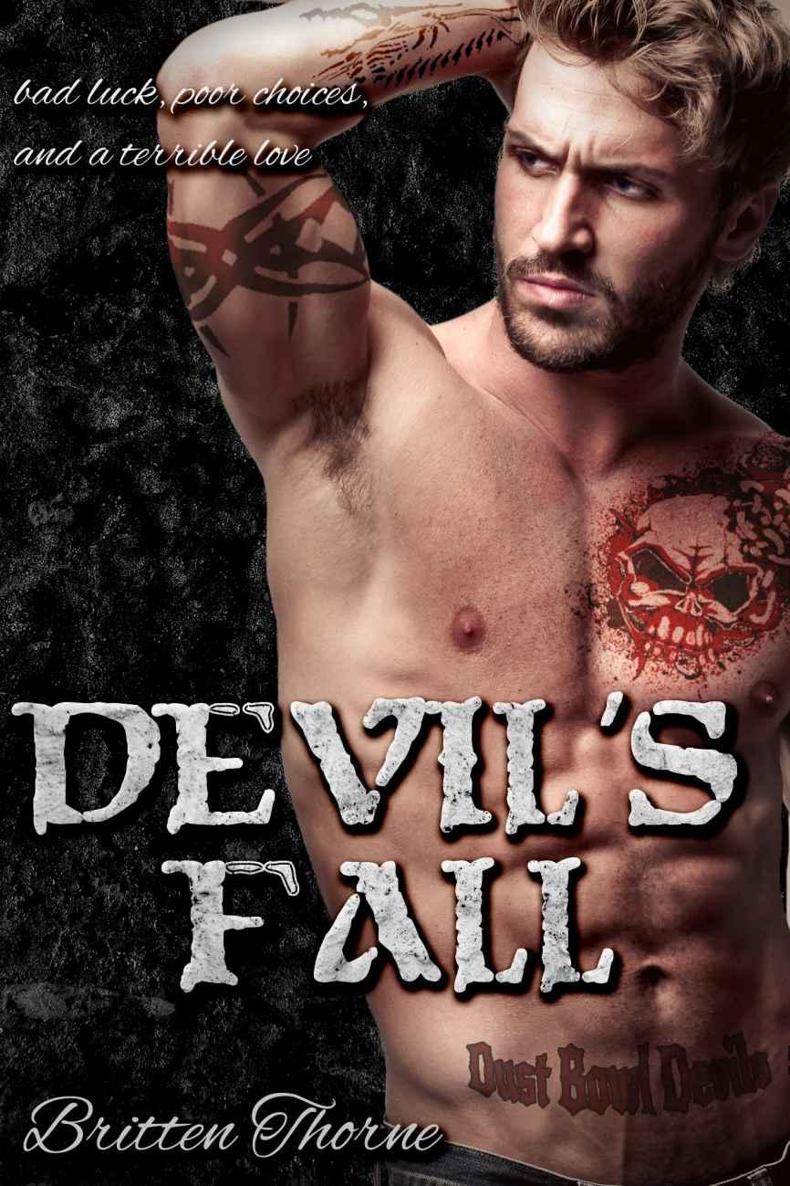 This book is a work of fiction. Any resemblance to persons living or dead, places, events, or locales, is purely coincidental.

Be the first to hear about new novels, novellas, coupons and freebies!

Bones cracked beneath his fist with the first punch. The recipient of his assault tried to shrink away but the second punch struck nearly as hard and knocked him to the ground. Blood poured into the man’s beard as he tried to shield his face from any more damage but the attacker’s control was gone. Fueled by rage and adrenaline, he struck again, and again, as though he were trying to hammer to man into the floor and through it.

Hands yanked him off his victim and to his feet. His arms pinwheeled as he knocked his friends away; their words were nothing but buzzing in his ears. Air. He needed air. Bodily slamming the door open, he left the bar and the blood behind and burst into the night, shaking the ache from his abused hand.

That dour bastard Jester had followed him outside.

“The fuck you want?” His veins still vibrated with violence. He needed to smoke a cigarette and fuck a girl and not necessarily in that order.

“You don’t even know who you just hit, do you?”

He turned and faced the tall, lean biker. “Hit?” He smacked his hands together, fist to palm. “I broke his goddamn face.”

Jester lit a cigarette, taking his sweet time doling out whatever information he seemed to think he had. Who cared who it was? The bastard had insulted him. Gunner didn’t care if that was the goddamn governor in there, no one talked to him that way and kept all their teeth. Jester took a drag on his cig, scratched his scraggly black goatee, and finally deigned to say, “That was Officer Rockwell.”

Gunner’s lip curled. “He wasn’t in his uniform.”

“You think that’s gonna make it better for you when he presses charges? Fuckin’ idiot.”

It was the wrong thing to say. “Brotherhood” and “club rules” and “basic codes of human interaction” be damned - Gunner hadn’t even begun to cool down yet. He closed the gap between them in a flash and his fist made contact before the other man could flinch.

Jester laughed as he hit the ground ass-first and bounced. He was high as shit and unfazed by the blood welling from his split lip, down his chin and onto his shirt.

Sirens wailed in the distance. “Run or stay?” Jester asked, taunting. “Let’s see which one of your messes we get to clean up tonight. Come on, Gunner. Are we covering for you now or bailing you out of jail later? Gonna hide like a bitch or take what you’ve got coming?”

Gunner clenched and unclenched his jaw and his fists, paced back in forth in front of his fallen friend, and rolled the question over in his mind.
Go or stay? Stay or go?

He asked himself that very same question every goddamn day.

“It was a step too far, Gunner. We can’t just clean it up and pretend it never happened.” Bill sat in the presidential seat at the head of the long table in the dimly lit, windowless conference room. The recent years had thinned the tall man out, though his lanky appearance still hinted at the strength that lay beneath. Gunner himself had been the receiving end of those fists before - the president was far stronger than he appeared.

Vice president Bars sat to one side; on his other sat Nomad - Gunner’s own father and the former president of the Dust Bowl Devils Motorcycle Club. They were the club’s center, its power - and all three were glaring accusations.

“Why not?” he asked, pacing at the opposite end of the room. “You practically own the damn cops. Pay him off.” The day and the night he’d spent in a jail cell before Bill bailed him out had been rough. He hadn’t showered, shaved, or slept and it showed on his face. And now this meeting. He just wanted to go home and crash for a few hours. Or weeks.

“Officer Rockwell’s threatening to press charges,” Bars said, his voice low and calm like he was trying to sooth an angry animal. His dark features were locked in a neutral expression. “I’m more concerned about him going after you himself when he’s out of the hospital.”

“We’ve agreed,” Bill said, looking between Gunner’s father and Bars, “We’re sending you out of town. Just until things cool down around here and until you cool down yourself.”

Gunner stopped pacing. “What?” This was bullshit. Banished? What did they think he was? Gunner was too old and had been around far too long for that shit. Hell, his father was the former president, it ought to give him a free pass - it had before. Plenty of times.

“You’ll run Bars’ club up in Lawgate. Take some time to cool off, manage the place, turn it around, and we’ll talk about when you can come home.”

“The place is bleeding money,” Bars said, “I need someone I trust to manage it.”

“So manage it your damn self,” Gunner growled. Why were they looking at him like that? Their faces were deliberately neutral but they sat upright, tense.

“This isn’t up for debate, son,” Nomad said.

“You, too? Kicking me out again, are you?” His father looked away.

“This is temporary.” Bill pushed his chair back and stood. “And it isn’t a request. It’s an order. I want you on the road tonight. No excuses.”

“Yeah yeah, fuck me,” he said, waving a dismissive hand as he walked out, Bars on his tail. Only Nomad remained behind, apparently intent on carrying on a conversation that Gunner wanted no part of.

“If you have something else to say, old man, just say it,” Gunner snarled, gripping the edge of the table so hard his knuckles cracked.
Banished. Ridiculous old men getting their panties in a twist over a little fight. They’re turning this club into a joke.

Nomad shook his head. “You need to get your shit together, Gunner.” If he had a nickel for every time he’d heard that phrase. Everyone from his drill sergeant over sixteen years ago to half the girls he spent any time with to his own damn club and family. “Get your shit together,” they said. As if it were so easy. “I know you’re angry but maybe this will be good for you.”

“You mean you’re sending some guys to supervise and make sure I don’t burn the place down.”

Nomad slammed a fist to the table, taking Gunner by surprise. He jumped back. “Yes, to supervise you, dammit. To fucking
babysit
you and make sure you don’t go off the rails and do something else that’ll get us all in trouble.”

Nomad’s face twisted up in an ugly sneer. “Oh, he insulted you? He hurt your feelings? He disrespected you?” He took a step closer with each question, backing Gunner up against the wall. “You have to
earn
respect, you little shit. You never really learned that, did you? Tell me, Gunner, when was the last time you did something that wasn’t a hundred percent impulsive and a hundred percent selfish?” He looked him up and down like he didn’t even recognize him.

Gunner clenched his jaw tight. His body vibrated like he was ready to explode, but he wasn’t going to hit the white-haired older man. As much as he wanted to, he wasn’t going to punch his father. He liked to think he had more control than
that
by now. But Nomad didn’t know when to stop pushing. “If Bill wanted to exile you I would have been behind him. You aren’t a brother to these men. You only think about yourself if you bother to think at all.”

Nomad’s expression finally softened just a fraction as he backed away. Whatever he saw in Gunner’s face put him back on guard. He spoke softly. “You don’t have to manage that shithole. You could go live with one of your brothers instead. You know either one of them would take you in.” Now he was talking about Gunner’s blood-related brothers - half brothers, really - but Gunner was even less interested in seeing them than he was in running Bars’ club.

“I don’t need to be ‘taken in.’” He rolled his shoulders, trying to release some of the stress from his tight muscles. “How long?”

Nomad shrugged. “If there’s no trial? A couple months, maybe.”

Gunner sighed. “What’s his problem? It was just a bar fight.”

“You broke a cheekbone and blinded him in one eye.”

“Damn.” He looked down at the older man. His father wasn’t a short guy but Gunner had towered over him by the time he was fourteen. Anger finally dissipating, he could understand why they wanted to send him away. It was still the chicken shit easy way of solving the problem but he was through fighting. Maybe time spent elsewhere would be a good thing. It would be like a vacation - sleeping all day, fucking hot strippers and riding all night. “Try not to turn this place into a retirement home while I’m away,” he said, and Nomad snorted.

Murder Packs a Suitcase by Cynthia Baxter
Mad Girls In Love by Michael Lee West
New Blood: Dark Canticle by Hunt, Ryan
Live Like You Were Dying by Michael Morris
The Isle of South Kamui and Other Stories by Kyotaro Nishimura
Demon's Cradle (Devany Miller Book 3) by Ponce, Jen
My Fair Lily by Meara Platt
Chasing Butterflies by Beckie Stevenson
Under His Control (For His Pleasure, Book 18) by Favor, Kelly
The Mage's Tale by Jonathan Moeller
Our partner