Scattered all around the vicinity of the well were lump of soil and rock and general debris thrown up when the Vurosis died.

‘This is a right old mess, isn’t it?’ Gaskin said quietly.

‘Oh, the grass will grow back all right,’ replied the Doctor. ‘And it looks like the well-shaft is still intact.’

‘Oh, yes, I see.’ The Doctor heaved a sigh, as if he had experienced this kind of thing before. ‘You have to think of the people who did make it,’ he said. ‘The people whose lives were saved. And there are an awful lot of those, you know.’

Angela arrived, picking her way carefully through the mud with the help of a borrowed torch. ‘Martha’s checking over the walking wounded, Doctor,’ she said. ‘And I’ve had a call from Sadie Brown.

She says she’s woken up with a terrible hangover in Henry Gaskin’s bed. I think she’s more traumatised by that than being turned into an alien monster. Or very nearly, at any rate. She says to thank you and can she turn off that blasted screwdriver thing as it’s making her headache worse and driving Jess up the wall. Oh, and she says the manor looks like it’s been hit by a bomb.’

‘It’s going to cost you a fortune to get that repaired,’ Angela told him bluntly.

He nodded wryly at the remains of the wishing well. ‘And what about this? Bit of a setback for the Creighton Mere Wishing Well Restoration Committee, I should say.’

‘Oh, blow,’ Angela sighed, looking at the well properly. ‘Look at the state of it. Sadie will go bonkers.’

The parapet wall was scorched black and the uprights were no more than pieces of splintered wood. Angela peered down the well-shaft and sighed. ‘Not much point in making a wish now, is there?’

‘Wait a minute. What’s this?’ The Doctor was prodding at something in the mud with his toe. It was glinting in the light of Angela’s torch near the base of the well.

Gaskin picked it up. ‘It’s a coin, I think.’ He rubbed the mud off with his thumb. ‘Good grief. It’s gold – look!’ They all peered closely at the coin. ‘That’s an eighteenth-century gold sovereign,’ said the Doctor carefully.

‘And there’s more, look,’ said Angela excitedly, playing the beam of the torch over the ground by their feet. Golden lights reflected all around them.

Martha came running over at the sound of their excited shouts. The Doctor was bending down, brushing soil from a large, leathery object.

‘You’re not going to believe this,’ he said, holding up an old, dirty leather bag. It was mud-stained and rotted, but clearly full and very heavy. As they watched, more gold coins tumbled out of a hole in the ancient stitching.

‘It’s the treasure!’ yelled Martha. ‘It’s the highwayman’s treasure! It really was down there all the time!’ 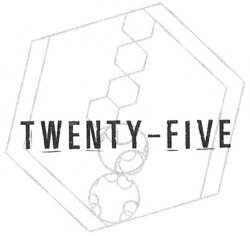 The Doctor and Martha stayed on through the night to help collect all the gold sovereigns. Angela used her bush hat to store the coins, and somebody else managed to get their hands on a metal detector to track down the last few pieces lost in the mud. It was an exciting time for everybody, and helped take most people’s minds off the terrible events of the evening, at least for a while.

When the police finally arrived, there was little they could do except stare at the muddy village green and scratch their heads. The two constables took statements from a number of people who claimed to be eyewitnesses to an attempted alien invasion of the Earth, starting with Creighton Mere, but in truth the policemen were more confused by the various different accounts of the evening and eventually, finding no actual crime to investigate, they gave up and went away.

And after that, most people did what came naturally: they went back to the pub. Many of them had left drinks unattended, and found them exactly as they had left them.

Henry Gaskin ordered the largest bottle of fizzy white wine the pub stocked – it would have to do instead of champagne – and paid for drinks all round. Even Jess was treated to a bowl of water by the bar.

Gaskin was elected as Treasurer, a title almost everybody found un-accountably hilarious, and it was unanimously agreed that the proceeds should indeed be used to help rebuild those parts of Gaskin Manor destroyed by the Vurosis, along with a complete re-turfing of the village green, and of course the full and proper restoration of the wishing well.

Sadie Brown decided to put her share towards the setting up of a small tea room adjacent to the village green.

‘We’ll come back and be your first customers,’ Martha assured her happily.

‘Make sure you do!’ Sadie laughed, making a note of Martha’s mobile number and promising to call her as soon as she was ready to open.

Sadie returned the Doctor’s sonic screwdriver along with a pot of her Thick-Cut Tawny. She thanked him quietly but honestly for saving her life and kissed him on the cheek. Many people in the pub roared and raised their glasses.

‘We really think you ought to take a cut of the loot, you know,’

‘It belongs to the village,’ said the Doctor. ‘We don’t.’

‘Take this as a souvenir, then,’ Angela said to Martha. She pressed a single gold sovereign into her hand and then closed Martha’s fingers over it like a grandmother giving a child pocket money. ‘Keep it for luck!’

Martha gaped. ‘I can’t take this! It’s worth a fortune.’

‘So are you, dear, so are you.’ She looked meaningfully at the Doctor and winked. ‘Take care of her, Doctor, won’t you?’

He said that he would, and then, with many more hugs and kisses and handshakes, they took their leave. On the way out of the pub, Martha bumped into Duncan again.

‘I thought we had a date?’ he said, smiling. ‘Or are you just teasing me now?’

She could see that he was smiling through some very grim memories. She took him to one side. ‘How are you feeling? Really?’

‘I can’t believe Ben and Nigel are gone.’

‘Nigel brought it all on himself, you know. There was nothing you could do.’

‘Not your doing. None of it was.’ Martha held his hand. ‘Do you remember much about it?’

‘Nothing after that skeleton, no.’

‘I do remember asking you out, though.’ He smiled at her. ‘And as much as I know you can’t resist me, I’ll have to ask you to hold out for a bit longer. I think I’ll need a little while to get over all this.’

‘Angela Hook said I can stay here for as long as I want, and help out with the well restoration,’ Duncan added. ‘I think I’d like that.’

Martha kissed him goodbye and went out.

Once again, she found the Doctor waiting for her by the well. He was watching the sunrise.

‘I can’t keep this,’ she said, showing him the gold sovereign Angela had given her.

‘It’s too valuable. I mean, it would feel like stealing. I’ve never owned anything so valuable in all my life.’

The Doctor pulled a face. ‘I dunno. There’s a planet called Yoga that’s made from solid gold. They wouldn’t be impressed with you there.’

He watched her carefully, hands in his pockets, the tails of his long brown coat blowing out behind him. ‘So, what are you going to do with it, then?’

‘I’m going to make a wish,’ she said, holding it out over the well.

‘That’s a gold sovereign,’ he said slowly. ‘That’s got to be one heck of a wish.’

‘We’ll make it a double. Have you thought of what you’d wish for yet?’

‘Go on,’ she said, stepping closer. ‘There must be something.’

‘Nope. Nothing.’ His eyes held that faraway look that Martha knew so well. Whatever he was thinking, whatever it was the Doctor secretly wished for, she would never find out. He was, and always would be, a mystery to her.

‘Well,’ she said eventually, ‘looks like I’m going to have to wish for both of us.’

She closed her eyes tight and let go of the coin. Seconds later there was a distinct, echoing plop as it hit water.

She opened her eyes in delight. ‘Did you hear that?’

The Doctor was already leaning over the well-shaft, peering down.

There’s water down there! The underground springs must be filling it again. Perhaps the Vurosis had been blocking them for all these years.’

He grinned at her. ‘I love a happy ending, don’t you?’

She linked his arm and pulled him away from the well, heading for the TARDIS. ‘Always.’

‘So what did you wish for?’ he asked her.

She smiled. ‘Never you mind.’

Martine – for patience and help in these busiest of times Gary Russell and everyone at Cardiff – for letting me play Justin Richards – for inviting me back on board Steve Tribe – for editorial advice and suggestions Moray Laing – for lots of Adventures!

Pete Stam – for being a true and good friend Dave Cotterill – for buying my books, even though he doesn’t watch
Doctor Who

And David Tennant –
the
Doctor for a new generation 183 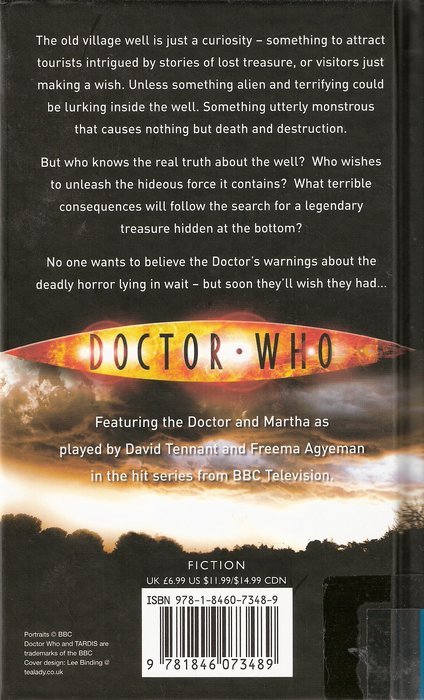 The Streets Were Paved with Gold by Ken Auletta
The Elements of Computing Systems: Building a Modern Computer from First Principles by Nisan, Noam, Shimon Schocken
Brides of Idaho by Ford, Linda;
Raven's Cove - Jenna Ryan by Intrigue Romance
The Education of Bet by Lauren Baratz-Logsted
Healing the Doctor (BWWM Interracial Romance) by Cook, Sherice
Place Of Her Own by Coleman, Lynn A.
The Slow Road by Jerry D. Young
The Peter Principle by Peter, Laurence
Melting Stones by Tamora Pierce
Our partner