Read Doctor Who: The Devil Goblins From Neptune Online

Doctor Who: The Devil Goblins From Neptune 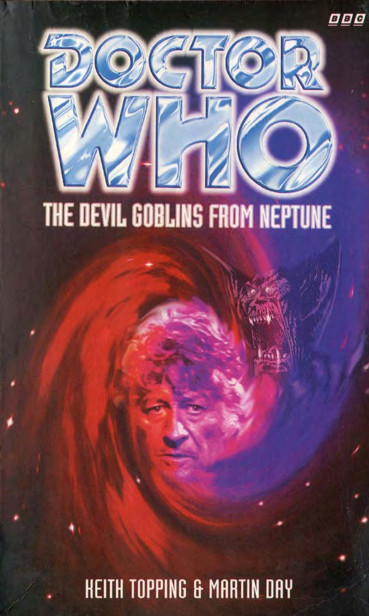 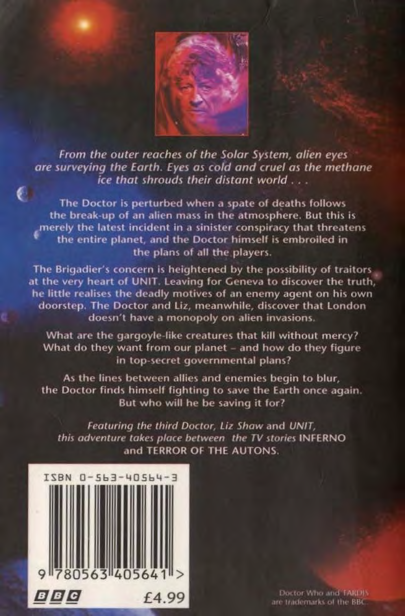 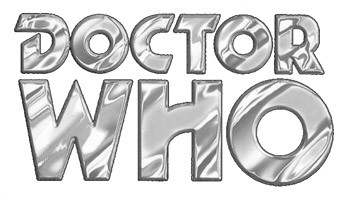 Doctor Who and the Devil Goblins from Neptune
was initially an outline by Paul Cornell, Martin Day and Keith Topping.
The Devil
Goblins from Neptune
is rather different, but many of the plot strands and characters hark back to that original synopsis. We would like to express our gratitude to Paul for his input, and for being happy for the two of us to go it alone.

Dedicated to Ian Abrahams, who made me do this.

(a sort of fairy tale for when you're older).

Van Morrison, MC5, Pink Floyd, the Rolling Stones, the Stooges, the Thirteenth Floor Elevators, the Velvet Underground, War and the Who.

A steady drizzle fell from a gunmetal-grey sky against the pale buildings of Gorkiy. An eight-wheeled personnel carrier that had seen better days moved through a landscape otherwise devoid of movement.

The rain had started soon after they left Moscow, and Shuskin had shifted position more than once in an attempt to avoid the water that dripped through tears in the canvas hood. The two benches of rough metal afforded little protection from the bone-jarringly pitted road. In the front of the vehicle, just visible to Shuskin behind panes of reinforced glass, sat the driver and Colonel Katayev, enjoying the comparative luxury of a heated cabin. Rank has its privileges, thought Captain Valentina Shuskin, but what's the alternative? Being allowed in the front because I'm a woman?

No, this seat would do. She thought of Prague, and of Uri and the double-cross that had, effectively, ended her military career. Until now.

The carrier made another harsh turn, Shuskin extending a hand to the roof to steady herself. Moments later the vehicle stopped, and the colonel turned to gesture through the glass. Shuskin nodded, and made her way to the rear of the vehicle.

The driver was already there. He went to offer Shuskin a hand down, remembered their respective ranks, and stood to attention. Shuskin jumped to the ground and brushed the grime from her dress uniform.

'You'll be quite familiar with the business end of a BTR-60,' said Katayev.

'Standard transport for the marines, I believe.'

'Correct, sir. I spent four years, seven months and twenty-seven days in the marines! Katayev hadn't asked the question, but Shuskin was keen to remind the veteran of Stalingrad that she had seen some front-line warfare. And, of course, her share of
mokrie dela -
that unreal form of cold, faceless war.

Katayev set off at a brisk pace, Shuskin marching at his side. She glanced behind, and saw the BTR-60 cough into life and execute a three-point turn. The cloying smell of diesel hung in the air, despite the rain.

'Nearly five years of front-line duties in a number of Warsaw Pact countries,' said Colonel Katayev, nodding to himself. It seemed that it had been his intention to discuss her career all along. Shuskin didn't know much about Katayev, but her only previous contact with the man had been out of doors and off the record, so she wasn't surprised that he had asked the driver to drop them off some distance short of their destination.

'In 1968 you worked at the underground installation at Semipalatinsk. A cul-de-sac in an otherwise promising career, wouldn't you agree, Captain?'

'I imagine most soldiers' careers have ups and downs, sir.

And it did at least bring me to the attention of the officers recruiting for UNIT.'

The colonel nodded. 'You enjoy working for us?'

'Of course.' Shuskin wasn't sure where the colonel's questions were leading.

'But you miss the excitement of more overt activities?'

Shuskin decided to temper her honesty, off the record or not. The unusual nature of the work makes up for the lack of more orthodox military operations.'

'A good answer,' said Katayev. 'I feel much the same myself. Wherever it is thought that I can be of most use, then there I am happy.'

They came to a halt outside an office block. The colonel pressed an intercom button, but ignored the clipped query from the tannoy. He turned to Shuskin. 'You seem surprised at our destination?'

Shuskin turned her face away in embarrassment, annoyed that the old man could read her so well. 'When I realised we were heading for Gorkiy I thought perhaps we were to visit the submarine yard. I admit I wasn't expecting this.' She indicated the dilapidated tower blocks and the nearby residential flats, studded now with just a few lights.

'Then it will perhaps satisfy your commendable curiosity to let you know something at the outset.' The door buzzed to indicate that it had been opened remotely, but again the colonel ignored it. Instead, he smiled for the first time. 'We're not here at the behest of the military or of the United Nations.'