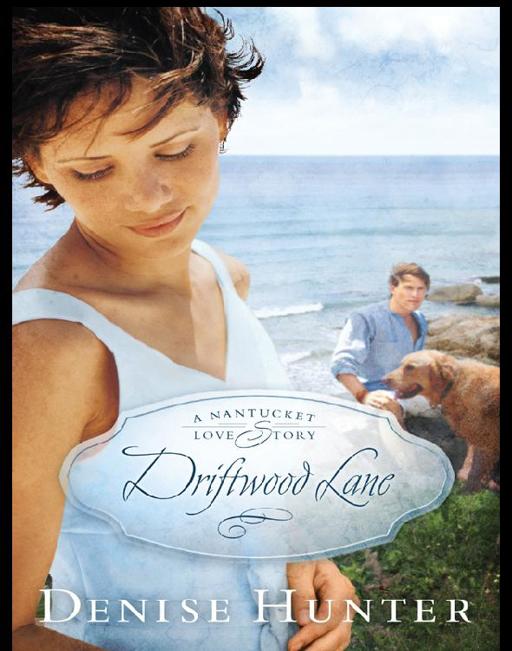 Other books by Denise Hunter

Thomas Nelson, Inc., titles may be purchased in bulk for educational, business, fund-raising, or sales promotional use. For information, please e-mail [email protected]
Publisher’s note: This novel is a work of fiction. Names, characters, places, and incidents are either products of the author’s imagination or used fictitiously. All characters are fictional, and any similarity to people, living or dead, is purely coincidental.

Meridith Ward surveyed the mess cluttering Delmonico’s kitchen and shuddered. The staff scurried in quick, jerky movements, but then, it was lunch hour, and a hundred St. Louis business people had to get fed and back to their jobs.

The owner, Angelo Bellini, burst through the swinging door, nearly slamming into Meridith’s back. “Please . . . we were not expecting you,” he said over the din of clattering pans and voices shouting orders.

“That’s kind of the point, Mr. Bellini.” Meridith opened her notebook and continued the inspection.

The owner discreetly removed raw chicken breasts from the sink, setting them in a nearby skillet. He did not wash his hands.

Meridith made another note on the list of infringements.

“Meridith . . .” His accent caressed her name. He flashed his dimple.

She shot him a look.

“Ms. Ward,” he continued, “we have had an unusually difficult morning. My cook, he called in sick, my prep boy did not even show up, and I have our host cutting vegetables.” He gestured wildly. “He does not even know what he is doing. Such a day!”

Meridith strolled through the kitchen, still writing. The cook staff wove around her as though their moves had been choreographed. Despite the disorder, the savory smells of garlic and roasted chicken filled the air.

“I cannot even tell you!” Mr. Bellini continued. “Please, we can do this another day. I would be happy to show you around myself tomorrow.”

Meridith’s phone vibrated in her pocket. “Excuse me,” she shouted over the whir of a machine roaring to life.

She retreated to a quieter corner of the kitchen and opened her phone, so eager to escape Mr. Bellini she didn’t check the caller ID. “Meridith Ward.”

A moment’s silence made her wonder if she’d missed the reply.

“Hello? This is Meridith.”

It was a name she hadn’t heard spoken in years. A name she tried not to think about, usually with success. The name sucked the moisture from her mouth, set her heart racing, stole the reply from her tongue.

It was just a phone call. She cleared her throat. “Yes, you have the right Meridith. How may I help you?”

“My name is Edward Thomas. I need a moment of your time, but it sounds like I’ve caught you in the middle of something.”

Her excuse to avoid this altogether. She could hang up and never accept another call from Edward Thomas. But problems didn’t resolve when you ignored them; they got worse. She scanned the kitchen. Case in point.

She drew a shaky breath and pulled herself to her full five-foot-three inches. “Now is fine, Mr. Thomas. Go ahead.”

“I’m an attorney on the island of Nantucket. First of all—and I’m so sorry to relay this over the phone—we’ve been trying to locate you for two weeks. I’m afraid that your—that T. J. Ward and his wife, Eva, were involved in a boating accident. They didn’t, that is . . . I’m afraid neither survived, Meridith.”

Her racing heart skipped a beat, like the wheels of a tire hitting a speed bump, then continued on its frantic way. They were gone? Both of them, just like that?

She waited for the numbness to dissipate and the wave of pain to wash over her. But it didn’t come.

She should feel something. Something other than this cold void. Was there something wrong with her? Maybe she needed time to process. Two weeks ago, he’d said. The funerals were over by now. It was all over, and there was nothing for her to do.

She watched Mr. Bellini continuing his belated cleanup. She remembered her relief at the call and realized now that she’d chosen the worse of two evils.

“Thank you for notifying me, Mr. Thomas. I appreciate your taking the time to locate me, but I really must return to work.”

Of course, there was the matter of his estate. This was a lot to digest.

“I’m sure you’re aware that T. J. and Eva ran a bed-and-breakfast— I’m not certain how long it’s been since you’ve seen them.”

Mr. Bellini was yelling at the prep guy, making imaginary chops with the side of his hand.

“I surmised as much. Nonetheless, T. J. and Eva were very clear in their provisions, should the unthinkable happen. They wanted Summer Place to go to you. Furthermore, they’ve named you as guardian of the children.”

An inappropriate bubble of laughter caught in her throat.

“I know this must come as a shock. I’m not unaware that—”

“There must be some mistake.” Her hand worked its way to her throat. The children? Three of them. How old were they now?

What did it matter? This was a mistake. A clerical error.

“I spoke with T. J. and Eva myself. The will was drawn up several years ago, but I’ve spoken with them regularly since then. We were friends as well.”

Then they should’ve left the children to you!
Meridith pressed her fingertips to her forehead. Impossible. What did she know about children? Especially these children?

“I don’t know what to say, Mr. Thomas.” A gross understatement.

“This is a lot to take in all at once, I understand. But we’re in a bit of a pickle here. An elderly neighbor has been staying at Summer Place, caring for the children. As I said, it’s taken two weeks to locate your number. Mrs. Hubbard is in poor health, and there’s no one else. Your presence is needed rather immediately.”

There had to be somebody. Somebody
else
. Eva had a brother, didn’t she?

As if reading her mind, Mr. Thomas continued. “We’ve been unable to reach Eva’s brother. He’s traveling, and last the children heard, he was in Georgia, but that’s all we know. You should know that he was named as a possible guardian in the event that you declined the task. But again, the need for help is immediate.”

She played with her engagement ring. She couldn’t leave Stephen, couldn’t leave her job, could she? The thought of leaving St. Louis, leaving all that was familiar, even for a short time, brought a tidal wave of anxiety she hadn’t felt since college. She drew a deep breath, then another.

“The fact is, the children are in dire need of your assistance, Meridith. Since Mrs. Hubbard fell ill, members of the church have been taking shifts. Very kind of them, of course, but it can’t go on. If you don’t come quickly, I’m afraid I’ll have no choice but to alert Child Protective Services. I’d hate to see the children go to foster care, even temporarily. And there’s no assurance they’d be placed together.”

Foster care! Meridith imagined suited men coming into their home, carrying them off. She imagined the littlest, a boy, screaming for his mommy.

From somewhere deep inside compassion swelled, followed quickly by a surge of protectiveness she didn’t know she was capable of. She had no doubt there were decent foster homes. But the thought of the children being separated seemed cruel when they’d just lost their parents. Besides that, they were orphans. And didn’t the Good Book admonish them to look after the orphans?

She had to do something. It was her responsibility, even if she’d never met them, because T. J. and Eva had named her the children’s guardian. And because, like it or not, she was their sister.

As the driver accelerated, Meridith eyed the pedestrians strolling the brick sidewalks. So this was it. The place where her dad had started a new family with his young wife. It was a far cry from the St. Louis neighborhood that had been her childhood home. No window-barred stores here. No sign of potholed pavement or littered curbs. Nantucket boasted shingled storefronts and pristine tree-lined streets made of cobblestone. How quaint.

She folded her hands in her lap. She didn’t want to think about her father today. As it was, her stomach churned, not from the waves that had rolled under the ferry, but from the stress of being away. She hadn’t traveled since college, and now she remembered why. She longed for her tidy lawn, her garden window over the porcelain sink, even her nappy rug that welcomed her home.

Soon enough, she comforted herself. After receiving Mr. Thomas’s call, she’d decided she’d stay with the children until their uncle returned from his vacation. They had a relationship with him. He was the obvious person for the job, and as soon as he returned, she’d be on the first plane back to St. Louis. Surely that was as far as her Christian duty extended.

A bed-and-breakfast. What did she know about running a business?

Meridith stuffed the fear down. How hard could it be? She knew how to cook and clean and be professional. She’d probably only be there a week or two. Her boss hadn’t been happy about the leave of absence, but he’d reluctantly granted her two weeks.

When the driver turned down a pebbled lane parallel to the shore, Meridith read the street sign. Driftwood Lane. She was nearly there. The houses were parted by generous lawns that sprouted barren trees. Skeletal flower beds lined the walks and drives leading to the shake-shingled homes. Come spring, the lawns would probably blossom into a virtual fairy tale, but winter hadn’t yet released its cold grip on the island.

“Here we are.” The driver pulled into a hedge-lined drive. Gravel popped under the tires as he drove down the lane and stopped by the walk.

Meridith got out, removed a few bills from her bag, then surveyed the house while the driver retrieved her luggage. Like most of the island homes, Summer Place was clothed in weathered gray shingles and trimmed in white. A widow’s walk perched on top and no doubt provided a stunning view of the harbor. A shaded porch stretched along the house’s front, wide and welcoming. Between the porch’s columns, a handmade shingle proclaiming “Summer Place” swung in the breeze. Wasn’t this cozy.