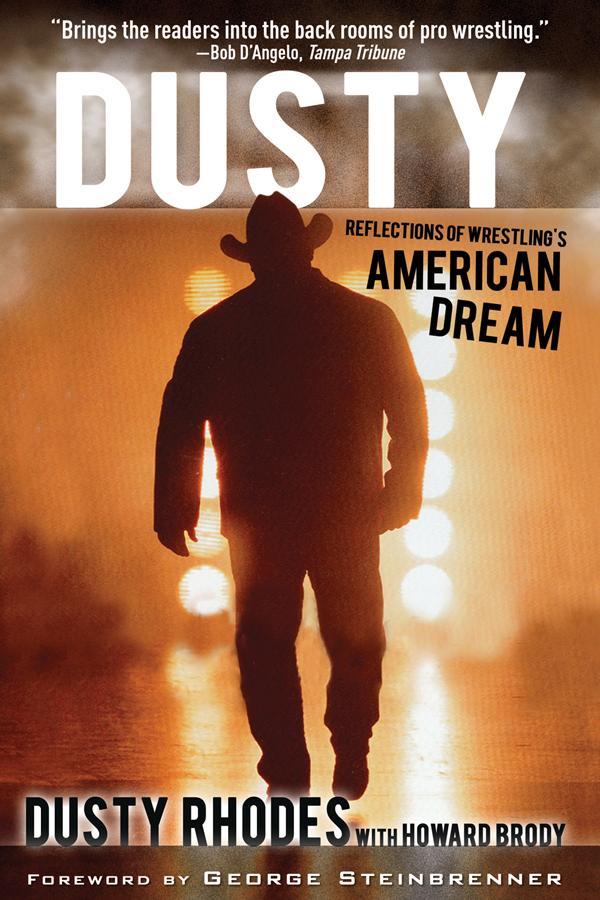 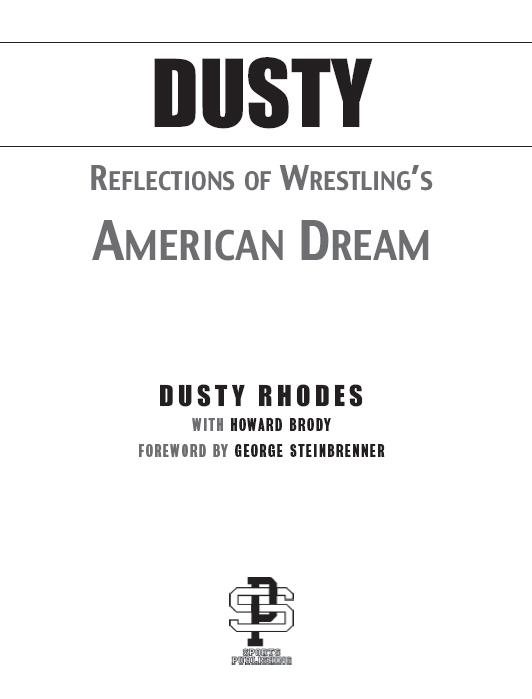 All Rights Reserved. No part of this book may be reproduced in any manner without the express written consent of the publisher, except in the case of brief excerpts in critical reviews or articles. All inquiries should be addressed to Sports Publishing, 307 West 36th Street, 11th Floor, New York, NY 10018.

Sports Publishing® is a registered trademark of Skyhorse Publishing, Inc.®, a Delaware corporation.

You lived life like there was no tomorrow. You were a Texan first and foremost. I want to tell you a secret, Hoyt, I miss you so much, but the road misses you most!

You were the greatest pro wrestler of all time. Together in the flesh we kicked some ass, raised some hell … a lot of hell … and you left me.

Well, at my age after all these years, I am out there alone again. But everywhere I go, you are with me.

You’re a bastard for leaving me with this bunch of tick-turds, but you ride with me always.

Hoyt, you should have been world champ! 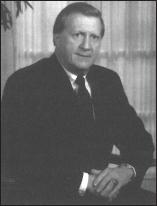 I
am a fan of professional wrestling and a “big time” fan of “The American Dream” Dusty Rhodes. I saw my first live wrestling match in the 1950s and have remained a follower of the sport ever since. I was a regular at the wrestling matches when they were held in Tampa at the Sun Dome. I use to take my grandchildren when they were quite small (I think Stephen was four, and Haley about seven). I think it was Stephen’s early exposure to wrestling at the Tampa Sun Dome that had him take up the sport when he entered high school.

Wrestlers are tremendous athletes and Dusty Rhodes was a tremendous wrestler and a tremendous showman. Strange as it may seem, the two don’t always go hand in hand. Dusty had speed, strength and agility that you don’t often see in men of his size, 6-foot-3 and 289 pounds. He had grace and agility inside and outside of the ring.

Dusty is also one of the most giving individuals in the world. There isn’t anything that he wouldn’t do for a friend, a child or a community. He spent a lot of time “doing good”—more than you would think possible for a professional athlete and the demands that they have to meet. You need something—you call Dusty Rhodes, his heart is as big as his girth. Dusty is a star in the wrestling world but an even bigger star to those who personally know him in the real world.

Dusty is a character—there’s no doubt about it. He’s very charismatic and very smart. Dusty had a lot of unique moves—that’s obvious and that’s why he held so many titles—but all his moves, in and out of the ring—were Dustified—you can be sure of it. Read and get to know the real Dusty Rhodes.

I
’ve seen the best of times. I’ve seen the worst of times. But this ain’t no two-city tale, this is my tale. This is my story. This is my life. This is the story of how Virgil Riley Runnels Jr. was born to a proud Texan and went from being the son of a plumber to the last bull of the woods and lived the American Dream as Dusty Rhodes.

You see, this story isn’t really about wrestling, if you will, but in a way it is, because it’s about someone who lived his life as a wrestler in the wrestling business. A business, an industry that gave me nearly everything I ever wanted. A business that at times has brought out the very best and the very worst of people.

It all comes down to this. When the roaring crowds are no longer in the arena and the echoes that were cheers fade silently into the night, all you have left are your loved ones and your memories to reflect upon your life. You thank God for what you have been blessed with and curse the Devil for the scorn and agony he caused. You ask yourself, “Would I do it all again?” and you answer without hesitation, “Fuck, yeah!”

It was a Saturday night and I was sitting in the dressing room of an
NWA Wildside
show in Cordele, Georgia, not too far from my home in Atlanta. The little throwback arena and promotion was run by then NWA president Bill Behrens. I put my boots on the same way I always have—the left one first and then the right one. As I looked around the room, I saw all of these young lions chasing their dreams. It was 36 years ago that I was one of them, chasing mine.

That particular dressing room was small and gloomy. But it was no different than the hundreds of dark basements or makeshift locker rooms I had sat in before.

Settling in across from me was a young man lacing up a new pair of wrestling boots he had bought off of a web site. Tonight was going to be his first match. All I could think of was how was he feeling? Everyone came up to him and wished him luck. He made sure not to get too close to me. I then wondered what he thought about me … too young to have seen me in my prime to offer an opinion—he’d probably only seen me on videotapes … but you could tell that the respect he had for me was overwhelming.

It seemed all too familiar to me and it took me back.

It was 1968 and the place was Harlingen, Texas. This was going to be my first match and my first match for Joe Blanchard. This was his promotion, his town, and his building for this Friday night.

Joe trained me somewhat about the business—I had actually stepped into a pro ring a year earlier—but this was the real deal. As far as I was concerned, this was my first real match.

It was a small, smelly, gloomy dressing room. As I looked around the room, the old timers sat around talking shit; but they were my heroes. Others were getting ready and paying attention to the time. I was putting on my boots for the very first time before a real match—the left one first and then the right one; I had bought them from K&H Wrestling Wear.

My opponent sat across the room. He was a young, good-looking athlete with what I thought to be a Herculean body. His name was Reggie Parks.

No one had come up to me to wish me luck.

Reggie was laughing and joking with the rest of the veterans. In those days the old timers hated the new kids. I remember thinking, “I must gain their respect!” I didn’t know how I was going to make it through the night— but I was ready. “Dirty” Dusty Rhodes was ready to wrestle Reggie Parks. It was finally my turn to chase my American Dream.