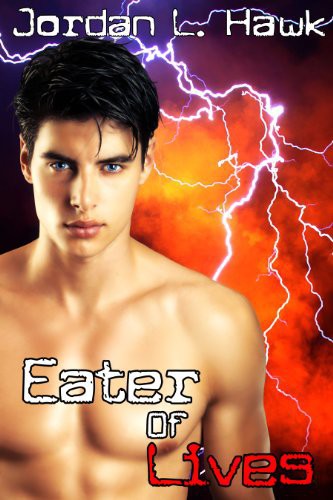 This book is dedicated to you (yes, you),
because you are beautiful.

The full-length mirror lurked across the room
from Valerie, a thin sheet tacked up to cover its surface. The
mirror had been her nemesis for as long as she could remember,
revealing every bulge, every ounce of fat, every flaw.

She hated it. But she needed it, because how
else could she know if she looked good enough?

The cold inside her chest deepened slightly.
It felt as if she’d swallowed a huge lump of ice, trying to fill up
her empty stomach, and it stuck on its way down, lodging against
her heart instead.

“
You are strong,”
the cold crooned.
“So very strong. The mirror will show you.”

Would it? She’d spent years trying to be
strong. Strength meant baking cookies for her mother’s birthday,
but touching not so much as a crumb herself. Strength meant
ignoring the constant bombardment from television and radio and
internet:
Double-cheese bacon burger! Lunch special: two sides,
a drink, and an extra-large sub! Treat yourself to a Candy
Explosion Shake today!

Eat, eat, eat, said the ads. While showing
the size zero woman she needed to be.

She’d realized the betrayal of her body early
on. Her weakness.

“
But you found your strength.”
The
cold pulsed in her chest, and it hurt. But pain was good; pain
meant release. She’d learned that lesson a long time ago.

Valerie put back her shoulders and glared
defiantly at the mirror. She’d found a way to be strong, a
different way. A way other people were too scared to try.

Not allowing her hand to shake, she strode
across the tiny room and tore the sheet aside, unveiling the
mirror.

She’d watched the numbers fall on the scale,
felt her clothing become looser, but it hadn’t prepared her for the
full, glorious reality. She could count every rib beneath her naked
skin, trace every flare and curve of the hipbones fighting to get
out. Her cheekbones could cut glass, and her knees bulged far wider
than her thighs.

Perfect. Not just size zero, but double-zero,
for certain.

“
Yes. You are perfect. You deserve a
reward.”

She did. Food had been the enemy, but no
more. Now it could be a treat, because she’d finally proven herself
stronger than it.

Dreaming about the future for the first time
in years, she lifted the human forearm from where it lay on the
desk, and took a meaty bite.

Sweat slicked his skin and stuck his t-shirt
to his back. The hum of the treadmill, the slap of his shoes
against its belt, the burn of muscle, usually made workouts
something of a Zen experience for him. He could slip into the
demands of movement and just let his thoughts go for a while.

Normally, though, he didn’t have his best
friend panting and gasping beside him. Sean’s pack-a-day habit
hadn’t left him in the best of shape, but the bandage on the upper
part of Sean’s arm, where a bullet grazed him just two days
earlier, worried John even more.

Uh huh. “So what’s behind this sudden desire
to get in shape?”

Sean glowered at the display on his
treadmill. “What, I need a reason?”

“Considering I never see you here except for
the first two weeks after New Year’s every year, yeah. Not to
mention you’ve got a hole in your arm, which seems like a pretty
good excuse to spend your lunch hour behind your desk.”

“The docs gave me an all clear for regular
activity, as long as the wound stays clean.” Sean grimaced. “And
thanks for the reminder, asshole. I almost forgot how much it
fucking stings right now.”

“Just one of many valuable services I
provide.”

“Stick to trying that line on your
boyfriend.” Sean glanced at him, then rolled his eyes. “Fine. Maybe
getting shot—well, grazed—made me think a little, okay? Maybe I
ought to take better care of myself. Quit smoking, eat healthier,
and get in shape.”

It wouldn’t be the first time Sean made such
a vow. Usually, his new lifestyle lasted two weeks, more or less,
before he went back to his old habits. Then again, brushes with
death had a way of changing people, for good or ill. Maybe it would
stick this time. “I’m glad to hear it,” John said. “You can do it,
Sean. I know you—you’ve got enough determination to do anything you
put your mind to.”

“Well, at least I have my own one-man
cheerleading section,” Sean said. “Now if only you looked better in
a skirt. And were a woman.”

“I’m not feeling the love here.”

The door behind them opened, and John glanced
automatically at the mirrored walls. The man who came in looked
like a rock star who’d mistaken the gym for a recording studio:
tall, thin, and pale, with long black hair. He wore a gorgeous
leather coat, closed across his chest with three thick straps. The
coat matched his heavy black boots, also festooned with buckles and
straps.

Surprised, John hit the stop button on the
treadmill. “Hey, Caleb,” he said, grabbing up his towel and wiping
off his face. “Are you coming to join us?”

Caleb eyed the treadmills with an expression
of disdain he normally reserved for ties. “No, thanks. I spent
enough time on the damn things when Forsyth wired me up last
week.”

John winced. He’d met Caleb during an
exorcism. John expected it to be a routine assignment—a ghoul
possession, probably, or maybe a lycanthrope. But not only did the
possessing spirit prove impossible to remove from Caleb—which
shouldn’t have been the case so early in the possession—but it
turned out to be a creature of myth. A drakul.

In common parlance, a vampire.

Gray had accidentally possessed Caleb just
seconds before CPR restarted Caleb’s heart, leaving the drakul in a
living body for the first time. A natural demon hunter, Gray proved
exceptionally useful in John’s work, and the three of them formed a
temporary partnership until Gray could be exorcised. One thing led
to another, and before he knew it, John fell in love with
Caleb.

And maybe, if he was honest, with Gray as
well.

“What’s up?” he asked, trying not to think
about the last. “Did you just come down here to see me get all
sweaty?”

Sean made loud gagging noises. Caleb just
rolled his eyes. “Seriously, Starkweather? Does your brain engage
at all, or do you just say whatever the hell pops into your head?
I’m down here because Kaniyar is looking for you two, and I
volunteered to find you. So hit the showers.”

“Did she say what she wanted?” John asked,
sobering immediately.

“Who cares what she wants?” Sean asked,
turning of his treadmill. “Anything to get off this torture
contraption. Dying on the couch with a burger in one hand and a
cigarette in the other is starting to look better and better.”

Caleb trailed after John and Sean into
Kaniyar’s office. His hyped-up senses, courtesy of Gray, detected
the soap and shampoo from their showers, mingled with deodorant and
cologne. He hated to admit it, but John had looked pretty hot in
the gym, his shorts displaying his long legs and firm ass to best
advantage. Winter kept John in jeans or slacks otherwise, but if
Caleb made it to summer—

“
Why would we not make it to
summer?”

Because “we” was the problem—but try
explaining it to Gray, who didn’t see any drawbacks at all to their
shared existence, and plenty of perks. Like seeing colors, and
smelling a full range of scents, and, oh yeah, sex.

At least John could still theoretically
exorcise Gray at the moment. But after forty days, that was
it—possession became permanent, and nothing would displace the
drakul. Caleb had less than two weeks left, and after…he didn’t
know, really. Presumably Gray would take over and have a field day
with his body.

“
Absurd. Why do you insist on such foolish
delusions?”

Fine, say Gray wasn’t lying. It still didn’t
answer what would become of Caleb. Would SPECTR lock them up and
throw away the key?

Unease.
“Why would we submit to such a
thing?”

“Agents,” Kaniyar said. She sat behind her
desk, a tall woman with bronze skin, marred by four ugly scars
across her face. “You remember Executive Assistant Director
Forsyth.”

Caleb stopped in his tracks. Forsyth sat in a
chair to one side, holding himself so straight Caleb didn’t think
his back touched it. His gray hair and blue eyes, hell, everything
about him screamed “military” even though he wore a suit and tie
and worked for SPECTR.

What the hell did Forsyth want here, anyway?
More tests?

No kidding. And boring…but scary at the same
time, because who knew what thoughts lurked behind Forsyth’s cool
eyes? If he deemed Gray too dangerous to allow to roam around,
could he toss Caleb in lockup against Kaniyar’s wishes? He
seriously outranked her, so the answer was probably “yes.”

Sean and John both shook hands with Forsyth,
mouthing pleasantries. Caleb folded his hands behind him and nodded
guardedly.

“All right,” Kaniyar said, pushing a stack of
folders across the table at them. Caleb got the impression
Forsyth’s presence didn’t exactly thrill her. “Here’s another case
for you gentlemen.”

“Excellent work on the Olney case, by the
way,” Forsyth put in. “His wife and the Fist operative you captured
are both cooperating fully. Not only is the Senator’s political
career in ruins and his proposed changes to SPECTR off the table,
but he’ll be arrested as soon as he’s discharged from the hospital.
The other anti-paranormal hardliners are scrambling to distance
themselves from him. This is a major victory.”

John’s smile could have lit up the entire
city. “Thank you, sir.”

“Yes,” Kaniyar said. “Well done.” She cleared
her throat and returned to business. “A couple of days ago, a
birder in Francis Marion National Forest came across some skeletal
remains. The medical examiner looked them over, and thinks this
might be one of our cases.”

John flipped open his folder. “We’ll take a
look at it.”

“Read the dossier in the car, Starkweather. A
hiker found another body, near where the first was dumped. You,
McNamara, and Jansen need to get your asses over there immediately,
take a look around, and see if you come up with anything definitive
as to whether this is the work of an NHE or a serial killer.”

In other words, Caleb and Gray were expected
to do their demon-sniffing trick again. If the body had soaked in a
swamp for a while, any psychic scent would have dissipated by now.
On the other hand, it would get them away from Forsyth.

Forsyth rose to his feet. “Excellent.” He
smiled. “Our earlier tests here were fascinating, but I want to see
our drakul in action. I’ll be tagging along while you investigate
this case.”

While Sean drove the big, black SUV with
Strategic Entity Control stenciled on the side, John read through
the file on the first body. Caleb sat in the back, plastered
practically against the door, as if to put as much space between
himself and Forsyth as possible.