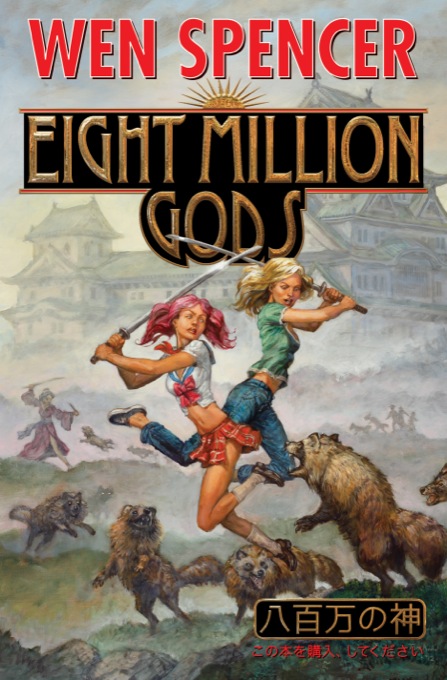 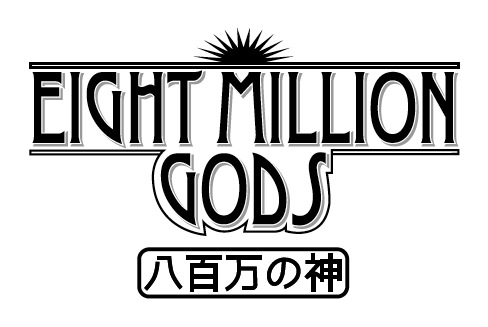 We met when I was an awkward teenager.

Through thick and thin, you’ve always supported me.

Thank you for your friendship.

I value it greatly.

Special thanks to David G. Kosak

for stuffing himself into the trunk of a BMW Z4 to prove it could be done,

“Your mission, if you chose to accept it, is escape your powerful, control freak mother,” Nikki whispered to the mirror hung on the back of the apartment’s door.

“Miss Delany,” the policeman said on the other side of the door. “I have a court order for your commitment to a psychiatric center for evaluation. Please open the door.”

Considering Nikki was in a flannel Hello Kitty sleeping shirt, her hair looked like a rat’s nest, and her roommate’s fox terriers were barking up a storm, escaping was truly going to be mission impossible. Taking off nearly naked was not an option; she was going to have to be clever. She grabbed a hair tie from the hall closet doorknob and stalled as she fought with her long blonde hair. “Under the New York State Mental Hygiene Law, Article Nine, Hospitalization of the Mentally Ill, I have the right to appropriate personal clothing and safe storage of personal property. Do you understand my rights?”

For some weird reason, quoting law to some policemen was like hitting Superman with kryptonite. They just couldn’t cope with material from their home planet. She totally lucked out—there was complete silence from the other side of the door. Score!

She did a mad loop around the tiny living room that currently doubled as her bedroom, snatching up clothing. Bra. Sweater. Blue jeans. She dashed back to the door, dropped the clothes on the floor, and stripped quickly. Over Yip and Yap, she could hear her mother arguing with the policeman—probably telling him to grow a pair of balls and just break down the door. It was a really good thing that the officer was waffling before he even got in the door.

“Please, miss, open the door or I’m going to have to break it down.”

Nikki had learned young that escalation to force was a bad thing; it led to restraints. She had taught herself how to escape a straightjacket, but it involved dislocating a shoulder. She
really
wanted to avoid that if possible. Opening the door while nude, however, would be very bad.

“Okay, okay!” she cried to give herself more time. “There’s lots of locks and they stick, so be patient!”

Luckily, like any good New York City apartment, the door did have multiple locks. She fumbled loudly with them between yanking on pieces of clothing. Of course her bra ended up inside out, but she could just suffer. At least the sweater pulled on without a problem. The jeans attempted to be an octopus of alternating reverse and right side out legs. Panic was trying to set in, which would be very bad. While she wasn’t dangerously insane like her mother would like the legal system to believe, to the causal observer, her hypergraphia certainly made her seem crazy. If she didn’t have pen and paper in hand, her compulsion would make her write on walls with anything available. Time to go to her happy place. She took a deep breath and imagined ocean waves against white sand. Wind through palm trees. Colorful drinks with paper umbrellas.

“I’m opening the door!” She hopped in the foyer, tugging on the jeans one leg at time. “This last lock is sticking!” She gave the top lock a half twist, zipped up her jeans, and looked into the mirror. A Ford model at a fashion shoot she wasn’t, but she’d pass as a normal,
sane
coed about to head out to class. “As always,” she whispered, “this message will self-destruct in five minutes. Cue the
Mission Impossible
theme music.”

She jerked open the door.

The policeman seemed impossibly young, although that could be because he was only about five-six. The clean shave, buzz cut, and wide eyes did not help either, effectively rendering him about twelve years old in appearance. His name badge identified him as H. Russell.

Behind him, her mother was trying to gracefully shove him aside.

“Officer Russell.” Nikki backed away from the door, heading for Sheila’s bedroom as fast as she could, hands in plain sight. She still needed something on her feet, her wallet, and something warm, since it was freezing cold for early May. “I need a minute to get shoes on and gather my things.”

Yip and Yap decided that her coming down the hallway meant that they were getting out of their crate and fell silent.

“Nikki, I don’t have time for you to get your things.” Her mother was in full queen-warrior-senator mode in a black Chanel business skirt suit, more diamonds than some African nations, and Prada three-inch heels. “I’ve got a limo outside. Just put on some slippers and come quietly.”

Nikki locked down on the first ten things that wanted out. She focused on the policeman instead.
Look Officer Russell, I’m cooperating. I’m sane. You can just stand there and be embarrassed for me.

“Let me pack one bag of my clothes,” she pleaded aloud. “I’m crashing here. My name isn’t on the lease. If I just walk out, my roommate doesn’t have to let anyone back in to collect my stuff.”

The truth was she didn’t truly “own” anything. Somewhere far back in her childhood, she had a faint memory of having a bedroom full of things that were hers and hers alone, an entire room full of privacy. Currently everything “hers” was actually stuffed she permanently borrowed off of her roommate, Sheila.

“I will buy you new stuff.” Her mother closed fast, her heels clicking menacingly on the hardwood floor.

They hit the bedroom door at the same time, and Yip and Yap went ballistic at the sight of a brand-new person to play with. Instantly Nikki was alone in the room. The fox terriers were the main reasons she was crashing with Sheila instead of other friends; her mother was terrified of dogs. She wanted every advantage she could use against her mother, just in case of days like this. Nikki hurriedly yanked open “her” drawer in Sheila’s dresser and grabbed her wallet and passport.

A quick check confirmed her wallet had everything she needed to start life over. Again. Next time in Japan. That had been her plan since she was fifteen, only she wasn’t supposed to leave for another six months. This wouldn’t be the first time, though, that her mother had screwed up her plans. Nikki shoved her wallet and passport into her jeans’ back pocket and grabbed a pair of socks.

Officer Russell appeared in the door as she sat on Sheila’s bed to put on her shoes. Sheila’s perfume still hung in the air, making Nikki aware that she was about to vanish out of her roommate’s life without a decent good-bye.
This is so fucking unfair!

Fair or not, it was what she had to work with. How was she going to get out of this? She pulled on her running shoes. She needed time to think, so she grabbed Sheila’s gym bag and made a show of stuffing clothing into it. Yip and Yap would make sure that her mother stayed as far as possible from the bedroom, but Officer Russell was firmly anchored in the doorway.

“This is for your own good,” her mother called from the living room, nearly shouting to be heard over the barking. “You’re not stable enough to live alone.”

Nikki breathed out a laugh. This was going to be one of those conversations where the whole point was to influence the interloper, not the person actually addressed. Her mother realized that Officer Russell was the main thing blocking Nikki now and was trying to shift him to her mother’s side. Nikki hadn’t been totally aware of winning him over but trusted her mother’s judgment.

“I don’t live alone,” Nikki pointed out to both her mother and Officer Russell. “I have a roommate.”

“She posts homosexual erotica on the Internet,” her mother countered. “Some of it involves underage boys.”

Nikki heart leapt slightly in fear. “You did a background check on Sheila?”

“My teenage daughter disappears to go live with a complete stranger she met on the Internet. Yes, I had a background check done on the woman.”

“I turned twenty last month, Mother.” Nikki picked up her lip balm and used it on her lips one last time. Her hypergraphia begged her to scribble an entire random scene onto the dresser mirror. She controlled the urge and only wrote, “Bounce” onto the glass.

There, this time she let her roommate know that she hadn’t been murdered in a back alley. Poor Julie had actually reported her missing before the FBI let her know that Nikki had been involuntarly committed to a mental hospital.
And wasn’t that fun to escape from
?

Did her mother know about her plans to flee to Japan? The biggest problem with her plan was how easy it was for a senator to track a US citizen via a passport. Provided, of course, they knew to look. Up to now, Nikki been careful not to cross any borders. She had used a spy level of caution in getting a copy of her birth certificate and applying for her passport. She had researched methods of getting out the country quietly and how movements of citizens were reported. If her mother didn’t have her flagged, then she could hopscotch to Japan. If she did . . .

Nikki closed her eyes.
Breath deep. Happy place.
A desert island, far, far away from her mother. Away from the closed-in spaces of a mental hospital. Nikki, a laptop, Internet connection, and nothing but white sand, shifting shadows, and the dazzle of sun off the ocean.

“Are you okay?” Officer Russell stepped closer, and Yip and Yap howled their disappointment that the second new person wasn’t letting them out of their crate.

Nikki nodded, opening her eyes. “Just trying to remember if I’d forgotten anything.”
Like getting out of this apartment a free woman.
Still, she needed to find out first what her mother knew. She made a show of opening drawers and going through the contents.

“Sheila writes stories based on Twilight,” Nikki called to her mother. “You know—vampires and werewolves? They’re not real people. It’s called fan fiction, and it’s all on a password-protected forum. You have to register with a valid e-mail account and verify you’re over eighteen to read the stories.”

“And you think this makes a site secure?”

She knew it didn’t. The question was, in digging through Sheila’s private websites, did her mother’s people find Nikki’s? Did it matter? If Sheila broadcasted Nikki’s “Bounce” command, everything would be abandoned and everyone would move to the new site.

Nikki took a deep breath and tightened her hands against taking out the lip balm and this time writing on the walls. Fighting with her mother would get her into more trouble. She needed to run, not stand and try to win this argument she had no hope of winning. She never won. Right now, she needed to be clever and quick.