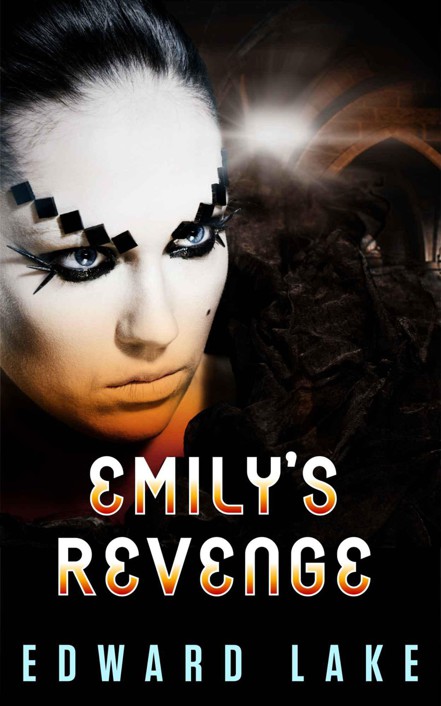 A
ll rights reserved. No part of this book shall be reproduced or transmitted in any form without prior written permission of the publisher.

T
his book is a work of fiction. Names, characters, places, and incidents are either the product of the author’s imagination or are used fictitiously. Any resemblance to actual events or locales or persons, living or dead, is entirely coincidental.

P
lease be advised: This book is part of a series. It is highly suggested that you read episodes 1 and 2 before reading episode 3.

Right after the ceremony for Adomas and all the soldiers we had lost, I went home and marched to the security room. London met me there shortly after. At the center of the control board, on the big holographic screen, I saw my fleet of hundreds of thousands of ships, attacking the rebels. They had reached Juozas’s ship, too, and had now surrounded him. Furthermore, their primary order was to rescue Samantha and bring her back to Earth.

I crossed my arms and tapped my foot as I watched the proceedings with London. “Give me an update, Dear. What’s going on up there?”

“The soldiers have the rebels trapped, Great Emily. It won’t be long before they take them down.”

I nodded in response. “Good. But remember, Samantha is with Juozas. We can’t take
that
ship down until she is free.”

London stepped closer to the screen and pointed at the swarm of ships surrounding the rebels. “Certainly, My Ruler. We have contained Juozas’s ship and ordered him to return to Earth. If he does not comply, we will threaten to shoot the ship down.” London turned and faced me. “Of course, the threat will serve as just a deception. Juozas will crumble under pressure and realize the rebellion is not worth risking his spawn’s life. He
will
return to Earth, and Samantha will be safe.”

It was a solid plan. Still, I couldn’t help but feel on edge. “I don’t know, London. Juozas is as stubborn as they come. He’ll try something. I know he will.”

“Sure he will. But he only has one option, and that is to search the universe and find a habitable planet, then discharge from his ship in the escape pod. As you know, a search of the universe will take a moment—a moment they don’t have.”

I exhaled and watched as my ships blasted the rebels. A part of me wanted to be up there with them, fighting the good fight. I was tremendously proud of them for sticking by me. They were truly loyal to my rule, and loyal to the Mamluk way of life.
My soldiers.

London gently placed his hand on my shoulder. “Why don’t you get some rest, Your Greatness? I will watch over from here, and make sure this mission is successful.”

I looked up at him with a smile and touched his hand. “Thanks, Dear, but I won’t. This mission is too important. I need to see this through, and make sure we get our Champion back.”

London gave me a bow. “I sincerely admire you, Great Emily—may you rule forever.”

I blushed. “No. I couldn’t do this forever. I’ll serve my time and retire, like Dalia before me.” I glanced at the entryway. “In the meantime, why don’t you find me a servant and have her bring us some food and refreshments.”

London flashed a smile. He promptly stepped back, kneeled and bowed his head before leaving. “Right away, My Ruler.”

I
was sitting at the control board, watching Mother’s fleet attack us with steady laser beams. From behind, I could hear Samantha crying. It pained me a great deal to see my wonderful daughter in this situation. She should have been some place safe and warm, snuggled in a thick blanket, with her mother and I singing her to sleep.

I turned around in my chair and saw a soldier holding her. Her name was Saule. I remembered her from our time at the Soldiers Academy. She was a bulky female, with long brown hair, dark brown eyes and a chin that looked like a rock. I smiled as I watched her cradle Samantha.
My beautiful daughter.

I took a deep breath and turned back around. Out the window, I could see the other rebel ships, spread out amongst the bright, white stars. It was an uplifting view to see us united as one, fighting to end slavery and bring peace to our society. Still, if we were to have any chance of survival, we needed to hurry and find a new home before the enemy destroyed us.

At the control board, I glanced at the soldier sitting across from me. “Have you found anything yet?”

He quickly checked the scanner and shook his head. “No. A search of this magnitude will take some time, Juozas.”

We were looking for a habitable planet, scanning Earth’s neighboring star systems. I stared at the screen and watched the scanner doing its work. I felt tension all over my body, hoping that something would come up.

The soldier conducting the search lowered his head. I looked at him and saw immense suffering in his eyes. “Perhaps we should surrender, My Champion. In just a moment, our ships will begin to fall, and we will all die.”

I reached out and kindly touched his shoulder. “There are so many depending on us—so many innocent beings that have lived in agony for so long. We have to keep fighting—we have to keep trying.”

He let out a solemn sigh. “Forgive me, Juozas. You are right.”

I gently tapped his shoulder. “Somehow, we’re going to make it.” I turned around in my chair and released the metal straps. I stood up and quietly walked over to Saule.

She looked up at me with a smile. “How are you feeling, Juozas?”

I kneeled in front of Saule and rubbed Samantha’s soft head, and her crying gradually faded. “I’m doing fine, My Friend, and thank you for watching her.” Samantha stared at me with a happy, empty gaze as her cheeks perked up. I laughed and smiled.

Saule saw her adorable, gleeful face and laughed too. We shared a peaceful silence for a moment, then Saule’s face saddened. “We’re going to die, aren’t we, Juozas?”

I reached out and took her hand. “No. Not today at least. One way or another, I
will
end this, and we will be free from Mother’s attack.”

A moment later, my comrade at the control board called to me. “Juozas, the levels on our shield are dropping fast.”

I quickly stood up and hurried back to the control board. Another soldier had taken my place in the other chair. I stood behind them as we watched the screen together. Mother’s ships had increased their fire. “Ready the lasers.”

“But that will drain energy from the force field.”

He blew out an aggravated groan as he activated the lasers on our ship.

“Concentrate your fire on the nearest ships, block their lasers the best you can.” I released a heated breath as I looked on. “All right, Mother. Your move.”

M
y new lead servant was a woman named Claudia. She was about the same height and size as me, and the strings of gray in her hair made me guess she was a bit older than me.

She promptly came to the security room and pushed a wooden cart inside. On the cart, she had a tray filled with seasoned, grilled meat, steamed vegetables and a few bottles of wine. “Where would you like it, Great Emily?”

I turned in my chair and glared at her. “You were not permitted to speak, Servant. If I weren’t busy, I would have you whipped or killed. So just stand there, and wait for my orders.”

Claudia’s face became tense and sad. She put her head down and stood there like I had told her. To teach her a lesson, I ignored her and went back to watching the monitors.
If you move, or say another word, I will kill you.

My fleet was blasting Juozas’s ship, and it seemed as if their shield was on its last legs. I turned on the radio and sent my first command. “Listen up, Soldiers. This is it. Our primary objective is to rescue Samantha and bring her home. Hold your fire and stand by for instructions. I will attempt to resolve this issue with diplomacy.”

Truthfully, there
was
still a shred of hope left in me that made me think I could reach out to Juozas and stop the violence. I called to him over the radio. “Juozas, if you can hear me, please respond. I would like to talk.” I glanced at London and waited. After a while, I sent another message. “Juozas, please respond. I just want to talk.”

Finally, after about another minute of waiting, he answered.
“What do you want, Mother?”

I smiled before sending my reply. “Hello, Son. How are you?”

“Stop your shenanigans, Mother, and tell me what you want—or get on with it.”

“I want you to come home and return to your rightful place as my protector, as Champion of all Mamluks.”

“I have told you once before—if you are not prepared to free the slaves, and liberate the planets the Mamluks have conquered, then we have nothing to talk about.”

I released an angry exhale before sending my next response. “Juozas, think about your fellow rebels. Think about your love, Isabella. This is not just about you and Samantha. It’s about all of us.” I let that register with him before going on. “It doesn’t have to be like this. We can come up with a solution. So please, come back to Earth.”

I waited for a long while, but Juozas never replied. My demeanor intensified and my chest pounded as I stared at the screen. “Fine. Have it your way.” I thumped my index finger onto the button for the radio and ordered the strike. “Soldiers, take down those ships.”

I leaned back and watched the screens. There were lasers sparking and shooting from every angle.
Excellent.

Finally, I turned around and looked at Claudia. Like a good girl, she hadn’t moved an inch, and her lips were sealed. I smiled. “You may speak, Servant.”

She was clearly afraid to talk. But after a little twitching, she spoke up. “Where would you like it, Great Emily?”

I glanced at London with a grin. “Where would we like it?”

He turned around in his chair and laughed, then waved his hand over the space between us. “Put it right here.”

Claudia pushed the cart to the suggested spot and stepped back. She firmly placed her hands at her sides and waited for instructions. I stared at her as I poured myself a cup of wine. After taking a sip from the smooth, metal edge, I put the cup down and folded my hands in my lap. “Return to your duties.”

Claudia turned around and walked to the entryway. Before she could leave, I stopped her.

“Oh, and Servant, one more thing,” I said, spinning my finger in the air, telling her to turn around.

She spun around and waited.

“From now on, you will call me—Master.” I put my hand out toward her. “And you can speak after I say this next part.” I smiled again. “Do you understand?”

She gave me a speedy, frightened nod. “Yes, Master.”

I
took over at the control board and operated the laser on my side, firing constant beams at Mother’s fleet. To my left, my comrade was blasting away at the enemy ships with rapid-fire. But no matter how hard we tried, the enemy ships broke through our attack and continued their assault on our shield.