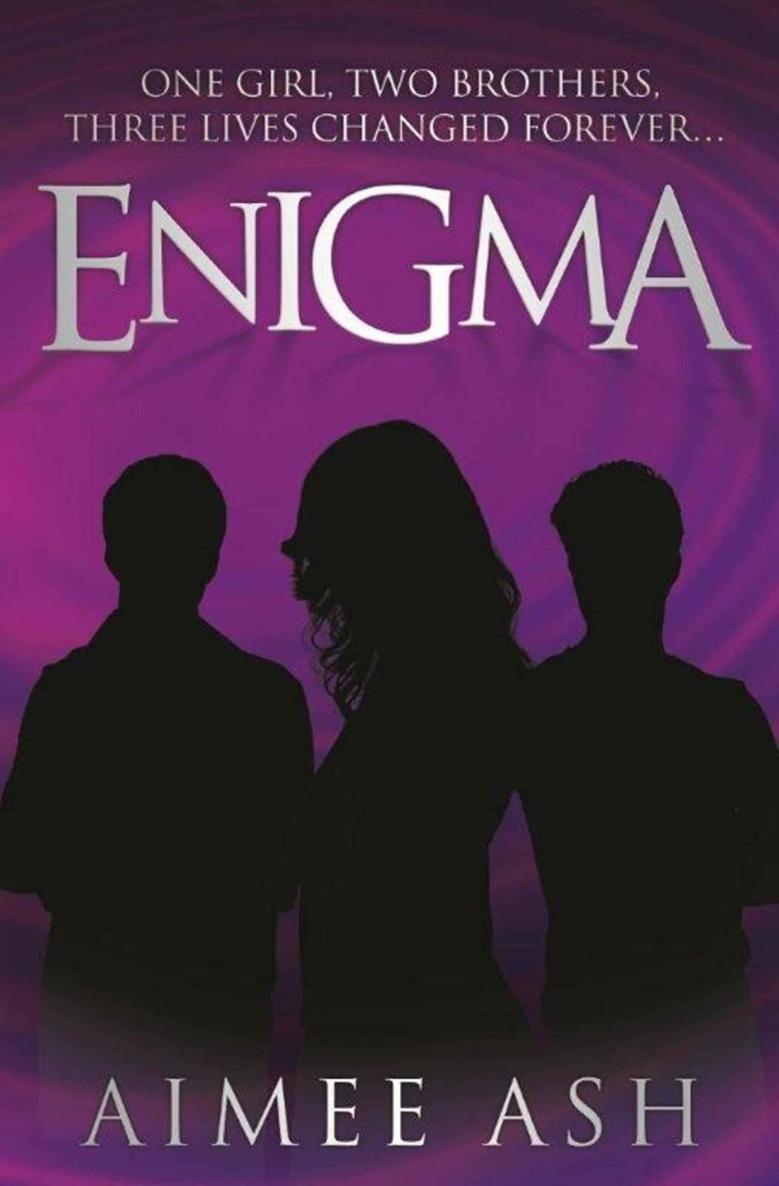 No part of this publication may be reproduced, stored in a retrieval system, or transmitted, in any form or by any means, without the prior permission in writing of the author, nor be otherwise circulated in any form of binding or cover other than that in which it is published and without a similar condition including this condition being imposed on the subsequent purchaser.

Other books available from Aimee Ash

Blood on the Moon

A Touch of Magic

This book is dedicated to those who believe that love is eternal, and as long as we hold onto it, we will always have it.

With thanks to my dear husband who has supported and never doubted me, my children who have shown me what unconditional love truly is, my parents who taught me to fulfill my dreams and my forever friends, Claire and Michelle, who have encouraged me throughout writing this book and have shown me what true friends are. I love you all.

Somebody wise once told me to look into the eyes of love and ask myself what I see, for love reaches out to us in mysterious ways and at moments when we are least expecting it. Longing and hoping for your dreams to come true will only stand in the way of what fate might bring. Free yourself from doubt and allow yourself to be loved, and its presence will bring its magic in abundance. If you open your mind and your heart, you will never feel alone again.

Always remember: anything is possible . . .

T
he Californian sun beamed brightly through my windows. Wincing, I peeked at my clock. It was eight, and time for me to get up, but I couldn’t resist having five more minutes of peace before chaos erupted. We had moved into our new house late yesterday afternoon, and after spending the remainder of the day unpacking, I was exhausted. This was our fifth move in six years and I was quite a pro at upheaval; I hadn’t even bothered unpacking some of my boxes from when we had moved the last time. Every gated community now looked the same to me; even the people somehow seemed familiar.

My father, Doctor Bryce Harris, had promised that this would be our last move for at least a couple of years. He’d bought an office in the heart of Long Beach, where plastic surgery was routine for the wealthy. My father had dragged us around the country and had made quite a reputable name for himself. Whatever you wanted lifted, tucked, enhanced, reduced, reconstructed, implanted, or sucked out, he could do it—for a price, of course. My mother was Exhibit A, and my ghastly,
narcissistic
sister, Heather, was Exhibit B; I had no intention of becoming Exhibit C.

Feeling a sense of despair, I hoped that we could finally settle, especially since I was starting college the next day. While I convinced myself to get out of my comfortable bed, a familiar feeling settled in the pit of my stomach. Ever since I can remember, I’d felt emotionally deprived; I’d never had a best friend and I was always the new girl: popular for the first week and then dropped like a lead balloon when old friends reunited. I only wanted to belong, to feel connected to someone or someplace, but after our fifth move, I decided it wasn’t even worth making the effort to find a friend; the pain of rejection was dreadful.

Feeling refreshed after a hot shower, I was as ready as I’d ever be. I sauntered down the grand, gold-trimmed staircase, knowing exactly what everyone would be doing in the kitchen before I walked through the door. Even though we’d moved, the breakfast routine remained the same. My mother, Camilla Harris, would have a pot of camomile tea placed to her left and would be eating a berry and banana fruit salad with organic probiotic yogurt—zero fat. Her rosy cheekbones would exaggerate themselves as she sipped her tea, and her champagne-blonde, bobbed hair would bounce above her slender shoulders as she reached across the table for the newspaper that she didn’t actually have any interest in reading.

Ahh yes, then there’s my older sister. Heather would be back from her morning walk wearing her custom-made, shape-up sneakers, yet she wouldn’t have broken into a sweat. She would be sitting with her spindly legs crossed while sipping a fruit smoothie, with her thin lips firmly clasped around an eco-friendly straw, avoiding all traces of carbohydrates. Her long, platinum-blonde hair would fall around her skinny face and she would glare at me while I ate pancakes—her worst enemy. Almost every day, she’d tell us that being a model was a lifestyle for her, not just a job, and then we’d hear about how it took dedication and commitment to look as good as she did.

And let’s not forget my father. He would be rushing out while eating the last of his breakfast to tend to his patients who made appointments at unearthly hours to avoid being seen in daylight. His clothes—as predictable as he was—would be freshly pressed. He’d be wearing a fitted shirt with his initials embroidered on the chest, and it would be complimented by expensive cuff links that matched the gold clasp on his imported silk tie. His brown, Italian-leather loafers would complete his outfit and as he slipped into his silver
Mercedes-Benz, he’d wave to the neighbors, making sure everyone had seen him.
I’d cringe by the window and watch as the neighbors shook their heads as he turned the corner.

As for my baby brother, Brett, who knew when he would surface? He would have been out all night at yet another keg party, and I had no doubt that he would have drank far too much, like he always did. His tendency to show off around girls had gotten out of control, but he loved the attention far too much to stop. Being such a popular high school heartthrob was a full-time job for him. His tousled, wavy-blonde hair and soft gray eyes were just two of the many things he had going for him. But he could be so much more than he wanted to be.

Sometimes I thought that Brett deliberately aimed to fail just to irk our father, who had nothing but negative words for him. I’d cringe as my father shouted at and demoralized Brett, tearing him apart with every word when he thought nobody was listening.

After his outburst, my dad would retreat to the garden to suck on a cigar and Brett would sulk off to his bedroom. I’d tiptoe to his door and listen to him cry. Sometimes he’d throw books around the room, and then sometimes there would be nothing but silence. When there was silence, I knew I had to watch him. Before I entered the kitchen, I paused and glanced at my reflection in the antique, pewter mirror, which had hung in the foyer of every house we’d ever lived in. It was a hideous, gothic, and eerie-looking family heirloom given to my father by his great uncle. I let down my wavy, ash-blonde hair and weaved my fingers through it, trying to rearrange it in an attempt at making myself look like less of a tousled mess. My pale complexion accentuated the dark circles under my sunken eyes. Heather would say that I needed a good dose of vitamin D. I turned to the side, placing my hands down the length of my thighs, and studied my figure. The skinny jeans I wore hugged me in the right places and my loose shirt covered my flaws. My lack of trendy dress sense annoyed my mother, and Heather always had something to say about my casual attire.

Approving myself for the day, I stepped into the kitchen and smelled something delicious. I was ready to eat and get out of there; I had more unpacking to do, and I had to prepare for my first day of college. As I sat at the table, Heather glared at me with her bright, blue eyes, inspecting my clothes as usual. Her long and wiry platinum-blonde hair flowed neatly down her back and with her every move, it gracefully fell around her face, making her beauty even more apparent. She was a bitch, but a beautiful bitch. My mother looked up from her newspaper and joined Heather in observing me.