Mariana cut her off with a sizzingly perfect kiss,
melding their wet, thick lips together with ferocious passion. Their mouths, so
close to Master's cock, quickly latched onto it, making out with each other as
they ran their lips up and down his magnificent meat. They each adored
his massive length, their perfect lips overrunning.

Mariana loved her fellow slave Camille, loved how
completely in love they both were with Victor, loved how they both worshipped
him with everything they had. It was so utterly perfect.

They swallowed it down
eagerly, loving the warm, perfect feeling of it oozing into their bodies, of
each perfectly crafted atom decorating their utterly beautiful beings. They
giggled and laughed richly, almost crying in joy.

Mariana loved the feel of his
warm goo all over her, the blanket of wet hotness it provided.

Inside her belly, Mariana
could already feel her Master's seed going to work, filling her up with life.
Her belly swelling just slightly, her tits growing. His power grew within her,
just as it grew in the realm. For as Mariana went, so went the kingdom of
Elysia.

Subscribe
to my monthly newsletter for a private link to a completely free story
available ONLY for subscribers! Not only that, but you'll receive access to
special offers and discounts!

Hope
to hear from you soon! 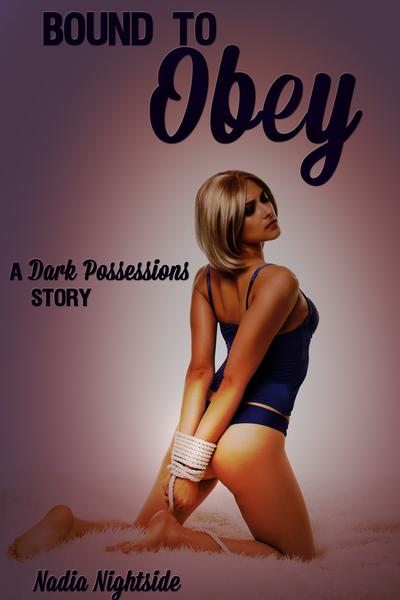 Unappreciated and ignored, geeky teenager David feels doomed to never have sex. Even with being a nice guy to every girl he encounters, they still treat him like the loser he was branded as in high school. The love of his life, blond and busty Amy, won’t even give him a second thought, and the arrogant, exotic beauty Catalina—who is responsible for his standing at the bottom of the social ladder—humiliates him every chance she can get.

But that’s all about to change. A gorgeous shop owner at the new antique store in town, Possessions, has given him a mystical set of ropes that will give him total control over anyone he chooses. Soon, he has Amy wrapped and constrained, under his total control, falling deeply in love with him and calling him Master…and Catalina is next.

Finally, she heard thumps behind the door. It opened up to reveal…David.

He was shirtless, wearing sweatpants. Had he gained some mass recently? She remembered him being incredibly scrawny, but now he was more…wiry. Ripped, really.

“Hey, good lookin’,” he said with a smile. “You look ravishing.”

She rolled her eyes. Maybe he couldn’t see it behind her designer sunglasses, or maybe he could, she didn’t care. Of course she looked ravishing. She was Catalina. Could there ever be any doubt?

“Um, yeah, whatever.” Catalina was confused. “Where’s Amy? I thought she and I were going out shopping for shoes?”

Before going into the apartment proper, they had to go up a narrow stairway. She followed him up the stairs. His back was layered with thick muscles, like he had been spending the past couple of weeks lifting and constantly staying in motion.

At the top of the stairs, there was a flash of movement, and she felt something tight and soft slip over her arms, binding them to her torso. She looked down. Was that…rope? She squirmed, thinking it was some joke, but the ropes only got tighter and tighter. She couldn’t move her arms at all.

“What…what’s this?” Her voice had just an edge of panic.

“Hey babes,” came Amy’s voice. The delectable blond slid her face forward, resting it on Catalina’s shoulder. “I’m like, so glad you decided to come over.”

“Wha…what is this?” Catalina straightened up, trying to power out. “If this is a joke, I am not laughing. Seriously. I do not like this.”

Except…some part of her did. The ropes felt…good. They felt like they were sliding over more than just her skin. Her brain, maybe. Hot little warm thoughts slid over her skin and into her mind.

“This isn’t a joke at all, babes,” Amy chirped. “We’re going to enslave you!” 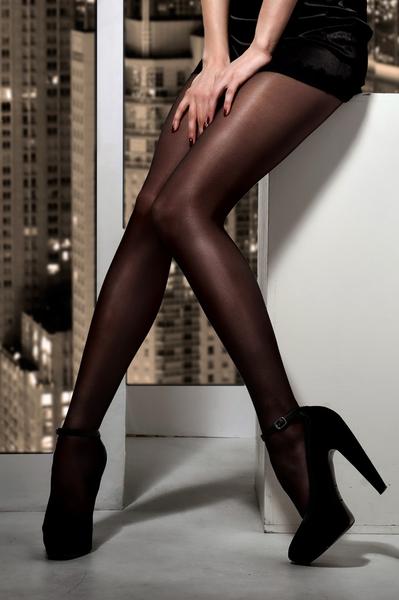 For Nadia Nightside, everything is about sex, and sex is all about power and control. She spends all her time dreaming up hot new ways to delight readers with stories including these themes--whether they include science-fiction, fantasy, paranormal, or more realistic aspects.

If it involves hot, steamy submission, or one dominant personality asserting just exactly how dominant he or she is, she loves it, and she wants to write about it.