They weren’t taking her back.

They weren’t deterring her from the vengeance that would save her sanity, her life—and, shit—the soul that might still lurk within her somewhere.

She leaped onto the base of the tree and began to climb, her nails digging into the sodden wood like fangs through flesh. She’d deal with whatever met her at the top. She’d fight as she always did, always had, to hold on to whatever freedoms she could claim. Because they—the control and the choice—were all she had. They were the only things left to fight for.

The growl, the bark of the wolf that sounded below her was menacing and all Lycos, but he didn’t concern
her overmuch. It was the voice of another, the water lord, the one she’d suffered the most with—been found with as a
mutore balas
—that finally halted her.

Her claws dug farther into the wood. She was ready to spring.

Fucking Helo. The six-foot-six, skull-shaved, caramel-skinned water Beast had always been a bleeding heart little bastard. She climbed another few feet and hissed. Unfortunately he was her favorite bleeding heart little bastard and he knew it. He was the one who always let her crawl into his bed at night when she was a scared
mutore
shit who’d belonged to no one but Cruen. The one she’d wanted so badly to run to the night Cruen had watched her shift for the first time with greedy, clinical eyes after his servant raped her. The pretend father of them all had been interested only in the fact that the assault had caused her shift—not in protecting her. It was then that she’d realized that no one could ever truly protect her. No one but herself.

Just a few feet above her, a massive snowy white hawk landed on a thick branch and trained his eyes, one brown, one green, upon her face. The panic within her threatened to steal her voice, but she pushed it back, as she pushed everything complicated and painful and terrifying back, as far as it would go. Someday all that suppressed shit was going to bubble up to the surface and explode.

The bird’s beak lifted slightly into a sneer, and Dillon hissed at the thing. “Get out of my way, Phane, before you lose all those pretty feathers.”

“We just want to help you,” Erion called from below. The flash of the eldest brother’s arrival was lightning quick and brilliant next to those of his animal brothers, who had used their speed and scent to those of track their sister.

“If you want to help me, then walk, fly, swim, and flash the hell out of here,” Dillon shouted down at the Beast, so massive in his demon state, his diamond eyes moon-bright in the dark forest. “Let me finish what I started.”

“This isn’t the way to get revenge, Dilly.”

“This is the ultimate way!” she returned. “Have you learned nothing from our adopted father? Or did Cruen teach you only to torture your prey?”

She saw Erion’s eyes flash, Lycos’s too. The demon Beast shook his head, as though he were attempting to remain calm. “You will only draw attention to yourself.”

“You will get yourself killed,” Helo said, his chest naked and wet from tracking Dillon in the river. “Get us all hunted.”

Beside him, the wolf growled out an irritated “She doesn’t care.” Lycos looked at her with his narrowed canine eyes. “She didn’t care back then when she ran from us and she doesn’t care now. There is no loyalty inside her. She is an empty shell, selfish and without a conscience.”

Strange bleats of pain shocked Dillon’s insides. It
was as though a knife were playing with her organs, making tiny cuts, attempting to make her feel anxious and slow and desperately alone. She wanted to feel angry at Lycos’s words, wanted to shoot back with something equally stinging, but nothing surfaced for her to grab on to, to use as an emotional battering ram. Maybe because he was right, or maybe because she didn’t care about anything but herself in that moment—saving herself, getting control of herself.

But was that wrong? Shouldn’t she care about herself first? It was how one survived—how she’d survived this long. Granted, they didn’t know—the Beasts, her brothers—they didn’t know what she had to run from, why she’d run from them. And they never would. Their memories of the past and her part in it were their own—not something she was ever going to correct.

She stared hard at Lycos, then Erion, then Helo. “Listen, Beasts. Return to your new family, your new lives, and forget the sister that so easily forgot you.”

The words were effortless to say. Lies always flowed from her tongue like blood from a gaping vein. It was the look in Helo’s eyes that stopped her from punishing them further—that shattered the last hope she had for a working soul.

He’d thought he was going to bring her back, rescue her, carry her home on his back like he’d done a hundred times when they were
balas
.

Dillon allowed herself a second of self-loathing and grief, but a second was too long. Above her, the hawk pushed from his branch and dove at her, landing on her back and sinking its needle-sharp talons into her neck.

The jaguar screamed in pain, lost her grip on the tree trunk and began to fall. Panic seized her muscles and she struggled to rotate, to get her belly and feet down, as she stretched to catch branch after branch but missed every one. Fifteen feet. She hit the ground hard, paws slamming the dirt, back legs attempting to cushion, but something broke.

A bone? Or was it her resolve? She couldn’t tell from the pain—it was everywhere.

Her head came up, her fangs dropped, but she was in no position to fight. And even if she was, could she truly hurt these
paven
s? Any more than she already had?

Someone flashed directly beside her. He was tall, dark, had a closely shaved head and eyes the color of wine. Under the cool moon, she saw that he held a long silver object in his hand. Her instincts flared and she hissed and tried to snap at it, at him with one paw lifting, claws extended.

“It’s all right, D,” he whispered, his voice strained as pulled her against him. “Everything will be all right.”

“No!” She struggled, and desperation ripped at her insides. “Let me go. The senator. I have to kill him.”

“What?” Clouded by pain and adrenaline overload, she couldn’t make out his words.

Alexander’s voice went hard as stone. “The human male is dead. It’s over.”

“No!” she screamed into the cold forest air, barely hearing the concerned hum of the male voices surrounding her. “He’s mine! Oh, God. Oh, shit! I’ll never recover…”

“Calm down, Dilly, please.” Helo. Or maybe it was Erion. She didn’t know, didn’t care.

They didn’t understand. How could they? It was over. She was never going to be free.

Despair choked her and she cried out, “Who? Who did this?”

There was a curse, then the word, the name. “Gray.”

A growl exploded from Dillon’s throat and she whirled to face Alexander. “I’m going to kill him.”

Alexander’s worried expression registered for only a second before he abandoned all mercy and plunged the needle straight into her neck, sending Dillon, the jaguar, to her knees, then into a sea of bitter nothingness. 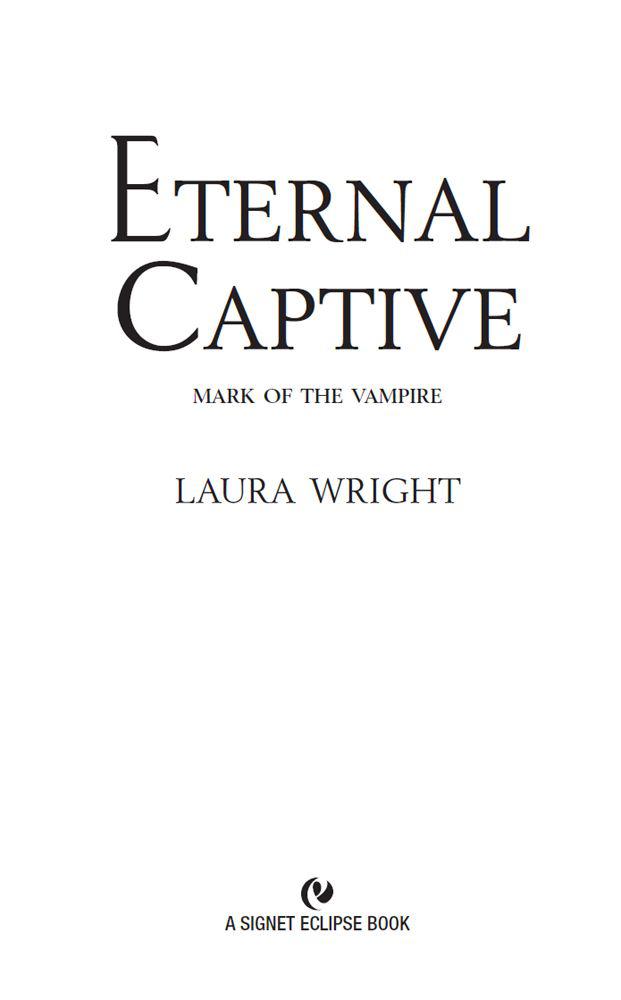 Niagara: A History of the Falls by Pierre Berton
Jo Beverley by A Most Unsuitable Man
Darkwalker by E. L. Tettensor
Steamed to Death by Peg Cochran
Caribbean Crush (Under the Caribbean Sun) by Bayley-Burke, Jenna
A Shore Thing by Julie Carobini
Apprentice Father by Irene Hannon
Rousseau's Dog by David Edmonds
The Column Racer by Jeffrey Johnson
Who's That Lady? by Andrea Jackson
Our partner