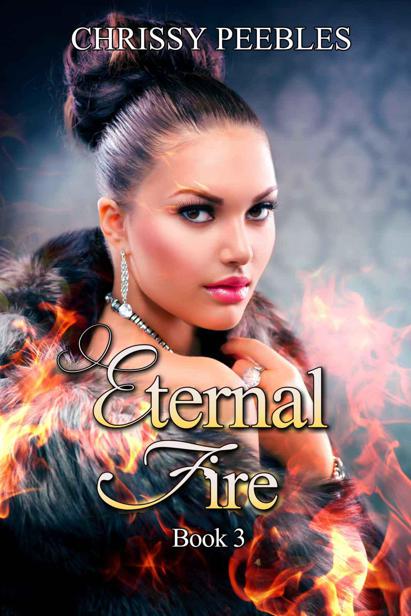 This e-book is licensed for your personal enjoyment only. This e-book may not be re-sold or given away to other people. If you would like to share this book with another person, please purchase an additional copy for each recipient. If you’re reading this book and did not purchase it, or it was not purchased for your use only, then please return to Smashwords.com and purchase your own copy.

Thank you for respecting the hard work of these authors.

All rights reserved. No part of this publication may be reproduced, stored in or introduced into a retrieval system, or transmitted, in any form, or by any means (electronic, mechanical, photocopying, recording, or otherwise) without the prior written permission of both the copyright owner and the above publisher of this book. This is a work of fiction. Names, characters, places, brands, media, and incidents are either the product of the author’s imagination or are used fictitiously. The author acknowledges the trademarked status and trademark owners of various products referenced in this work of fiction, which have been used without permission. The publication/use of these trademarks is not authorized, associated with, or sponsored by the trademark owners.

Visit the Author’s Blog at:
http://chrissypeebles.blogspot.com/

Alex, Faith, and Matthew. I love you.

My Father God in heaven

Patrick Griffith – the awesome guy who made my cover and gave me the motivation to write book 3. Thank you for listening to me, supporting me, and encouraging me.

It was early morning and the sun had just ascended through the thick clouds that had made riding a living hell for the horses. Butterflies fluttered lazily from flower to flower in the lush, green meadow. I cupped my hand over my brow to shade my upturned face from the early morning sun, mesmerized by the sweet
hum
of the beating wings of birds. Victor had told me it would be the most secluded place to practice. He had taught me how to embrace my new powers. Rushing faster than the wind and focusing to see farther than an eagle came naturally to me now, just like touching delicate things without breaking them into pieces. His confident yet patient way reminded me of having my very own handbook,
helping me to adjust to his immortal world with no computers, television, or electricity which wasn’t easy. At first, I’d thought I’d never fit in, but he assured me I would, and his faith in me gave me a much-needed confidence in myself.
In the end he proved to be right, just like he always was.

I pulled at my dress to straighten out the wrinkles. I would have given anything for an old pair of jeans and a T-shirt, but that’d be unbecoming of a queen. The people around me wouldn’t understand such a fashion statement, so I had to settle for medieval attire: a ridiculously long, navy-blue dress with a low-cut neckline and wide, bell-shaped sleeves. I had a satin ribbon neatly wrapped around my waist, tied in a bow at my back. The ribbon and sleeves were a different shade than the body of the chemise, but the light blue hue was one of my favorite colors.

Victor’s hunter-green wool tunic with a split neck emphasized his sapphire eyes. His apparel clung perfectly to his muscular body, and his broad shoulders and strong arms gave him the look of a true warrior. Black leggings, knee-high boots, and a leather belt that encircled his narrow waist finished the ensemble. It was difficult to rip my gaze away from him, my sexy, medieval hottie. Even after a year together, I hadn’t tired of him, and I was sure I never would.

He rolled a ball of fire in his hands, then stared at me with those dazzling blue eyes. “Are you ready, my dear?”

I nodded, and my stomach quivered. His deep, husky voice always had that effect on me, but I dared not let it show. I’d
demonstrate
to him—and everyone—that I was a force to be reckoned with, so I
didn’t even
flinch under the weight of his stare. Focusing on lightning bolts in my mind, I clenched my hand and opened it. My skin began to tingle with electricity a moment before my fingers glowed. I bit my lip hard as zigzagging lightning bolts poured from my fingertips. As a red, flaming ball of light sped toward me, I directed my powers by throwing my hands in the air, stopping the fireball in midair and it fizzled away into nothing. I threw my head back and laughed,
exhilarated
. “Is that all you’ve got?”

Across the meadow, I could see Victor’s face light, beaming with pride at my accomplishments. I had deflected his attack and was ready for more. With a wave of his hands, he unleashed a set of frozen ice balls straight at me. Remaining calm, cool, and collected as ever, I extended my arms toward him, channeling more power through my hands, and threw a set of fireballs across the field in a flurry of crackling power. They collided with his and crashed into a towering tree next to me. Smoke and fire erupted, and I waved my hand, only to watch the flames immediately die out.

Before I had a chance to recover, Victor sent fireball after fireball barreling toward me and his deep voice boomed in my head: “You’re still young and enemies will immediately sense your weaknesses. Always be prepared. Never let your guard down. Those are the only two rules that will help you survive.”

I charged another ball of fire between my hands, then hurled it with every ounce of strength I possessed. With a burst of energy, I blinked, and the fireball grew until it was three times the size of Victor’s—a clever trick Liz had shown me, and I’d been anticipating putting it to good use against my significant other. His eyes widened in surprise for a moment, but then he grinned.
Mission accomplished. He’s definitely impressed.
My giant fireball consumed all of his, then exploded in a brilliant flash and dissipated into thin air.

Within seconds, he traced back over to me and swung me in his arms. “Stunning, my love! Absolutely impressive!”

“
Thank you, but I want to show you something else I’ve learned.”

He nodded, the grin on his face betraying his delight. “You’ve been practicing with your sister,
haven’t you?”

I smiled slyly. “Perhaps I have.”

His strong, rugged look accentuated his chiseled features, and even in the early hours of the morning he boasted a five-o’clock shadow, which I liked to call his designer stubble. Even when he didn’t shave for a day or two, I found it extremely masculine and sexy.

“
Show me what you’ve learned,” he said with a daring nod.

I was anxious to show Victor a skill that I’d recently perfected. Using my mind, I closed my eyes and gently coaxed a doe and its two fawns to venture out of the vegetation into the thick green field of clover. I was going to create a puddle of water for them to drink from. They looked so cute. Their
fur
ranged in color from
brown
to cinnamon, and they had gray sides and a white belly. I could still see the white baby spots on the fawns. The mother lifted its head with a jerk and sniffed, looking for any signs of danger. I could feel her urge to bolt, so I called to her again in my mind, assuring her that she was perfectly safe in my presence. The fawns continued to stare at me with their big brown eyes, batting their to-die-for lashes, watching my every move. They were so innocent and so adorable that I couldn’t resist putting them in a daze so they wouldn’t run.

I waved my hands, and tiny droplets appeared in midair. In seconds, they began to swirl into a tiny twister; at the same time, I comforted the deer. The whirlwind of droplets crashed into the ground and instantly formed a large piece of white ice. I bit my lip.
Huh? That wasn’t supposed to happen!

Victor shot me a smirk, and I grinned sheepishly, trying to pretend that I knew exactly what I was doing.

“
I can turn it into an ice sculpture, maybe a swan and a heart, for a wedding or something,” I said. When he cocked a brow, I continued. “Back in my world, we hire people to turn blocks of ice into beautiful creations. It’s quite magical and breathtaking.” I told him about my world every chance I got. Somehow, it made me feel as if I were still connected to the reality I’d always known, even though I knew I’d never return to that place—the one I’d always called home. When I’d first arrived in Tastia, it was a hostile, uninviting world that didn’t seem to want to welcome me, but now I considered it my home.

“
It’s amazing to know that beyond the portal lies a great nation with a culture all its own,” Victor said, as though sensing my nostalgia. “I love hearing about the traditions of your world. It seems such an odd and wonderful place—just as intriguing as the
woman
who came to me from it.”

I knew Victor meant every word. He was always willing to listen to me babble on and on for hours and hours, and he never told me to be quiet. He focused on every word that came out of my mouth, as if truly intrigued, and he told me more than once that he knew listening was key to understanding my world and culture. He wanted to learn everything there was about me, and I was flattered by that.

My gaze drifted back to the big block of ice. “I can fix this,” I said, trying not to burst out in laughter at my blunder.

With another wave of my hand, a yellow ball of light sprang from my hand and blasted the ice. It crackled and sizzled like ice cubes melting in soda, until a perfect puddle of blue water formed in the soft grass. The deer stepped gingerly through the clover and started lapping water like kittens at a bowl of warm milk. Victor held my hand, and we watched the majestic animals until they limberly darted back off into the forest.

When Victor looked at me, his smile melted my heart. Sure, I was forced to marry him in the beginning, but I could no longer deny what I felt. I was desperately, totally, utterly, completely in love with him in every way.

Opal (Rare Gems Series Book 4) by Kathi S. Barton
Trading Secrets by Jayne Castle
The Break by Deb Fitzpatrick
Camber the Heretic by Katherine Kurtz
Next by Michael Crichton
Darkness & Light (War of the Fae: Book 3) by Casey, Elle
A Father At Last by Julie Mac
Violet Addiction by Kirsty Dallas
Bracing the Blue Line by Lindsay Paige
The Chieftain's Feud by Frances Housden
Our partner