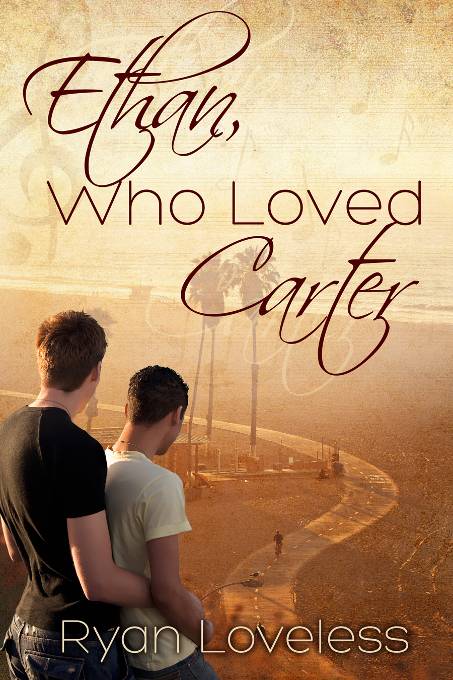 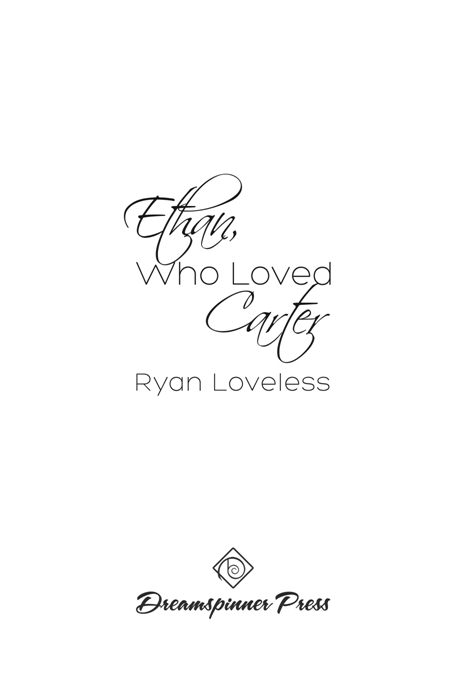 To Robin, Sherri, Tara, Tonia, and everyone

who supported and encouraged me on this project.

You are unrepeatable. There is magic

about you that is all your own.

T
RAUMATIC
brain injuries and Tourette’s Syndrome have wildly different effects on different people. This story should not be taken as definitive, but simply as portraying two people with some of the traits that others sharing their conditions may or may not also have. I have to thank my friends Tara and Tonia for relating to me Tara’s experiences of living with a traumatic brain injury and Tonia’s perspective as Tara’s loving sister. Tara also read my earliest draft and made suggestions to make Ethan more realistic. I did my own research to build up my knowledge base, which further helped me create Ethan’s character. I highly recommend the following books for anyone interested in learning more.

My Stroke of Insight: A Brain Scientist’s Personal Journey
by Jill Bolte Taylor

Where is the Mango Princess?
by Cathy Crimmins

Head Cases: Stories of Brain Injury and Its Aftermath
by Michael Paul Mason

While almost everything about TBI and its effects on a person and that person’s loved ones was an unknown topic to me when I had the idea for this book, Tourette’s Syndrome is something I know well. I was diagnosed in junior high school (aged twelve), but my tics started well before. TS is hereditary, and other members of my family also have it, with varying degrees of severity. I based Carter’s experiences on a fictionalized version of my own, which is typical in some ways and unique to me in others. For additional resources, I turned to Dr. Oliver Sacks’s books. They have long been a go-to source for me to understand my TS. I consistently learn something new about myself from his work. I recommend any of his books for people seeking to learn about Tourette’s Syndrome. For anyone wanting to learn more about the effects of music on TS (or the brain in general), I recommend Dr. Sacks’s
Musicophilia: Tales of Music and the Brain
. For the purposes of this story, Carter’s experiences differ from those discussed in Dr. Sacks’s book (but are similar to mine). But as I said in the beginning, every person is different. Somewhere, there are people like Carter and Ethan. And many more who are nothing like them. Maybe you know them. Maybe you are them. Either way, welcome.

C
ARTER
stood on his stoop as the movers drove away. Maybe he looked like an idiot waving at a truck with “Hanson’s Flat Rate Moving” emblazoned on the side, but he didn’t care. Santa Josephina was the type of town where Carter had dreamed of living since his first year in Los Angeles drove the romantic idea of big city life out of him. LA was the wrong place for someone like Carter. He needed quiet; he needed to not be bombarded twenty-four hours a day with noise and visual distraction. Turning back to his house, he looked up at the address plate over his new door.

Now that was a good address. Easy to say.
Fun
to say. His old address on Yucca Street was also fun to say, but here he had a yard in front and back. He had a two-story
house
to himself, instead of a dinky apartment on a fourth-floor walk-up with walls that shook every night with the neighbors’ music. Inside, Alice tore open boxes. Carter faced the street again, stepped off his stoop onto his sidewalk—he had
his own
sidewalk—and perused the quiet street. It was midday, so there weren’t many cars parked in front of the trimmed lawns. A few homes had children’s bicycles abandoned on their sidewalks, which signaled either foolishness or that bicycle theft wasn’t a problem here.

“Are you sure you’ll be all right?” Alice yelled. Carter turned around to squint into the darker interior of the living room, seeking her out. She paused in lifting a stack of books to give him her concerned face—squeezed lips and scrunched eyes. He’d seen enough of it since he’d told her his plan to move. Despite her disbelief that anyone would want to leave LA (he chose to believe this was the problem and not that she didn’t think he could cope on his own), she’d helped him every step of the way, so he was grateful for that.

With a last look at the afternoon sun, Carter went back inside. He left the door open, relishing the freedom to do so without worrying about someone with a weapon coming in. “It’s not the moon, Alice, I’ll be fine.”

“Stop being elitist.” Carter weaved through the towering stacks of cardboard boxes to reach her.

“You could have had calm and quiet in LA. There are peaceful streets and houses there!”

“It’s not only about the house. I needed a big change. Santa Josephina is perfect. It’s got small-town appeal with big-city features. Zoos, museums, beach…. Plus you get more bang for your buck here.” He paused to give his most important reason more impact. “And there’s fewer people.”

Her expression softened. “I know it was rough for you.”

Giving her shoulders an affectionate squeeze, he said, “I’d have gone crazy if not for you.”

“What are friends for?” Alice elbowed him in the stomach. “Promise me one thing.”

“Don’t become a hermit. I want you to actually go out and enjoy all those perks you just rattled off.”

He laid his right hand over his heart in a solemn vow. “I promise.”

“Carter. I mean it. Sometimes I think the only reason you went out in LA is because John and I made you.”

Rather than admit she was right, he tried to sound sincere as he parroted her words back to her. “I won’t become a hermit.” He never intended to shut himself in as long as he did. Sometimes he just needed to get away from everything.

“Good. You should enjoy yourself this week, because next weekend I’ll be here with work.”

In addition to being Carter’s first friend in LA, Alice had given him a job transposing music for her theater company, which kept Carter paid well enough to afford this move, so if she was upset about his leaving, she only had herself to blame. When Carter had told her that, she’d flipped him off. He snapped out his smartest two-fingered Boy Scout salute. “Thank you for letting me get settled first.”

“I’m a benevolent boss, darling.” Putting her hand on his shoulder, she tugged him down to kiss his cheek.

His hand hit a box and his head jerked sideways. Series of three.
Hit, jerk; hit, jerk; hit, jerk
.
A kick for good measure and he was done. Alice turned her attention back to her chore as if nothing had happened. Carter opened a box and got down to the business of unpacking.

H
OURS
later, the house was almost livable. He’d found his clothes, the pots and pans, and the bed linens. Alice had departed in the early evening, complaining about traffic before she stepped out the door. The movers had set up the bed before they left, and Carter debated collapsing into it without bothering with the sheets. He dragged himself into the shower instead. The house had two showers, a nicer one upstairs and a utilitarian one off the laundry room on the first floor. Carter used the one in the laundry room so he could drop his sweaty clothes directly into the wash.

As he stood in the shower watching soap bubbles slide down his chest, he listened to the noises of the house. His own house and he was only twenty-four years old. That was an accomplishment he could be proud of. Tomorrow he’d go out and see what Santa Josephina had to offer.

Maybe. He could go online and find out too. With effort, he dismissed the idea. He’d promised Alice he wouldn’t avoid people. He could go out for his morning coffee. They’d passed a place on the drive into town that looked quiet.
Pepper’s
or something like that. That would be a nice, easy start. Decaf, though. Caffeine made his efforts at restraining his tics go to shit. If he kept his head down and his sunglasses on, he had an easier chance of hiding the flurry of squinting and blinking that he couldn’t control no matter what he did.

Carter emerged from the shower exhausted. Wrapping a towel around his waist, he walked through the house and stumbled upstairs.
Pop pop
. His arm lashed out, bashed against the railing. It didn’t hurt, but this was the dangerous time, when he was too tired to tame the misfiring synapses in his brain and his body did what it wanted. He hauled himself upward before it did something that would send him tumbling down. His other arm lashed out a few times and struck the wall, but he made it to the landing. He examined his hand under the light at the top. A little red. Probably nothing, but best not to take chances. He descended, this time to go to the kitchen and hope the freezer had ice in it.

It did. He wrapped a few pieces in a towel and went back upstairs without incident.

The bedroom window looked out onto the neighbor’s property. It was a two-story house similar to Carter’s. Their backyard had a tire swing hanging off a sturdy oak tree that stood in the middle. Carter had an equivalently sized tree in his yard. While Carter’s yard was otherwise empty except for a toolshed, a swing set and jungle gym stood near the neighbor’s tree. Carter had noticed them earlier in the day. Now, he looked out the window trying to make out their shapes in the moonlight. The motion sensor lights in the yard went off, causing his left hand to fly to his face. A man stood in an empty space a few feet from the tree. He turned when the light went on. Carter clutched the towel tighter around his waist.

Sweet Cravings by Eva Lefoy
Sleigh Bells & Mistletoe: A Short Story (The Brides Series 1.5) by Lena Goldfinch
Heart of Winter by Diana Palmer
Appetite for Life: The Biography of Julia Child by Noel Riley Fitch
Chapter One by Whitesell
Shadows and Silk by Liliana Hart
Strawgirl by Abigail Padgett
Love and Chaos by Elizabeth Powers
Professor Moriarty: The Hound Of The D’urbervilles by Kim Newman
Raven and the Cowboy: A Loveswept Historical Romance by Sandra Chastain
Our partner