Read Execution: A Guide to the Ultimate Penalty Online

Execution: A Guide to the Ultimate Penalty 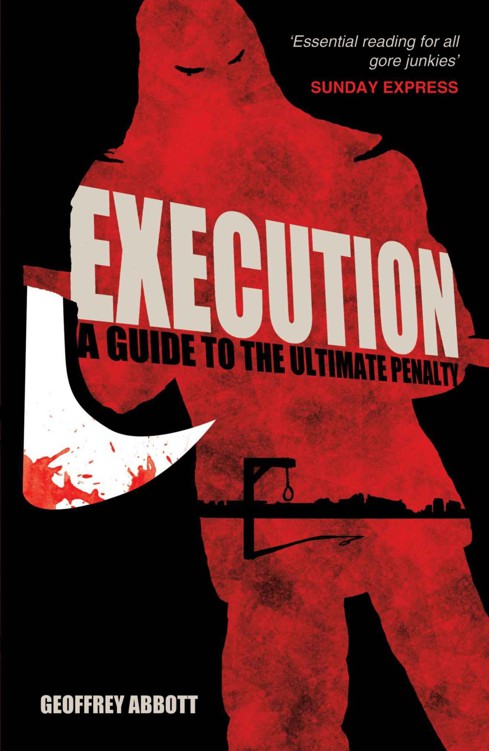 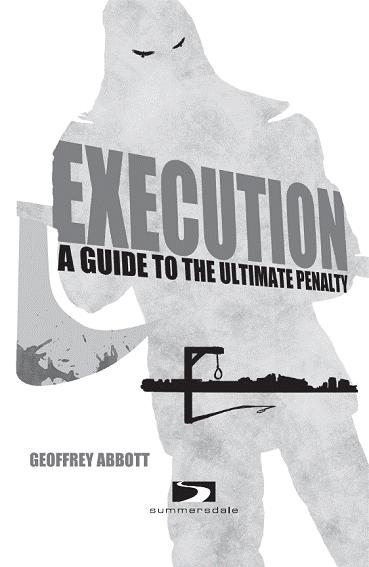 This edition published in 2012 by Summersdale Publishers Ltd

The right of Geoffrey Abbott to be identified as the author of this work has been asserted in accordance with sections 77 and 78 of the Copyright, Designs and Patents Act 1988.

No part of this book may be reproduced by any means, nor transmitted, nor translated into a machine language, without the written permission of the publishers.

This book is sold subject to the condition that it shall not, by way of trade or otherwise, be lent, re-sold, hired out or otherwise circulated in any form of binding or cover other than that in which it is published and without a similar condition including this condition being imposed on the subsequent publisher.

Substantial discounts on bulk quantities of Summersdale books are available to corporations, professional associations and other organisations. For details contact Summersdale Publishers by telephone: +44 (0) 1243 771107, fax: +44 (0) 1243 786300 or email: [email protected]

Geoffrey Abbott
served in the RAF during World War Two before later becoming a ‘Beefeater’ at the Tower of London. He has written more than 24 books on torture and execution, has appeared in numerous TV documentaries as consultant or executioner and, by invitation, has written entries on torture and execution for the
Encyclopedia Britannica
. He once stood on the ‘drop’ trapdoors in the execution chamber of Barlinnie Prison, Glasgow (as a fact-finding author, not a convicted criminal!) and has also experienced having a noose placed around his neck by a professional hangman – the late Sydney Dernley, a man endowed with a great, if macabre, sense of humour! He lives in the Lake District.

Broken on the Wheel

Burned at the Stake

Hanged at the Yard-arm

Nail through the Ear

Over a Cannon’s Muzzle

Sewn in an Animal’s Belly

Thrown from a Great Height

Tied in a Sack with Animals

Jargon of the Underworld

Appreciative thanks are due to all those who were roped in to advise on hanging, those who stuck their necks out and helped me on the subject of the guillotine and axe, others who sat in during discussions on the electric chair – and even those who failed to get the point of lethal injection.

More seriously, I am indebted to the German, Dutch, French and

American staffs of NATO libraries during the years 1956 to 1974, and the curators and custodians of the many Continental museums and castles who so kindly imparted information on their more gruesome exhibits.

In particular, much credit is due to Dr Harold Hillman, Reader in Physiology and Director of Unity Laboratory of Applied Neurobiology at the University of Surrey, England, for his precise and detailed information on the anatomical effects and likely pain caused by the various methods of execution, and also to Michael Clark of Lornshill Academy, Scotland, for the material he so helpfully provided.

While every effort has been made to trace copyright in all material in this book, the author apologises if he has inadvertently failed to credit any such ownership.

Photographic work is by The Studio Workshop, Kendal, Cumbria.