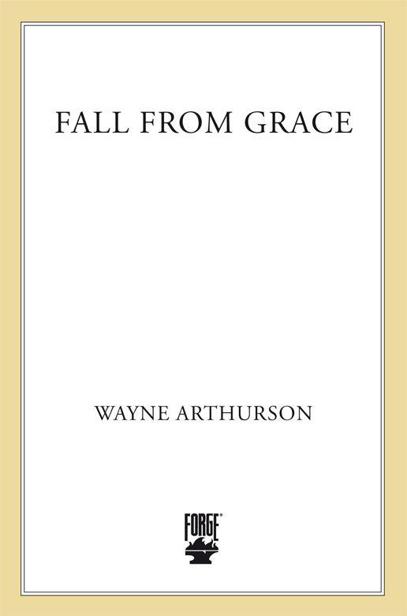 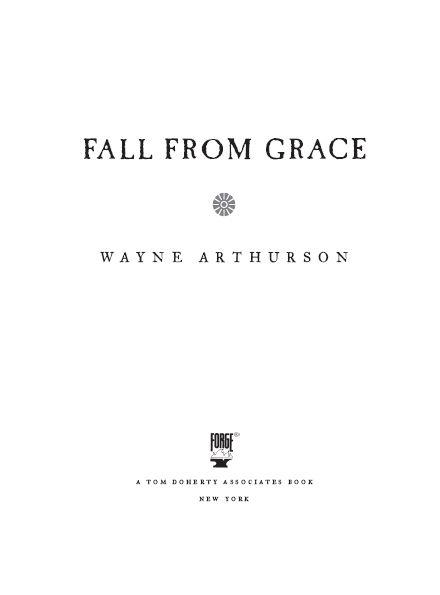 I’m completely indebted to my wonderful daughter, Vianne, who keeps me honest and makes me laugh. And to my brilliant and beautiful wife, Auni, because I couldn’t do any of this without her.

Thanks to the Canada Council of the Arts and the Alberta Foundation of the Arts for their support in the writing of this project. Also thanks to my agent, Linn Prentis, who took me on saying it would be difficult to sell a book written by an unknown Canadian; my editor, Jim Frenkel, who bought the book written by an unknown Canadian and made it better; the late Neal Leatherdale, who gave me my first job in journalism; novelist Minister Faust for letting me use the term
Kush
; Geoff, Howie, and John, the boys in the band (The Ways); and those police service members and journalists who offered insight and knowledge. Also great thanks to my mom, my dad, my sisters, and all my family members who supported my writing career, and everyone else who helped in any way.

“Do you want to see the body?”

It was not an unusual question; I’ve been asked it before, and I will probably be asked it again. But the key question at the moment was whether to accept the offer this time or to turn around and just walk away.

We stood at the edge of a farmer’s field, squinting even though it was overcast. That’s part of life on the Prairies. When the sky is more than two-thirds of your existence, there’s no choice but to squint, even on an overcast day. At this time of year, the whole world was gray. The leaves had turned and fallen to the ground long ago and the golden stalks of grain had been harvested weeks before, leaving behind stubby shoots. The cleansing white of the first snow could come sometime tonight or around Christmas, who knew? If you’re betting your life savings on the issue, save your cash and buy a lottery ticket. The odds are better, although Halloween is sometimes a safe choice for the first day of winter. Nothing like little kids walking the streets in search of candy to bring out Old Man Winter and all his accoutrements.

The only bit of color in our vicinity was the bright orange crime scene tent. Underneath that lay the body in question. The cop who had asked the question gestured toward the tent with his chin, keeping his hands in his pockets because like most of us this time of year, he didn’t think it was cold enough for gloves. But when he stepped outside he realized his mistake. Of course, he could have gone back into the house to get them, but that would have entailed several minutes of searching through a drawer or box or cupboard of winter clothing that had been forgotten since sometime last spring.

And admitting that this collection of clothing still exists is a major psychological step in the annual life of a Western Canadian, at least for those of us who live on the Prairies. Denial plays a major role in this particular change of seasons. And for the cop to go back into his house to retrieve a pair of gloves and accept that winter was on its way was tantamount to admitting that he was an alcoholic or that his marriage was finally over and it was time to move on. Even so, if you were looking for something to bet your life’s savings on, then bet that this cop would have his gloves tomorrow and would keep them with him till some time around April, maybe even May, depending on what kind of winter was awaiting us this year.

“Come on,” he said with a grin. “You got a few minutes before the rest of your gang shows up, so I’m offering you an exclusive.”

I looked at him and sighed. “The last time you let me look at a body, Detective Whitford, I … Well, let’s just say it’s something I really don’t want to remember, but am unable to forget.”

“This one’s different,” he said with a shrug. I shot him a quick look of disbelief.

“I mean it,” he quickly added. “Honestly. Last time you were a suspect of sorts, and in order to confirm or deny your involvement I had to forgo giving you any warning of the condition of the body. Your reaction showed that you were not involved and in the end it all worked out, did it not?”

“Maybe for you, but not for me. It’s a visual image I could have done without.”

“Okay, although I won’t apologize for what I did, I am sorry that you had to go through it,” he said, pulling a hand out of his jacket pocket and placing it on my shoulder. “Consider this offer as my way to make it up to you.”

“You’ve got to be kidding,” I said with a cruel laugh. “You want to make up for showing me a dead body by offering to show me another dead body? I thought I was the one with mental problems but you are something else.”

“Listen, Leo,” he said, enunciating his words to make a point. “This one is different, I promise you. And this time, you are not a suspect; you’re only a journalist out here on a story. And at the moment, you’re the only journalist. But there will be others, and the offer I’m making now will expire the instant I see one of their vehicles come over the horizon. You can’t tell me that it won’t make your story better if you got a quick look at the body.”

I sighed. He was right. The other lemmings were no doubt only a few minutes behind me and we would all have the same story of an unknown dead body in a field, with the photos all showing the same orange crime scene tent in the distance. The only way to make my story stand out, even from the moving pictures and early-supper deadlines of the TV stations, would be to accept Whitford’s offer, step into that tent, and get an up-close and personal view of the body. I looked back at Whitford. He was sporting a smile that intimated he had read every thought that had run through my head.

“Good.” He nodded, turned, and walked toward the tent. I followed, looking away from the orange tent, trying to brace myself for what was inside. I took in the open barrenness of the landscape and wondered what compelled people, any kind of people, to settle in a place where the prominent colors were brown, gray, and white; where the growing season was barely one quarter of the year; and the length and breadth of the land was dwarfed by the immensity of the sky. The eternally optimistic, that’s who, because only people with a totally optimistic worldview would look at this seemingly dead countryside and figure that it would be a great place to build a life, start a family, and/or create a civilization.

Then again, maybe they were seduced by the seemingly constant sunlight. This day may have been overcast, but that was an anomaly. For the most part, sunshine was the norm, even during those bitterly cold days when the light lasted less than the average workday and the cold could kill you if you weren’t prepared. But maybe they knew that; maybe they understood that even in the dead of winter, there would be light, yes, diffused to a constant orange glow because of the sharp angle of the sun, but light nevertheless. And that was enough to stay.

Since I was a descendant of those people, including those original settlers, those first idealists who crossed the Bering Strait more than twenty thousand years ago in search of a better world and food, I couldn’t just turn off those optimistic genes. I wouldn’t enjoy looking at the body in the tent, but at the very least I’d probably be the only journalist who would get a confirmation of race and gender. Not much of a scoop, but a scoop all the same. And back at the paper, that would earn me the grudging respect of my fellow reporters and editors. But only till the deadline passed. Then we would be all back on the same page.

Inside the tent the world acquired an orange tint, and even though I had been invited inside, strangely happy to be out of the brisk wind, I waited by the opening. A crime scene is a crime scene, I’ve learned, and there was really no reason for me to get any closer. What I needed to see was square in the middle of the tent, and even though a couple of forensic cops were hovering around the body, I could see her clearly.

I knew that it was going to be Whitford’s responsibility to break the news to her family, if she had any, and though I knew cops like him would always lie by saying she looked peaceful, he wouldn’t be lying in this case. She was on her back, eyes closed, arm tucked behind her head with the right leg bent slightly at the knee. It was as if she was resting on the floor of a tent after a long hike in the mountains and any minute she might sigh and roll over.

To distract myself from the fact that there was a dead human being just a few feet away from me, I constructed a preliminary lead in my head:
Police are treating the discovery of an unidentified female body in a farmer
’
s field east of Edmonton as a “suspicious death.”
Of course, neither Whitford nor anyone else had used the words
suspicious death
since I arrived, but in theory, the discovery of a dead body is always considered suspicious by police until such time it’s considered not. Still, the presence of the bright orange tent, the forensic team, and a detective from Homicide—Whitford—added a bit more credibility to my lead, and I was completely confident that no one would have a problem with my using the term in the story.

A second later, after I took in the features of her face, the darker tone of her skin, visible even in the orange tent, and her straight black hair, I added the word
native
to my lead. Of course, I was making an assumption based on visual clues, because there are many nonnative people who have native traits and vice versa, especially in this part of the world.

Myself, I fell in the vice versa category, expressing the physical traits of my French-Canadian father. Despite my mother’s recently acquired treaty status and her native features, if my body was found in a field,
Caucasian
would be the word used for my racial category. But again, I was pretty confident that my choice of words was correct. With natives, Aboriginals, First Nations peoples, or whatever you called them/us, being the largest minority population in the city and with the same group also leading the way in being victims of crime, my lead felt accurate. Maybe not completely true until the identity of the victim was confirmed, but accurate. And that was all that was needed at this moment in the story.

Cam Jansen and the Wedding Cake Mystery by David Adler
Dark Currents by Buroker, Lindsay
The Pirates and the Nightmaker by James Norcliffe
Everneath by Ashton, Brodi
Nobody Came by Robbie Garner
Finding Nouf by Zoë Ferraris
Close to the Edge by Sujatha Fernandes
The Last Summer of the Camperdowns by Kelly, Elizabeth
Beyond Mars Crimson Fleet by RG Risch
Faith (Soul Savers Book 7) by Cook, Kristie
Our partner