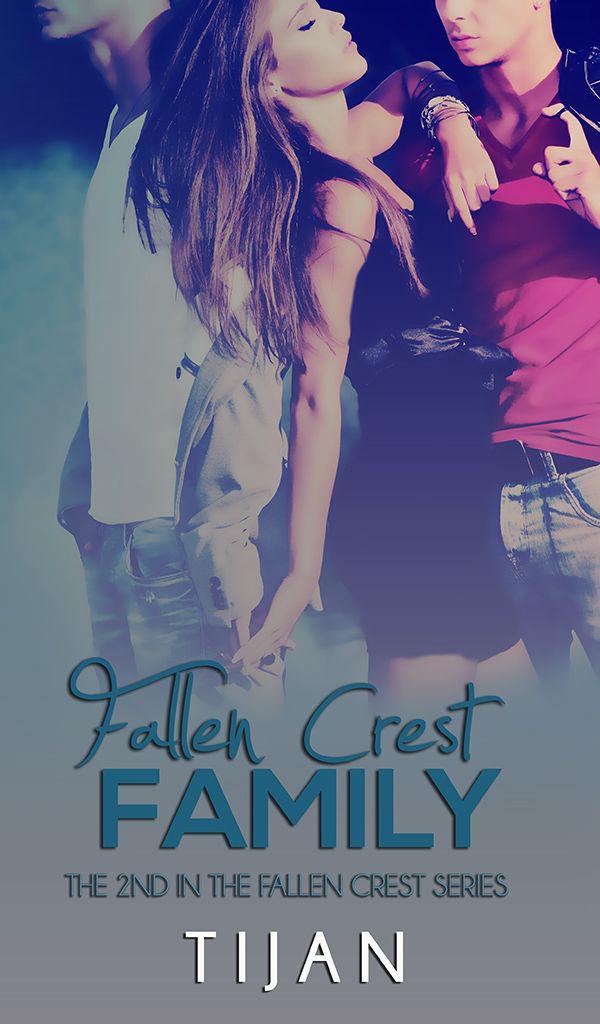 
Copyright © 2013 Tijan Meyer
All rights reserved. No part of this book may be reproduced or transmitted in any form without written permission of the author, except by a reviewer who may quote brief passages for review purposes only. This book is a work of fiction and any resemblance to any person, living or dead, or any events or occurrences, is purely coincidental. The characters and story lines are created by the author's imagination and are used fictitiously.
Cover image designed by Lisa Jordan at
www.lisajordanphotography.com.au
This story is dedicated to my readers! You guys inspire me.

When I arrived at the party, it was the largest I had ever seen. The mansion was
filled with people. The doors had been left open and the overflow spilled out to the front lawn. The driveway went around a large fountain, which a few girls had gotten into. Their shirts were soaked to their skin and their hair was messily rumpled, giving them the wet sexy look. I knew the guys, who stood with their drinks at the side, enjoyed the view. More than a few had that dark promise in their eyes. They wanted sex and they wanted it now. One of the girls squealed as a guy swept her in the air.

I rolled my eyes and pushed past.

Public parties were always considered the best, but this was in a whole new league.

When I stepped onto the front steps, a blast of heat came at me from inside. There were people everywhere. I pushed through the crowd until I was on a back patio. The backyard stretched out with another pool, a basketball court, and a tennis court. There was too much to even look at with all the people, but I could tell the place was phenomenal.

Some girls dashed past me, giggling, while guys chased after them.

Then someone bumped into me from behind. I heard, "Oh, I'm sorry," before I turned around and saw who it was. I found myself staring in the crystal blue eyes of Adam Quinn, someone whom I had considered a friend until two months ago.

"Oh." His voice dropped, and he stood there without saying anything else. After a moment passed, he glanced to the side and slid his hands into the front pockets of his jeans.

I smirked. He was dressed appropriately with custom-tailored jeans and a loose-flowing shirt that was left unbuttoned. A white tank was underneath. It fitted like a second skin to his abdominal muscles and chest. I saw that he had been working out more, but whatever. What did I care? He had dropped our friendship two months ago, and since Adam was the Golden Boy for our school, Fallen Crest Academy, everybody else had followed suit. No one talked to me anymore, even his neighbor, the one person I had come to consider as a real friend.

I asked, though maybe I shouldn't have, "How's Becky?"

A small sense of triumph flared through me, but it was so small, and it was gone instantly.

"Uh," he looked away before his jaw hardened, and he met my gaze again. This time he didn't blink. "She's good. I think she's dating someone from your school."

"FCP. You know what I mean. Their school, you're one of them now, so…your school."

He clenched his jaw. "I heard something else."

All senses went on alert. I knew what he was talking about, but I hadn't known it was already on the gossip mill. This wasn't good. "What'd you hear?"

He shrugged and looked away. There it was. I knew it was only a matter of time. Adam could never be honest with me for too long.

"Come on, what?" I knew he was going to leave. I sensed it and grabbed his arm as he started to inch away. "What did you hear?"

"Let go of me." His eyes hardened as he looked over my shoulder. "I don't think I'm supposed to be talking to you."

"What are you talking about…" But the words left me as an arm snaked around my waist and pulled me back against a hard chest, a very hard chest.

Mason's chin came to rest on my shoulder and he breathed out. The air caressed my neck, and I felt the possession in his demeanor. A tingle raced through me, especially when his hand slid down my waist to rest on my hip. He pressed me back against him again. I felt every inch of him now and fought against closing my eyes when my desire started to overtake me.

"I should be going," Adam mumbled before he turned. But then he stopped. His face was twisted in an unnamed emotion. "Thanks for inviting everyone to the party."

"Not my party." Mason straightened against my back. His hands held me firmly in place, but I could feel the coldness from him now.

Adam didn't squirm; he straightened and never looked away. He had learned. Then his eyes caught mine for a second before he looked away again. A shiver went over me. I saw his anger in that second, but he only replied, "Your best friend's place. Your party."

"This is Nate's party?" I twisted around, but Mason didn't let go of me. His hands had a firm grasp on my hips. When he didn't look down, his gaze still fixed over my shoulder, I slid a hand around his neck and tilted him downwards. He met my gaze then and I tried to stop myself from melting. His green eyes softened and a small grin came over him. When he lifted a hand to rub against the top of my lip, I closed my eyes. A groan escaped me before I realized what I was doing. Then I grabbed his hand. "Stop."

"Stop what?" His amusement was evident.

"This is Nate's party?" That meant one thing. This was his place, but did that mean…"Is Nate moving back?"

And then someone threw his arms around us and we were pulled in for an even tighter hug. "Hello, my peeps!" Logan's breath smelled of booze and as he hugged us again. "I love you guys and you know what else I love?"

Mason grimaced, but I still caught the small grin at the corners of his lips. He deadpanned, "Nate's pussy?"

Logan threw his head back and let loose a hoot. Then, even as he died down, he couldn't wipe the silly grin off his face. And he wasn't trying, not even the slightest. "Yeah, maybe." His eyes turned to me and I was caught by the intensity in them. An abnormal look of earnestness was in them, albeit slightly blurred from booze, but it was there. It was the most sincere expression Logan had allowed me to see in a long while. He reminded me of a five-year-old little boy in that moment, one with shaggy brown curls and dark chocolate eyes that made so many girls' heart melt. "Did Mason tell you? Nate's moving back for the last half of the year. How fucking fantastic is that?"

Very. Nate was the fourth member in our group, but it hurt. He hadn't said a word, but Mason couldn't stop from grinning at Logan so I forced myself to put it away. Nate was back. That was all that mattered, and then realization hit me as I looked around. This enormous place was his.

Yet, even as I asked, I knew it was. Both of them didn't answer, silent as I looked around again. There were so many people at the party. I recognized a few from my school, obviously with Adam there, and I knew there were students from Fallen Crest Public as well. I saw a few of Mason and Logan's friends and figured more from their school was there as well, but two schools couldn't have been everyone? Who else was there?

Mason admitted with a smirk, "Nate's got some high placed friends."

Just then a well-known actor strolled past us with his arm around two girls.

My mouth dropped open. I couldn't believe it, but I should've. Nate's parents were movie directors. When he wasn't getting in trouble with Mason and Logan, they tried to keep him with them as often as possible. Of course he would've met more than a few from the Hollywood scene. But, still, I couldn't believe it.

I grasped Mason's hand and squeezed tight. "My mom has a huge crush on him."

He wrenched his hand away as he stepped back. Logan held up both arms. "Hey, whoa. Too much information, girly."

Mason grimaced. "We don't want to know who your mom jerks off to."

Then both started to laugh. Soon their shoulders shook as more laughter slipped from their clasped lips.

A wave of embarrassment came over me. I was pissed and mortified. When I lifted a hand to slap Mason's arm, he caught it instead and twirled me so I was in his arms again. My back was to his chest and his arms came around in front of me. He turned so we faced Logan before his hands slid down to hold my hips still as he started to rub against me.

Logan cringed. "Oh please, guys. I live with you."

Mason bent forward so his lips were next to my ear. I felt them curve into a grin. His breath tickled my skin. "Feel free to go away now, brother."

"Correction." Logan flashed us a dark look. "I
have
to live with you. I need to rectify that soon." Then he saluted us both with two fingers in the air as he turned and walked away. He hadn't gone more than a few steps before his stroll turned into a saunter. His hands slid into his front pockets, his shoulders leaned forward a bit, and a different vibe came over him. It wasn't a surprise when a group of girls clambered over to him. With his shoulders hunched forward, it gave him a vulnerable appeal that was almost irresistible to girls when it was mixed with an already dangerous reputation.

Mason chuckled against my ear. Then he caught it with his teeth and bit down gently.

Tingles raced through me and I lifted to my toes as his teeth scraped against the bottom of my earlobe. He drew it out, gently and lovingly. Sensually. A burst of heat flared between my legs. The same throb started deep. As his hips moved forward, I felt him behind me and closed my eyes from the pleasure. The throbbing was almost too much now. The same desire I always felt for him started to take over. I felt my control slipping.

"Mason," I gasped as I arched my back against him. My arm lifted to behind his neck. When I held him in place, his lips started to nibble downwards and I was barely conscious of being turned in his arms. My breasts were pushed against his chest and he lifted one of my legs so he could fit further between them. I arched against him. I gasped for breath, but his mouth covered mine instantly.

He commanded his entrance, and I was helpless against him. His tongue slipped inside my mouth. Mine brushed against his. A growl emanated from him. It sent a rush of power through me that was intoxicating. I wanted more and my tongue met his again, this time to brush slowly against his. Then I pulled away, but not before I flicked the tip of my tongue against his top lip. As my eyelids lifted, heavy and saturated from lust, I saw the answering yearning in his. Then his eyes flashed in determination, and I knew it wouldn't be long before Mason would be in me, deep and hard.