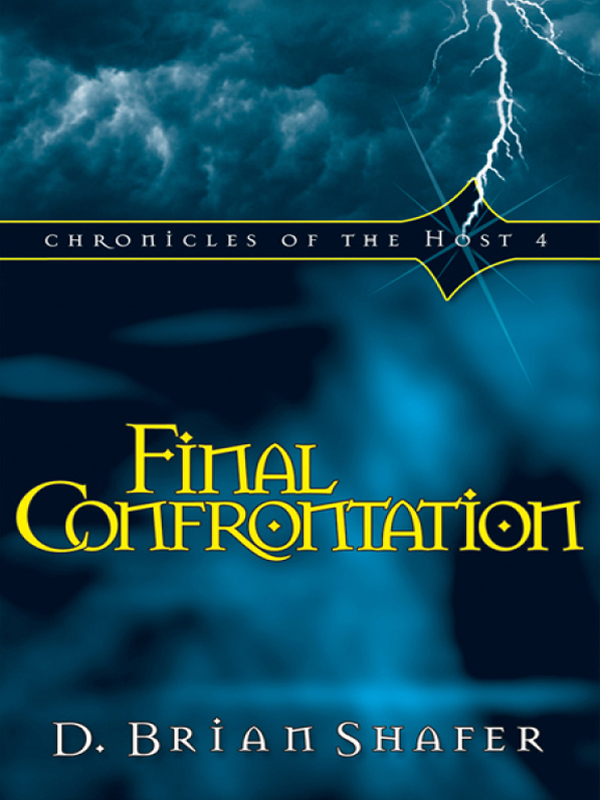 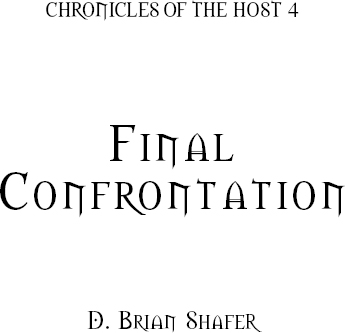 All rights reserved. This book is protected by the copyright laws of the United States of America. This book may not be copied or reprinted for commercial gain or profit. The use of short quotations or occasional page copying for personal or group study is permitted and encouraged. Permission will be granted upon request.

For a U.S. bookstore nearest you, call

Or reach us on the Internet:

In the Beginning was the Word,

And the Word was with God,

And the Word was God.

It is with gratitude in my heart that I dedicate this book to the three women and one little man of God in my life who make it complete:

Lori, who puts up with my late nights at the computer and my early morning runs to Starbucks; Kiersten, who has been after me to bid on something on eBay and has the gift of giving and daddy’s wallet to try and make it happen; Breelin; my Little Bit who always makes me laugh and who will knock the fashion world over one day with her designs; and to my as yet unborn but here when this book comes out son Ethan—Your name means “strong” in Hebrew—may you be a warrior for the Kingdom! I love you all!

“Some Thoughts From the Author About Book Four”

This last book of this series has been both a challenge and a joy. I have loved receiving emails from people all over the country who have enjoyed reading Chronicles of the Host. I hope it has been both a blessing and a fun read. I look forward to starting my next book. But first, some housecleaning issues for Book Four:

I recognize there has been an adjustment made in the calendar then and now, and that according to our calendar Jesus was probably born around 4 B.C. That could be confusing when reconciling Jesus’ death to a likely time of 33 A.D. as corroborated by other historical references, Pilate’s time as governor, Herod Antipas’ rule in Galilee and Matthias’ authority in the priesthood. So this book uses a year one to year 33 chronology in order to simplify matters. Check it out sometime and you’ll find what I mean.

I also chose to use the traditional names for the wise men rather than make them up. And even though the Bible doesn’t number the wise men, again I stuck with tradition for the sake of clarity and readability. Besides—they’re great names!

In the transformation of Simon Peter, I have used the name Peter immediately after Jesus’ first meeting with him. Hopefully this will alleviate confusion of too many Simons, as Simon the Zealot becomes involved later on. By the way, any scriptural usage and/or reference is from the NIV version.

Again, I have to repeat this is biblical fiction. It is an attempt to blend the Bible story with fictional accounts of angelic activity. I know in some cases you will find things that are “not in the Bible,” but the truth is I wrote this entire series with a Bible in front of me as a guide. Yes, you’ll find places where I make up names and events—but I think you will also find that the truth of the Bible is never intentionally violated in as much as I know. Have a great read!

Finally, I have included study notes at the end of the book. There is so much rich teaching and Bible information implied as well as stated in the series that I decided to include some thought-provoking questions.

Check out the Chronicles of the Host Web site for more study notes and information at:
www.chronhost.com

The sky seemed a little brighter than usual, the stars shimmering like sharply focused dots dancing on an inky black canvas. The moon, too, was glorious, ever showing its gray face to the earth in solemn and solitary dignity. Of all the lights in Heaven, the greatest was the new star that had only recently appeared and hung suspended over the city itself. It was a perfect night for traveling; it was an even better night for completing a journey.

Three figures on camels followed the little road leading to the city. Dusty, tired, and happy to see the lights of Jerusalem flickering in the distance, the men did not speak as their camels plodded down the highway. Not far behind them came the rest of the group—servants atop camels weighed down with the trappings of a long sojourn.

The caravan halted on a rise in the road. The three men looked at each other and then at the bright star hanging low on the horizon. The star was set above the city, as if its light alone ruled the evening sky.

Code Blues by Melissa Yi
A Short Leash by Loki Renard
Olive and Let Die by Susannah Hardy
Murder of a Pink Elephant by Denise Swanson
Drive Time by Hank Phillippi Ryan
Halfway To Hollywood: Diaries 1980-1988 (Volume Two) by Michael Palin
Sawyer, Meryl by A Kiss in the Dark
PursuedbythePrisoner by Ann Mayburn
Marie (Teumessian Trilogy Book 1) by Ana Elise Meyer
And You Call Yourself A Christian by E. N. Joy
Our partner