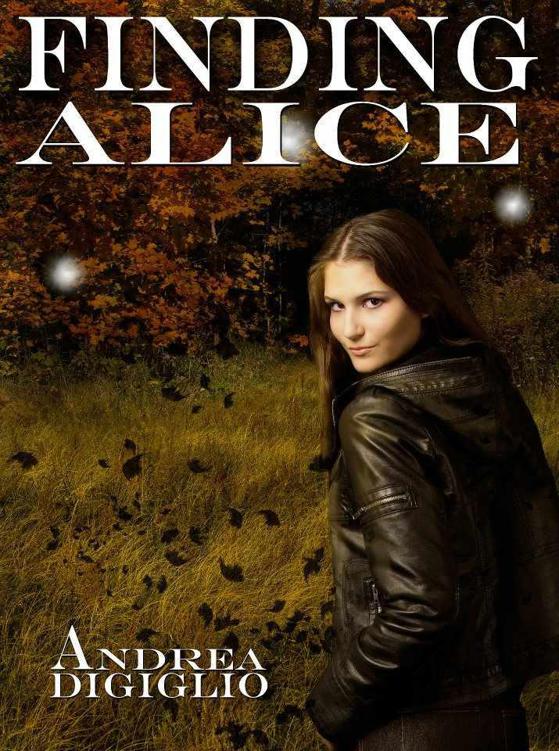 This book is dedicated to my family and friends. Thank you, all of you for being there for me. Mom, Dad, Sis, Bro, Melissa, Danielle, Sarah, Carol, all of you for your constant encouragement. Thank you to all those who helped make this book happen.

Special thanks to Charlotte Koehler, Megan Grant AND Russ Turner. Thank you to my amazing son, for allowing me to create this world. And Colin, for the inspiration of the characters and the world they inhabit.

I love you all dearly.

I never knew love, not in any form. Unwanted at birth, I was abandoned by the very people who were supposed to love me the most. The truth is I never really minded it that much. When you grow up never knowing what love is, you have no idea what you’re missing. I used to hear them say that I was damaged goods, un-savable. I lived in four different foster homes before I ran away. Stupid thing was the last couple, Jill and Robert, they were so happy and they tried to be loving. That lasted only a few months.

There I was sitting in a small room that looked like it was meant for integration, slurping on a juice box like a six-year-old. The social worker told me this was my last chance, but she had said that before. Twice. Most teenagers with behavioral issues don’t get placed, let alone with a fourth family.

The door swung open like saloon doors in an old western as the social worker let in a homely looking couple. They were in their late thirties and the wife seemed more than nervous. She sat down across from me while her husband stood behind her. Her hair was the kind of blonde that looked like it was bleached from the sun. Her face was slightly rounded with almost no makeup. Just a little eye shadow that reminded me of what people wear when they are heading out for a special occasion.

“Hello, Jane. I’m Jill and this is my husband Robert.”

They seemed loving and I overheard the social workers talking about how desperate they were for a child. I did my best to make an effort but had learned that I’m usually a family’s last resort. Getting attached isn’t an option, nor really a consideration.

“Can I hug you? It’s okay if you aren’t ready. I’ve just always wanted a daughter.”

“Okay,” I nodded and let her hug me. I have to admit it felt good and I thought that maybe this would be different.

Jill let me paint my room whatever color I wanted, so I went with a slate gray. As long as I kept up my grades and didn’t break curfew, I could wear almost anything I chose. Along with decorating my room how I saw fit, the freedom to be who I was, whatever that meant, was refreshing. Every morning, Jill poured me a glass of OJ and wouldn’t let me leave until I finished it and took some sort of pre-made breakfast with me. She needed me and I eventually gave in to the fact that I liked her, and I finally enjoyed my life. Money was always tight but they did everything they could to give me the best life regardless of my past. She always said that my life began when I walked through her door, that God gave me a chance to be reborn and what I did with that was my choice.

One sweltering summer day, I believe it was the middle of July, she found out she was pregnant. And then I saw what real love is. I mean, here were these two people showing this immense love to something the size of a pea and it wasn’t even alive or born yet. And that’s when I realized they didn’t really love me. I was just there to fill this empty space until their own child arrived.

We lived in a small two-bedroom house on an acre or two of land. I remember one day when I skipped school and went back home, not that I had any friends or anywhere else to go. So I snuck into the basement and drew in my sketchpad to pass time. Robert had taken the day off work (which he rarely did) to take Jill to the doctor. I thought they were so happy, but I was wrong. When they came into the house, the sound of the door slamming shut startled me. They were always so calm and, well, perfect, I guess.

I sat at the bottom of the stairs in the basement listening, not that it was hard to hear them. They were screaming at each other so loudly the walls trembled. That’s when I realized I really was damaged goods, that nobody wanted me, and that everyone lies. Robert picked up extra shifts to help out for when Jill was off work for maternity leave. But we were already having trouble making ends meet. Jill kept yelling, “We have to move. She is our daughter! We cannot just get rid of her.”

He replied, “We are just her foster parents; we can’t afford a three-bedroom house.”

It was nice that Jill was fighting for me. It was so strange; it was the first time that I had ever cried. I don’t think I would’ve even known that’s what I was doing, but I felt something wet touch my lips and it tasted like salt. And that’s how it was always described to me. It was then that I understood they weren’t even my tears; they were Jill’s.

I remember a social worker telling Jill and Robert that I had been through a lot and I was basically an emotionless teenager. That if they were patient, a “better kid” would come along. Most foster kids act up, and those that do get deemed a bad seed for good. I remember at my last foster home, the seemingly nice husband who was actually an abusive drunk went after my foster mother. Normally, I just listened to my music loud in my room; out of sight, out of mind, I suppose. This time, I was sitting right there at the kitchen table. I don’t even remember what they were fighting about; I just remember feeling so angry. And the more he screamed at her, the more enraged I became. And that’s when he grabbed her by the throat and slammed her into the wall. My entire body quivered in this unexplainable panic. I was fighting between her fear and his anger. It was the first time I felt true emotion and it wasn’t even mine. I was concentrating so hard on calming myself down, I barely realized I had stood up and grabbed a wine bottle off of the counter and smashed it over his head. It happened so fast that my foster mom barely saw it, or so she said. I was taken out of their care the next day, not because he was abusive but because I attacked him.

Back in the basement, I heard the door slam, jolting me back to reality. I was relieved knowing it was Robert leaving for the night shift. I snuck upstairs quietly as I could to my room and I packed my things. It wasn’t much—just a few tank tops, my coat, a few thermal shirts, socks, underwear, my hairbrush, a stick of deodorant, and my sketchpad. I was already wearing my only pair of jeans and army boots, which Jill hated. I hid my bag in my closet and sat on my bed, doing my homework until dinner. Jill called me down as usual at six-thirty. We had leftover chicken Alfredo from the previous night. I helped her do the dishes, did my chores, finished my homework like she asked, and then went up to my room. I waited until Robert came home and went to bed. When I was absolutely sure they were both asleep, I wrote a quick note:

“Thank you for giving me a home, but this room is better suited for the baby. I think that this is for the best for all of us.”

I left the note next to my homework at the foot of the bed. I grabbed my bag and climbed out of the window. It was a pretty far drop so I went from the ledge to the garage before jumping off, which was surprisingly effortless. And then I walked toward the dark woods and off into the night.

My foster parents filed a missing child’s report, which I’m sure my social worker told them they had to do. Once the baby was born, they forgot about me. It was pretty easy to reinvent myself. I didn’t have any friends or family to catch up with me. I made up a new name, not the one my so-called birth parents gave me. Alice. I changed it to Alice. You have no idea how easy it was; after basically paying for my diploma online and forging all the basic documents. I was officially somebody. I moved from town to town for a short while, working random jobs just to pay for my next move, until I found a place that felt like home. It as a really odd feeling for me, never having felt that before, but this place just drew me in like a magnet. This, for most people, would seem like lunacy. No sane person chooses Michigan.

I found a hole-in-the-wall bar just outside of Hell, Michigan, and convinced the owner to hire me. By “convince,” I mean I played him in a game of pool for it. He was actually pretty good—must come from owning your own bar—but I hustled him. I’ve been working there for over a year now. I spend most of my day reading or drawing, and sometimes I work extra shifts just to pass the time.

Lady Adventuress 02 - The Education of Lord Hartley by Daphne du Bois
The Shelters of Stone by Jean M. Auel
It Was Only a Kiss by Joss Wood
The Desert Rose by Larry McMurtry
Unexpected Interruptions by Trice Hickman
Evidence by Jonathan Kellerman
Doctor Who: The Trial of a Time Lord : The Ultimate Foe by Pip Baker, Jane Baker
Lead Him Not Into Temptation (Redemption Book 2) by Steinbrunn, M.L.
Cursed Inheritance by Kate Ellis
The White Princess by Philippa Gregory
Our partner