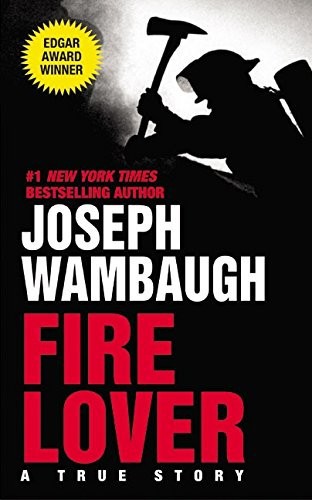 This Is a True Story

It wasn't until January of 2002 that an episode in Los Angeles finally closed the book on a unique criminal investigation and prosecution. This massive inquiry involved a person whom a U. S. government serial
-
arson profiler at the FBI's National Center for the Analysis of Violent Crimes had dubbed "probably the most prolific American arsonist of the twentieth century."

California arson investigators would concur that this case was like nothing seen before, transforming the methods of those who scan fire scenes for that elusive "point of origin." Arson sleuths were forced to consider certain possibilities that had seemed unthinkable prior to an unprecedented series of incendiary fires that blazed across Central and Southern California for many years. The flames would never be damped for those who had been psychically seared by the inferno.

Perhaps an arbitrary point of origin for this story might be found in the quiet old Los Angeles suburb of South Pasadena, on the evening of October 10, 1984, during the World Series.

South Pasadena is a small city of some twenty thousand residents who live within three square miles of mostly aging homes and limited commercial property. Many of the houses were built in the 1920s, the heyday of California mission architecture, before the Great Depression stifled home building. Neighboring Pasadena, host to the famous Rose Parade, continued building luxury homes well into the 1930s, some of them gems of California style, all in need of periodic renovation. A good place for homeowners to buy materials to refurbish those old houses was Ole's Home Center on Fair Oaks Avenue, an eighteen-thousand-square
-
foot building in a strip mall, three blocks from the town's only fire station.

At 7:30 p. M. that October evening, a middle-aged couple, Billy and Ada Deal, and their two-and-a-half-year-old grandson, Matthew William Troidl, arrived in Ole's parking lot. Matthew immediately spotted the neighboring Baskin-Robbins and wanted ice cream. His grandfather promised him they would have their treat after they finished shopping, and they walked through the entry door.

Working in the housewares department that evening was seventeen-year-old Jimmy Cetina. He was a high-school senior and a talented athlete. In fact, this varsity center fielder was being scouted by the Chicago Cubs to play double A ball. He had Latino good looks, and had recently entered a Bullock's department store modeling competition and won it. Doubtlessly, he would rather have been at some other place than Ole's Home Center on that October evening, especially during the World Series, but there were seven children in his family who had to look for empty bottles and cans to exchange for deposits if they wanted to buy sports equipment. He needed this job.

Billy and Ada Deal knew that the near
-
empty store was about to close, so they decided to split up and shop separately to save time. Billy wanted to buy some cheap two-by-fours, so he headed for the lumber display, which was between the north and south fire doors. Ada said she was going to the paint department.

Carolyn Krause was working in the paint department that evening, so she may well have seen the fifty-year-old grandmother pushing her grandson Matthew William in a shopping cart. Carolyn Krause was married to an LAPD lieutenant and had two young children of her own. She may have heard Matthew asking when he was going to get his ice cream. And someone else who was in that store may have heard him too. Or perhaps not. This issue would be later debated in courts of law.

It had been a long shift for Jim Obdam. The young clerk had been working in the hardware department all day and into the evening. Just after 8:00 p. M. he heard something over the PA system, but couldn't make out what had been said. He was headed for the front of the store, toward the south aisle, and there he was astonished to see a column of dark smoke rising from a display rack, all the way to the ceiling.

Jim Obdam hurried toward the west end of the store, looking for customers. He saw people heading toward the exits, but still was not alarmed when he arrived at the paint department.

"Are there any more people in your section?" he asked Carolyn Krause.

She answered, "I'll check my area!" And then she rushed through the hardware department looking for stragglers.

Still, nobody was alarmed. Nobody had seen any fire, just that column of dark smoke. In fact, Jim Obdam found two people browsing in hardware, looking at tools. He told them to leave the store at once.

And then he encountered a middle-aged woman with a small child in a shopping cart. Ada Deal was looking at merchandise on an end cap at the foot of the aisle.

"We've got to leave the store," Jim Obdam told her. "But don't be alarmed."

Ada Deal put some merchandise into the cart behind her grandson, Matthew. Jim Obdam walked hurriedly down the north aisle toward the main part of the store, but when he looked around, Ada Deal hadn't started to follow, so he went back.

"You should probably leave the cart here," he said, more forcefully. "Take the child and let's go!"

And then he headed toward the front of the store, assuming that Ada Deal and her grandson were following behind him. He was near the north fire door, about two aisles away, when he looked back toward that column of smoke. But it was no longer a cloud. It was a wall of flame. It was bright orange and raging. Then he noticed the north fire door had closed. That steel door had dropped down.

When he turned to look for the woman and child he heard a popping noise and the lights went out. And Jim Obdam suddenly felt alone and trapped.

A bell chimed in the lumber area: "Ting ting ting" That's how Billy Deal described it. And there was an unintelligible announcement. He thought that the store was closing so he looked at his watch. It was 8:05 p. M. Yes, it must be a closing announcement, he thought.

But then a peculiar thing happened. A young man on a forklift jumped off the vehicle and cried, "My God, it's a fire!" And he took off running.

Billy looked around. He couldn't see what the young man was getting excited about. There was nothing. But suddenly some people ran through the fire door and yelled, "Get outta here! There's a fire!"

Billy peered through that door, that fireproof barricade, toward the west side of the store, and he saw a big cloud of smoke in the center of the space. He ran toward the south fire door searching for Ada and Matthew, and when he got there the cloud behind him had turned into a wall, a wall of very black smoke.

He ran toward the entrance doors that he and his wife and grandson had passed through a half hour before, and saw that a fire engine was arriving.

In the darkness, Jim Obdam battled panic. He was all alone in the smoke and heat. He knew there were steps to an emergency exit in the back stockroom. He couldn't see, and hoped he could feel the steps, but his thoughts were fragmenting, and he began praying. Then he remembered there was a fire exit in the hardware department in the far northwest corner, if he could only find the far northwest corner.

He staggered to the back wall and duck
-
walked his way along, feeling the wall and feeling merchandise, feeling anything to guide him. He was holding his breath, low to the floor, and he dropped even lower, desperate for the same oxygen that the fire craved.

He was just about to give up. He couldn't go any farther. When he suddenly realized he was six feet from the emergency exit, he felt an energy rush and he lunged, pushing the bars, activating the alarm. And he was out.

But though the hungry flames couldn't reach him, the trailing heat did. He was outside, but he felt as though he were still inside. It was hot and he was burning. His arms, neck, and ears all suffered second
-
and third-degree burns.

Jim Obdam, covered head to foot with soot, ran toward the front of the store, anxious to call his parents to tell them he was all right, but when he touched his hand to his burning wrist, the flesh fell off onto the pavement.

As they exited the store, he looked back and it was like wading through surf when a mountainous breaker is roiling toward you. But this wave was made of fire. It was heaving and cresting and roaring.

When he later described it he said, "It was coming, coming fast toward us. The flame. The fire. Everything."

They were literally blown outside by a flashover, the instant burn of gasses and smoke, when the carbon that is smoke burns hotter than one thousand degrees and the entire contents of a room erupt in flame and no living thing survives. People, smoke, flames, merchandise, everything, were blasted through the door into the cool autumn night.

The six men of Engine Company 81 had been just settling in front of the TV, waiting for the start of the World Series game between the San Diego Padres and Detroit Tigers, when they heard the police dispatch a "possible 904," the police term for a fire. They were still sliding the pole when the alarm bell went off and they figured it was more than a "possible."

Since Ole's Home Center was only three blocks from the station the fire company arrived in a few minutes. The fire captain in charge, William Eisele, didn't think there'd be much to this one. There was no glow or header of smoke above the roof line indicating a major structure fire. All he saw was some haze in the air. He thought it might be a trash Dumpster or maybe a vehicle fire.

But when the firefighters leaped from their engine Captain Eisele saw flames rolling out the southwest door. When he got close to that door the fire actually hissed at him. The flames emitted very little smoke and had a bluish-green tint from the merchandise
-
polyurethane foam, they would later learn
-
that produced a strange sound, the hissing.

The firefighters prepared to attack those flames, only three feet off the floor but lapping out the door, hungry for oxygen, lunging against the overhanging facade, climbing up.

Never in his fifty-four years had Billy Deal been so thirsty. He was parched. "Just like I was in a desert," he would later say.

Maybe Ada and Matthew had gotten out some other way, he kept telling himself. He actually made an attempt to enter the building again before being driven back. Then he joined the gathering crowd of onlookers as neighboring engine companies neared, honking and wailing.

Billy plodded on, trying to avoid the helmeted firefighters in turnout gear who were pulling hose and adjusting their breathing apparatus. But he couldn't bear it another moment, the incredible thirst. He staggered into a nearby restaurant and asked for a drink of water, but he was told that they didn't give free drinks; he'd have to buy something. So Billy bought a Coke and poured it down his throat.

And then he spotted young Jim Obdam, carbon covered, running in front of the store, toward other huddled employees in the parking lot who shouted to him, overjoyed to see him alive.