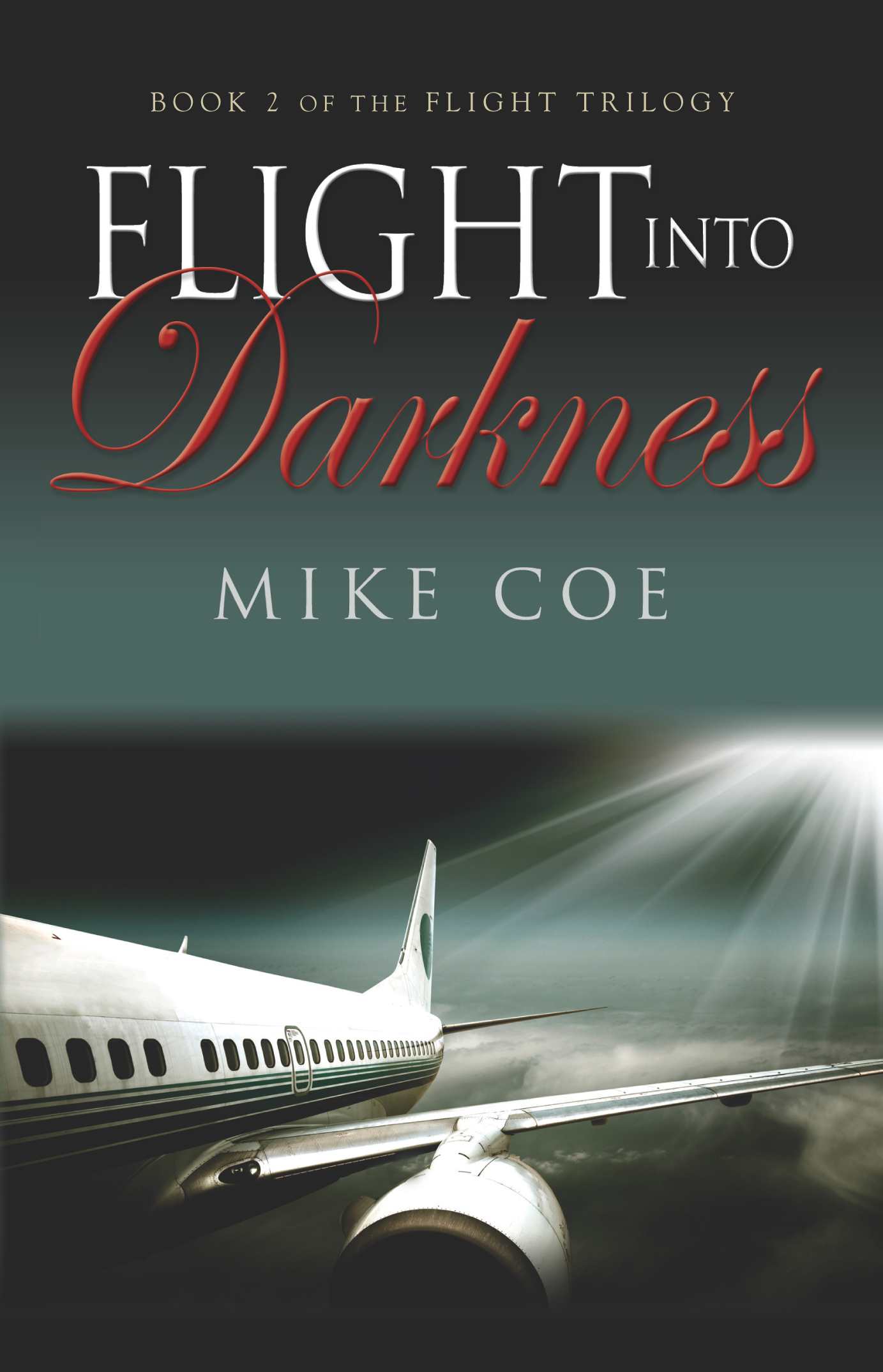 To commercial airline employees, air traffic controllers, fire and rescue, air marshals, security officers, inspectors, law enforcement, medical personnel, and all those who dedicate their lives to the common goal of ensuring that when we fly on a commercial airline, we are flying on the safest and most efficient form of transportation.

“
The
Lord
is
my
shepherd
;
I
shall
not
want
.
He
makes
me
to
lie
down
in
green
pastures
;
he
leads
me
beside
the
still
waters
.
He
restores
my
soul
;
He
leads
me
in
the
paths
of
righteousness
for
His
name
sake
.” Psalm 23:1-3

Captain Ryan Mitchell waited patiently in the left seat on the flight deck of the Boeing 767. He checked the time—10:59 p.m. The checklists were complete, passengers briefed, and flight attendants seated. All that remained was a takeoff clearance from the control tower. His mind instinctively rehearsed the litany of emergency steps committed to memory in the event of a problem during takeoff: a blown tire; an engine fire or failure; a bird strike.

He breathed deep and exhaled slowly to relieve the stress as he anticipated the most critical part of the flight. Despite the tens of thousands of takeoffs he’d made during his airline career, physiological forces beyond his control always sensed when takeoff was imminent. Twin adrenal glands stood ready to meter adrenaline into his bloodstream, just as multiple fuel pumps would soon supply the combustion chambers of the two turbofan jet engines bolted under the wings of the B-767 with a metered supply of jet fuel. Man and machine as one working in unison to lift hundreds of thousands of pounds of metal safely into the air.

Amid the anxious anticipation of flight, thoughts of his wife and family brought a subliminal wave of calm. The past fifteen years with Keri—the wife of his dreams—had slipped by in the blink of an eye. Their love for each other had matured over the years as their family had grown. His son, David, now fifteen, was a small-scale replica of his dad. When describing David, Keri would jokingly say, “The nut didn’t fall far from the tree.”

Born on Mother’s Day 1993, their daughter, Martha—named after Ryan’s mother—had Keri’s beauty and Ryan’s determined will. He longed to return to them, to hold Keri in his arms and never let go.

Countless separations from his family weighed on his heart. He’d grown weary from the numbing routine of an airline pilot: drive to the airport; spend two to three days traveling to remote locations; sleep in strange, hotel beds; return home for a couple of days—repeating the cycle, week after week, year after year. Was it worth it?

This trip was especially painful. Today was his and Keri’s fifteenth wedding anniversary—another anniversary they were forced to spend alone.

The unusually lengthy delay from the control tower tempered his anxiety. The background sounds of air blowing from cooling fans and hissing through vents in the cockpit engulfed him in a protective white noise.

He gazed out beyond the windscreen and into the still night. His pre-takeoff anxiety was suddenly replaced by a wave of amnesia. He had no memory of traveling to the airport. No memory of conducting the pre-flight planning. No memory of how he arrived at the end of the runway ready for takeoff. It was as if he’d been beamed from beneath the covers of his bed, transported to the Los Angeles International Airport (LAX), and dropped into the cockpit of a commercial jet waiting for takeoff—another routine red-eye to New York (JFK).

Before he had time to unravel his confused thoughts and any fascination he might have with mind paralysis or time travel, the voice of the tower controller crackled in his left ear.

A sudden jolt of fresh adrenalin charged through his veins vaporizing his reflective state. His heart rate quickened. His muscles tensed. His pupils dilated for extra sight.

Ryan’s copilot, responsible for handling the radio calls, repeated the clearance through the small boom-mike resting against his lip, “Maintain three, cleared for takeoff on two five right. What are the winds?”

Ryan reached up to the overhead panel, flipped on the landing lights, eased the throttles forward, and maneuvered the B-767 onto the runway. After aligning the jet’s nose wheel with the centerline, he advanced the throttles to 50%, checked the engine gauges, and then commanded, “Arm autothrottle. Engage N1/EPR.”

The copilot flipped the Auto/Throttle Arm Switch to ARM and pressed the N1/EPR button. The throttles automatically advanced to computed, takeoff power.

The jet rumbled and shook as the large turbofans underneath each wing whirled to life, sucking in air like two, giant vacuums. The compressed air moving at hundreds of miles per hour blended with a perfectly metered mist of kerosene deep within the chambers of the jet's engines. Passing through rings of igniters, the gaseous mixture exploded. The newly generated energy from the high pressure air and volatile vapors converted into thrust, pushing the monstrous machine down the runway, slowly at first, then faster and faster until the big jet broke free of Earth’s hold and
into
the
darkness
.

Hanging motionless in the smooth air above a moving Earth of twinkling lights, an uncontrollable eeriness washed over Ryan—a déjà vu of a familiar place filled with strange and unrecognizable sensations. A sluggish disconnect isolated him from reality. Something was terribly wrong.

His copilot checked in with the new controller. “Departure, good evening. Angel eleven heavy with you passing through two thousand for three thousand.”

He knew for certain it was his fifteenth anniversary. He and Keri had planned a quiet, romantic dinner at the Village Mediterranean Rim on Del Mar; a charming, cozy, and eclectic restaurant in San Clemente. His good friend and co-worker, Rex Dean, had offered to trade trips with him so Ryan could be off for his anniversary—or at least he thought he had.

With each clearance to a new altitude, the copilot dialed the digits into the flight control panel on the glareshield, ensuring the autopilot would not exceed the clearance limit. Standard procedures required that Ryan verbally confirm any changes made to the altitude setting, which he did.

Passing through five thousand feet, Ryan selected the autopilot ON as the big jet powered its way higher into the black sky.

He tried to recall any conversations he’d had with his copilot. He tried to remember details of getting to the airport.

It was as if the events leading up to takeoff had been erased from his memory.

What’s
going
on
?
Did
I
tell
Keri
goodbye
before
leaving
home
?
Why
can’t
I
remember
?

His mind waffled back-and-forth between his pilot duties and his apparent lapse of memory. The dialogue between the air traffic controller and the copilot continued as the jet stair-stepped higher into the night.

Instinctively, Ryan reached up to the glareshield and dialed in one eight zero on the heading-selector knob, commanding the autopilot to bank the jet to the selected heading.

The silky-smooth air beneath the jet’s wings masked the sensation of being hurled through the black of night at more than two hundred miles per hour. Every event prior to takeoff remained an enigma, including his nameless copilot.

That’s
odd
.
The
radios
are
too
quiet
.

His eyes locked on the altimeter spinning past ten thousand feet. He turned to the copilot, expecting to see him alarmed by the jet’s unmonitored flight, but, instead, the copilot had one foot propped up, reading a novel, seemingly enjoying himself.

“You must read this,” the copilot said. “Very inspiring.”

What’s
that
dimwit
doing
?
We
can't
just
blast
through
the
sky
without
a
clearance
!

Ryan’s uneasiness morphed into fear. He tried to speak but couldn’t find his voice. Suddenly, he was no longer in command of the airliner, but a spectator, suspended, floating at the top of the cockpit.

While consciously aware yet still deep asleep, the absurdities—floating in the air, a nameless disinterested, novel-reading copilot, and the jet blasting through the night sky—were now acceptable conundrums within his unconscious mind. As long as he stayed lucid, he was in control. He could invite characters—imagined or real—to join him. In the safety of his dream he could release his frustrations, rehearse a conversation, or experience a pleasurable fantasy.

The copilot turned and looked up at Ryan. The fact that Ryan was floating like a helium balloon against the ceiling of the cockpit did not concern the nameless, novel-reading copilot. “This book is awesome!”

Ryan tried to speak. His mouth moved, but his words were muted. He was unable to engage the copilot in conversation. He was trapped in his dream as a spectator.

Ice Diaries by Revellian, Lexi
Now You See It by Cáit Donnelly
The Warlock King (The Kings) by Killough-Walden, Heather
Waking Dreams (A Soul's Mark Novella) by Stoyanoff, Ashley
Sudden Storms by Marcia Lynn McClure
Almost by Eliot, Anne
The Ruined Map by Kobo Abe
Stairway To Heaven by Richard Cole
ADifferentKindOfCosplay by Lucy Felthouse
White Out: A Post Apocalyptic Thriller by Dimbleby, Eric
Our partner