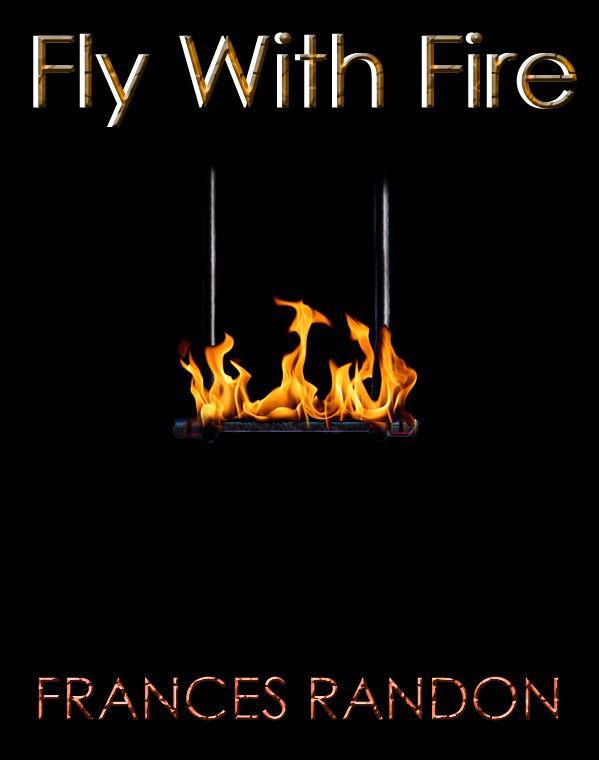 Mo Whitman has become the greatest trapeze artist in the world through hard work and self-discipline. When her friend and colleague is murdered, a Chicago homocide detective caught in the middle of the investigation of his partner's death is asked to protect the beautiful performer. Their separate grief ignites attraction as Zack Burnham tries to solve his partner's murder while racing the clock to protect Mo before murder strikes again. With the help of Al Simpson, a detective with a chip on his shoulder, Mo and Zack discover how evil man can be and how love can overcome evil and the past.

All
rights reserved including print, electronic, digital and all   means
whether or not existence upon publication of this e-book.

No
portion of this book whether printed electronically or otherwise may be
reproduced or copied in any way without the expressed permission of the author
in writing except for brief passages for review purposes only.

To
my daughters Marcelle and Genna. Thanks for the encouragement.

Mo drew in a long, slow breath as she
concentrated.  Misha pushed the trapeze toward her. She caught it and
leapt from the platform. She swung toward him then back. He timed his leap onto
the second trapeze to meet her on her return.  Her deceptively slender
arms pulled her up and over into a handstand on the bar. Then she dropped. Her
legs were long and strong. She suddenly hung by her knees. All this in a
second’s time and she was holding Misha’s full weight as they swung through the
air. The lights were a blur in her peripheral vision. Her focus was on the
other trapeze as they were propelled toward it by a smooth jerk of Misha’s
body. Hands on each other’s wrists, they flew in unison. Suddenly Misha
somersaults to the oncoming swing and drops. He plummet’s downward to the
deafening shout in Mo’s ears.

“No!
No! How can you miss that? Do you never do this before? Your first day in the
air perhaps? You are lazy today, Misha! He is no good, does not belong in air!”
Rodrigo continues his tirade shouting down toward Misha who is still bouncing
on the net. Mo catches the bar with her hands and swings onto the platform
beside the irate Italian. “You’re timing is off. Do I need splat on the stage
in front of thousands of people? People don’t come see La Cirque du Celestial
to see splat! You try to help Misha, I know. He never be understudy. Too lazy.”
He fumes while she pouts with a humorous twist to her mouth.

“We
were off a sec, Roddy, calm down.” Mo smoothed her long black braid looking
around the coliseum. It was a fantastic setting, huge swirls of silk and draped
stages and props creating a mythical, mystical world. The lights are hot. Yet
they are just the practice lights, not the incredible numerous colored lights
of the show. She adjusted her leotard with an amused look as Rodrigo shouted
insults down at a contrite looking Misha.

“You
threw her off! You let go too soon. You didn’t put strength into it.” He flexed
his bicep while shaking his arm at the sheepish young man. “Lazy boy will never
be as good as Claude. “And you! You would think you never flew before. What
would your grandmother say?”

“Leave
Gram out of it,” Mo stared levelly at the manager. “Don’t be so hard on Misha.
It hurts his feelings. Maybe YOU should work with him.

“Oh,
time of month. Too bad we not schedule performance around it. We call it ‘La
Cirque du Sang.’” He gesticulated grandly as Mo swung out.

“Come
on, Roddy, stop grousing and show us how it’s done. IF you’ve still got it.”
She swung out and did two quick loops around the bar. “Roddy, don’t you want to
show Misha why you were called the Sky Warrior?” She wheeled around the bar
again then landed deftly on the other platform. Roddy looked down to see the
performers below interrupt their practice to watch. He twirled an end of his
long old fashioned mustache glaring at Mo. She tilted her head then blew him a
kiss. She grabbed a bar and swung toward him. “What do we have for dinner,
maestro?” She mimicked his accent. “Chicken cacciatore? Chicken can you catch
me?” she taunts him.  With a huff he grabs the other trapeze.

“I
show you who is chicken.” He propels himself then turns himself into a lock.
Upside down his comb over hangs long from one side of his head. His short
compact body is surprisingly agile. He moves with absolute grace. “Prepare for
battle, senorina.” Mo summersaults through the air and is grasped by bony hands
of amazing strength. They swing back toward the platform. Roddy launches her to
the other trapeze then reverses to meet her again. Mo hangs by her knees then
twirls herself into a sitting position. Then she stands and with a fluid thrust
of her body flies toward the manager doing a double somersault. With her long
braid flying behind her she dives toward him. On the upswing he catches her,
but not without a little grunt. They both laugh.

“My
beautiful one, such a shame.”

He
let her go.

She
fell toward the net laughing. At the last fraction of a second she kicked out
and landed on the net rump first. “You Italian maniac! Come down here and see
what’s in store for you.” She shook her fist at him as he sailed back and
forth. Rodrigo landed on the platform and maneuvered himself down the rope
landing as she flipped herself off the net. The performers clapped as he
smoothed his hair into place with an air of dignity, holding it as he bowed.

“Enough
perfection for one day. Now you all only try to achieve greatness!” Mo rolled
her eyes at the preening manager and winked at Misha who looked down at his
feet with embarrassment.

“Cirque
du Sang. Cirque du Morte is what we’ll call it and it’s going to be a one man
show,” she said dryly. The crowd of performers laughed. Rodrigo gave her the
evil eye. “And I can be a bitch off my period as well as on so I’d watch the
sexist references if I were you.”

“Who
sexist? You call me sexist? Everyone know you punch out the sexist man. I never
prejudice against a beautiful woman!” Roddy winked all around then stepped back
in time to avert a punch to his upper arm. “Back to work, pretenders,” he said
with a hand perfecting the tips of his mustache. “You, Misha, get back up there.
Don’t worry boy, you not idiot, just lazy and slow. Where is Claude? How can my
fire catcher practice without her partner?”

“Misha,
it’s just a little net rash.” She gave the tall blond flyer a smile and looked at
Roddy. “I’m sure he’ll be here.” Mo stretched her body with her hands raised
high and clasped before bending backwards until her lean upper body was
parallel to the lower. She listened as Rodrigo barked criticism and yelled
praise with equal fervor. She shook her head with a smile when he did a muscle
man pose and crossed his eyes at her.

“Arianne,
excellent, excellent! Ling, you good teacher,” he shouted at a small Asian
woman in the midst of crossing her ankles around her neck, from behind. “Henri,
you look like you’re tangled in your silk. Relax. Body rigid, mind relaxed. You
better to work on the core muscle, Ooonree.” Roddy drew out the French
pronunciation then whispered under his breath “He getting fat.” Anything less
than physical perfection was anathema to Roddy when it came to his performers.
He curled his hands into fists and pressed them against his waist. “Where the
hell is Claude?”

Lincoln
cart wheeled over and landed on his large hands. “Just saw him goin’ toward his
dressing room.” He leapt to his feet then tumbled away, bundled dreadlocks
bouncing. Mo wondered how he kept them so neatly contained as he flipped and
tumbled.

“He has no
respect for time. No one else’s time. He will respect my time or I find another
flyer out of all the ones knocking over my door.” Rodrigo snorted and began
castigating a juggler. Mo straightened with a sigh and headed for the dressing
rooms leaving Misha waiting. She went down the corridor past racks of costumes
being unwrapped for the dress rehearsal.

“Mo, I
gotta get this fitting in this afternoon.” An odd looking woman held up a sheer
costume. Her wig was on crooked. She hadn’t shaved.

Mo
spun and hiked her shoulders, holding her hands out palms up. “Sorry, Sally.
Still getting used to it.” She turned a corner ready to knock on Claude’s
dressing room door. She froze. Claude was engrossed in a necking session with a
woman who had just been hired as a masseuse. Mo hadn’t thought much of it when
she hadn’t shown up. Guessed she just decided she didn’t want the job after
all. He had the woman against the doorjamb, his body pressing hard into hers.
“Sorry to interrupt,” Mo said abruptly. Claude, with his head against the
woman’s ample chest, turned his head and looked at Mo.

“Ma
Cherie!” He straightened but did not seem the least embarrassed.  “I am
just giving Creestal… Creestal? I am giving Chreestal a tour of this lovely
coliseum. I told her do not be afraid, she has strong heart she says, so I… I
am just checking!”

“Mo
Whitman, you must be Crystal.” She didn’t extend her hand.

“You
were supposed to be here at noon.” Mo stood with her hands on her hips
realizing she sounded as if she were bristling over Claude but couldn’t help
herself.

“Shut
up, Claude. You’re whats ridiculous around here. ” She looked at Crystal. “The
nails have to go.” She spun around and walked away as the woman gaped after
her. She heard Claude laugh and say, “She’s just jealous. I broke up with her
last week…”

She
went back to the floor mentally flagellating herself for ever dating the
buffoon. Back on the platform she tried to clear her mind. She hadn’t been in
love with him. She hadn’t slept with him. But she had hoped for…something.
That’s what I get for letting myself be taken in by looks and charm, she
thought. That’s what I get for letting my guard down. Then she laughed. What
had she been thinking? Crystal McCleary? Figures. “Misha light the torches.”

Ethereal
music wafted backstage as Mo slapped Irv/Sally’s hand away. “I don’t mind the
buns but if it’s up my ass any tighter it’s going to split.”

Calling on Dragons by Patricia C. Wrede
The Whispers of Nemesis by Anne Zouroudi
When the Cat's Away by Kinky Friedman
Highlander's Bride (Heart of the Highlander Series Book 1) by Gafford, Deborah
God's Little Freak by Franz-Joseph Kehrhahn
Bossy by Kim Linwood
The Runaway Princess by Kate Coombs
Screaming at the Ump by Audrey Vernick
The Lesser Bohemians by Eimear McBride
A Woman To Blame by Connell, Susan
Our partner