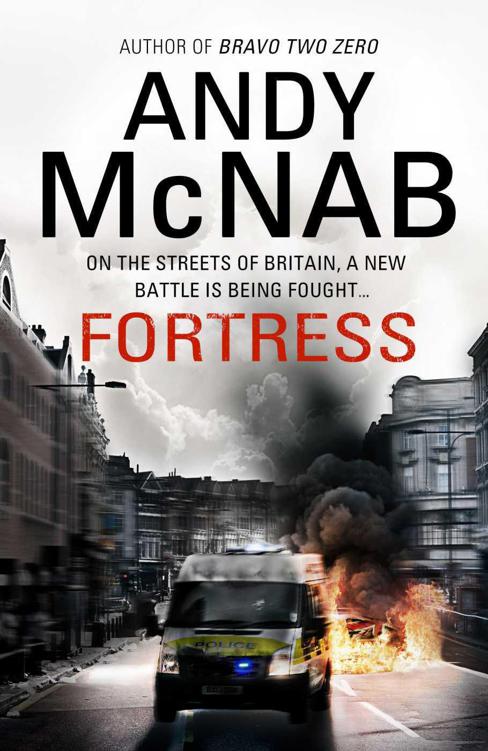 Camp Bastion: SAS trooper Tom Buckingham finds himself in deep trouble for taking down a renegade Afghan soldier. Instead of being proclaimed a hero, he’s made a scapegoat for the incident and drummed out of the regiment.

On his return to Britain, disillusioned and embittered, Tom’s unique services are quickly snapped up by charismatic entrepreneur Vernon Rolt, a powerful billionaire with political ambitions, very few scruples and a questionable agenda.

With riot on the country’s streets, a government in disarray and a visit from the American president imminent, there has never been a better time to make a play for power.

But, as Tom will soon discover, in the affairs of state hidden forces are always at work, and he is quickly drawn back into the covert world of intelligence and special forces that he knows so well. He will have to decide where his loyalties lie and who his real friends are if he is to intervene in a spiralling sequence of events that involve terrorism, insurgency and, ultimately, assassination ...

Fortress
is Andy McNab’s most topical, hard-hitting and viscerally exciting novel to date. One man is willing the world into chaos. One man has the power to stop him and change the fate of nations …

The target’s hands hovered each side of his head, shaking so much that they looked like they were about to fall off. Callum’s forefinger curled round the trigger of his Heckler & Koch MP5SF, his right eye studying the target’s wide-eyed grimace down the night sight. The man, IC6 – Middle Eastern, early thirties, six one, well built – stood framed in the Transit’s open passenger door, lit by the glare of the halogens from one of their 5 Series ARVs.

All that came back was the high-pitched whinnying sound of the man, who was either a terrified van passenger or a wannabe suicide bomber.

‘Still no DSO,’ shouted Vic from the car, his headset mic flipped down, mobile pressed to his ear. But it didn’t matter at that stage. Even if they hadn’t lost radio contact, SCO19’s designated senior officer back in the control room at Scotland Yard couldn’t see what they were seeing. Soon they would have cameras on helmets, but not yet. Right now they were on their own, the choice theirs: to kill or not to kill. Callum was the lead; it was his call, his neck if they fucked up.

Cook, who’d taken off after the driver had done a runner, had given up the chase, his words pushed out between gasps of breath.

Even though it was past two a.m., the hottest day of the year was showing no sign of cooling. A short, sharp shock of rain had merely covered the street with a sticky slick of gloss that was now steaming the place up. Vic was dripping with it and even Callum who, a few lives back, had seen service in hell-hot Sierra Leone and, even further back, had had a few sweltering holidays with his gran in Jamaica, was feeling it.

His brain scrolled through standard procedure.

Target should drop like liquid. Aim for the head to avoid triggering explosive devices attached to chest or waist:
tick.
Confrontation to be made in secluded location to avoid risk to personnel or public:
tick
. Prepare to fire multiple shots at the brain stem to minimize the risk of detonation
. Brain stem? Who wrote this shit? This wasn’t keyhole surgery.

You had to laugh.

Callum could hear Vic’s fingers dancing over the laptop, then an agonizing pause.

‘Negative on that. No form coming up.’

The sweat pouring down Suleiman’s face was being blotted up by the T-shirt under his padded gilet. Who wears a fucking padded gilet on a night like this? What’s in it? Duck down or Semtex? One of his wobbling hands strayed close to his streaming head.

There had been no warning, no build-up, no plan. Fresh intelligence from a trusted source, the control room had said. Scramble. The Transit, white, 02 plate; contents on board reported to include syringes, latex gloves, clamps, drills, aerosols and a generous quantity of hydrogen peroxide. Someone fitting out a hairdressing salon? Right. And a .380 starter pistol converted to fire live rounds. The passenger, believed to be a British jihadi recently returned from Syria,
nom de guerre
: Abu Salayman de Britaini; given name unknown.
Was this him?

Callum nodded at Wren beside him. Wren moved towards the rear of the van, tried the door, opened it a bit, then wider, then both doors.

Callum adjusted his stance and lifted his head an inch above the sight so he was looking at the man eye to eye. He was fresh from his annual requalifying at Gravesend, stuffed to the gills with the latest guidance, essential if he was to keep his firearms ticket.

‘Okay, Suleiman, here’s what’s going to happen. When I say so, you’re going to keep your hands as high as you can while you get down on your knees, then, keeping your arms stretched, lower them to the ground and lie face down. You got that?’

He nodded eagerly. Maybe he thought his life wasn’t over after all.

On
three
, two things happened. Callum heard the crack of a round passing him at supersonic speed, followed by the thump of a weapon’s report. Suleiman spun round as if someone had cut his strings and dropped – like liquid – to the ground in a cloud of pink mist.

Callum wheeled round, leaped behind the car for cover and scanned the building behind them. Less than half a second between the crack and the thump meant a firing point less than a hundred and fifty yards from the target. An oblong slab of flats, unlit, deserted, awaiting demolition.

In seconds, Vic was at Suleiman’s side with the emergency kit, rolled him over and cradled his head, the half that was still intact. He looked up at Callum.

Nothing to be done.

Dave Whitehead peeled off his kit and let it drop onto his cot – M4, waistcoat stashed with extra rounds, Sig 9mm, Kevlar helmet, Gen 3 NVs, sat phone, sweat-sodden MTP, vest, socks and boots: it came off in layers until all that remained was the basic soldier in a pair of boxers featuring Stewie the homicidal baby from
Family Guy
.

Tom Buckingham was only half listening as he steered his laptop round their quarters in search of the ever elusive Wi-Fi signal. The whole row of Portakabins had been plagued by glitches all week. He glanced at the time: 23.00. Six thirty in Hereford. Ten minutes to his Skype with Delphine. He needed to be ready, and alone.

‘Came to me in a flash while we were out there today.’

The screen burst into life. The BBC News Home page:
Outrage at killing sparks nationwide riots. Nine dead, hundreds injured
. Tom lowered the laptop onto the shelf under the window, checked the signal strength, clicked Skype onto standby and tried to absorb the news from home.

Something about Dave’s tone told him he’d better pay attention. He turned away from the screen.

It was the start of their second sweltering month at Bastion, tasked with babysitting an Afghan National Army mission to lift a Taliban chief as he broke cover and crossed from the Tribal Areas into Helmand for a
shura
, a tribal meeting. They wanted him alive, so no taking him out with a drone. But the
shura
kept getting postponed. So they waited, rehearsed and waited some more. Today should have been The Day. But when they’d hit the safe-house the guy was supposed to be in, it was deserted.

Tom, already down to his vest, glanced in the mirror. Dave, behind, signalled to him to pay attention.

He had confided in him about leaving a few days ago, starting a new life, getting on the troops-to-teachers programme. Tom had thought it was a wind-up. He gestured at the laptop, his mind elsewhere. ‘Can this wait? I’m kind of on standby here.’

Dave, ignoring him, popped a can of Monster and poured it down his throat. ‘After all, I’m great with kids, aren’t I?’

Only last week, on an exercise with the ANA, Dave had covered himself in glory by pulling an eight-year-old boy out of the rubble that had been his home and delivering him into the arms of his frantic parents. When they’d gone back to see the family, Dave had taken a basketball he’d liberated from the same US Marines that now made up the vast majority of troops in Helmand, fixed up a makeshift hoop for the kid and shown him the ropes. Within minutes he was surrounded by ten more eager players.

‘Yeah, it’s a great idea. Now can you fuck off for a bit while I talk to Mademoiselle?’

Dave threw his head back, drained the dregs of his drink, tossed the can into the bin with deadly accuracy and lay back, wiping droplets of liquid from his blond stubble. Flung together by the SAS, they were planets apart. Tom, all blue chip and silver spoon, had seen pictures of Dave as a kid, a skinny, scruffy urchin with spindly legs, scabs on his elbows and big flappy ears. Removed from his drug-addicted mother at four, he had weathered every indignity the care system could heap on him, as he was bounced through a succession of homes and foster placements, his spirit undimmed, until the Army had thrown him a lifeline. There, he had blossomed, single-mindedly transforming himself into the fine fighting machine that now lay spread-eagled on the cot and scratching his ball-bag.

‘I mean, look at you, playing soldiers while Her Indoors waits in vain. When you gonna get your act together?’

Dave had a theory he loved to expound on about doing
one thing at a time
and had given Tom a hard time for saddling himself with a fiancée.

Truth Lies Waiting (Davy Johnson Series Book 1) by Emma Salisbury
No Brighter Dream: The Pascal Trilogy - Book 3 by Kingsley, Katherine
Metropolis by Thea von Harbou
The Impact of You by Kendall Ryan
The Blue Bedspread by Raj Kamal Jha
The Burma Effect by Michael E. Rose
Arabel and Mortimer by Joan Aiken
A Good Excuse To Be Bad by Miranda Parker
Billy by Whitley Strieber
From Hide and Horn (A Floating Outfit Book Number 5) by J.T. Edson
Our partner