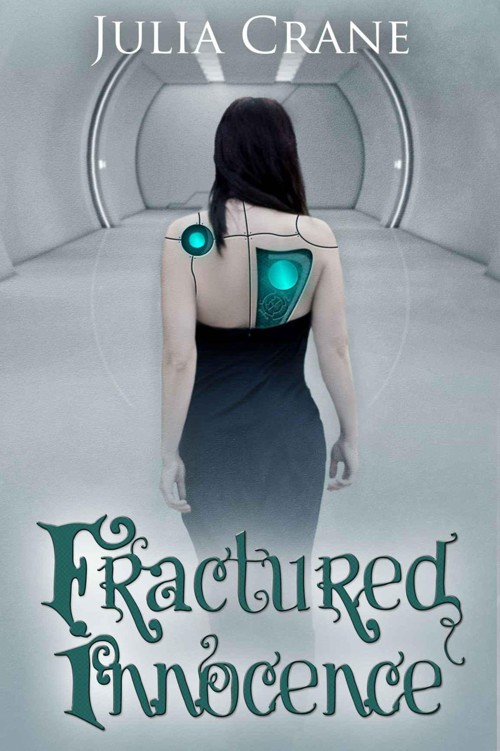 This book is protected under the copyright laws of the United States of America. Any

reproduction or other unauthorized use of the material or artwork herein is prohibited. No

written permission of the author.

This novel is a work of fiction. Any references to historical events; to real people, living

or dead; or to real locales are intended only to give the fiction a sense of reality and

authenticity. Names, characters, places, and incidents either are the product of the

author’s imagination or are used fictitiously, and their resemblance, if any, to real-life

To my street team! You have no idea how much your support means to me.

Kaitlyn unwrapped the towel from around her head and dropped it into the hamper. Her dark hair tumbled down her shoulders
.

Lucas gazed at her from the doorway. She loved the way he watched her so intently. It made her feel special. Wanted. Loved.

There’d been a time in the not so distant past when she was lonely and ached for any human connection. She’d been terrified of showing even a hint of emotion, knowing she would be reduced to even more of a robot and less of a person if she did. Fear had caused her to hide away what little human elements were left of her, tightly guarding herself by placing a protective wall around her.

Thankfully, those days were behind her. For the most part anyway. In the back of her mind, there was always the knowledge that IFICS still held all of the cards.

She paused. It still surprised her how easily slang terms slid into her mind since the latest upgrades.
Held all the cards.
At least that phrase somewhat made sense, if one knew what poker was. Many phrases or sayings offended her sense of logic.

Kaitlyn crossed the room and opened the dresser. She stepped into her underwear and then into her black pants, pulling them over her hips. She clasped her bra and pulled the long-sleeved black shirt over her head. Sighing, she tugged at the sleeves to make sure all of her robotics were hidden from the human eye. On the compound, she could walk around freely and not have to hide what she was, but today they were leaving the compound.

She felt oddly exposed in the long-sleeved T-shirt. She had to move carefully so the sleeves didn’t ride up her arms and reveal what was underneath—the parts of her body that made her not quite human.

Kaitlyn caught a glimpse of Lucas in the mirror and processed the creases in his forehead as concern. “It’s going to be fine, Lucas.”

“I know.” He mumbled, raking his hand through his dark hair, making it even more tousled than usual. It was a nervous habit of his that she loved so much. “I’m just worried. This is your first
real time
mission. I’m a little distressed, that’s all. So many things could go wrong.”

Kaitlyn turned and met his gaze. Just the way she was taught. “Dr. Chambers told me I need to take your fears seriously, but you more than anyone know I can take care of myself. You helped program me, remember? There really is nothing to worry about.”

“I guess.” Lucas hesitated and then continued. “I know it doesn’t make any sense, but a big part of me wishes I was going with you instead of Erik. There I said it.” He gave her a half smile, and his cheeks flushed.

Kaitlyn inspected Lucas as he crossed the room. Her eyes roamed his bare broad shoulders and rippling stomach. The plaid pajama bottoms clung to his muscular thighs. Reluctantly, she tore her gaze away from his body and forced herself to look back towards his troubled face.

His clear blue eyes had never left her face. He came to a stop mere inches from her. She could feel the heat radiating from his body. She wished she knew how to put his mind at ease. She could tell by his elevated heart rate he was upset.

“Erik is a capable partner. You really don’t need to worry. If anything happened to me, he would complete the mission.”

Lucas’s body tensed, and he took a physical step backwards. He looked as though she had punched him in the stomach.
Not good.

He swallowed. “Jesus, Kaitlyn, I’m not worried about the mission. I’m concerned about
you.
It would kill me if anything happened to you.”

She tilted her head and looked at him puzzled. “You would not die, Lucas. Your heart would continue to beat.”

Lucas slipped his arms around her waist and pulled her towards him. His eyes bore into hers, making her feel weak in the knees. “It would feel like I died.”

She laced her arms around his neck and pressed her body to his. Often her mind did not understand the human emotions, but her body did. Every fiber of her being wanted to be close to him. Comfort him. “I guess I’ll just have to be extra careful.”

He lowered his head, while Kaitlyn tilted her face upward. His lips pressed warmly against hers. She loved the way she felt in Lucas’s presence. He made her feel alive—human. Her hand dropped to his chest to feel his familiar heartbeat. Her sensors could tell her his beats per minute, but deep down she knew the elevated rate was because of her nearness. It was exhilarating to know she had such control of his body. She was astonished by the power a simple touch had; it was completely fascinating.

A stroke of her hand made him shiver and her own desire spiraled wildly. Where Lucas was concerned her emotions ran freely. It was the rest of the world she had trouble with.

His hand slid from her waist to her ribcage, drifting slowly upward until his hand cupped her breast. Kaitlyn sighed. Less than an hour ago, they had been entangled in each other’s arms. Her body still tingled from the feel of his bare flesh on hers.

“We could crawl back in bed,” he whispered.

Reluctantly, she pulled away. “I can’t be late, Lucas.”

He touched her cheek gently, and a sad smile crossed his face. “You can’t blame me for trying.”

“I’ll be back soon. It really shouldn’t take very long.” Her mind had already switched to the mission at hand. An image of the target, Vance Dasvoik, flashed in her mind with a bull's-eye on his head. Thirty-four years old, wavy dark hair streaked with gray, olive skin, cleft chin and unusual honey colored eyes. He looked normal, but he was by all accounts a very dangerous man. One that she would take pleasure in destroying.

“Not soon enough.” Lucas ran his hand over his face. “But, you’re right. We need to get to Harrington’s office. He’ll be pissed if we’re late. I gotta throw on some clothes.”

“I’ll be downstairs.” Kate grabbed her bag off the floor and trotted down the steps.

She wasn’t looking forward to the changes she had to undergo this morning. Her teal-colored, robotic parts would be replaced with skin-colored pieces. She had argued with Harrington about it, but he insisted she needed to be able to blend in. In case anything went wrong.

Kaitlyn wanted Dasvoik to see exactly what was  coming for him. To see the fear in his eyes when he saw a half human raining hell down on him.

Professor Adams had argued that she was showing vanity, and that was not the way she was programmed, which quickly shut down her own arguments. The last thing she wanted was more changes to her programming.

In the end, Harrington agreed to leave the parts on her back visible, as long as she never exposed herself in public.

Over the last several months, IFICS had accepted the glitches in her programming and was willing to work around them. No matter how robotic they made her, there was a human element that had to be dealt with. To say it was a learning process was an understatement.

She started out staying with Lucas in his apartment off the compound, but she kept bringing too much attention to herself. Accidental eavesdropping on their neighbors revealed they thought she was some sort of freak, despite her attempts to emulate human behavior.

She wasn’t ready to be in the real world.  As much as it pained her to admit it, Harrington had been right about her forever being stuck between the world of humans and computers.

Kaitlyn pulled on her boots and took a final glance around their small home. Domino, their cat, rubbed her head against her leg, purring. Kaitlyn leaned down to scratch behind the cat’s ears. She would miss the stone cottage and the cat. But mainly she would miss waking up with Lucas by her side.

After several months of cognitive behavioral therapy, Kaitlyn was finally allowed to live with Lucas. Of course, there had been a catch. They had to reside on the compound. Thankfully, as part of the compromise, they had their own house that was separated from the main buildings. No cameras and white walls that had marked her first few months as a laboratory experiment, before anyone realized that she was still human on the inside.

Another plus was their home was not too far away from where her good friend, Quess, lived with her grandparents, and there’d be no neighbors to gossip about how strange she was.

Harrington insisted he needed her nearby in case anyone tried to breach the compound. Even though she knew he had top of the line security and highly trained guards. Lucas explained to her that Harrington had been appealing to the ego they knew lingered from her human body.

Kaitlyn’s appreciation for Harrington’s brilliant mind increased tenfold. That man had a grasp of human nature that she would never possess.

As leery as she was about living on the compound in the beginning, it had quickly grown on her. She had the best of both worlds now.

Where was Quess?
She should have already been there to say goodbye.

As if on cue, the doorbell rang.

Kaitlyn tugged the door open. Quess beamed up at her. Her copper curls peaked out from the green knit hat on her head. Her usually pale face was red from the cold.

“It’s freezing out there. Let me in!” Quess laughed.

Right.
Kaitlyn still forgot little things like that. She stepped aside and Quess crossed into the room until she was in front of the heater and held her hands over the vent.

“Are you excited?” Quess asked, her eyes dancing.

Kaitlyn returned the smile. Besides Lucas, Quess was the only other person Kaitlyn felt she could be herself around. She leaned in and whispered, “Probably too excited. Don’t tell your grandfather.”

Quess gave her a look. “As if I would tell him anything. You know better than that.”

That was true. She really did trust Quess. She’d kept her secret—the fact that she still had human feelings—for a long time.

“How long will you be gone?”

“I really don’t know. In theory, it should be a quick mission. But Erik says nothing ever goes as planned.”

“Erik is hot.” Quess bit her lip and giggled.

“Is he?” Kaitlyn asked. She’d never thought of him that way before. Quess was always going on about boys.

Grown-up by Kim Fielding
Families and Friendships by Margaret Thornton
Love After Marriage (Forever After #2) by Mia Kayla
The Wanderer by Mika Waltari
The Skeptics Annotated Bible by Wells, Steve
Each Time We Love by Shirlee Busbee
Dark Beauty (Seeker) by Browning, Taryn
A Very Expensive Poison by Luke Harding
Nashville 1 - Ready to Reach by Inglath Cooper
Seesaw Girl by Linda Sue Park
Our partner