Read From This Moment Online 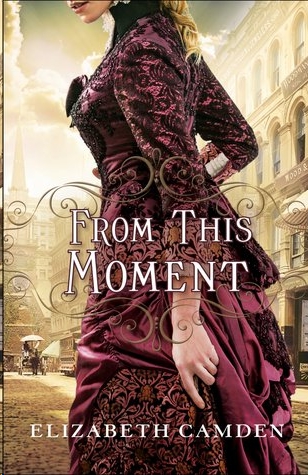 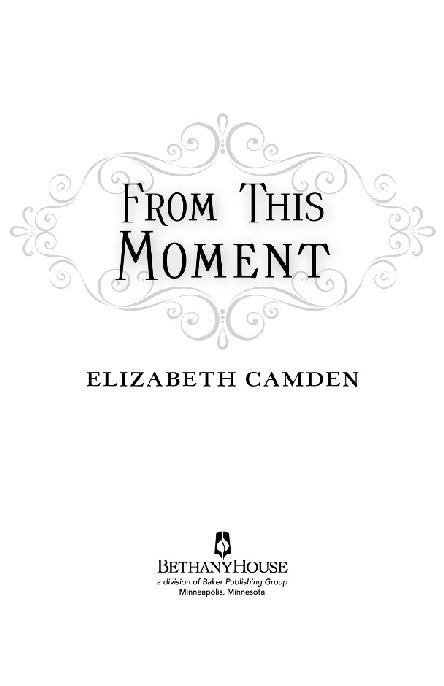 This is a work of historical reconstruction; the appearances of certain historical figures are therefore inevitable. All other characters, however, are products of the author’s imagination, and any resemblance to actual persons, living or dead, is coincidental.

R
omulus White stood motionless in the crowded ballroom, staring at a woman he’d once longed for more than his next breath of air.

It was not a pleasant experience, especially since Laura stood alongside her doting husband. Even from a distance, her copper-red hair gleamed in the candlelight and made her stand out from the crowd.

It had been several years since Romulus had last seen her. He braced himself for the blinding wall of anguish that was sure to clobber him, but surprisingly, it didn’t come. He waited, holding his breath, but the only emotion Laura’s presence summoned was a cloudy swirl of bittersweet memories, an almost-pleasing sort of ache. Wasn’t that strange? But perhaps that was the nature of a first great love. If such a profound experience didn’t leave the trace of a scar, it would be disappointing.

“Are you going to say hello to her?” His cousin Evelyn drew up alongside him, pressing a glass of mulled cider into his hand.

He took a sip before responding. “Who?” he asked casually, but Evelyn sent him a shrewd look. Evelyn was three years younger than his thirty-two years, but she’d already perfected a disapproving stare that could terrify lesser mortals. They’d grown up together, and she knew all about his epic fit of despair when Laura broke their engagement ten years ago. It was not his proudest moment. He’d rather think of anything—a plague of locusts, perhaps enduring a public execution—anything other than those ignominious few weeks following Laura’s rejection.

“You know who I’m talking about,” Evelyn said pointedly. “It might be nice to exchange a few words to let her know there are no hard feelings.”

“I’m here on business, not to make pleasant chitchat with Laura Rittenhouse.”

Tonight’s gala was in celebration of the next round of funding that had just come through for the greatest engineering project in Boston’s history. Hosted in the lavish country club overlooking one hundred acres of rolling woodland, this was an unprecedented gathering of the city’s leading politicians, engineers, bankers, and businessmen, all of whom had joined forces to create the nation’s first subway, which would soon be running beneath the streets of Boston.

Romulus intended to shake as many hands as possible tonight. His career as the editor and publisher of
Scientific World
depended on his ability to capitalize on friendships with the engineers and scientists who were forging the new era of invention. He’d spent more than a decade cultivating these alliances, and he was good at it.

“You haven’t stopped staring at her since she entered the ballroom,” Evelyn observed.

“Laura no longer means anything to me,” he said, relieved there was no stirring of those turbulent emotions that had once
knocked him flat. In hindsight, Laura had been right to cut him loose. He would have been a terrible husband, and she was surely better off with Dr. Rittenhouse.

Besides, it was quite possible that no man in Boston enjoyed bachelorhood more than Romulus M. White. He adored women and had cut a wide swath through their ranks over the past decade. Someday he would marry, but not anytime soon. The woman he married would be a good mother and suitable companion. His future wife would make him smile, but never roar with laughter. She would be capable of holding an intelligent conversation, but she would not hold him spellbound and entranced. Nor would she have the ability to make him weep in despair or plunge him into melancholy merely because she withdrew her favor. He had already dipped his toe into that particular pond and had no desire to sample it again. Ever.

He didn’t want to think about Laura tonight. A far more fascinating woman had just arrived in Boston and captured his professional interest. He had never even met Stella West, but his letter to her was burning a hole in his pocket.

He leaned down to whisper in Evelyn’s ear. “After the speeches are concluded, I need a few minutes of your time to discuss business.”

Evelyn was not only his cousin, she was his business partner and the managing editor of
Scientific World
. They shared ownership of the magazine on a fifty-fifty basis, so he was legally obligated to gain her consent before major decisions. Although they usually worked smashingly well together, there had been tensions over the years, and the envelope in his pocket was
not
going to make Evelyn happy.

“Dare I hope you are about to tell me you’ve approved the list of technical articles for the April issue?”

“Completed just before I left and already on your desk. You
can get everything on the production schedule first thing Monday morning. There is something else we need to discuss.”

And it was going to have to be handled delicately. Evelyn ran a tight ship at the magazine, and she was likely to fight him tooth and nail over his suggestion.
Scientific World
would have crashed into insolvency years ago if Evelyn had not been there to reel him in from his more extravagant indulgences, but on this issue he intended to remain firm.

“Are you wearing a
pink
vest?” The voice belonged to Michael Townsend, the attorney general of Massachusetts and Romulus’s weekly sparring partner in the boxing ring. With patrician features and prematurely gray hair, Michael was a handsome man despite his bland taste in fashion.

“It’s coral,” Romulus corrected. “I’m wearing it in honor of the marine life exhibit currently at the Smithsonian. We are featuring it in next month’s issue.”

Michael looked skeptically at the vest, but his tone carried a glint of humor. “It looks pink to me.”

Like most men in the ballroom, Michael wore a black swallowtail coat and vest, but Romulus had had an appreciation for style from the day he was old enough to understand the concept of complementary color schemes. Standing over six feet tall, with black hair and a face that turned heads, he never shied away from a dash of color or a sparkly gemstone to liven up his wardrobe.

“Brace yourself, the speeches are coming,” Michael said, and a balding man with a walrus mustache stepped up to the podium in front of the orchestra.

The music came to an end, and the clinking of forks on champagne glasses caused a hush to settle over the crowd. Henry Whitney was the improbable hero of the evening. A businessman with a lifelong interest in railroads, Henry was intrigued by the
possibility of creating a railway that ran beneath the streets. Two years ago, he had finally cobbled together the necessary financing, technical plans, and political clout to begin building America’s first subway.

Traffic congestion had always been bad in Boston, with its narrow, twisting streets first laid out in the seventeenth century. More than half a million people now lived in a city whose streets were choked by lumbering streetcars, wagons, and pedestrians darting among the potholes and horse-drawn carriages. It had been even worse for the past year as streets had been torn up for the digging of the subway tunnels, but the first leg of the subway was due to open soon.

As the applause settled down, Henry began speaking. “My friends, it is surely no coincidence that the first attempt at a project as technically challenging and politically risky as a subway should happen in Boston. Our city has been blazing trails into the unknown since the first settlers arrived in America. We carved a great society out of the raw wilderness, and now our factories, publishing houses, and universities are the envy of the world. Our colleges support the research that is fueling the innovation that will lead us into the twentieth century. Our ships sail to ports all over the world, and our buildings are rising high into the sky. Soon we shall expand into an entirely new realm, deep beneath the city itself, to launch the first underground subway in America.”

A hearty round of applause greeted the words.

“London may have been the first city in the world to build a subway,” Henry continued, “but the London subway runs on steam, and ours shall be powered by the miracle of electricity. It shall be a clean, well-lit, and well-ventilated subway, a model for all future projects.”

Mr. Whitney proceeded to introduce the mayor, the chief
engineers, and the bankers who had pulled off the latest round of funding that would permit breaking ground on the Tremont link. If all went well, digging on the Tremont leg would happen within the month, and the subway would be ready for business by the end of the year. Henry continued introducing key players in the Boston subway while Romulus fought the temptation to let his gaze wander back to Laura Rittenhouse on the far side of the ballroom. Then Henry’s voice interrupted the struggle.

“And I would be remiss if I did not recognize Mr. Romulus White, whose magazine,
Scientific World
, has done so much to educate the public about the subway project.”

Romulus felt pole-axed. This kind of recognition was unexpected and stunning, but not to be taken lightly.

“Romulus? Where are you?” Mr. Whitney asked from the podium.

“Here, sir!” he called out in a hearty voice. The crowd around him parted enough for the renowned financier to spot him.

Romulus raised his glass. “Only the best for a night like tonight!”

Applause mingled with laughter as every face in the room swiveled in his direction.