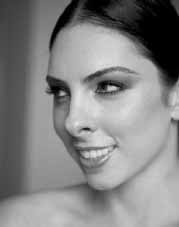 L
ucinda Ruh is one of the most admired and creative skaters in the world. She is well-known for being the fastest spinner on ice, having clocked in at a remarkable six rotations per second. Her official skating record is impressive: two-time National Champion, two-time World Professional figure skating Bronze Medalist, and Guinness World Records Holder for the longest spin on ice. Always a trendsetter, she pushed the limits â from making the unitard a fashion statement to changing the rules for spinning by her record-breaking unique positions. Lucinda always told her fans a story the minute she stepped on the ice. Dubbed the “Queen of Spin,” Lucinda made her mark on figure skating history forever by creating over twenty different spin positions over the course of her career. It's no wonder that she was twice listed among the “25 Most Influential Names in Figure Skating” by
International Figure Skating Magazine.
Lucinda Ruh has competed at eight World Championships and has performed with the most prestigious tours such as Stars on Ice, Champions on Ice, and Art on Ice. Her majestic style has given her opportunities to skate live around the globe.