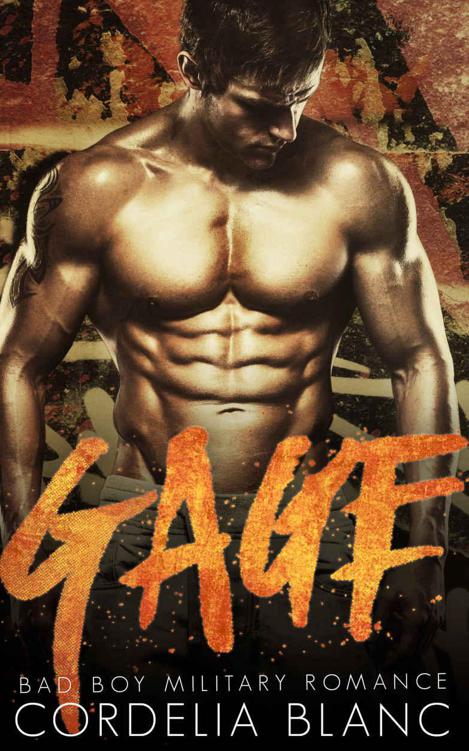 KEEP UP WITH CORDELIA BLANC

Thank you for picking up one of my books. Chances are I’m in the process of working on another one! Hey—Did you know that you can read my whole catalogue free when you subscribe to
Kindle Unlimited
? It’s true! If you aren’t subscribed, I would highly recommend it.

I have started
this little newsletter
to let all of my beautiful readers know when I’m offering discounts, releasing new books, and giving away
FREE EXCLUSIVE CONTENT
. The sign up takes about four seconds (seriously). I will never share your email address with anyone, you will
never
receive any spam, and you can unsubscribe at any time with the click of a single button.

Can’t open the link? Copy and paste this link into your browser:

Want to get in touch with me? It’s easy!

This book is a work of fiction. All the characters in this book are fictitious and any similarity to any person, living or dead, is purely coincidence.

All rights reserved. No part of this publication may be reproduced, distributed, or transmitted in any form or by any means, including photocopying, recording, or other electronic or mechanical methods, without the prior written permission of the publisher, except in the case of brief quotations embodied in critical reviews and certain other non-commercial uses permitted by copyright law.

That’s all anyone stationed at Combat Outpost IQ-UA-14 cared about. Because at COIQ-UA-14, that’s all we ever got to do.

If your outpost got shot up by Hajjis, they sent you feel-better presents. PlayStations, computers, jack-off mags, that kind of stuff. When your friends get blown up by IEDs, they sent care packages filled with comforting things. Mostly liquor.

If they knew you were going to die, but you hadn’t died yet, they sent women.

But you couldn’t call them hookers. “Exotic dancers,” was the technical term. The other soldiers called them Barrel Cleaners behind their backs, Desert Queens to their faces. Sometimes, someone would called them BCs and the other guys would all giggle because the dumb whores had no clue. I called them Barrel Cleaners to their faces, because that’s what they were, and I figured they didn’t give a shit one way or the other, seeing as they had no moral issues flying halfway across the world to fuck a bunch of strangers in uniform.

We got loads BCs at our outpost because they were waiting for the right moment to send us off to be killed. We were deployed as cannon fodder—a bunch easily expendable, low ranked nobodies. We were the ones they would send in first, to clear out the roadside bombs that the robots didn’t spot—or that they were too cheap to send robots out to spot (we were cheaper than robots). We were the ones they sent in to take shots from the snipers that the drones didn’t catch.

We were just waiting to be sent out on our first and last mission, and we all knew it.

But when we touched down in the Sandbox, the action had moved, and we became a camp of bored, forgotten soldiers. They kept telling us, “The action will move back this way. When it does, you guys will be the first ones out there.” So we waited.

The only guns anyone shot were the ones between their legs.

And HQ would was, “Any day now…” So we waited some more…

They were right. It was inevitable the war would make its way back to us at some point.

On the first of every month, a couple of birds would bring in two dozen Barrel Cleaners. On the fifth of the month, the birds would come back and take the girls away. Rules said we weren’t supposed to touch the girls, that they were “just for entertainment.” But that rule was just the army covering their asses. We had exactly twenty-four men stationed at our outpost. It didn’t take a genius to figure out that the matching number wasn’t just a coincidence. When the girls arrived at the outpost, the higher-ups would turn their backs and play dumb.

Unlike the other twenty-three men at our outpost, I never cared about the BCs. The girls were anything but Desert
Queens
, more like haggard desert whores. Most of them stepped off those birds already high as a fucking kite on heroine and meth and God-knows what else. They always looked like the military just went down to the nearest Skid Row and filled a convoy with the first two dozen hookers they could find.

Most of them didn’t even have any interest in fucking. “I have a boyfriend back home,” they would say after bare-fist rubbing a Joe’s cock under the table. Occasionally, there was the true Barrel Cleaner, who would go door to door, trying to fuck every last Joe on site before her five days were up. Day six would roll around and everyone would be complaining about the itch. “The cunt had the clap!” No shit…

The fifteenth of every month was when they sent the creams and ointments, to get the troops ready for the next shipment of whores.

I had no interest in fucking filthy prostitutes in the name of boredom. I didn’t want to catch the clap, or stroke any Barrel Cleaner’s fragile ego. Unlike the other guys, I didn’t want to stick my cock in some poor girl who only spread her legs because some military general back in the United States said some bullshit about it being “The American thing to do.”

I didn’t even bat an eye at the haggard whores.

Until one day, the first day of February, when the birds came in and dropped off a new batch of Barrel Cleaners.

She was the first to step off the chopper.

Her legs were long and she wore a pair of black, strappy heels. The other soldiers were whistling before they even saw her face step down from that helicopter. It was tough to see her face through her big, dark sunglasses, but I could tell right away she was different. This wasn’t just some girl they scooped out of some drug-infested alleyway. The chopper blew her skirt up and the crowd of twenty-three men erupted.

I wasn’t in the crowd.

I was behind them, finishing my workout with a set on the pull-up bar. With every pull-up, I was able to see over their drooling heads. For once, they had a good reason to cheer like that. For once, HQ sent in a real looker, a girl whose used-and-abused vagina wasn’t dragging through the sand the moment she walked off the chopper.

The beauty scanned the slack-jawed faces of the crowd. Her sunglasses did little to hide the obvious fear on her face.

Most girls stepped off those birds with fear on their faces. They were afraid of the Hajjis, the terrorists, the Ali-Baba. All they knew was that Iraq was a dangerous, war-torn, third-world country. None of them realized they had a better chance of seeing action back on home soil than anywhere within fifty miles of our outpost.

And like the bunch of hungry dogs that they were, the crowd of GIs howled and barked. It wasn’t until the bombshell vanished inside the Guest Facility that the men realized there were twenty-three other women being unloaded from the birds before them. And for once, the girls weren’t all half-bad. I thought, they must be getting ready to send us into battle, because they sent us some real honeys.

“Hey, hot stuff,” one of the girls called out to me as the recruits ushered her by. “Lookin’ good up there. Why don’t you come down here and show me your big muscles.” I looked away and ignored the slut.

When they send you out to the towns on patrol, they tell you not to feed or pet the stray dogs because the dogs won’t leave you alone if you do. The moment you stop feeding them, the scrawny bastards start biting. The BCs were no different.

“What’s wrong with you? You a queer or something?” The men all laughed at the Barrel Cleaner’s jab. I looked at her and she was nothing special. One of her eyes was droopy, which usually happened when they got into the smack. She was pretty enough, but nothing special. I looked away.

After their little strip-tease, they would disappear in the back again, until later when they would all come out at once to do a little curtsy and then pair off with the boys. Everyone would drink tons of booze and fuck.

The next few nights were supposed to be the same, but the girls were always too wasted from the drugs and the drinking and the aggressive fucking to put in the effort.

That February haul was different. For once, they didn’t look like street girls. All the other men were too preoccupied thinking about which one they wanted to fuck first to wonder why the army sent us real women.

We found out why after all the girls were settled into the Guest Facility.

There was a silence while everyone looked at one another.

“Quit fucking yakin’ us, Rich,” someone called out.

“I’m serious. The boys back home finally got something right. From what I understand, Playboy is trying to drum up some publicity. They have a new image and a new brand and they thought, what’s more American than sending their girls to meet some active-duty marines?”

“You mean, to be fucked by some active-duty marines,” Private Miller added. A torrent of laughter followed.

Private Miller was one of the smallest and weakest soldiers at our outpost, the worst shot of our whole platoon, and just generally one of the more useless soldiers at our outpost. But no one cared because he had a quick-wit and he knew the best and dirtiest jokes. In a way, seeing as two years of our tour had gone by and none of us had seen any action, Private Miller was the most valuable soldier in our squad, keeping us all entertained and distracted from the fact we were essentially on Death Row.

“Sorry, but you can’t touch these girls—and this time, I really mean it. They’re here to lift your spirits, promote the new brand, and nothing else. And I really mean it—there’s an embed en-route to cover their visit. He’ll be here tomorrow.” Embed was slang for ‘reporter.’

Everyone booed. It was no secret that embeds were the worst, a bunch of pansies and whiners. We took our last embed on patrol with us one day, and the bastard got so scared, we had to drag him back to the outpost. He thought every kid with a soccer ball was a terrorist in disguise.

“If they’re the 2016 Playmates, then why are there so many of ‘em? I thought there was only a Playmate for each month of the year.”

“Because they sent the runner-ups, too.”

“He’s fuckin’ with us. Don’t listen to him,” someone called out.

“No—he’s not lying!” Private Hastings came running out from the bunkhouse with a tattered-looking copy of Playboy’s January edition. Everyone crowded around while Hastings flipped through the pages. Sure enough, Ms January was the drugged-up floozy who called me a queer.

“I’m gonna fuck her first!” someone called out.

“There will be no fucking!” Major Richards yelled out. “That’s an order.” He switched to his serious voice—the voice we were trained to respect, to keep a straight face and say “Yes, sir,” when we heard it.