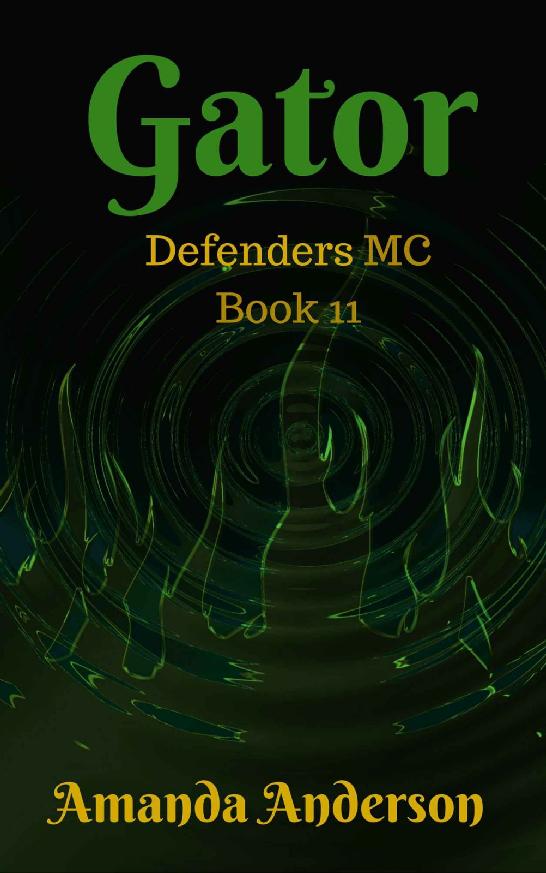 All rights reserved, except as permitted under the U.S. Copyright Act of 1976, no part of this publication may be reproduced, distributed, or transmitted in any form or by any means, or stored in a database or retrieval system, without the prior written permission of the author.

The unauthorized reproduction or distribution of copyrighted material is illegal.  Criminal copyright infringement is investigated by the FBI and is punishable by up to 5 years in prison and $250,000 in fines.

This book is a work of fiction and any similarities to persons living or dead, places, incidents are completely coincidental and not intended by the author.

Other Works by this Author

In Love With The Wrong Cowboy

The Tiger Within (Book 1)

Redemption of a Soiled Dove

All titles can be found at

Naughty danced the same as she did every night.  She pasted on a smile and stripped off her clothes as she pretended there was no one beyond the bright lights.  She was just dancing in her bathroom, no big deal.  Just waiting for her moisturizer to dry so she could get dressed.  She gripped the pole and wrapped her leg around its smooth brass surface so she could lean back and her dark hair could cascade toward the floor.  She loved the way the light caught the highlights and made them glow.  She loved the way her skin shined with the oil and glitter she’d rubbed on before taking the stage.  She loved the way her heart raced as she nailed a move she had been working on, but that was all she loved about this life.

All the rest was filth.

The rest was nothing but the basest part of humanity.  Men who wanted nothing but to degrade a woman until she didn’t mind the nasty things he did to her.  Joke was on them though, she liked it, she liked that it all made her feel something real, even if it was hatred.

Her eyes caught the shining black eyes of someone who made her heart race even more.  He watched her like there was nothing in the world but her.  She felt her heart flutter as it always did and she forced it to freeze.  She couldn’t let him get to her.  She had come too far to let herself be weak over a man ever again.  He was a danger to everything she had built and she wouldn’t let him wreck her.

She stood and flipped her hair over her shoulder before she bent at the waist and shook her ass at the crowd she knew was just past the edge of the stage.  She never allowed herself to look past the lights which made his ability to catch her eye even more disturbing.  She was in her own world until he’d taken notice of her, then she was on stage just for him and it made her feel alive.

Her stomach heaved, but she kept going.  She felt a fine sheen of sweat cover her body until chills raced over her skin.  Something was wrong, but the show must go on.   Rena would bitch until morning if she didn’t finish this set.  She needed the money too and she couldn’t afford to let a silly upset stomach take it from her.  The crowd was thick as smoke tonight and they were all fighting to get closer.  Money was flowing too, nice and rich.  She would let Spec know as soon as she got backstage too.  There must be something big happening tonight.  She looked around for a familiar blonde head, but didn’t see him.  Her contact usually let her know things were going down, but she didn’t see him.

She smiled and spread her knees wide as she fell to the stage and leaned back.  She felt hands on her then and tried to stop the feeling of her skin crawling.  She hated it, but those hands were stuffing bills in her G-string and that’s all that mattered.

She felt hands groping her thighs and one even went so far as to rub her crotch.

That got her attention.  She smacked the hand away and watched the hate in the black eyes of a man she recognized all too well.  She did not need this shit tonight.

“Cut that shit out man.  That ain’t even close to bein’ allowed for you.”  Lambhead shoved the man away, but he kept his eyes on Naughty.

How could a man make her feel so afraid with one look?  She had spent years with some of the most dangerous men in the country.  This one was evil though, she felt it.

She plastered on a smile even as her stomach heaved again.  She was too hot and her skin was covered in chills.

He had a thing for her, that was all, she had dealt with crazies before.  She had to trust the club to take care of it.

Lambhead grabbed her wrist. “You don’t look so good sweetheart.  You sure you need to be doin this shit tonight?”

Naughty gave him a grin that she knew didn’t convince him.  He was sweet, but she didn’t see him as being as tough as the others.  He was trying to step into Jack’s shoes at
Tease,
but the girls didn’t respect him the way they needed to and honestly, he was terrified of Rena.

The room spun and she stumbled on her four inch heels, grabbing the pole for support.

“I’m all done Lamb.”  She winked, but she couldn’t see him anymore.  She held onto the pole.  She needed to smile and get back stage...

She heard grumbles from somewhere and a shout, but she couldn’t focus.  Spots crowded her vision as her grip loosened and she slid to the polished floor of the stage.  The lights flickered to another part of the stage making it easier for her to focus on what was around her.

“What da fuck is going on my Naughty girl?”

Her mind spun.  No not him, anyone but him.  Where was Jack?  Even Rena would be better than Gator.  Almost big Mr. Touch-too-much...Lambhead?

His hand cupped her boob and she tried to smack him away, but her arms wouldn’t work right.

She tried to be funny, but her words sounded funny and he wasn’t laughing.

Naughty shook her head, but the movement caused pain to shoot through her skull.  What was wrong with her?

Then Jack was there.  Jack with his eyes that looked like moss.  Jack with his bright smile that made everything better, but he wasn’t smiling.  Then Rena was there and even Lamb.  They would fix it, they always did.  Rena would know what to do.  She had to know.

But they were all looking at her like they were pissed at her for something, but then Jack closed his eyes and when they opened again she saw compassion.

Naughty felt familiar arms wrap around her and lift her against a familiar chest.  She inhaled before she could stop herself and felt his lips against her temple.  She was too weak to fight it.  She loved him too much to push him away.  She was so afraid.  Afraid of everything.  Gator would make it better.  If no one would, he would, she just had to let him.

Her heart cracked a little.  How had this happened?

“It will be alright Beb.”  He whispered against her ear and Naughty wanted to cry.  He knew her.  He knew her to her bones and she was terrified that he would see more than she was ready for him to see.

What if he didn’t really care at all?

Gator took her backstage where Rena cleaned off a couch for her to lie on.

She heard bickering and voices, but she couldn’t concentrate.  Nothing would stand still long enough for her to focus on it.  Then she heard a voice that she did listen to and it sent chills over her body.

“I saw her pop something before she went on stage.  I don’t know what it was, but she’s been gobbling shit down for a while now.”

“I didn’t want to say anything to get her in trouble, but I think she might have been helping that prospect too, you know that one with the big eyes.  I heard he was messing around with some club money…  Makes sense...”

Naughty heard the slap of skin and Mace’s voice hushed.

“Since when do we allow club girls to get into club shit?”  Gator said with a dismissive laugh.  “Remember your place or I’ll find you a new one.”

His voice lowered menacingly.  “One with more dirt and less money.  Naughty don’t take shit.   You sayin’ she does makes you a fucking lying piece of trash.  I don’ know what you’re angle is, but I ain’t buyin’ it and neither will anyone else.”

“Oh Gator, I know you’re sweet on her, but she’s got other men honey.  I’ve seen her with them.  One’s a big guy.  Dark hair and dark eyes.  He’s here somewhere tonight too.  The other one is a blonde.  How do you think she affords that big ole house she lives in?  She’s playing with you honey.  She can’t give you what I can...”  Mace ended with a purr that pissed Naughty off more than the shit she had been spewing.

Naughty tried to sit up, but pain gripped her stomach.  Something was wrong.

She reached out blindly and gripped the only person she could reach and tugged.

Gator was in her face again.  She was panicked.  She didn’t know how to tell him anything and she saw anger in his face.  So much anger and hurt, but she was so afraid.  He had to fix it.

“You know me.”  She whispered.  Her words ended in a scream as pain gripped her again.  “Please.  Fix it Gator.  What’s wrong?”

“Call a fucking ambulance right da fuck now.”  Gator yelled at no one and everyone at the same time.

“Scaring her?  I’ve lost two lifetimes watching dis shit.”  Gator ground out before he turned back to her.  He ran his hand over her hair and met her eyes.

Naughty tried to talk, but she could barely breathe.  Jack needed to know.  She couldn’t tell Gator, not like this, but Jack…

“What is it sweetheart?”  Jack’s beautiful green eyes swam into sight.  She trusted him.  Jack would take care of her.  Jack was safe.  He was a friend and didn’t try to make her feel anything she didn’t want to.  He just let her be the way she was and didn’t judge if she came in with her eyes swollen or her hair a mess.

He leaned close to her ear.  “I know sweetheart.  I know all of it and I’ll make sure the paramedics know too.”  He pressed a kiss to her forehead then met her eye.

She shook her head needing him to understand.  She hadn’t taken anything in months.  She had worked hard to wean herself off all of it.  She wanted a real life.

“I’ll make sure they know it all then sweetheart, even what you aren’t sayin’.”

His words sent relief rushing through her.  She relaxed against the couch and let them fuss.  Jack knew.  Everything would be alright.

Gator rubbed her leg and she realized that she was lying on a couch backstage in nothing but a G-string and body glitter.

Her life was really fucked up.