Read Hanging on a String Online

Hanging on a String 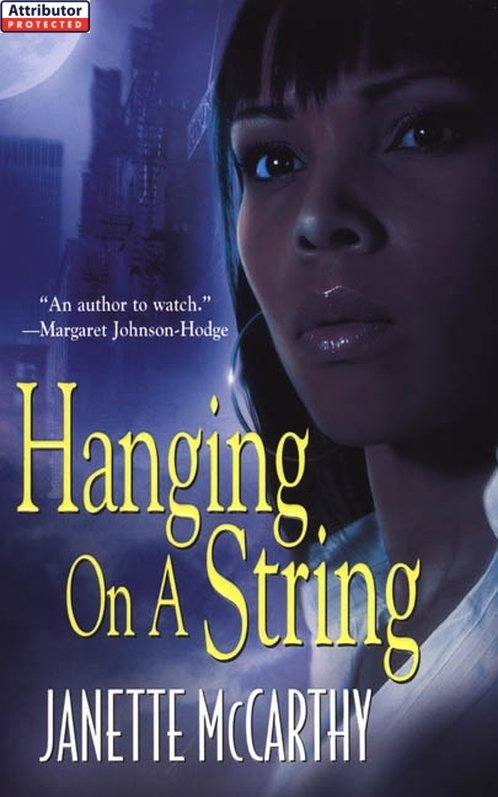 HANGING ON A STRING
Marcus Claremont opened the door and walked into my office, closing the door behind him. I rose to greet him, and we shook hands, rather ceremoniously, over my desk.
“Please sit down,” I said, in an attempt to show that I was not at all fazed by our earlier conversation.
Once again the attraction that I felt for him gripped me as I stared at his handsome face. He looked great ... and the wide smile with which he greeted me was warm and inviting. I didn't understand the effect he was having on me. I'd met many handsome men, but no one, not even my ex-husband, had caused me to feel such a strong and immediate attraction.
“Thanks for seeing me on such short notice,” he said as he sat down in the same chair he had yesterday.
I sat down as well, and we faced each other, my desk providing the dividing line. I watched as he placed one strong brown hand on his knee and had a vision of that hand being somewhere else far more intimate.
Clearing my throat nervously, I said, “Detective, I'm extremely busy.”
He smiled at me. “So you keep telling me. Are you always this direct, Miss Spain?”
“Absolutely,” I replied. “I don't believe in playing games. Call me Jasmine. The only people who call me Miss Spain don't like me.”
“Well,” he said, looking straight into my eyes, “I certainly don't fall into that category.”
He was flirting with me again, and what's more, I was beginning to enjoy myself. I needed some sort of intervention. I needed someone to talk some sense into me.
“Well, if I'm going to call you Jasmine, then you'll have to call me Marcus.”
This was definitely not the kind of intervention I needed.
“Fine,” I replied, hoping to get this conversation over quickly. I wanted to leap across the desk and fling myself at him. I most definitely needed a vacation.
Hanging on a String
JANETTE M
C
CCARTHY