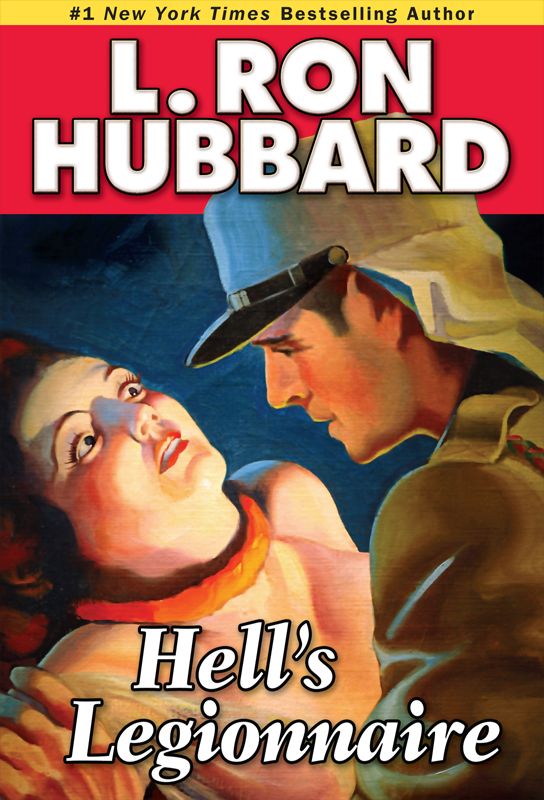 The Case of the Friendly Corpse

Slaves of Sleep & The Masters of Sleep

Typewriter in the Sky

The Conquest of Space

The End Is Not Yet

A full list of L. Ron Hubbard's
novellas and short stories is provided at the back.

*Dekalogy: a group of ten volumes 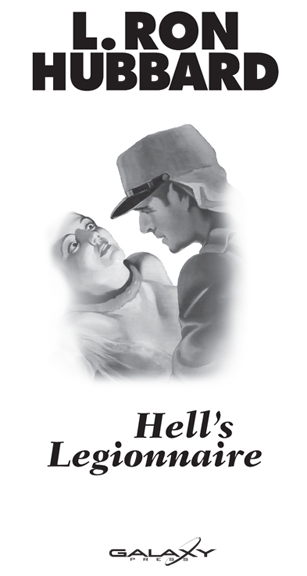 L. R
ON
H
UBBARD
IN THE
G
OLDEN
A
GE
OF
P
ULP
F
ICTION

T
HE
S
TORIES FROM THE
G
OLDEN
A
GE

A
ND
it
was
a golden age.

The 1930s and 1940s were a vibrant, seminal time for a gigantic audience of eager readers, probably the largest per capita audience of readers in American history. The magazine racks were chock-full of publications with ragged trims, garish cover art, cheap brown pulp paper, low cover prices
â
and the most excitement you could hold in your hands.

“Pulp” magazines, named for their rough-cut, pulpwood paper, were a vehicle for more amazing tales than
Scheherazade
could have told in a million and one nights. Set apart from higher-class “slick” magazines, printed on fancy glossy paper with quality artwork and superior production values, the pulps were for the “rest of us,” adventure story after adventure story for people who liked to
read
. Pulp fiction authors were no-holds-barred entertainers
â
real storytellers. They were more interested in a thrilling plot twist, a horrific villain or a white-knuckle adventure than they were in lavish prose or convoluted metaphors.

The sheer volume of tales released during this wondrous golden age remains unmatched in any other period of literary history
â
hundreds of thousands of published stories in over nine hundred different magazines. Some titles lasted only an issue or two; many magazines succumbed to paper shortages during World War II, while others endured for decades yet. Pulp fiction remains as a treasure trove of stories you can read, stories you can love, stories you can remember. The stories were driven by plot and character, with grand heroes, terrible villains, beautiful damsels (often in distress), diabolical plots, amazing places, breathless romances. The readers wanted to be taken beyond the mundane, to live adventures far removed from their ordinary lives
â
and the pulps rarely failed to deliver.

In that regard, pulp fiction stands in the tradition of all memorable literature. For as history has shown, good stories are much more than fancy prose. William Shakespeare, Charles Dickens, Jules Verne, Alexandre Dumas
â
many of the greatest literary figures wrote their fiction for the readers, not simply literary colleagues and academic admirers. And writers for pulp magazines were no exception. These publications reached an audience that dwarfed the circulations of today's short story magazines. Issues of the pulps were scooped up and read by over thirty million avid readers each month.

Because pulp fiction writers were often paid no more than a cent a word, they had to become prolific or starve. They also had to write aggressively. As Richard Kyle, publisher and editor of
Argosy,
the first and most long-lived of the pulps, so pointedly explained: “The pulp magazine writers, the best of them, worked for markets that did not write for critics or attempt to satisfy timid advertisers. Not having to answer to anyone other than their readers, they wrote about human beings on the edges of the unknown, in those new lands the future would explore. They wrote for what we would become, not for what we had already been.”

In a word, he was among the most prolific and popular writers of the era. He was also the most enduring
â
hence this series
â
and certainly among the most legendary. It all began only months after he first tried his hand at fiction, with L. Ron Hubbard tales appearing in
Thrilling Adventures,
Argosy,
Five-Novels Monthly,
Detective Fiction Weekly,
Top-Notch,
Texas Ranger,
War Birds,
Western Stories,
even
Romantic Range.
He could write on any subject, in any genre, from jungle explorers to deep-sea divers, from
G-men
and gangsters, cowboys and flying aces to mountain climbers, hard-boiled detectives and spies. But he really began to shine when he turned his talent to science fiction and fantasy of which he authored nearly fifty novels or novelettes to forever change the shape of those genres.

Following in the tradition of such famed authors as Herman Melville, Mark Twain, Jack London and Ernest Hemingway, Ron Hubbard actually lived adventures that his own characters would have admired
â
as an ethnologist among primitive tribes, as prospector and engineer in hostile climes, as a captain of vessels on four oceans. He even wrote a series of articles for
Argosy,
called “Hell Job,” in which he lived and told of the most dangerous professions a man could put his hand to.

Finally, and just for good measure, he was also an accomplished photographer, artist, filmmaker, musician and educator. But he was first and foremost a
writer,
and that's the L. Ron Hubbard we come to know through the pages of this volume.

This library of Stories from the Golden Age presents the best of L. Ron Hubbard's fiction from the heyday of storytelling, the Golden Age of the pulp magazines. In these eighty volumes, readers are treated to a full banquet of 153 stories, a kaleidoscope of tales representing every imaginable genre: science fiction, fantasy, western, mystery, thriller, horror, even romance
â
action of all kinds and in all places.

Because the pulps themselves were printed on such inexpensive paper with high acid content, issues were not meant to endure. As the years go by, the original issues of every pulp from
Argosy
through
Zeppelin Stories
continue crumbling into brittle, brown dust. This library preserves the L. Ron Hubbard tales from that era, presented with a distinctive look that brings back the nostalgic flavor of those times.

L. Ron Hubbard's Stories from the Golden Age has something for every taste, every reader. These tales will return you to a time when fiction was good clean entertainment and the most fun a kid could have on a rainy afternoon or the best thing an adult could enjoy after a long day at work.

Pick up a volume, and remember what reading is supposed to be all about. Remember curling up with a
great story
.

KEVIN J. ANDERSON
is the author of more than ninety critically acclaimed works of speculative fiction, including The Saga of Seven Suns, the continuation of the Dune Chronicles with Brian Herbert, and his
New York Times
bestselling novelization of L. Ron Hubbard's
Ai! Pedrito!

Protect and Service by Mina Carter
Patrick Henry and the Frigate’s Keel: And Other Stories of a Young Nation by Howard Fast
That's (Not Exactly) Amore by Tracey Bateman
Homeless Heart by JC Szot
The Scarlet Letters by Louis Auchincloss
To Love A Witch (A Novel Nibbles title) by Debora Geary
Heat by Smith, R. Lee
Desired by the Alpha (Wolf Destiny Book 1) by Violet Ray
The Villain’s Daughter by Roberta Kray
Daffodils in Spring by Pamela Morsi
Our partner