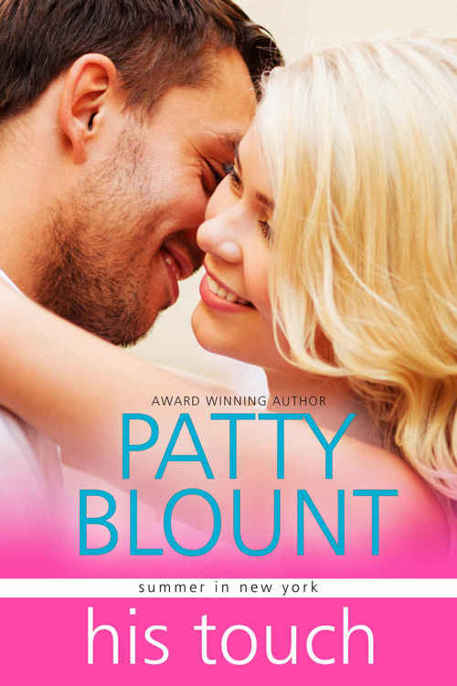 A Summer in New York series

For Jeannie Moon, who ignited the spark.

Excerpt from A Match Made at Christmas

The Summer in New York Series

In February, 2015, I lost a job I’d held—and enjoyed—for the last fourteen years. I was unprepared for the emotions that attacked immediately after. I felt betrayed. Depressed and anxious. Abandoned and worthless. And yes, I felt stupid, too. A week later, I suffered personal losses in the deaths of a beloved coworker and my godfather barely two days apart. And the final indignity was having to resign my position on a non-profit board to which I’ve devoted a tremendous amount of time and energy after my skills came under attack.

February was a dark time for me. I spent days not bothering to even leave my bed. There was no point.

But I have some wonderful friends and family in my life who wouldn’t let me wallow in my private pity party. There was a deadline, you see. So I bought myself a new laptop with my final paycheck and started writing the story in your hands right now.

It saved me. It pulled me out of bed each morning. It
drove
me and kept me sane, focused and yes… hopeful. (Nadia’s name has real meaning to me, too.) I’d suffered a kick—hell, several of them—to the gut, but writing this story gave me one tiny thread of confidence to clutch… confidence that there was indeed something I could still do
right
.

I hope after reading it, you’ll think so, too.

“M
others are all
slightly insane
.”

The quote from a book she couldn’t quite remember popped into Kara Larsen’s head, riding the sound wave of a crash that rocked the floor beneath her feet. For a split second, she froze, waiting for her daughter’s cries. When none came, she leaped from the shower and darted across the hall to her daughter’s room, and found her precious bundle of energy surrounded by the toys from her toy box.

Every single one of them.

With a loud sigh, Kara clutched the door frame as the adrenalin surge left her knees weak and her heart galloping. With a silent prayer of gratitude that her daughter wasn’t hurt, she turned back for the bathroom but Nadia spotted her, held out her arms and said, “Ma.”

Kara grinned and shook her head. “Not yet, Milk Dud. Mommy has to get dressed first.” And maybe, just maybe, swallow a few gulps of coffee.

“Ma!” Nadia struggled to her feet, toddled to the safety gate that kept her securely in her baby-proofed room and lifted wounded blue eyes to her mother’s.

“In a few minutes, my girl. In a few minutes.” Kara ran a hand over her daughter’s honey-brown curls and bent down to kiss those pudgy cheeks only to get clobbered by Nadia’s toy telephone. Kara only just managed to catch it before it careened into a framed portrait of her parents hanging on the opposite wall.

Catch. Catcher. “Right.
Catcher in the Rye
.” Kara snapped her fingers. That’s where that quote had come from. Nadia paused in her room-destroying efforts, enthralled by the sound of Kara’s fingers snapping. She pointed to her mother’s hand and held up her own, perplexed by her little fingers’ silence.

Uh oh, Kara thought. Nadia got impatient with her tiny body’s inability to do the things her mind wanted it to do. “Where’s your Teddy?” When Nadia turned and waddled toward her stuffed bear—who was currently lying face first under the crib—Kara said another prayer of gratitude to whoever had invented distraction as a parenting technique and beat a hasty retreat to the bathroom to dry off. She was running extremely late this morning and not for the first time, reminded herself to shower at night when her baby girl was asleep.

Mornings were not Nadia’s thing.

Then again, neither were nights. The baby had woken up twice last night for no apparent reason. She wasn’t sick, hungry, or wet and Kara dearly hoped it was a passing phase. She couldn’t function on so little sleep. If she didn’t get coffee in the next ten minutes, she was going to start throwing toys around, too. Oh, who was she kidding? She had no time for tantrums. She was due at a client’s downtown office at two o’clock, still had to get dressed, still had to dress Nadia, and still had to make that damn coffee. Then, it was off to a safety course at the fire house, followed by a quick dash into a department store to buy a gift.

“Ma!” Another toy crashed into the wall outside Nadia’s door.

“Good girl.” While her daughter sang, she dressed quickly in a pair of black slacks and a silk tank in bright turquoise and topped it with a soft white cardigan.

White was
so
not a good idea. She shrugged it off, folded it up and put it in her bag. She stuffed a long gold chain into her pocket and fastened tiny studs in her ears—Nadia liked to pull on her jewelry. In the mirror above her dresser, she faced her reflection and tried not to sigh about the bags under her eyes. She dotted on concealer, flicked her eyelashes with a bit of mascara, dabbed her lips with some gloss and grabbed for her shoes.

It was only when she bent over that she noticed the towel still wrapped around her hair. She grabbed a can of mousse, sprayed a dollop into her palms, and scrunched it through her wet hair.

“Not bad,” she said, but not to her reflection. No, she said it to the alarm clock. She’d managed to get dressed in under ten minutes. BN—Before Nadia—it used to take her an hour to get ready. Steve used to complain bitterly about that.

Steve
. Her heart gave its customary twist whenever she thought of Nadia’s father but she quickly put that aside. There was no time in this morning’s routine for regrets. She’d cut her hair, streamlined her makeup routine, and changed her job. She’d done whatever she’d needed to do to make sure she had time for their daughter.

And it still wasn’t enough. Her whole life had become one extended juggling act. In the eighteen months since Nadia’s birth, she’d already had two nannies. The first had quit when Nadia was seven months old and the second, soon after she’d started walking. Okay, yes, Nadia was a little on the, ah…energetic side. And yes, she was prone to outbursts of temper. And she didn’t care for naps. Or bedtime. But she was a bright, beautiful, perfect little girl who—

“Ma!” Another toy hit the wall—this time, her farm animals
See N Say
. It bounced and let out an off-key
moo.

Kara smiled. Nadia was a bright, beautiful, perfect little girl who ruled her world with pudgy hands and sticky kisses. If that was insane, Kara wouldn’t trade a second of it.

Another glance at the clock had Kara frowning. Beth was late. She was supposed to have arrived fifteen minutes ago. On cue, the front door buzz rang. Kara sighed in relief. Beth had a key; she didn’t need to let her in. Kara hurried back to Nadia’s room, stepped over the gate, and snatched her little bundle of energy into her arms. “What should we wear today, Milk Dud? A pretty dress?” Together, they peered through the tiny outfits in the closet. “This?”

Nadia shook her head, sending honey-colored curls flying. “Dis!” She lunged for a purple outfit Aunt Elena had bought her and Kara laughed.

“Okay.” Kara took the hanger off the rod and carefully put Nadia on the changing table, peeled off her pajamas and soggy diaper, and started another chorus of
Sweet Caroline.

“Good morning!” Beth’s voice greeted them from the other side of the gate.

“Hi, Nadia.” Beth’s smile widened and gave Kara a sense of relief. Beth Chapman had come to them via recommendation from the previous nanny. A tall thin woman in her early twenties, Beth was attending college at night—studying child psychology, which was certainly a plus in Kara’s eyes—and not currently dating anybody, which was another plus. Beth stepped over the gate, pulling her long dark hair into a ponytail elastic. “Bad night?” She asked Kara.

“I’ll call you if I spy any symptoms.”

The baby clapped her hands.

Kara grabbed the baby brush and tried to tame her daughter’s curls, but Nadia’s hair wasn’t quite long enough to pull up into elastics. The best she could do was fasten a Velcro clip in it to keep a curl from blocking her bright blue eyes.

Kara winced. “She had a cup of milk when we woke up, but I haven’t had time for food.”

Beth nodded and held out her arms. “Okay. How about scrambled eggs?” The suggestion seemed to please Nadia, who let out an eardrum-shattering scream.

While Beth took Nadia to the apartment’s galley kitchen, Kara hurried around the apartment, tossing all the toys back in their toy box, disposing of the dirty diaper, and gathering her laptop and files. She grabbed her phone from its charging station and hastily checked her schedule.

“Okay, today’s a light day,” she began as Beth fastened Nadia into her high chair and spread some Cheerios on the tray. “CPR class at the fire station, then I’ll head to the office for two client meetings this afternoon. I’ll be home by four.”

“Oh, right,” Beth grinned. “Hot firefighters. Maybe one will get your temperature up?” With one hand, she cracked eggs into a bowl and beat them with a fork.

Kara rolled her eyes. “Yeah, right.” Like she had time for guys and dating and all the messy emotions that went along with that.

“Gah!” Nadia pounded her tray, sent Cheerios flying. Beth swirled butter into a frying pan while Kara picked up the cereal. When she tossed the handful of oats into the trash and caught sight of the oven clock, she calculated she’d have just enough time to stop for coffee and still make it to the fire station in time for class if she left this minute.

“Ma!” Nadia held up both arms and Kara melted. She leaned in for one of her daughter’s sticky kisses and tight hugs and shut her eyes. She would go without coffee.

Grace Remix by Paul Ellis
The China Study by T. Colin Campbell, Thomas M. Campbell
The Nightingale by Kristin Hannah
Reunited with Her Italian Ex by Lucy Gordon
Sentinel by Matthew Dunn
My Trip Down the Pink Carpet by Leslie Jordan
The Last Magazine: A Novel by Michael Hastings
Flamethrower by Maggie Estep
Kill Me If You Can by James Patterson
Brushed by Lionne, Stal
Our partner