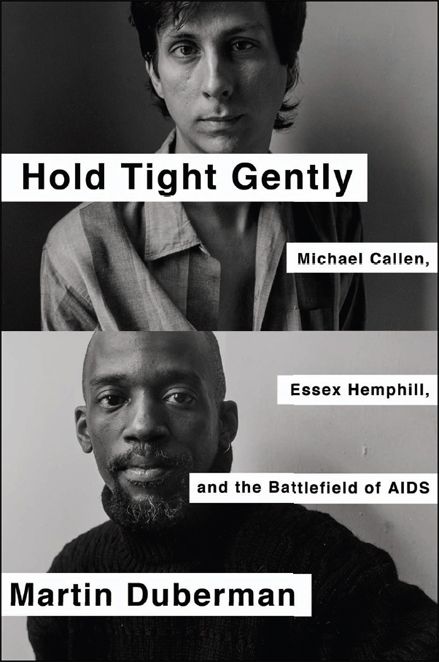 Howard Zinn: A Life on the Left

The Radical Lives of Barbara Deming and David McReynolds

The Worlds of Lincoln Kirstein

Hidden from History: Reclaiming the Gay and Lesbian Past
(co-editor)

About Time: Exploring the Gay Past

Black Mountain: An Exploration in Community

and the Battlefield of AIDS

No part of this book may be reproduced, in any form, without written permission from the publisher.

Requests for permission to reproduce selections from this book should be mailed to: Permissions Department, The New Press, 120 Wall Street, 31st floor, New York, NY 10005.

Published in the United States by The New Press, New York, 2014

The New Press publishes books that promote and enrich public discussion and understanding of the issues vital to our democracy and to a more equitable world. These books are made possible by the enthusiasm of our readers; the support of a committed group of donors, large and small; the collaboration of our many partners in the independent media and the not-for-profit sector; booksellers, who often hand-sell New Press books; librarians; and above all by our authors.

This book was set in Janson Text

To the memory of those lost to AIDS

There’s a certain slant of light,

Heavenly hurt it gives us;

We can find no scar,

Since the midnineties, public concern in the United States about the AIDS pandemic has continued to decline, even as the disease continues to spread. The number of Americans who consider AIDS the most urgent health problem facing the nation dropped from 44 percent in 1995 to 6 percent in 2009. One reason, surely, is that AIDS has become less and less a white disease and more and more a disease associated with people of color. Globally, fewer than half the people afflicted with AIDS are receiving treatment, and in light of recent budget cuts reducing AIDS expenditures, that number is likely to decline further. Even in the most “developed” countries, suppression of HIV through antiretroviral medication remains incompletely effective.

In its most recent (May 2012) report, with data through 2009, the Centers for Disease Control (CDC) shows a vast disparity of new infections among racial-ethnic groups in the United States. Though African Americans make up only 12 percent of the population, black men who sleep with men account for 45 percent of new AIDS diagnoses. This is despite the fact that young gay black men have fewer partners, less unprotected sex, and lower rates of recreational drug use than other gay men. Some Latino men who sleep with men—who made up 20 percent of new AIDS diagnoses in 2009—like some African American men do not primarily self-identify as gay (not least because
many consider “gay” a white term). Those who sleep with women as well as men help to account—especially in hot-spot cities such as Washington, D.C.—for the recent realization that new HIV and AIDs cases among African American women are now comparable to rates for women in sub-Saharan Africa. Infection rates continue to rise among white gay men as well, but the mortality rates aren’t comparable: the proportion of deaths among whites (and especially among those with high levels of education—and the income and access that follow) has declined, but HIV and AIDS among men and women of color in the United States of all sexual preferences continues to skyrocket, especially among lower-income populations. African American women are now dying at fifteen times the rate white women do. Self-identified gay men of all colors, however, are still fifty times more likely to contract AIDS than any other demographic group.

One would expect to find mainstream LGBT organizations and spokespeople still vociferously active in pressuring pharmaceutical companies and researchers to come up with better treatments and preventative strategies, and governmental agencies—the CDC, the National Institutes of Health—offering greater services to those already ill. But that isn’t the case. The sense of urgency
among gay people themselves
is seemingly gone; a portion of the new generation dislikes using condoms for safer sex and tells itself that with the advent of protease inhibitors, AIDS is now a “manageable” disease. It is, for those who can afford and who can tolerate the medications, though no one knows how long they’ll remain effective and what secondary damage they’re doing along the way; for some people the drugs don’t work at all, for others only briefly.

The older generations of white gay men who have physically survived the epidemic have buried their dead—and to a regrettable degree, their heads in the sand. As the longtime AIDS journalist John-Manuel Andriote has put it, the “traditional donors—middle-class and affluent white gay men—have ‘moved on’ since they can now get their HIV-related medical care from their private physicians. . . . The old ACT UP slogan of ‘Silence = Death’ still holds, if by ‘silence’ we mean withholding of support.” Since the midnineties the mainstream gay agenda has demoted AIDS from its top priority and replaced it with what those of us on the left call the assimilationist items of legal matrimony and the “patriotic” right to serve openly in the armed forces.

In Africa, AIDS is primarily a heterosexual phenomenon, but in the United States it remains a profoundly gay one, with poor, young, nonwhite men disproportionately impacted—though children, intravenous drug users, and heterosexual women are hardly immune. But self-identified gay men in the United States do still make up 48 percent of the 1 million people currently living with AIDS. We haven’t even reached the point where the annual increase in gay male patients being treated exceeds the number of gay men being newly infected.

My hope is that this book will shed additional light on our current approach to AIDS by scrutinizing more closely the earlier years (1981–95) of the epidemic, and in particular the pre–ACT UP (1987) period. I’ve chosen to tell this story through the lives of two gay men, the singer and activist Michael (Mike) Callen and the poet and cultural worker Essex Hemphill. The two never met and had little in common. Mike was a white midwesterner who came to New York City after college to pursue a singing career. Essex was an African American gay man who grew up in Washington, D.C., and knew early that he wanted to become a writer, and specifically a poet.

Both men were diagnosed with AIDS early in the epidemic. Mike became a leading maverick in the organized efforts to fight the disease as one of the earliest originators of “safe sex” and the People with AIDS Self-Empowerment Movement. Essex largely avoided the white-dominated public protest campaign, primarily devoting himself to participating in and fostering the black gay male and lesbian cultural flowering in the 1980s now widely referred to as the “second Harlem Renaissance.” The experience of the AIDS epidemic was in critical ways dissimilar for the white gay community and the black gay one, and that distinction is one of the major themes of this book.

I knew both Mike and Essex, though only slightly. What I did know, I admired greatly—and I wanted to know more. I viewed Mike as an undersung hero of the AIDS protest movement and Essex as an undersung poet of major importance in black cultural circles. In Mike Callen’s case, the search for previously unknown material proved comparatively easy: not only did he have a temperament frank to the point of transparency—or, in the eyes of his detractors, to a fault—but he left behind a very large archive of letters, speeches, diary notes, organizational materials, and—as a performer and songwriter—lots of music.

Telling Essex Hemphill’s story proved more difficult. He left behind one published collection of poems; an anthology that he edited of writings by black gay men; appearances in Marlon Riggs’ and Isaac Julien’s films; and a smattering of correspondence, much of which remains in private hands. At the end of his life, Essex told a number of close friends that he wanted his papers to go to the Schomburg Center, the branch of the New York Public Library devoted to black culture. But they never arrived. My own polite letters of inquiry to Essex’s mother, Mantalene, went unanswered. However, she did, some fifteen years ago, send a batch of his letters and manuscripts to his literary agent, Frances Goldin. Luckily, I know Frances well; she generously gave me full access to the material, which it turns out includes the manuscript of Essex’s unpublished and presumed lost novel in progress, “Standing in the Gap.” I’ve quoted from portions of this treasure trove throughout the book. To further fill out Essex’s story, I’ve conducted lengthy interviews with many of his close friends and have also been given access to letters and other materials in private hands.

Waking Storms by Sarah Porter
The Mexican Slow Cooker: Recipes for Mole, Enchiladas, Carnitas, Chile Verde Pork, and More Favorites by Schneider, Deborah
This Life: A Novel by Maryann Reid
Do You Want to Know a Secret? by Mary Jane Clark
After All These Years by Sally John
Mogul by Ginger Voight
Candlenight by Phil Rickman
The Mammoth Book of Frankenstein (Mammoth Books) by Stephen Jones
Swallow the Air by Tara June Winch
Jingle Spells by Vicki Lewis Thompson
Our partner