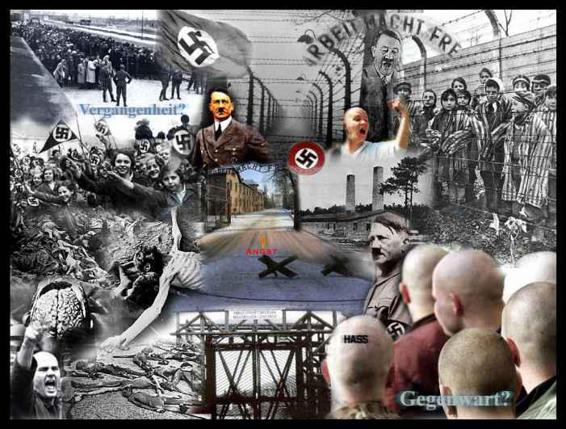 Chapter 2 - Who Were the Others - the Non-Jewish Victims? 10

Jehovah Witnesses - For Their Religious Beliefs - They Stood Firm 12

Rom Gypsies - Executed for Their Race 13

The Disabled - Put to Death Like Cats and Dogs 14

Nazi Resisters from All Nations - Men, Women and Children 14

Chapter 3 - Resistance Fighter from the Underground 16

Chapter 10 - Righteous Gentiles - Heroes and Heroines of the Holocaust 36

Chapter 12 - She Hid Jews in a German Officer's Mansion 39

Chapter 14 - Dutch Doctor and Member of the Underground 44

Chapter 15 - The Legacy for the Next Generation 45

Even though this book has been written, edited and published by the author, some of the stories were contributed by individuals who submitted manuscripts for inclusion.

Cover created by and copyrighted of Felix Stolhmann
2012

Every semester, I ask my university students, "What was the first and last group of people the Nazis mass murdered?" They are confident of their reply. "The Jews," they say, without hesitation. Some, adopting an air that indicates that they imagine themselves privy to information others lack, report "Homosexuals," or "Communists." No one ever gets it correct. I ask others, as well, including the PhDs among my colleagues. They don't know, either. The first and last group that the Nazis murdered was handicapped people. When I tell my interlocutors this, they are shocked. They assume I am wrong. They promise me that they will Google this question. How could they be so misinformed about something so important?

It makes perfect sense for the Nazis to have mass murdered handicapped people first and last. That mass murder is entirely in line with Nazi ideology. The Nazis, as Richard Weikart demonstrated in "Hitler's Ethic: The Nazi Pursuit of Evolutionary Progress," founded their genocides on a consistent ethic. Their ethic was inspired by atheism, neo-Paganism, and Scientific Racism. Their ethic was voiced before Hitler ever rose to power, by the Scientific Racists in the U.S. who reacted with horror to new, undesirable, peasant immigrants from places like Poland and Italy.

We need to understand Nazism, and we will not do so until as many people who know the number "six million" also know the number "five million." We need to know that the five million were not killed "by accident" but very much in line with Nazi ideology. It is difficult to penetrate this thicket of hostility to the story of the Nazi victimization of non-Jews, but Terese Pencak Schwartz has done so, admirably. Terese Pencak Schwartz is a heroine in this battle for truth and understanding. Her success is to every one's benefit; without the kind of information that she insists on presenting, we cannot begin to understand what we do know of the Nazis, or of the Holocaust.

Dedicated to all the victims and their families, but especially to those that helped save a life during the Holocaust.

In addition to the contributors who have allowed me to include their stories in this book, there have been many others whose efforts and encouragement made this work possible including: Prof. Dr. Zdzislaw P. Wesolowski, Rabbi Harold M. Schulweis, Edward Lucaire, Stefan Korbonski, Richard C. Lukas, Robert Strybel, and my mother, Ewa Pencak.

Raised by parents who had survived the Holocaust, I heard many stories about the atrocities of this World War II horror. I learned how one of my family's homes in Poland was burned to the ground by Nazis. I learned that my uncle was shot in the head by Nazi soldiers because his family was hiding a Jewish woman. Painful as it was for them to speak about it, my parents [Frank and Ewa Pencak] felt it was important that I knew the stories of the Holocaust.

It was only after I moved to the Los Angeles area several years ago that I realized that many people were not aware that millions of victims of the Holocaust were not Jewish. Outside the Polish community, I heard very little mention about the five million non-Jewish victims -- usually referred to as "the others".

Whenever I mentioned that my parents were survivors of the Holocaust, people would look at me oddly and say, "Oh, I didn't know you were Jewish?" I realized that most people were not aware of any other Holocaust victims except Jews.

I am Jewish. I converted in 1978 after studying at the University of Judaism one year before marrying a Jewish man. I belonged to a temple where my daughter attended religious school. I love the Jewish religion and I admire the Jewish community. In no way do I want to diminish the enormous magnitude of the victimization and murder of the 5,860,000 Jewish people. The Jews were singled out by the Nazis for total extermination -- a significant fact that I do not repudiate, nor want to diminish in any way. The Jewish people have done an extraordinary job of making the younger generation around the world aware of their persecution and the immense tragedy of the Holocaust.

But what about "the others"? There were five million of them. Who were they? Whose children, whose mothers and fathers were they? How could five million human beings have been killed and forgotten?

After studying carefully-documented books, and interviewing non-Jewish survivors, I found more information about the five million forgotten than I had ever imagined -- information that most people are not aware of. Polish citizens suffered enormously during the Holocaust -- Jews and non-Jews.

While there is no argument that Hitler abhorred the Jews and caused almost six million to be ruthlessly killed, often non-Jewish victims are tragically forgotten from Holocaust remembrances. Eleven million precious human lives were lost during the Holocaust. Five million of these were non-Jewish. Three million were Polish Christians and Catholics. It would be very sad to forget even one precious life extinguished so ruthlessly. It would be a tragedy to forget five million.

Chapter 2 - Who Were the Others - the Non-Jewish Victims?

First we need to examine Hitler's egocentric and maniac ideology. Hitler, who was Chancellor of Germany during the Holocaust, came to power in 1933 when Germany was experiencing severe economic hardship. Hitler promised the Germans that he would bring them prosperity and that his military actions would restore Germany to a position of power in Europe.

Hitler had a vision of a Master Race of Aryans that would control Europe. He used very powerful propaganda techniques to convince not only the German people, but countless others, that if they eliminated the people who stood in their way and the degenerates and racially inferior, they - the great Germans would prosper.

Hitler's first target was Germany's closest neighbor to the east, Poland, an agricultural country with little military power. Hitler attacked Poland from three directions on September 1, 1939 and in just over one month; Poland surrendered -- unable to defend itself against the powerful German prowess.

"All Poles will disappear from the world.... It is essential that the great German people should consider it as its major task to destroy all Poles."
Heinrich Himmler 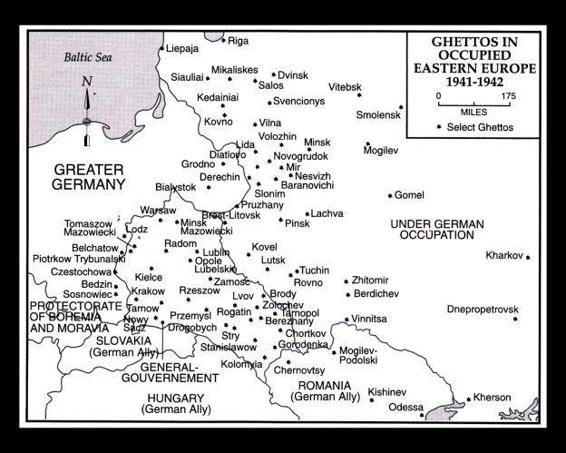 In Poland, Hitler saw an agricultural land in close proximity to Germany, populated by modest but strong and healthy farmers. Hitler quickly took control of Poland by specifically wiping out the Polish leading class -- the Intelligentsia. During the next few years, millions of other Polish citizens were rounded up and either placed in slave labor for German farmers and factories or taken to concentration camps where many were either starved and worked to death or used for scientific experiments.

The Jews in Poland were forced inside ghettos, but the non-Jews were made prisoners inside their own country. No one was allowed out. Many Polish men were forced to wear a patch with the letter "P" - much like the Star of David patches that their Jewish neighbors wore.