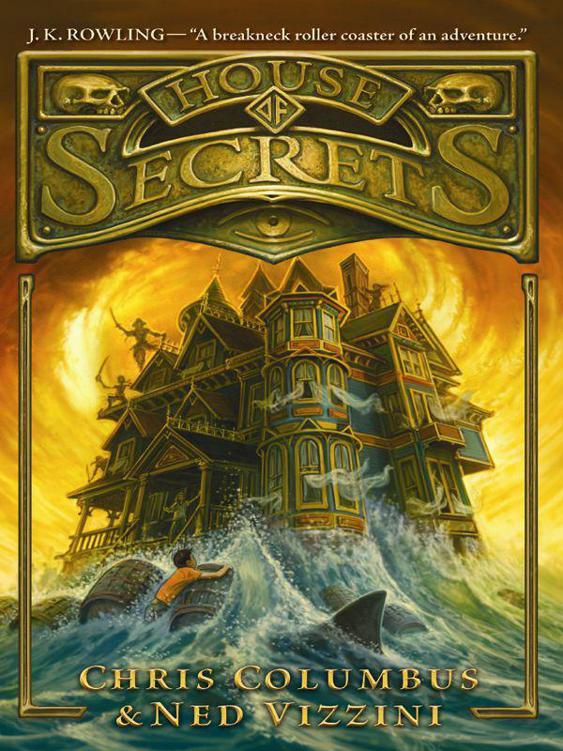 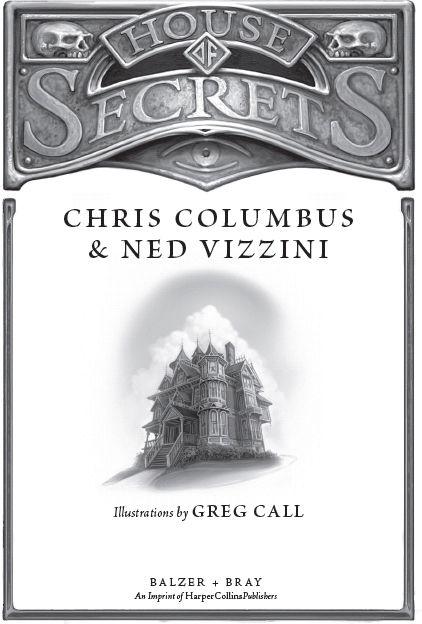 For Monica,
whose love of books and reading inspired this adventure

For my son, Felix,
whom I trust will enjoy this one day

B
rendan Walker knew the house was going to be terrible.

The first tip-off was the super-cheerful tone the real estate agent, Diane Dobson, used with his mother.

“It’s
truly
the most
amazing
house, Mrs. Walker,” Diane chirped on speaker. “The perfect place for a sophisticated family like yours. And it’s just gone through a major price reduction.”

“Where is this house?” Brendan asked. Age twelve, he sat next to his older sister, Cordelia, playing
Uncharted
on his much-loved PSP. He sported his favorite grass-stained blue lacrosse jersey, torn jeans, and weathered high-tops.

“I’m sorry, who is that?” Diane asked from the dashboard of the car, where an iPhone sat in a holster.

“I’m talking with the whole Walker family! What a treat. Well,
Brendan
”—Diane sounded as if she expected to be commended for remembering his name—“the house is located at One twenty-eight Sea Cliff Avenue, among a stately collection of homes owned by prominent San Franciscans.”

“With whom am I speaking now?” Diane asked.

With whom? Seriously?
Cordelia thought—but the truth was she also used “whom” in her more intellectual moments.

“What a pretty name!”

Don’t “pretty name” me,
Cordelia wanted to say, but as the eldest she was better than Brendan at being tactful. She was a tall, wispy girl with delicate features that she hid behind dirty-blond bangs. “Diane, my family has been looking for a new house for the last month, and in that time I’ve learned that real estate agents speak in what I call ‘coded language.’”

“Excuse me, but what does that mean, ‘I’m sure I don’t know’?” piped up Eleanor, age eight. She had sharp eyes, a small, precise nose, and long, curly hair, the same color as her sister’s, that sometimes had gum and leaves in it, if she’d been adventurous that day. She tended to be quiet except in moments when she wasn’t supposed to be quiet, which was what Brendan and Cordelia loved most about her. “How can you be sure if you don’t know?”

Cordelia gave her sister an appreciative nod and continued: “I mean that when real estate agents say ‘charming,’ Diane, they mean ‘small.’ When they say ‘rustic,’ they mean ‘located in a habitat for bears.’ ‘Woodsy’ means ‘termite infested.’ . . . ‘Jewel,’ I don’t even know . . . I assume ‘squat.’”

“Deal, stop being a tool,” grumbled Brendan, glued to his screen, irritated that he hadn’t thought up that line of reasoning himself.

Cordelia rolled her eyes and went on. “Diane, are you about to show my family a small, termite-infested squat located in a bear habitat?”

Diane sighed over speaker. “How old is she?”

Brendan reached over from the backseat and ended the call.

“I’m just trying to save our family some embarrassment.”

“But Ms. Dobson was about to tell us about the house!”

“We already know what the house is gonna be like. Like every other house we can afford: bad.”

“I have to agree,” Cordelia said. “And you know how much it hurts me to agree with Bren.”

“You love agreeing with me,” Brendan mumbled, “because that’s when you know you’re right.”

Cordelia laughed, which made Brendan smile despite himself.

“Kids, let’s try to be positive about the house,” said Dr. Walker. “Sea Cliff is Sea Cliff. We’re talking unobstructed views of the Golden Gate. I want to see it, and I want to know about that ‘reduced’ price. What was the address?”

“One twenty-eight,” Brendan said without looking up. He had an eerie ability to remember things; it came from memorizing sports plays and game cheats. His parents joked that he would end up a lawyer because of it (and because he was so good at arguing), but Brendan didn’t want to end up a lawyer. He wanted to end up a 49er or a Giant. 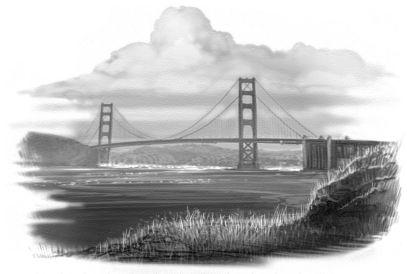 “Plug it into my phone, will you?” Dr. Walker waved the phone in front of Brendan while he drove.

“Nobody’s talking to you, Deal,” said Brendan. “Could you guys just leave me alone, please?”

“You’re already practically alone,” said Cordelia. “You always have your head buried in your stupid games, and then you get out of going to dinner with us because of lacrosse practice, and you refuse to go on trips . . . it’s like you don’t even want to be part of this family.”

“You
are
a genius,” said Brendan. “You guessed my secret.”

Eleanor swooped in, grabbed the phone, and plugged in the address—but she did it backward, putting the street in first and then the number. Cordelia started to give Brendan a nasty retort but reminded herself he was in that “awkward” stage for boys, the stage where you were supposed to say horribly sarcastic things because you looked so gawky.

It was the house that was the real problem. Even Eleanor was suspicious of it now. It was going to be old enough for people to have died in. It was going to be falling apart and have crooked shutters and a layer of dirt an inch thick and an overgrown tree out in front and a bunch of snoopy neighbors who were going to look at the Walkers and whisper, “Here are the suckers who are finally gonna buy this thing.”

But what could they do? At eight, twelve, and fifteen, Eleanor, Brendan, and Cordelia were each absolutely sure that they were at the worst possible age, the most powerless and unfair.

So Brendan gamed and Cordelia read and Eleanor fiddled with the GPS until they pulled up to 128 Sea Cliff Avenue. Then they looked out the window and their jaws dropped. They had never seen anything like it.

S
ea Cliff was a neighborhood of mansions on hills, most built right up against the sunny street with its row of young trees trimmed into perfect leafy spheres. But the house the Walkers were looking at was set back, perched at the edge of the cliff from which the neighborhood took its name, so far back that Brendan wondered if it was half supported by stilts. An expanse of emerald lawn buffered it from the street, with three wide pine trees that kept the grass in shadow. The house itself had gold and tan trim accenting the royal blue that wrapped around its slatted sides. An impeccably groomed pebbled path slalomed through the trees to the front door.

Take No Farewell - Retail by Robert Goddard
The Kite Runner by Khaled Hosseini
An Almost Perfect Thing by Nicole Moeller
Philippa Fisher and the Fairy's Promise by Liz Kessler
It Begins with a Kiss by Eileen Dreyer
Circe's Recruits 3: Derrick by Marie Harte
Malinche by Laura Esquivel
Lives of Girls and Women by Alice Munro
The Puppy That Came for Christmas by Megan Rix
Rebel Roused (Untamed #5) by Victoria Green, Jinsey Reese
Our partner