Read How to Be Danish: A Journey to the Cultural Heart of Denmark Online

How to Be Danish: A Journey to the Cultural Heart of Denmark 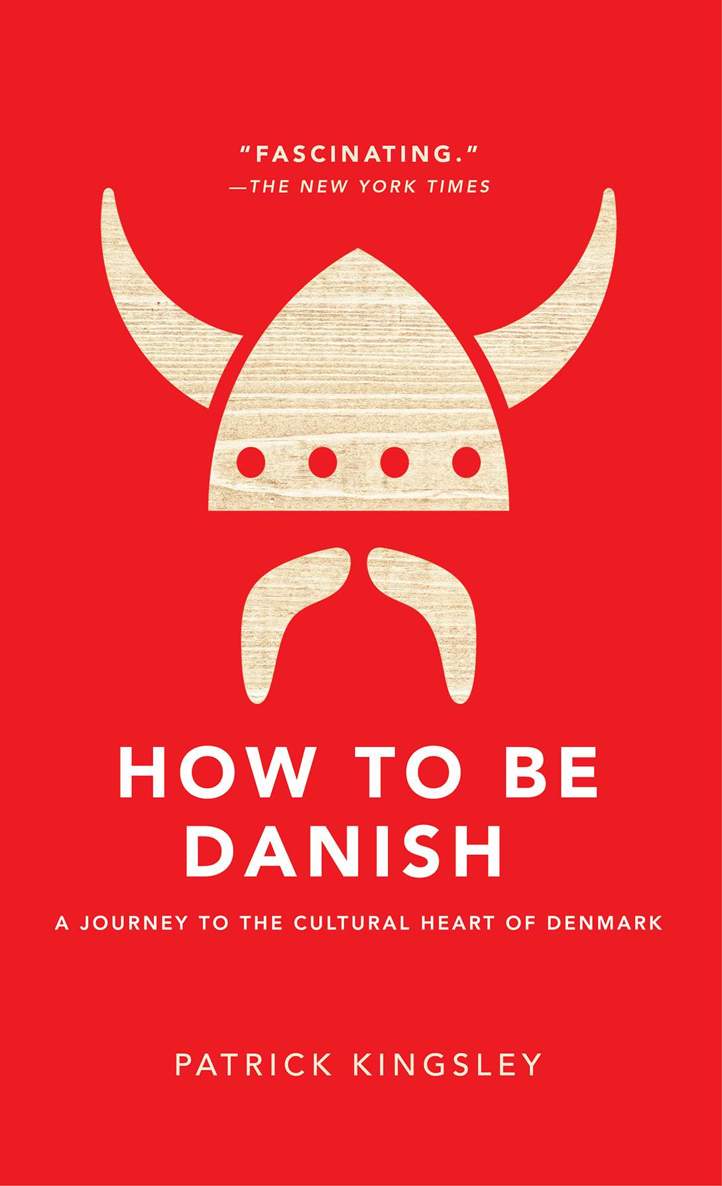 4. Poor Carina:
the problem at the heart of the welfare state

5. Being Danish:
the immigrant’s dilemma

There was a point early in 2012 when it felt as if you couldn’t open a British newspaper or magazine without reading something about Denmark. We read that the Danes are the happiest people in the world – the UN said so. There were paeans to BBC4’s cult Danish dramas – not just
The Killing
, but
Borgen
and
The Bridge
, which was watched by over a million people in Britain. There were interviews with Helle Thorning-Schmidt, Denmark’s first female prime minister, and reams of writing about Noma, named the world’s best restaurant for the third year in a row. For the first half of 2012, the Danes were the presidents of the EU, which gave them even greater exposure. We heard eulogies to their utopian welfare state, their unrivalled cycling culture and their commitment to environmentalism. Some of us remembered Denmark for the Muhammed cartoons crisis of 2006. The rest of us donned as many layers as we could of Danish knitwear. In short, Scandi fever – or perhaps more accurately,
Danish delirium – gripped the nation. Or parts of it, anyway.

In one sense,
How to be Danish
is yet another drop in the deluge. In another, it’s an attempt to connect the dots between some of the different puddles. Part reportage, part travelogue, it can’t be the definitive book about Danish life. But using shows like
The Killing
as a starting point, it will hopefully provide a wider context to the bits of Denmark that over the past few years have intrigued some of us in Britain – an accessible panorama of contemporary Danish life, written from an English perspective. In spring 2012, I spent a month in Denmark, travelling from the cycling lanes of Copenhagen to the windmills of west Jutland. I visited the set of
The Killing
, the test labs of the New Nordic kitchen and the place that’s said to be the happiest town in the world. I poked around mosques and schools, churches and farms – and a remote little island where some grizzled farmers have created the world’s most unlikely eco-haven. I interviewed over 70 Danes – most of them fascinating, a few of them dull; many of them in the public eye, but some not. I bounced from actors to designers, chefs to architects, journalists, politicians, students, imams, refugees – feeling my way as I went. I met the people who created Sarah Lund, the man who founded Noma, and the woman who knitted
that
jumper. This book is a stab at creating a narrative from some of those encounters. It is not – in case anyone has read too much into the title – a serious tutorial on how, actually, to be Danish. Most countries are impenetrable to outsiders,
but some – like, perhaps, America – have a national identity that is at least semi-permeable to newcomers. Denmark is not yet one of them.

Four per cent of Danes are called Hansen. According to some estimates, just 3% are Muslim: it is still a fairly homogenous country. For reasons that will hopefully become clear in later chapters, Danishness is still something that can only really be achieved through a Danish upbringing – and definitely not from a short book like this. It’s a small place, Denmark. Many Danish micro-worlds bleed into others, and as a result it is hard to construct a thread about the country within clearly compartmentalised chapters. I’ve written eight. While each one is rooted in a single theme – respectively: education, food, design, politics, identity, Copenhagen, television, Jutland – they all often meander into other realms. The politics chapter begins with a discussion about the Danish language, but stick with it. The section on Copenhagen is also the story of Danish bicycles and architecture. Knitting creeps into the strand about television. The last chapter kicks off in Jutland, with some teenagers pissing against a wall, but ends up talking about windmills. All of them, though, can be read on their own.
God fornøjelse
!

“Everyone has to take part” – Else Mathiassen

It could be any old school disco. In the sports hall, the cool kids bounce around to loud music. In the playground, the shy ones look at their shoes, shivering. At some point, a young woman wrapped in an inflatable orange tube bursts from the sports hall and pinballs across the playground, aiming a large yellow water gun at all those who cross her path. This is the end-of-year party at Ingrid Jespersen High School – theme: “beach”; weather: Danish – but not all of those present share their classmate’s exuberance. It’s a cold night, and perhaps they regret obeying the Hawaiian dress code with quite such diligence.

Some feet away in the sports hall, a few hundred other sixth-formers are having a better time of it. Ringed with garlands of fake flowers, they bump to Rihanna, and Danish
artists like Kidd and Malk de Koijn. Every so often they’ll thrust their way towards the makeshift bar where their teachers – known, like all Danish teachers, by their first names – happily hand out pints of beer. In the corners, couples make out. People are merry, but not blotto. In a last hurrah before next week’s exams, most of them are having fun. Still, something makes me anxious. First up, I feel like I’ve been here before. Second: I keep thinking that something unspeakably evil is about to happen.

In a way, I’m partly right. I have been here before – at least, I’ve seen this place on screen. It’s the playground where they filmed the school scenes from the first season of
The Killing
. Much of the plot of the first few episodes revolves around what happens one night at a school disco – a disco, slightly disconcertingly, that is rather like this one. At first, you think a girl’s been kidnapped at the party. Then you think she’s been murdered in the basement. Finally, you suspect someone else has been raped – or, at the very least, filmed having group sex. I look around. Where’s the camera? Where’s the basement? Who’s the killer? But these aren’t the only questions I’m wrestling with. I came here tonight fascinated mostly by the school’s connections to Danish television. I’ve ended up just as intrigued by what the school says about the Danish education system, and, in fact, Denmark itself.

In a way, Ingrid Jespersen is not very representative of Denmark at all. It’s quite elitist, in fact. It’s a private school, it’s in a posh bit of Copenhagen and the offspring of three
very different, very high-profile politicians all go here – the daughter of the social democratic prime minister; the daughter of the leader of the Danish Lib Dems; and the grandchild of Pia Kjaersgaard, the one-time leader of – for want of a better comparison – the Danish equivalent of the BNP.

But as Rihanna throbs away in the background, one thing fascinates me. If this is a private school, why does the government subsidise around 80% of the school fees?

It’s sometimes claimed that Denmark is a classless society. While this is obviously a sizeable exaggeration – as the fictional prime minister in
Borgen
says, “It’s a myth that we’re all equal” – a lot of the state apparatus is nevertheless tilted towards lessening social divisions. The subsidy for private education is a good example of this. It’s given to all those who want to study privately in Denmark, and accordingly it shows you both how large the Danish state is – and how committed that state is to creating equality. True, the students at Ingrid Jespersen come, on the whole, from wealthier backgrounds than their counterparts at Danish state schools. But they also represent a far wider social range than those at an equivalent private school in Britain. Twelve hours before the disco got going, I spent the morning interviewing a class that was at the end of their second year of three at Ingrid Jespersen. Put your hands up, I said, if you would struggle to come here without the subsidy. Around half the class did – which tells its own story. “If my parents
had to pay for everything at this school, I couldn’t afford to come,” says one, an 18-year-old called Rasmus. Like many youngsters in Denmark, he speaks very precise, almost flawless English. “We don’t have that money. The state covers most of the expenses.” Naturally, places like this are still seen as elitist – but they don’t have quite the same stigma that they do in Britain, and they’re much more mixed.

The knock-on effect is that as a group the students are more grounded and more socially conscious than you’d expect their British equivalents to be. A while back, Class 2B went on an exchange to a private school in Scotland, which shall remain nameless. Put simply, they were shocked at the social divisions they came across there. “In Scotland, they mentioned 'working class’,” remembers Rasmus, sitting next to a shelf of test tubes. “In Denmark, of course we have that, but the difference is not very great. You can go from working class to upper class if you get a good job. And if you get an education you should be able to get a good job.” It also helps that the wage disparity between different jobs is not particularly large, which means that Danes are less snooty about what jobs people do. “I don’t look down upon any specific jobs,” says Rasmus. “If you left school at 16 and became a garbage man, it might pay almost as good as a doctor. It’s not easy, but you can do it.” Again, this is an exaggeration – but the broad gist is correct. Thanks to the strength of the Danish trade unions, a doctor earns on average only twice as much as a refuse collector, a judge only two and a half times more than a cleaner. According to the
Gini index, which measures income disparity, the gap between rich and poor in Denmark is currently the lowest in the world.