Read How To Build The Perfect Rake Online

How To Build The Perfect Rake 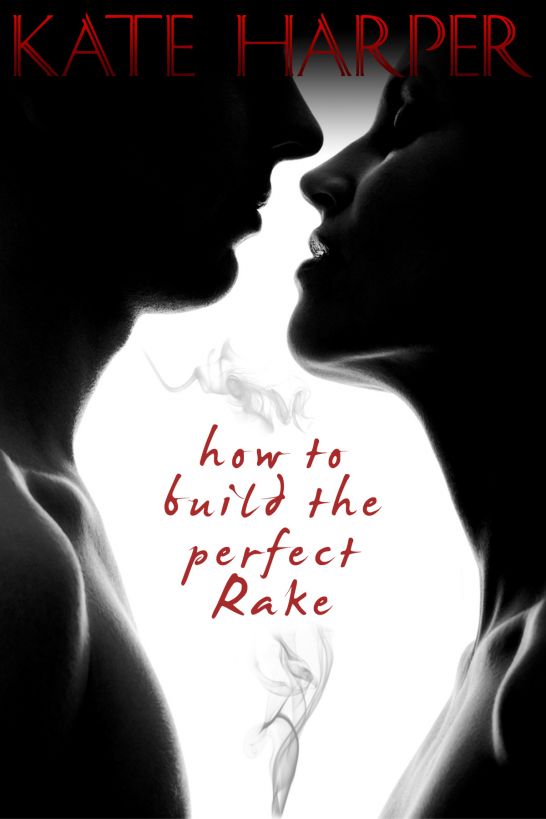 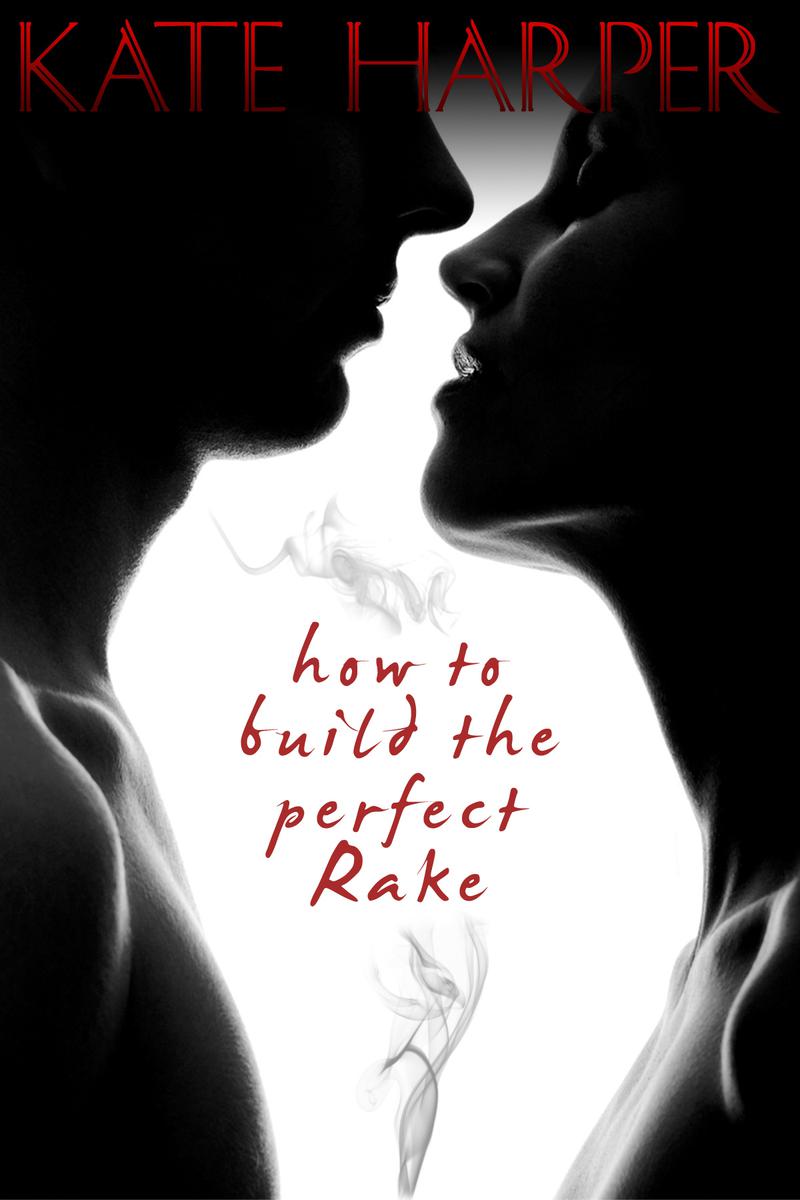 How To Build The Perfect
Rake

This
ebook is licensed for your personal enjoyment only. This ebook may
not be re-sold or given away to other people. If you would like to
share this book with another person, please purchase an additional
copy for each recipient. If you’re reading this book and did not
purchase it, or it was not purchased for your use only, then please
return to Smashwords.com and purchase your own copy. Thank you for
respecting the hard work of this author.

Olympia Grayson stuck her
head out to peer at the divine Carisse Houghton. ‘No. She’s talking
to Lord Plimpton. And Mr. Shackleton.
And
Mr. Andover who is wearing the
most astonishing shirt. Why, he can barely turn his head, his
collar is so high. Do look.’

Lucien St James shook his head. ‘I cannot.
She will think I’m looking at her.’

‘Well don’t look at her, look at Mr.
Andover. The man considers himself quite the dandy.’

‘Does Miss Houghton appear to be interested
in him?’

Olympia eyed Carisse Houghton but, as usual,
the girl appeared to be interested in nobody but herself. She was
the Season’s Beauty, a hit from the moment she glided forward to
meet the Prince of Wales who had goggled at her through his
quizzing glass forever and was later heard to ask who that ‘damned
fine filly’ was. Really, Olympia reflected, how could the girl be
anything but a hit?

‘Well does she appear to
be interested in
any
of them?’ Lucien demanded.

His companion rolled her eyes. She had known
Lucien for sixteen of her eighteen years and, with the familiarity
of a childhood friend, felt comfortable about telling him when he
was a fool. And as far as Carisse was concerned, that was most of
the time since he had come up to London.

‘Honestly Luc, just go and talk to the girl.
One more addition to her bevy of admirers isn’t going to make any
difference and you’ve as good a chance as any. You’re rolling in
green.’

Lucien, momentarily
distracted, eyed his childhood companion with disgust. ‘Rolling in
green? Where
do
you get these sayings?’

‘I have four brother’s. What do you
expect?’

‘Decorum. You have none.’

Olympia snorted, which rather proved his
point. ‘Oh please. I only say such things to you so it hardly
matters.’

‘Of course it matters. You are a young
lady.’

‘And you are full of fustian. Hovering
behind my skirts while you make sheep eyes at the ghastly Carisse.
I can’t image what you see in her.’ But she could, of course. The
same thing that every male saw in Miss Houghton. An angelic face,
hair the color of spun corn silk and the most melting blue eyes
imaginable. Carisse was one of those anomalies of nature; a
fantastically beautiful creature with the brains of a barnyard hen
and an ego that would rival the little emperor Bonaparte.

Not unexpectedly, Lucien
fired up at hearing his love vilified. ‘She is
not
ghastly! She is all that is good
and delightful.’

‘You are just jealous.’

‘Yes, I probably am.’ It did gall one to
know that the Season’s Beauty completely outshone everybody,
including the passably pretty girls who might reasonably be
expected to make a good match of it under normal circumstances. Of
course, they would get Carisse’s leavings but it certainly cast a
pall over the proceedings.

Her admission had a mollifying effect on
Lucien, who squeezed her arm. ‘You’ll find somebody nice, Ollie. I
know you will. Especially if you curb that tongue of yours.’ This
last observation was said with humorous resignation for he knew her
well enough to know how unlikely that was.

He was, she reflected, a
very nice young man. At the age of one and twenty his brown hair
flopped rather endearingly across his forehead, stubbornly
resisting his efforts to encourage it into a passable Brutus or
even the windswept look paraded around by much admired Corinthians.
He had pleasant features, amiable blue eyes and was lucky enough to
possess a good set of shoulders. No, Olympia reflected, eyeing him
thoughtfully. It wasn’t that Luc was at all ill favored. It was
just that he was so jolly
nice
. And obliging. And eager to
please. Rather like a puppy, in fact. Add these things to the fact
that he lacked self confidence and there you had it. A bumbling
young man who had nothing to recommend him to the pickier of women
but a seriously impressive income and a name that was far more
appealing that its owner. With over twenty thousand a year Lucien
St James could be expected to secure himself an excellent match.
Unfortunately the idiot’s eye had settled on the Incomparable,
Carisse Houghton, as more or less seventy-five percent of most
eligible males had done. One way or another, Luc was in for a
difficult time of it. If Carisse did actually consider him a
suitable suitor – and that was highly unlikely – then she would
only be interested in his money. It was equally unlikely she would
ever see the truly delightful man beneath. Sometimes Olympia
thought that even Luc himself did not see that man.

‘I suppose I might.
Carisse cannot marry
every
eligible man in England so surely there will be
some left over for the rest of us.’ Although she could certainly
distract a good few of them, Olympia reflected. She noted, with
interest, that one of England’s less eligible men was approaching
the fair Carisse. Lord Howe, a devilish rake if ever there was one,
had arrived. He was tall, he was saturnine and he was handsome in a
somewhat sullied way that suggested that his looks had been blurred
by an excess of wickedness and that he had enjoyed every moment of
it. ‘Oh look,’ she said sweetly, ‘the libertine approaches the
lamb. Will there be bloodshed, I wonder? The man has quite the
reputation as a hunter.’

‘What are you talking about?’ This comment
did have Luc turning around, peering towards the fascinating scene
that was unfolding to one side of the dance floor.

Carisse was staring at Lord Howe, an
arrested expression on her face. Olympia watched with interest as
the paragon gave him a smile, one that she actually seemed to
mean.

‘Well now,’ she murmured, ‘it appears that
the girl has a weakness for rakes.’

‘Nonsense1’ Lucien snapped. But even he
could see that Miss Houghton’s behavior had changed with the
arrival of the rake. She was suddenly preening, offering her hand
and fluttering her eyelashes. Lord Howe bowed over it, smiling in
return although there was something a little bit risqué in that
twist of the lips. They were not close enough to hear what was said
but Howe bent his head and Miss Houghton blushed, a pretty flush of
pink that looked most becoming of her.

‘It won’t last,’ Olympia predicted. ‘Her
mama will be along in a flash.’

Sure enough, Mrs. Houghton, who guarded her
lamb with the ferocity of a lioness, appeared on the scene within
moments and managed to whisk her beloved child off to safety, thus
sparing her any danger of being sullied by a man of the world.

‘She cannot really like him,’ Lucien said
doubtfully. ‘I mean, everybody knows the man’s reputation.’

‘A shocking flirt, a ruiner of reputations,
a wastrel and a bounder?’ Olympia enquired.

‘Or you
could
go with the
version that is bandied about the ladies boudoirs. A shocking
flirt, an excellent dancer, a delightful lover -’

She shrugged. ‘I am merely telling you what
the females think. Carisse is a female, even if she is a peculiar
one. And clearly, she has a preference for naughty men. Which you,’
she added, tapping her friend on the chest, ‘will never be.’

‘I could be naughty. That is to say… well, a
man can change. If Carisse wants somebody who is an out and out cad
then I’m sure I could satisfy,’ he said, voice lofty.

Olympia gave a peel of laughter, which
earned her quite a few glances. Some were disapproving but most
were tolerantly amused for Miss Grayson was very well liked. With a
sizeable dowry of her own, she was considered very likely to make
an excellent match of it for all that she did not have a blonde
hair (fair haired beauties being popular this Season). Olympia
managed to endear herself with her cheerful disposition and a
contagious smile and the general consensus was that she was a very
pleasant young lady. More than a few scheming mama’s had quietly
suggested to their sons that they could do worse than look in Miss
Grayson’s direction.

‘Dearest Luc, you could no more be naughty
than prance down Bond Street in a ball gown! That is one of the
nicest things about you; your sweet disposition.’

‘Sweet does not get me the attention of Miss
Houghton,’ Lucien replied glumly. ‘Honestly, Ollie, I’ll never
understand females. Why in the world do they want some reckless
fool when they could have a perfectly nice chap who is devoted to
them?’

‘It’s the challenge.
They
know
they
can have the nice men but they are not nearly so sure about the
wicked ones. If they can take a rake and reclaim him, or even have
him pine for her, then they have performed a kind of modern
miracle. All girls secretly want a man who makes their heart pound
because he’s a knave. They just want him to come home to dinner
every night.’

‘How ridiculous. What
about you?’ he demanded. ‘Do
you
want a rake?’

Olympia thought about this, small nose
wrinkling up a little as it often did when she was considering
something. ‘I don’t believe I do. The thing is, they seem to be
jolly hard work. Frankly I don’t know what I want in a man. A bit
of spice is always appealing, but not so much that you have to be
worried about him constantly chasing after other petticoats.’

Lucien looked down at the candid face of
what was probably his best friend. They had come from similar
situations, even if they were reversed. Olympia had four older
brothers and was the only daughter. He had three older sisters and
was the only son. And of course, practically living in each other’s
laps as they were growing up had certainly forged a bond between
them. But sometimes he despaired of her.

She grinned. ‘You know what I mean.’

‘Who should have taken you in hand years
ago.’

She gave a snort. ‘They could try, I suppose
but only Thad was ever silly enough to attempt it and we all know
about Thaddeus. But honestly, pay your address to the Houghton if
you are so smitten. She might not be too keen but I daresay her
mama and papa will be in raptures.’

‘I don’t want to impress her parents!’

‘I want to impress Miss
Houghton. I want to make her notice me. I want her to… to
want
me.’ He looked at
Olympia, half expecting her to mock him but she merely shook her
head.

‘What a fool you are. You could have a
perfectly nice girl yet you dangle after the silliest one of the
Season. Do you really want the harebrained creature? What on earth
would you talk about?’