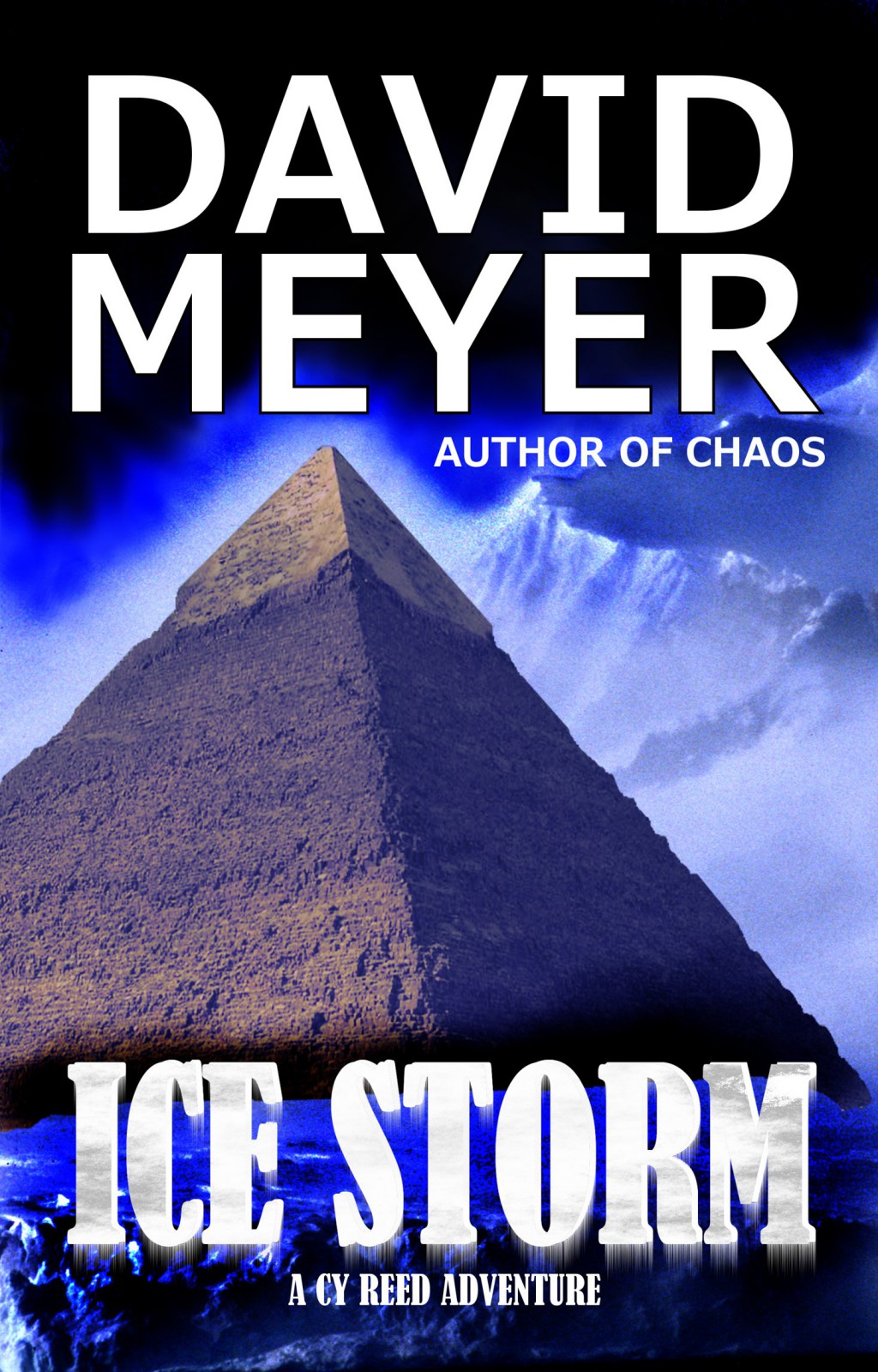 This book is a work of fiction. Names, places, characters, and incidents either are the product of the author’s imagination or are used fictitiously, and any resemblance to actual persons, living or dead, business establishments, events, or locales, is entirely coincidental.

No part of this book may be reproduced or transmitted in any form or by any means, electronic or mechanical, including photocopying, scanning, uploading, recording, or by information storage and retrieval system, or the Internet without prior written permission of the Publisher or copyright owner except where permitted by law. Your support of the author’s rights is greatly appreciated.

Manufactured/Printed in the United States of America

For Mom and Dad … thank you for encouraging me to follow my dreams and your boundless support along the way.

Part I:
The Desolation

The creature, a horrific mass of muscles, hair, and ugly red welts, lay on the operating table. It snarled, baring a set of long sharp teeth.

Exhaling loudly, Jean-Pierre Badon set down his clipboard. He took a moment to adjust his spectacles. Then he picked up a pair of gloves. His fingers shook as he extended them into the cool rubber pockets.

The creature snapped its jaws. Teeth slammed together. Badon shuddered. Just two days ago, he'd seen the creature slip its leather bindings. Its head had shot off the table. Its teeth had ripped into the exposed neck of an armed soldier. In a matter of seconds, it had nearly beheaded the poor sap.

Badon tried to steel his nerves. But his hands trembled as he picked up a paintbrush. They trembled even harder as he dipped it into a cup of red paint.

The creature, or at least the blood that ran through it, represented his greatest achievement. It was a breakthrough of epic proportions. It would lead to radical changes for humanity, for all of creation.

It was, in short, the ultimate victory of science over God.

And yet it was also Badon's biggest mistake. He felt no pride in his work, no joy in his discoveries. This wasn't due to the creature itself. It was a mere test subject. No, it was the horrifying implications of his research that kept Badon awake at night.

He located a vein on the creature's neck and marked it with a small red X. He shaved the marked area and scrubbed it with two separate solutions. Then he held out his right hand. "Needle."

One of his assistants, a young boy named Pascal, placed the instrument in his hand. The boy didn't say anything. He couldn't. Not after what they'd done to his tongue.

Bile rose in Badon's throat. He hated using the children as assistants. It wasn't fair to expose them to the horrors of his research. But it was the only way to protect them. There were two types of prisoners at
Werwolfsschanze
. The lucky ones performed experiments.

The unlucky ones were the subjects of those experiments.

Badon gritted his teeth. Damn Nazis. They were worse than murderers.

He placed his free thumb on the vein. The vein bulged and he poked the needle into it. The thick hide resisted his efforts. He pushed harder. Slowly, the thin shaft slid into the creature's neck.

Dark red liquid poured into the shaft. It passed through a long plastic tube and quickly filled a bottle placed on the floor.

Badon stopped the blood flow long enough to remove the bottle and cap it. Then he replaced it with a new bottle. He proceeded to fill the second bottle along with three additional ones.

As he removed the needle, Pascal stepped forward and placed thick gauze on top of the vein. The young boy pushed it, applying as much pressure as his small, emaciated body could handle.

Badon stared at the bottles. Once they left his possession, they'd undergo a few more tests under the watchful eyes of
Werwolfsschanze
's lead scientists. However, those tests were largely an afterthought. Badon already knew the truth. The blood was the real deal.

And that scared the hell out of him.

"These welts concern me. I'd like to take a shaving for further analysis." Badon took a deep breath as he glanced at Pascal. It was time to put his plan into motion. "Scalpel."

A soldier on the opposite end of the room arched an eyebrow. He was in his early-twenties. Strands of curly blonde hair poked out from under his helmet. His blue eyes showed signs of fatigue. He wore a dark green uniform and a black armband displaying a strange marking.

Badon felt heat creeping over his cheeks. Quickly, he lowered his face, hoping to hide it from the soldier.

Pascal picked up the scalpel. He stepped forward.

Badon felt the blade slap against his gloved fingers. Lowering his head, he stared at it, then at his other wrist. He'd thought about doing it so many times. It would've been so easy. Just a little flick and then his life would drain away. The blade was plenty sharp enough. He'd seen to that. And it wasn't like he deserved to live. His research had already killed thirty-seven people. In two months, that number would explode. Not by a factor of ten or even one hundred.

But by a factor of millions.

He still found it difficult to believe. Just a few years ago, he'd lived in Paris. He'd worked as a medical researcher and virologist, specializing in the development of cutting-edge vaccinations. Then came the invasion of Poland. Denmark and Norway were next. And finally, the Battle of France.

He'd lost everything. His lab, his friends, his home.

His heart grew heavy as he thought about his wife. Had she escaped from the invaders? Where was she now? Was she even alive? Had the birth been successful?

He closed his eyes and thought of the picture. It was the only memento he retained from his old life. He kept it squirreled away in his diary. He only took it out in the dead of night when he was absolutely certain no one was watching him.

He raised the scalpel and placed it near his wrist. The creature continued to struggle at its bonds, thrashing about like a shark out of water. For the millionth time, he felt the urge. The urge to end the insanity.

The urge to end it all.

Slowly, he lowered the blade. Suicide wasn't the answer. His role in
Fall
Garten Eden
would cease but the operation would continue without him.

The creature growled. Badon hesitated for a split second. Then he angled the scalpel and swung it at the table. The blade sank into one of the many thick leather buckles holding down the creature's left hind leg.

The creature roared. It yanked its leg. The buckle bulged.

The creature ripped away from its other buckles and sprang onto the table. Then it pounced onto the man.

The other soldiers raced across the room. The creature lunged at them, dispatching them with ease. Slightly dazed, Badon watched the melee. Then something sharp sank into his belly. Flesh ripped and he tumbled backward. His head hit the wall. His eyelids drooped as he crumpled to a heap.

A bright blaze caught his eye. Like every other time he'd seen it, it captured his attention. He felt drawn to the mysterious and ancient piece of art. It was seductive, beautiful. It was truly one of the greatest treasures in the history of mankind.

It was Lucifer's immortality.

Through blurry vision, he saw the creature's face. "Protect it," he whispered. "You must protect it."

Then he swirled away, deep into an endless void of darkness and the unknown.

"You're not using that, right?" Dutch Graham didn't wait for a response. Instead, he snatched up the ballpoint pen like he owned it.

A sleep-deprived man twisted toward us. He glanced down at the open journal in his lap. His face puckered up in confusion. "Well, no. But—"

I tried to remember his name. Darren? Darryl? Daniel? Yes, that was it. Daniel. Daniel Trotter. "Thanks Dan," I said. "We'll, uh, give it back when we're done."

I looked away. Shifted in my seat. But no matter what I did, I couldn't get comfortable.

"Seventy-one and a half degrees south. Six and a half degrees east." Graham traced the latitude and longitude across a section of folded map. The two lines met near the Mühlig-Hofmann Mountains, roughly two hundred miles from Antarctica's northern shore. Satisfied, he drew a small circle on the map. "That's where we'll find it."

"Let's do this later when we have room to spread out." I lowered my voice, hoping he'd get the point. "You know, so we're not bothering
all these people
."

"I've got plenty of room." He picked up the map and shook it hard. The paper, reluctant to release its folds, cracked like a whip.

Dozens of eyes swiveled in our direction. The temperature inside the cabin climbed a couple of degrees. "Are you sure you're being loud enough?" I asked sarcastically. "I don't think everyone can hear you."

"Why would I want that?" He studied the map closely. "In case you haven't noticed, some of these people are trying to sleep."

I clamped my jaw shut. It was typical Dutch Graham, buckets of charm tempered by a severe case of obliviousness.

His behavior, more often than not, left me cringing. But I gave him a wide degree of latitude. Graham was a living legend and these days, the closest thing I had to a father. He served as Chairman of the Explorer's Society. He'd been a member most of his life. So had I.

Graham was also a relic, a holdover from an earlier generation when the adventure mattered more than the science. His battle scars were the stuff of myth and included a patch over his right eye as well as a mechanical left leg. But despite everything, he remained young at heart. While his expeditions were increasingly rare, he still found plenty of time to embrace his other passions, namely women, booze, and poker. His colleagues called him
El Diablo
behind his back. They meant it as an insult. But Graham considered it a compliment of the highest order.

Death from Nowhere by Clayton Rawson
The Sunlight on the Garden by Francis King
The End of Country by Seamus McGraw
Bird's Eye View by Elinor Florence
Sealed With a Kiss by Gwynne Forster
One Moment, One Morning by Sarah Rayner
Mr. Right Next Door by Teresa Hill
The Son-in-Law by Norman, Charity
Tobias (A CURSED BOYS NOVEL Book 1) by Rozsas, Jessa
The Other Child by Lucy Atkins
Our partner