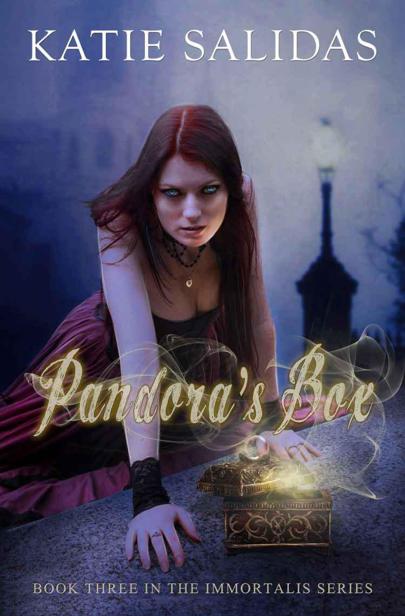 All rights reserved. No part of this publication may be reproduced, stored in or introduced into a retrieval system, or transmitted, in any form, or by any means (electronic, mechanical, photocopying, recording, or otherwise) without the prior written permission of both the copyright owner and the above publisher of this book.

To my many, many, many beta readers, thank you. All of your comments, criticisms, and compliments helped shape this novel. It would not be what it is today without your help.

“You make living with vampires look easy.” I chuckled, watching Fallon—my very
human
best friend—stake her claim in the den.

Since moving in, Fallon had taken over the empty room in our house, turning it into her own ultra-modern studio apartment: half bedroom, half office space. She’d even begun hanging pictures—something Lysander had never done the entire time he’d lived here. On one wall she’d hung a large abstract painting in muted tones of blue and green. She was well on her way to making the room feel homey and completely separate from the rest of the house.

“I’ve had some pretty scary roommates in the past. You guys are nothing!” She waved a flippant hand in the air, downplaying the strangeness of our situation.

Fallon was a rarity, a human possessing knowledge of our kind, who hadn’t been turned or killed. She was never supposed to know I’d become a vampire, but after a hasty retreat I’d made while dodging a hunter from the Acta Sanctorum, I accidentally let the cat out of the bag. My clan, the Peregrinus, weren’t too keen on the idea at first, but after Fallon showed them she was capable of keeping our secret as well as being helpful, they gave in and allowed her to stay.

“Oh, hey, has Lysander called the cable company yet?” Fallon asked as she shoved her head below a small glass-topped computer desk and began fumbling with wires.

For the last few weeks, Fallon had taken it upon herself to bring my two-thousand-year-old boyfriend into the modern era.

And he wasn’t too happy about it.

You just can’t teach an old vampire new tricks
. I stood against the wall, remembering Lysander’s first lesson with the computer. It had been hilarious. Not realizing his strength, he crushed the first mouse with a forceful click. The keyboard barely stood a chance.

Fallon had spent many days rebuilding her desktop computer after their last lesson. Still, she hadn’t given up on him. You had to admire her persistence.

Cables snaked across the top of the desk while Fallon bumped and grumbled underneath. “Everything’s plugged in. I don’t know why it isn’t working. Ah ha!”

I heard a loud
thump.
The whole desk shifted, and Fallon shouted, “Sonofabitch!”

“You okay over there?” I asked, trying to stifle my laughter and sound concerned.

“You know, Lysander may be old and wise and all that, but the man’s an idiot when it comes to modern technology.”

“No one’s disputing that point. What did he do this time?”

Fallon pulled herself out from under the desk and scowled at me. She rubbed a spot on the top of her head, messing up her already-wild blonde pixie haircut. “Damn cable was plugged into the wrong hole. I don’t even want to know how he managed to make it fit.”

I shrugged. “Well, what do you expect? The guy’s ancient.”

Her deep brown eyes narrowed as she shot me one of those
I-don’t-think-so
looks. “That’s no excuse, Alyssa. Living for two thousand years gives you plenty of time to learn things. You know, adapt with the times, and all that jazz.”

I nodded. She was right. But it did make me wonder: if I managed to live that long, would I be so out of touch? I hoped not.

Fallon stopped rubbing the sore spot on her head, and then pressed the power button on the sleek new flat-panel monitor sitting on the desk. Sighing with contentment as the screen came to life, she flopped down onto the office chair. “Time to start creating user accounts.” She rested her hands on the desk and absently tapped a finger on the edge of the keyboard as if contemplating what to do next. “You know, it would be better if Lysander were here. I don’t want to set up his account yet. He needs to learn how to use this computer.”

“You’re gonna have to wait then. He’s off hunting.”

The sweet smell of fear suddenly permeated the air. Human noses can’t detect the subtle scent, but I wasn’t human, and the sugary fragrance teased my senses. Friend or not, I’m still a vampire, and instincts are hard to ignore. Hunting means blood. Fresh, human blood. Fallon knew this, but she had no reason to fear. As far as the Peregrinus were concerned, criminals were the prey—those deserving of our deadly kisses. No vampire in this house would ever harm her, especially since she’d been made an unofficial member—being human and all—after helping us fight the Acta Sanctorum’s last attempt to destroy us.

“At least he’ll be in a good mood when he gets back,” she said, trying to sound as if it didn’t bother her. I could tell she was lying—beyond the smell of fear, I sensed her unease—but nodded as if I accepted her words at face value. It was understandable and expected of her to be squeamish about the whole blood thing. You can’t truly appreciate the need for blood unless that’s the only thing you can consume. For what it was worth, though, she was handling it well.

“Guess I’ll just check my email while we wait.” She immediately began tapping away at the keys.

I shrugged and turned toward the futon in the center of the room, and spotted a cardboard box sitting on it. “Hey, what’s this? More computer stuff?”

Fallon still tapped away at the keys. “Dunno. It was on the doorstep when I got home.”

I walked over for a closer look. Oddly, there was no address or any kind of shipping information on the box. I picked it up and looked at the bottom, hoping to find a label there. What I found instead was weird symbol: a large circle with what looked like a horizontal capital “I” dividing it, drawn in something maroon-colored. I hoped that was just a new Sharpie color, but after a quick whiff my nose said otherwise. Blood. Old blood.

“You didn’t think it was strange?” I asked, a little annoyed that she hadn’t mentioned this sooner. No tags meant that this hadn’t been dropped off by the postal service.

We lived in the middle of a quiet suburban neighborhood, hiding in plain sight from the humans surrounding us. Thankfully, in a city like Las Vegas with a thriving nightlife, no one ever questioned our nocturnal habits. Maintaining secrecy was rule number one in our clan, and we did our best to remain inconspicuous. That meant whoever stopped by to drop this off must have known who—and potentially what—we were.

“Sorry, Lyssa, I had my hands full with the new monitor when I came in. Honestly, I had forgotten it was here until you mentioned it.”

I hadn’t been a vampire long enough to know all the ins and outs of our culture. Maybe this was a way new vampires announced their presence in our territory. Maybe our recent defeat of Quentin and the local branch of the Acta Sanctorum operation had earned us some respect. Maybe it was a parting gift from Santino, our old nemesis-turned-ally.

What’s the old saying? “Curiosity killed the cat”?
But what does it do to a vampire?
I wondered.

Absently tapping my fingers on the box top, I debated how bad it might be just to take a peek. No strange odors emanated from the box. No ticking to indicate a bomb—not that I thought bombs ticked anymore, but I felt safer that there was no sound coming from the box. I picked it up and shook it. It felt light as air, and the contents didn’t shuffle around much. Only a muffled thump indicated anything solid was inside, and whatever it was, it was packed to not break.

Curiosity got the best of me. I had to see what it was. I used my fingernail to open the tape across the top. A puff of dry air greeted me as I pulled back the flaps. Instead of packing peanuts, the box had been filled with some straw-like material, like the grass in children’s Easter baskets. “Come check this out,” I called out to Fallon, pushing aside the packing material.

She tore herself away from the computer and joined me, but the moment was anticlimactic. For all the mystery and ominous symbol on the outside, the contents were a bit boring. An ornately carved wooden box sat in the middle of the packing material, tied tight with a red silk ribbon. It was pretty, but not all that exciting.

I reached in, took hold of the box with one hand, and lifted it out. It felt strangely weightless in my hand, as if the wood were hollow or perhaps not wood at all, but some kind of Styrofoam. I gave it a squeeze, though a gentle one—I didn’t want to accidentally crush it with my superhuman strength. It had no give. It was solid as a rock. I squeezed it a bit harder, expecting the wood to crack or groan under the pressure, but that too had no effect.

Maybe it’s not so plain after all.

I shook it and held it to my ear to hear if there might be anything inside. Nothing.

“Let me see,” Fallon said taking it from me. She traced the patterns that looked like ancient writing covering the small box. “It’s really pretty. Should we unwrap it and see what’s inside?”

“I’m not sure we should do that,” I said, though I was hoping to learn the mystery surrounding its contents.

“It wasn’t addressed to anyone specifically,” Fallon said, eyeing the box as if entranced by it. “So it was probably meant for all of us, right?”

“All of us” meant the other vampires that lived in the house, the Peregrinus clan: Rozaline, Nicholas, Crystal, Drew, and Lysander.

“Hmm, good point.” I reached for the box, but she pulled it just out of my reach. Her sudden movement shocked me.

“I mean, it’s not like we’re opening up someone’s birthday present, right?” She continued to eye the box, her curious gaze becoming almost hungry as she inspected it.

“Maybe they celebrate deathdays,” she quipped.

“We’re not dead.” I shook my head at her. “Beating hearts… remember?”

“I know, Lyssa. I’m just joking.” She playfully tapped me on the shoulder. “Okay, let’s take a quick peek.”

“Maybe we should wait for the others to get here to open it? This was probably for Lysander,” I said. “An antique for display or something. I doubt he’d appreciate us opening it.” I could imagine it looking nice on his bookshelves. He was, after all, a historian who collected lots of old things.