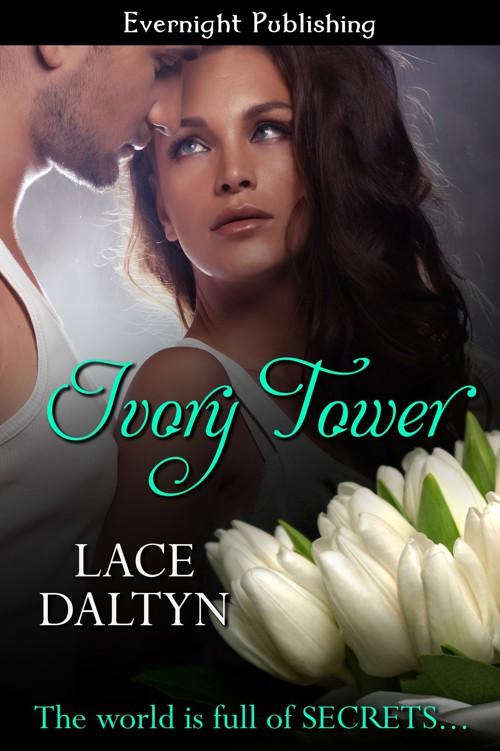 This is a work of fiction.
All names, characters, and places are fictitious. Any resemblance to actual
events, locales, organizations, or persons, living or dead, is entirely
coincidental.

To my fans, everyone who
reads this story. I love knowing I’ve reached you, touched you in some way, and
maybe, given you a break from the day to day stuff life tosses us all. Thank
you. I am both humbled and proud of your continued faith in me.

Michael Smith
braced himself before entering the apartment. He’d told his boss he needed time
off, but only managed two days before worry overrode good sense.

Drea
Fortier had become the faceless woman who plagued his
nights, damn it. In the four months he’d been her assistant, security, gopher,
apartment electrician, plumber, and general repairman, she’d kept to the
shadows around him and wore that hood and cloak of hers like a fucking shield.

So instead of a
face, lips invaded his dreams. Crimson lips, full and lush and made for
kissing. And hands. Delicate, long fingers, always tipped in red, that he’d
imagine wrapped around his shaft, stroking him into a frenzy. Night after night,
he woke in a sweat, his cock hard with a need his own hand couldn't satisfy.
Hell, even a cold shower couldn’t quench the desire to bury himself deep inside
her, to hear her scream his name.

He wanted to
touch those lips, to see if they were as soft as his dreams suggested. To peel
back the ever-present hood with infinite care and stare into eyes of a color
that remained elusive. He would comb blonde hair he’d seen only the tips of
with his fingers and find out if it was silky or thick or both. Tilting her
head to his, he would capture her lips, show her the power of their attraction,
and claim her as his.

Fuck. The woman
had gotten under his skin and that was a new experience for him. Michael rubbed
his chest, recognizing a tension he’d have to ease before entering her office or
he’d bust apart.
Drea
was the most secretive and
touch-shy woman he’d ever met. He gave her no reason to mistrust him and still
she flinched whenever he got too close. He was a man comfortable with
authority, yet each reaction from her stripped that power from him in large
chunks.

Whatever pain
Drea’s
past held, it had scarred her beyond her own ability
to mend. Michael intended to learn that history and help her move past it. So
far, internet searches had come up with very little on his employer. In fact,
he could find nothing about
Drea
Fortier prior to one
year ago. It was as if she’d sprung full grown into the world. Full grown and
immeasurably rich. He’d yet to see any financial statements, but the fact that
she owned the best and most exclusive penthouse in New York spoke of money. As
well, she shouldered the financial burden for each of these applicants she
chose to help.

No matter how
hardened
Drea
tried to be, her desire to help others
find satisfying lives showed a soft side. She might deny it, but she wanted
others to find the happiness that eluded her.

It gave Michael
hope, which was a good thing, because his involvement had reached the point
where there would be no going back. He couldn’t get her out of his mind. He
wanted to breathe her in, be near her at all times, yet was relegated to occasional
contact as she chose to allow. It went against every cell in his body to be
subservient. Add the almost constant hard-on he had around her and he was a
mess. This was not how relationships played out for him. He chose to be the one
in control. Always.

His one
consolation was that
Drea
interacted with him, and
only him. She lived day and night in the dark, depressing, sterile environment
she’d surrounded herself with. Never leaving, never even opening the windows,
at least as far as he could tell.

Michael
preferred being in charge, and today he planned to take the first step in that
direction. One step. That’s all he needed. One tiny crack to allow him in.

He tossed his
duffle down beside his desk and tapped on
Drea’s
door.

“Come in.” Her
soft voice set his body thrumming, even
through
the
closed door. Steeling himself to keep from showing any emotion, Michael walked
in.

She sat, as
always, in the darkened room, behind a desk and computer, and hidden beneath
her cloak.

“Good morning,
Michael.” There was a tension to her voice that he couldn’t understand. “Did
you enjoy your days off?”

Nope. Not one fucking ounce of perspective
earned, thank you very much. I still raced to get here this morning.

She waited, as
if expecting more from him. When he didn’t expand, she tapped her fingers on
the desk, the tightness in her voice amplified. “Good. We can get back to work,
then.”

“Not quite yet,”
he said. He pulled the pot from behind his back and set it on her desk. He’d
seen the orchid in a flower shop. The rich red-tipped petals reminded him of
Drea’s
lips. The fragility of the flower, combined with the
strength imbued in its stems, seemed to mirror the shrouded woman in front of
him.

The fingers
stopped tapping. “What is that?”

Her lips pursed
and he almost groaned as he smothered the ache in his groin.

“I am aware
it’s an orchid. What’s it doing here?”

“Take it away,
Michael. I don’t allow flowers here.”

Her head
whipped up and Michael’s heart soared when he caught a glimpse of blue eyes
underneath dark, long, lashes.

As fast as
she’d raised her head, she lowered it. “No?” Her lips were now tightly
compressed.

“No,” he said
again. “You do not get to refuse a simple gift. You need some life around here.”
He waved toward the dark shell she called her living quarters. “So, if you
don’t want the orchid, you’ll have to dispose of it yourself.”

The tapping
resumed. “You take too much upon yourself.”

He grinned. “I
do, don’t I? And I’m not done yet.” He walked past her, into the apartment and
straight to the windows. Whipping the heavy drapes back, he let sunlight flood
the room.

Drea
shrank back into the shadows of her office. “Close
those curtains.”

“Do it
yourself,” he countered. He approached her slowly, treating her as the wounded
animal she was. His voice softened. “There is a time for darkness, and a time
for light. You’ve lived in the dark far too long.”

She shook her
head. “There can only be darkness for me.”

He stood in
front of her, closer than she’d ever let him get. He could reach out and touch
her if she—

“Don’t.” He
almost didn’t hear her, the whisper was so faint. He could see, even beneath
the cloak, that her body was wracked with the shakes of someone working hard to
maintain a faltering control. It killed him to see the pain inherent in her
tremors. He wanted to relieve that pain. And he wanted to crush something,
anything. Every ounce of his willpower was siphoned into keeping his fists from
clenching.

“No!” She
looked down at the floor. It was the first time she’d raised her voice to him
and he could see her jaw working as she struggled.

“Please. I can
help.” Michael had never once in his life begged. Ever.

“There is...”
He heard the quaver in her voice. She held her arms up, not touching him, but
her meaning was clear.
Back off.
Drea’s
spirit may be broken, but strength, most likely the
reason she’d survived whatever happened to her, straightened her spine.

When she spoke
again, he knew control had won. The cold was back in her voice. “You have
breached the protocols of our agreement. Back away or begin searching for
another job.”

Michael took a
step back. Hesitation wasn’t an option. He couldn’t take the chance she would
dismiss him. He wasn’t done yet. Hell, he’d never be done.

The slow
outtake of air was the only indication he got of her response. Michael walked
over to the door, then turned back. “This isn’t over, though. We will finish
this conversation at some point.”

Arms, clutching
her cloak, tightened even further. “I emailed you an application, along with
some notes on how to handle it. Please do the usual checks and set up the
scenario.”

When Michael
entered
Drea’s
office later that afternoon, she
wasn’t there, although her exit seemed hasty as he could see her apartment
curtains flutter gently with no breeze. He was pleased to see she hadn’t closed
them and sunshine still bathed the area in gentle golden light. He glanced
around, then shifted her computer mouse to see what she’d been working on. The
website on the care and feeding of orchids slapped an all-out grin on his face.

“Oh, yes, Ms.
Fortier. I do believe you have met your match.”

Are emotional scars holding you
back? We can help you let go of the past and give you the opportunity to reach
for a happier and more fulfilling future. Begin the healing through this
one-of-a-kind offer. Take the chance. To initiate the process, complete the
short questionnaire below. Remember to be honest, both with yourself and with
us, so we can correctly evaluate your needs.

Demographics:
Currently living in Seattle with her widowed
mother.

Social history:
Engaged to be married in a few weeks.

What is keeping
you from moving forward in your life?
I
need help. I love my fiancée more than anything, but she is so controlled by
her mother I doubt she’s ever made a decision on her own. If we are to have the
marriage of equality I crave and she deserves, I need her to know she’s a
vibrant, wonderful woman capable of making her own choices.

Jenna Wilton closed her eyes and tried to shut out the
hubbub around her. This was the fifth dress she’d tried on and one that put a
smile on her face as she’d taken it off the rack. In a rare disagreement with
her mother, she’d insisted on adding it to the pile.

Now, as the satin settled around her, so did a sense of
rightness, of peace. The zipper’s teeth chuffed as the attendant closed the
back. It fit like a glove, unlike the other dresses. Jenna felt the shirred
bodice, ran her hands down the simple contour of the skirt. She knew the back
was a touch longer to create the illusion of a train.