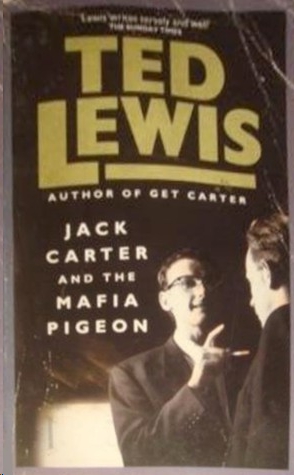 All the Way Home and All the Night Through 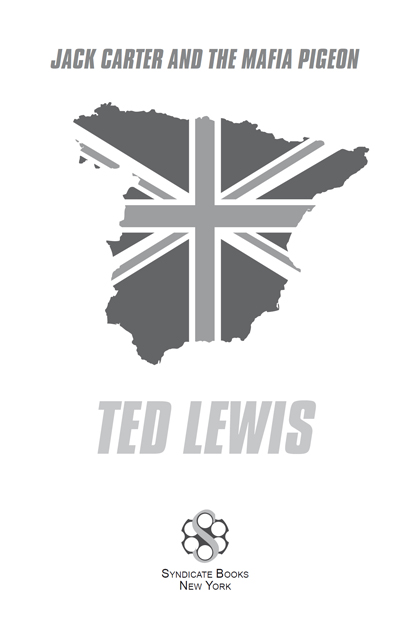 First published in Great Britain in 1977
by Michael Joseph Ltd.

This edition published in 2014 by
Syndicate Books
www.syndicatebooks.com

T
HE RAIN SLIDES DOWN
my bedroom window.

She rolls over on top of me and puts her mouth next to mine and our lips brush together briefly and she says: “I’m just about to.”

“For a lot longer than that,” she says. “For quite some time, in fact. Unless something’s happened to you since last week, that is.”

She tries to find my mouth again but I twist my head to one side and grab hold of her wrists and heave her off and over, reversing our positions.

“You know,” she says, “considering you feel about that suit the way some people feel about their racing pigeons, you’re not exactly looking after it proper at the moment. Let me put it on a hanger for you.”

“When you stop being so fucking stupid, yes,” I tell her. “And just as a matter of interest, what time was it when you had your first livener this morning?”

“I’ll tell you,” she says, smiling a particular kind of smile. “If you really want me to.”

I look at her without any expression at all.

“Could have been ten to. The curtains were drawn and you know how small the luminous figures are on my watch and how I always forget to wind it up.”

“You wind me up something chronic,” I tell her.

“Do I really?” she says, all mildness and moderate surprise, so I shake my head and let her get on with it.

“Anyhow, it was about that time or thereabouts, when what should happen then but a strange man opens the door and walks into my bedroom, and as you know there’s no one stranger than my old man, and stranger still for him to be coming home at that time of the morning. Normally he never comes home at all, excepting weekends we’re at the house in Surrey.”

I open my mouth in order to tell her to leave out the domestic arrangements when she raises her head and sticks her tongue into my open mouth and draws back quick and goes on:

“So I’m asleep, aren’t I? I mean, I know something’s up by the way he slings his jacket across the room at the chaise longue and it doesn’t hit right but this morning he doesn’t go over and pick it up, and he’s a bit like you about his gear so there’s got to be something, hasn’t there?”

“All right, all right,” I tell her. “When do we get to the bit about the three bears?”

“Just one bear in this story, sweetheart,” she says. “So anyway, he starts taking off the rest of his clothes like he’s trying to make the Guinness Book of Records and while he’s doing that he says to me, ‘You awake, Aud?’ And I lie there as though they’re about to sink the screws in me lid and Gerald says: ‘Don’t fucking con me, you slag, I know when you’re awake and when you’re not, so let’s be having you.’ Which of course is precisely what he wants, to be having me. Although I don’t know that yet. So I prop myself
up on my elbow and switch on the lamp and ask him what the bleeding idea is waking me up at this time of the night, what’s the matter, has Terri’s burned down. While I’m asking him this he’s standing at the bed end, slipping out of his Austin Reed knickers and I can see he’s stoking himself up a hard-on and then of course I get the idea and I say to him: oh no, no chance, you don’t think you’re coming back here after getting fuck-all elsewhere and waking up the old lady to get rid of your inhibitions. No fucking chance at all. Go and run some blues and have one off the wrist. Then he hardens up in more ways than one and drags all the sheets off the bed and gets on and starts crawling up the bed and I try to roll off it but he grabs hold of my ankle so I’m hanging half off the bed and he crawls up a little bit more and hauls me back on the bed, but I’m still struggling, see, which I shouldn’t be doing because I should know better, I’m likely to get one in the mouth any minute, and I do mean a punch. But I’m so pissed off with it, common sense doesn’t enter in to it, so in the end Gerald gets astride me and pushes my nightie above my head so that my arms aren’t free any more and he takes hold of the hem and knots it round one of the brass rails at the bed-head. You remember those brass rails, Jack, don’t you, that one time you were there?”

“I remember,” I tell her. “I remember thinking at the time, how appropriate, brass.”

She tries to bring her knee up into my crutch but I’m ready for that one and I’ve already slid a little to one side but I’m still keeping a tight hold on the wrists above her head. She lies silent for a minute before carrying on and then she says:

“Bit like this it was, really. In fact a lot like this. Me with me arms above me head, immobile, arms and head all bundled up in the nightie, like I’ve got a sack over me head. In fact I remember saying words to that effect to Gerald at the time, about he needs to sack me before he can poke me, but I don’t think he really heard, the words
being a bit muffled, like, and in any case, he’s already started going to work, and saying a few things himself. I mean, you can imagine the kind of thing Gerald chants while he’s pumping, being the kind of bloke he is, you know, you cunt, you bitch, you whore, you cock sucker, etcetera, etcetera. I expect you can imagine.”

“What I can’t imagine, you’re going to tell me anyway.”

“Go on,” she says. “I bet you’re imagining already. Let go of my wrists and let me see if I’m right.”

“I am right, aren’t I?” she says. “Anyway, like I say, Gerald goes to work, and do you know, it’s funny, I begin to start liking it, all trussed up like that, unable to do anything about anything. I mean it’s quite a new experience, being raped by your old man. Sort of adds a new dimension, know what I mean?”

She rolls her eyes a little bit, indicating the grip I have on her wrists. I know what she’s getting at, but there’s no way she’s getting it, not yet.

“I think Gerald quite enjoyed it, too,” she says, “because afterwards, he didn’t leave me there like a drawn turkey and he didn’t roll off and start snoring right away. He lay on his back and lit a fag and got quite expansive. Started talking about you, how you’d been taking a lot of weight on your shoulders on the firm’s behalf recently. How it was about time you had a bit of a holiday.”

I look at her.

“It just doesn’t occur to you, does it?” I say to her. “You’re so fucking sure of yourself, it just doesn’t occur to you. You ever hear of free association, and I don’t mean what they do in Sweden. It never fucking occurred to you that Gerald has you, straight after that he starts thinking about me, straight after that he starts talking about me going away and that. Bleeding stroll on. You barmy or something?”

Audrey’s expression changes to one I’ve seen often enough but not very often when we’re just on our own.

“If I was barmy those two chancers wouldn’t care because we’d be in bits and pieces in Epping Forest.”

“Maybe they’re just barmier than we are.”

“And it’ll just be down to them if we do what you’re suggesting.”

She shrugs again. There is a silence. Then I say to her: “What else did he say?”

“He didn’t say anything else. That’s all he said.” She pauses. “Except a minute or two later he bursts out laughing.”

I look at her. Then she bursts out laughing.

“Well you should never have asked me when I had my first livener, should you? I mean there’s liveners and liveners, isn’t there?”

“Right,” I tell her, and start giving her the treatment she’s been asking for all along, and outside the rain keeps coming down as though it’s never going to stop.