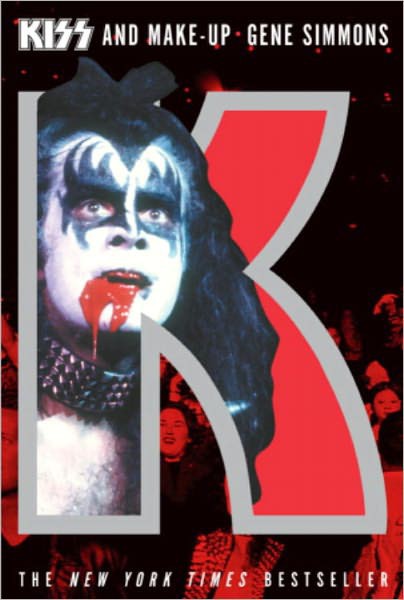 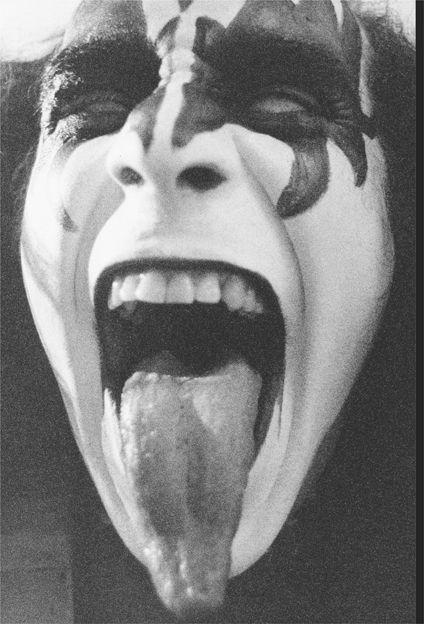 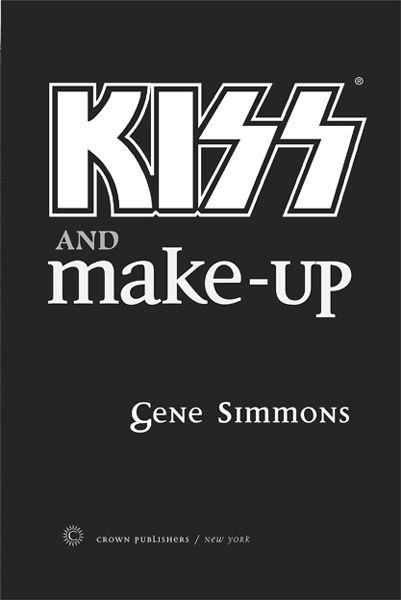 Copyright © 2001 by the Gene Simmons Company

CROWN
is a trademark and the Crown colophon is a registered trademark of Random House, Inc.

The
KISS
logo is a registered trademark.

TO MY MOTHER
, who gave me life and taught me to reach for the sky.

TO SHANNON, NICHOLAS, AND SOPHIE
, who taught me how to love someone other than myself. 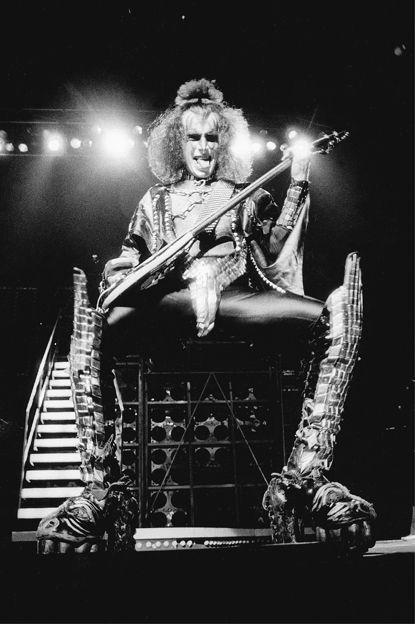 Someday soon
, just after the final chords of “Rock and Roll All Nite” ring out on the Shea Stadium stage, I will pick up my bass and exit stage right. After twenty-nine glorious and tumultuous years, years filled with the highest highs and the lowest lows, America will have seen the last of KISS onstage. America was our home. These were our people. And playing the final show will be bittersweet, to say the least.

Thirty years before, there was no KISS. There was only Gene Simmons, an aspiring rock musician in New York City. Ten years before that, there was no Gene Simmons—only Gene Klein, a Jewish kid who lived in Queens with his single mother. And ten years before that, there wasn’t even a Gene Klein—only Chaim Witz, a poor boy growing up in Haifa, Israel. All those people, of course, were me, and I was all those people. I was born in Israel, saw the world change around me when I came to America with my mother, and then began to change myself, first my name, then my face. When I picked up a bass, it was a kind of transformation. When I put on face paint, it was a kind of transformation. And when I took the stage, it was the most profound transformation of them all. In the process, I managed to help steer KISS
to the pinnacle of rock and roll: we would eventually stand right behind the Beatles in the number of gold record awards by any group in history.

In my life story, I am the main character. But countless supporting characters have helped to define my life. First, there’s the woman who gave me life, my mother, who endured unspeakable horrors in the concentration camps of the Nazis and who used reserves of strength I can only imagine to survive and even thrive. Then there are my bandmates, my second family—Paul Stanley is like the brother I never had, and Ace Frehley, Peter Criss, Eric Carr, Eric Singer, Bruce Kulick, and others helped me to create and sustain KISS (and in some cases, did their best to undo what Paul and I had created and sustained). And last but not least—last and probably most—there is lovely, incomparable Shannon Tweed, and the two children of whom we are the proudest parents imaginable, Nicholas and Sophie.

When I sat down to write my life story, I thought about it in terms of the books I had read. The more I thought about it, the more I realized that my story is a story about power and the pursuit of it. I have always read everything I could get my hands on, especially books that taught me new things: religion, philosophy, history, the social sciences, and so forth. There are thousands of books, from
African Genesis
to
World Lit by Fire
, that recount man’s endless search for power. Ultimately, all conflict seems to center on it, on who has it and who wants it. I instinctively realized very early on that power was what I really wanted. Fame and riches are fine, but one can have both and still have no power. Power is something I craved from the
time I first set foot in America. I was made fun of because I couldn’t speak English, or because I was Jewish, but it really came down to not having power.

Someone, perhaps Machiavelli, once said that it’s better to be feared than loved. I understand that. Love is evasive. Love has its needs. You have to be giving. You have to be concerned with someone else’s happiness. Power is a clearer idea, a cleaner concept. I want to walk into a restaurant and be waited on. I want to have women want me, although not necessarily because I want them. Women understand this notion very well. A woman wants to make herself as attractive as she can, with makeup, clothing, and perfume, because she wants every man to want her, although she may not be interested in any of them. I realize that I’m painting with broad strokes here, but I stand by what I’m saying.

I suppose one of the reasons I wanted power was so I wouldn’t get picked on. When I first came to America, I felt like a stranger in a strange land. The Robert Heinlein book spoke to me as no other book ever had. It was my story. I was singled out because I was different, because I didn’t speak English well, because I was alone. So I figured that I didn’t need anyone, didn’t want anyone, and had only myself to depend on. If I didn’t do the work and go and get it myself, it would certainly never be handed to me.

The story of KISS, of Gene Simmons, is a story of ambition and good fortune, of an immigrant boy’s impossible dream realized. But it’s also a story of the world’s biggest rock band, which means that there’s plenty of sex, drugs, and rock and roll. I can’t take credit for any of the drugs—I’m straight, never been drunk, not a single time
in my life. But the sex? For much of my adult life, I had no girlfriends, although I had plenty of girls. More than plenty. At some point, I began to keep Polaroid snapshots of my liaisons to remember them by. In a certain way, I loved every one of them. But when it was over, it was over. No fuss, no muss. No agony. To date, I have had about 4,600 liaisons. And I have to say that they were all wonderful, that they all enhanced my life in so many ways. Food tasted better. I whistled and hummed. I was alive.