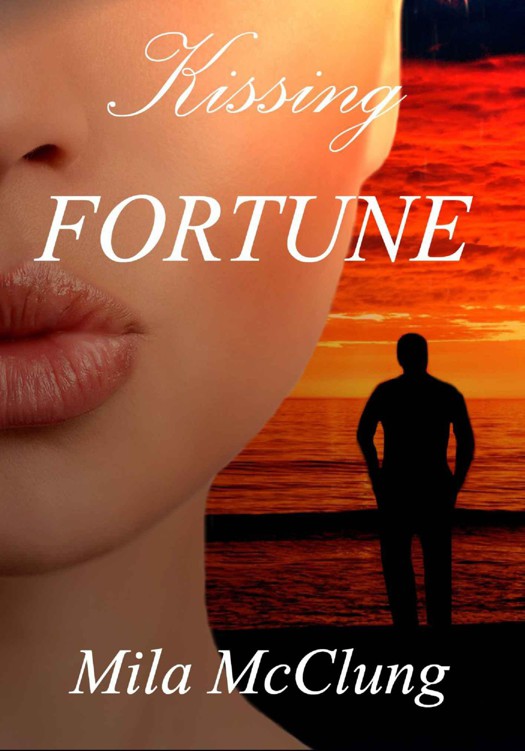 This is a work of fiction. Names, characters, places and incidents
either are the product of the author’s imagination, or are used fictitiously,
and any resemblance to actual persons, living or dead, business establishments,
events, or locales is entirely coincidental.

For all
the divas…

She thought maybe she loved him. She
knew she loved the way his fingers danced over the piano keys as he played
Chopin. It was the same way they danced over her skin when he made love to her.

Tierney Evans didn’t know much about
love. Her parents had never loved her. She was just a shiny toy they held up to
their friends and said: “Look, see what she can do!” like they would a trained
poodle. At first, their big dream was to turn her into an Olympic champion
swimmer like her mother, Betsy. But Tierney soon proved to be a disappointment,
crying and throwing tantrums whenever they dragged her out to the lap pool.
Then they decided she should be a ballerina but her feet were too big and
clumsy to do a pirouette. After that came riding lessons – but she was allergic
to horses – and now, at the age when most girls were starting college - she was
practicing to become the next piano virtuoso. She was also the star of her own
reality show,
Taming Tierney
, produced by her billionaire dad’s sports
clothing company,
Aram
Evans LTD.

And she was sleeping with
Istvan
Rader, her piano teacher. The grungy cameramen
followed them around as if they were Brad and Angelina, immortalizing every
chipped fingernail and cranky diatribe, every good morning kiss and
goodnight/goodbye/good riddance – which happened quite a lot. Tierney loved her
loving but she still wasn’t sure she actually loved
Istvan
.

Oh, he was handsome enough with his
fierce blue eyes, chestnut hair down to his shoulders and a body worthy of
sculpting for posterity but he had too many flaws. He was arrogant, in his
lovemaking, and his music, always made her feel she was lacking in both. He
humiliated her in front of the cameras, once went so far as to throw a glass of
vodka – with ice – in her face! The creepy producer, Bill Weathering, welcomed
the pianist’s bad behavior – knowing it would bring the show those oh so high
ratings he lived for. But Tierney fought him, threatening to walk out until he
had the footage removed. She was weary of being her lover’s whipping post, and
Weathering’s
golden goose.

“Can you hear the perfection?”
Istvan
asked her in his smooth, deep accent. He was
Hungarian, born in
Budapest
. His life from the age of five had
been about the piano. He seemed to resent her for thinking she could start
training at the age of nineteen. Which wasn’t her idea, anyway - it was those
damned selfish parents of hers, needing to have a reason to be proud of her.
You’d think her being their one and only daughter was reason enough.

“I hear it,” she sighed, unimpressed.

“You’re not really listening. Where
is your mind, Tierney?”

“Someplace far from here.
Istvan
,
let’s grab Daddy’s jet and take off for some warm, wonderful place!
Just the two of us.
If we could be alone, without the
cameras and the paparazzi maybe this relationship would grow into something
good.”

“You just need a good lay, Tierney.
That always sets you right.”

“Sure, this time and every time.
I know you too well.”

She leaned back into a soft purple
sofa, rolled her green eyes. She was wearing a denim miniskirt and an elegant
but unadorned satin blouse, her shoes bright blue and dangerously heeled. It
was true, any other time she’d be naked and ready for him in the blink of an
eye – but something was different now. Some minute shift had occurred in her
universe – some change was on its way - and it had nothing to do with
Istvan
– she could feel it. And it made her tingle all over
with fear and excitement, too.

The
midday
sun was streaking through the beige
linen curtains on the bay window, highlighting the colorful modern furnishings
and rich wooden floors of the
Beverly Hills
bungalow they shared. Tierney had
first made love to
Istvan
on that sofa a year before.
She met him at a crazy party in the Valley, and brought him home for a one
night stand. He’d been so good at it that the one night turned into several
months. Tierney had been caught in his snare; she wasn’t sure then if she
wanted to be but she hated being alone. Lately, though, that didn’t satisfy
her. She needed more than a lover – she needed love. The real kind, that lasted
forever.

“No! I’m tired of being this year’s
pet monkey!” Tierney stood, gathered her Louis
Vuitton
purse and car keys and headed for the door.

“Where are you off to, Baby? We’ve
got six more episodes to tape!”

Istvan
shrugged, began to play a funeral
dirge.
Bodey
eyed them both strangely, switched on
his camera, urged the young man to emote into the lens; he eagerly obliged.

Tierney hopped into her red Ferrari
convertible; shot it out into the street and straight over to
Santa Monica Boulevard
. It was slow going through a crowded
freeway or two until she found the
Ventura Highway
. Then she rammed the gas with her
spiky heel and flew over the pavement, ignoring a busload of tourists who
squealed at her from the top of a double
decker
.

“There’s got to be more to life than
this!” she said out loud.

She flicked on the radio. Tina Turner
was singing
What’s
Love Got To Do With It?
Tierney didn’t think love had anything at all to do with her situation. The
lack of it, maybe, or some mislabeled emotion that people were mistaking for
love.

She followed the highway out to
Pierpont
Bay
, hoping to make it to her retreat in
Santa Barbara
before
Istvan
turned on his charm and convinced her parents she needed counseling – again. He
was obsessed with pouring out his most minute miseries and sorrows to any fake
TV therapist who came along, and had her family believing it was the best thing
for all concerned.

“No more!” she shouted over the hum
of the engine. “I want to be me now! I am not some spoiled little rich bitch
who needs a reality show to prove her worth to the world! I want to be loved,
God Damn It! I want a real man who knows what a real woman needs!”

She began to cry, hard, the tears
flying from her eyes and out the top of the convertible, marking the sky like
tiny raindrops. She thought she heard a strange buzz, clicked off the radio,
listening. The sound was louder, frightening her.

Tierney eased off the highway;
stepped out of the car. She trailed the sound down to the back wheel, peered
underneath the fender and gasped. There was a bomb, a real, ticking, flashing
bomb, like you’d see in an action movie, and the numbers on it were closing
down on zero, fast!

Tierney glanced round – the cars
zinging by might not get hit in the blast but she couldn’t be certain. And she
was way too close to a restaurant full of customers. She took a strong breath,
jumped into the car and steered it out as far away from people as she could,
finding a narrow stretch of beach to park on. Then she leapt out of the
driver’s seat and began to fling her arms like warning flags.

“Get back!” she screamed to the
gathering crowd. “There’s a bomb in my car!”

Panic broke out; people scattered
like bugs. Tierney sprinted towards the shelter of a line of boulders just in
time. The bomb exploded, showering fire and smoke and bright red car parts all
over the beach. She watched them fall; ducked to miss her radio as it sailed
by.

“Who would do this?” she wondered
aloud. “Who would want me dead?”

People were closing in, smothering
her. Some had recognized her. They were pulling out their phones, hoping no
doubt to get some good footage they could sell to one of those sleazy online
celebrity news sites.

“Can I help you, Tierney?” one guy
asked, reaching out his left hand – his phone was in his right.

She did just that and sought out some
kind of refuge from the crowd. There was a marina nearby. She headed in that
direction, thinking she could lose herself there. A second explosion from the
car sent everyone scrambling, and gave her a chance to disappear.

Tierney searched through the endless
line of crisp white boats; finally came upon one called Sea Mistress that
wasn’t so crisp or white but it was uninhabited as far as she could tell. She
made sure no one was looking then boarded it and slipped down into the unlocked
hull. The place was a mess; clothes strewn all over the dark, 70s style
furniture, half-eaten pizzas still in their boxes, and cans reeking of stale
beer lying in clusters about the floor.

“God, can I pick them or what?” she
sighed. Then she heard footsteps and hid in the tiny blue-tiled bathroom. It
was a man – she could tell because he apparently stubbed his toe on the beer
cans and cursed out loud in a deep, sexy voice.

Tierney heard a cell phone beep then
the man said, “Yeah, I’m still here but I’m heading out in awhile. No, I’m not
sure where exactly, maybe Baja. I don’t care what Slater says. I’m through! Get
it? All right then. Talk later, Joe. Sure. Bye.”

Tierney waited, afraid the man would
yank open the door and find her but he didn’t. He stomped up to the deck and
started the engine. The boat began to move, easing grumpily out of its dock and
into the Bay.

“Oh my God, what do I do now?”
Tierney whispered. Her mind was jumbled, unsure of who to trust. She tried to
come up with a list of suspects for the bombing. Sure, she had enemies, rich
people always do. But she couldn’t imagine anyone hating her enough to actually
commit murder. It wasn’t
Istvan
, was it? He did know
about demolition, his dad ran a blasting company in
Budapest
. Maybe he had sensed that she was
over him and that mad temper of his got the better of his judgment.