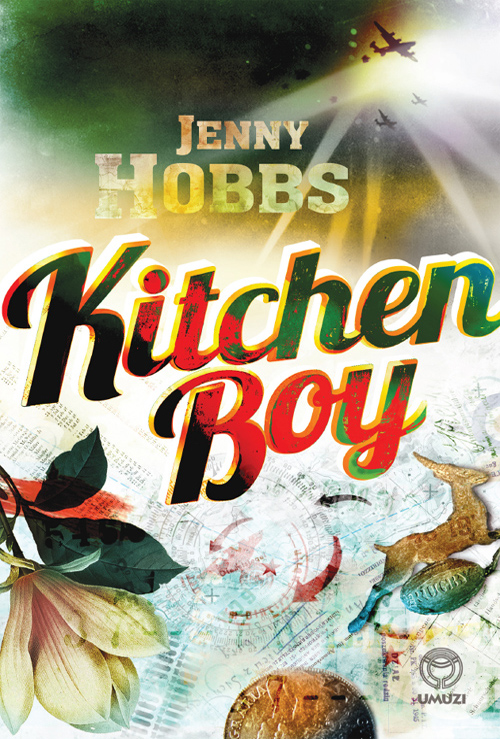 N
OVELS BY THE SAME AUTHOR:

Thoughts in a Makeshift Mortuary (1989)

All rights reserved.
No part of this book may be reproduced or transmitted in any form or by any means, mechanical or electronic, including photocopying and recording, or be stored in any information storage or retrieval system, without written permission from the publisher.

For Luke, Matthew, Tristan, Zoë, Elinor, Callum, Kate, Kirsty and Harris –
may they live in peace and never experience war

My grandmother used to say that, to go forward, you have to go backward.
The past and the future are all interconnected.

F
ROM THE TIME HE LEARNT TO SCRUM
in barefoot boy knots with mercurochrome scabs on their roasties, it was the lead-up to the kick-off that J J loved best.

The pep talk in the changing room about team spirit. The captain leading them out in their clean Sunlight-soap-smelling jerseys and too-long shorts, boot studs clattering on concrete. Running on to the roar of the crowd – in the beginning only a straggle of fathers and brothers. Lining up to face the other team, trying to look tough. The referee, whistle round his neck, asking ‘Heads or tails?’ before flicking a coin upwards with his thumb. The fateful seconds as it rose in the air spinning, and began to fall. The realisation that luck matters. Life is chancy. A coin can land wrong half the time, and an oval ball can bounce any way.

Heads it is. The ball lobbed to the successful captain. An old ball had the look of hard battles, its leather scratched and rough and discoloured in patches, the lacing worn. But the captain received it with due honour and held it cupped in his hands as the other players jogged to their positions. There’d be a point where they stood leaning forward a bit, flexing alternate knees, balanced on the brink of a new beginning when the world was young and green and all things seemed possible.

Then the whistle blew, a peremptory brrrreep! Looking to left and right to prime his men, the captain would pause a moment, holding the ball in front of him, then drop-kick it in the soaring parabola that starts a rugby match.

Right through his life, J J remembered those minutes leading up to kick-off – and later on, the joy of flying in serene blue skies – as flawless interludes set apart from the harsh trade of living.

In the weeks before he died, J J Kitching’s memories passed in slow procession as he lay in the compassionate haze of morphine, watching them amble past. They are gilded and decorated now like sacred elephants on an Indian feast day, embroidered hangings concealing the rough grey hides, looped and beaded fringes flopping over the knowing eyes.

A
N HOUR BEFORE DAYBREAK
, J
OHN
J
OSEPH
Kitching closes his eyes on the memory elephants, and whimpers for the last time with only the hospice sister standing guard. His exhausted wife Shirley has just left the bedside to get some sleep.

The sister clucks and shakes her head. All those hours of sitting through his coma, and she misses the final whistle. Match over. Finish and klaar. Death sneaks in a dropkick when the ref isn’t looking.

Having checked for vital signs, she completes his patient chart before glancing at the upside-down diamanté watch pinned to her lapel. Almost four-thirty.

Using two fingers, she holds his eyelids shut for several minutes before stretching to ease her backache. Night vigils are stressful. Curtains stir when there isn’t a breeze; dying eyes open and stare; breathing fluctuates; flitting moths make weird shadows. She’s not one to watch muted TV or fiddle with knitting.

She reaches for her cigarettes and lighter, then leans out the window overlooking the sea for a smoke, needing a transition before she breaks the news. Her patients always die. She’s getting on too. It’s a lose-lose situation. The breeze pongs of abandoned sardine bait and fish guts that carry a warning: one of these days it’ll be her lying there gaping like a dead shad.

She veils the image in a smokescreen of more cigarettes before going through to wake Shirley, who needs the sleep. All the fuss and pain of one more death can bloody well wait.

KITCHEN BOY SCORES HIS LAST TRY
is the main headline in the
Daily News
that afternoon. A young sports writer who tries to emulate the early
Drum
journalists has written:

J J Kitching, World War II hero and Springbokwing renowned for his speedy footwork on the field, has died at his home near Durban. None of the rugby fans I spoke to could explain where the Kitchen Boy monicker came from

He should have asked the old boys rehashing past glories over their cravats and gins in the clubs where they go to escape the busyness of wives. In 1949 at Kingsmead, during the third Test against the All Blacks, there was a bellow from the main stand as J J accelerated towards the posts: ‘Go, Kitching boy!’ The try was disallowed because his boot heel had gone over the sideline. But still the crowd cheered and chanted, ‘Kitchen Boy! Kitch-Kitch-Kitchen Boy!’ as he walked back to the lineout, inkblots of sweat spreading on the green jersey with its orange-gold collar, his baggy white shorts streaked with grass stains, and teammates thumping his back. Looking up at his father proud and sober in the VIP seats, and his mother laughing with rare delight under her straw hat with the bunch of artificial cherries as she waved at him.

Dot Kitching hated the nickname, which the papers picked up and crowds yelled from Loftus to Newlands and later in Britain and France and Australia. ‘Kitchen Boy’ was unfitting for a hero. ‘My Persian lamb,’ she had called him when his dark baby curls were sheared to boy’s commas sleeked against his head. ‘My Johnny. My champion.’

She drummed in her expectations long before he was old enough to catch and throw a ball. I’m counting on you. Don’t disappoint me too.

Like his father, J J was schooled in the old Natal farming tradition: good shot, fine rugby player, steady on his pins after far too many beers, bluff with women. He had his grandfather’s unruly black hair and also his glass-blue Irish eyes that, to his bitter regret, were colour blind. J J was barred from being a pilot when he joined up and had to train as a navigator instead.

Being a hero twice over has made him famous. Even though he is eighty-one and long retired when he dies, J J Kitching is eulogised in the papers and news bulletins as an icon of a time when war meant self-sacrifice and players were good sports; when first teams were amateurs playing for the love of the game, and the cash they received in small brown envelopes covered only bus fares, liniment for sore muscles, a mixed grill with a line-up of cold Castles after the Saturday afternoon match, and a box of Black Magic for the girlfriend.

The current Springbok captain says, ‘J J was one of the very best.’

‘The grand old man of KZN rugby,’ is the Sharks captain’s tribute.

‘They were an unforgettable team and damn nearly unconquered. Won thirty out of their thirty-one games against Britain and France.’ The curator of the Rugby Museum at the Sports Science Institute in Newlands leads reporters to a photo of the 1951/52 Springboks and points out J J. ‘That’s him. Kitchen Boy. One of the all-time greats.’

The few remaining Moth comrades in his Shellhole sing ‘Old soldiers never die’ with eyes like sad old bulldogs, then raise the beer glasses in their freckled paws to recite the mantra of their dwindling band: ‘At the going down of the sun and in the morning, we will remember them.’

John Joseph Kitching has fought to the end against the prostate cancer invading his spine and brain, refusing morphine on the grounds that men need clear minds going into battle, though Shirley adds drops of it to the water he sucks feebly from a sponge. As he drifts in and out of consciousness, nightmares swoop like returning bats through his last waking thoughts. Shell-shock, they’d called it in 1945 after the prisoner-of-war camps were liberated and their gaunt inmates flown to convalescent hospitals in England.

He dies remembering war, with his mouth open in a soundless scream.

The hospice sister eases his jaw, gentling his expression before she leaves the room.

The house of death is buzzing. For the past week, Hugh and his sister Lin have been sleeping there so they could be with their mother when it happened. Hugh comforts her while Lin calls and deals with the doctor, relatives, friends and neighbours, but it’s late morning before the undertaker’s black van whispers up the drive. Hugh sees it from the side window of the bedroom where Shirley still numbly sits – J J is cool now, his face and fingertips turning a purplish blue – and he goes down to meet it.

Two men in khaki lab coats are at the back doors of the van pulling out a folded stretcher. As they come towards him Hugh wonders if they’ve escaped from a comic strip. The short fat one with the clipboard has a cascade of chins and thinning hair plastered flat with Brylcreem. Shambling next to him, carrying the stretcher, is a gawky assistant with a ginger brush cut. Arcs of miniature unicorn horns in polished copper radiate from the tops of his ears.

The short one holds out a row of fingers like raw pork sausages. ‘Pleased to meet you, sir. We’re from Digby & Smith, your superior interment service. Sorry for your loss.’

The fingers are cold, as though just taken out of a fridge, but Hugh manages not to flinch. ‘Thanks. At last. This way.’

Perky? Somewhat puzzled, Hugh gestures at the main bedroom with its now-redundant medical equipment. ‘My father’s in there.’

Shirley struggles up from her chair by the bed. Purkey bustles forward and pumps her hand. ‘Good morning, madam. I’m Purkey from Digby & Smith, your superior interment service. My sincere condolences. He was a great man, your hubby. It’s an honour to attend a Springbok.’

She manages a quavery ‘Thank you.’

‘But alas, the Lord giveth and taketh away
.
’ Purkey lets go, his chins trembling with emotion. ‘O death, where is thy sting? First Epistle of Paul to the Corinthians.’

Shirley starts weeping again and Hugh puts an arm round her shoulders. ‘Stop that. You’re upsetting her.’

‘Excuse
me
. It’s part and parcel of the procedure for the newly bereaved as laid down by Mr Digby Senior. We try to ease the way. Don’t we, Clyde?’

Blacklisted: Blacklist Operations Book #1 by Lauren Devane
Drive and Determination by Louise, Kara
[Barbara Samuel] Night of Fire(Book4You) by Unknown
Amity & Sorrow by Peggy Riley
The Spy's Little Zonbi by Cole Alpaugh
Something in Between by Melissa de la Cruz
Breach of Trust: How Americans Failed Their Soldiers and Their Country by Andrew J. Bacevich
The Shipwrecked by Fereshteh Nouraie-Simone
Say You Love Me by Patricia Hagan
Killing America's Sweetheart: A Natalie Miller Mystery by Ella Meeks
Our partner